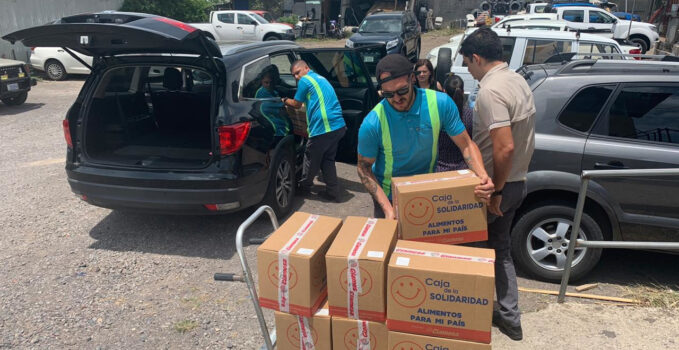 Posted On 2020-06-15 In Covenant Solidarity in Times of Coronavirus, Projects, Schoenstatt - Reaching out, works of mercy

March arrived, a month of great significance for Costa Rica. The 19th was awaited with great illusion, because the anniversary of the blessing of our Family of Hope Shrine would be celebrated. Everything was going relatively normally and the preparations for this great day continued. News arrived from the old world that Milan was suffering from the contagion of a virus that came from China, and at the same time they informed us that Madrid had its first victims.  These events seemed so far away.— 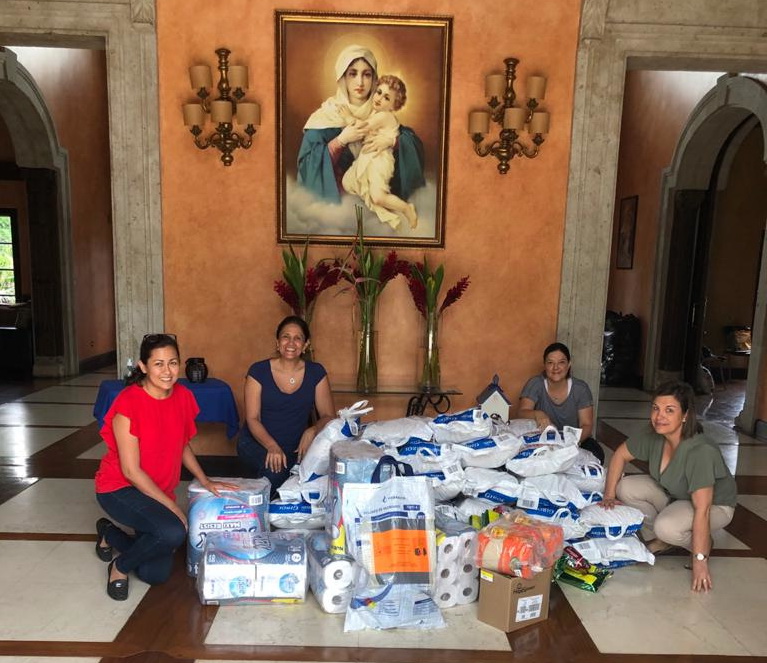 At the beginning of the second week of the month everything started to change.  By the 19th, public activities at the shrine had been suspended. The first official recommendations were issued, warning about the importance of constant hand washing and the use of antibacterial.   For the first time, in a country where greetings are of kisses, hugs and holding each other, we were told to start greeting each other in a distant way. For all of us it was an amputation of expression, but we gave in in the hope of not catching this virus.

Little by little we saw the storm of the virus approaching. The clouds were advancing.  To protect the country, the government authorities dictated restrictive measures that would have repercussions on the country’s economy: closing borders and closing businesses, which would bring the social consequence of a massive layoff of workers. 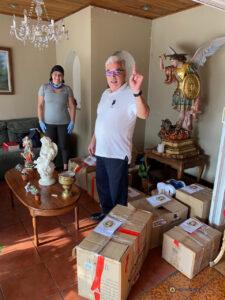 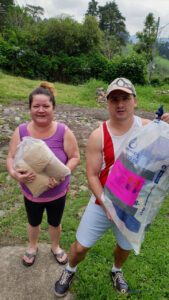 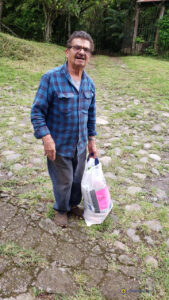 The need to seek out the suffering brother

Sensitive fibers woke up in our hearts.  The need to go and find the brother who is suffering, especially the one who has received the news that tomorrow he will not have a job.  There were still no concrete measures of help from the government or movements, but the Schoenstatt Family began a campaign of solidarity and hope. As soon as the first supplies were collected, we knocked on the doors of the social ministries of the churches.  We were received with surprise, still in a state of shock, because our lifestyle had abruptly adopted the motto “stay at home”.  Grateful that we had arrived without being asked, we immediately began to bring hope and love to the homeless and those directly affected by the scourges of the COVID-19.  The families received a month’s food for their tables and all our support to at least have two more months of sustenance or the time needed to stabilize their economic condition. 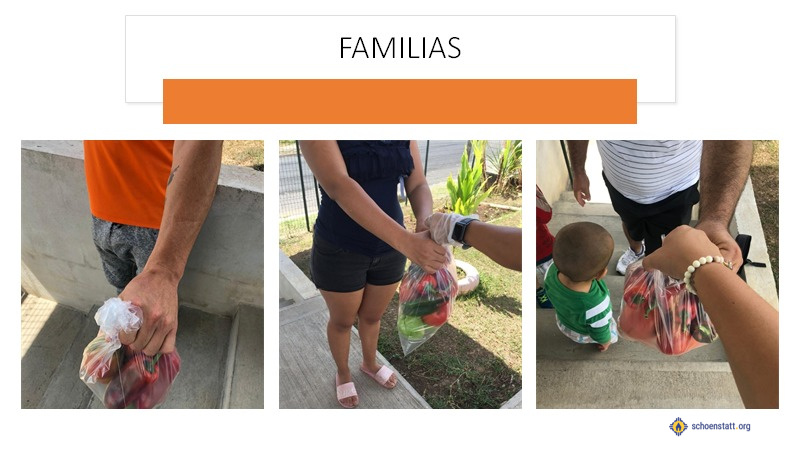 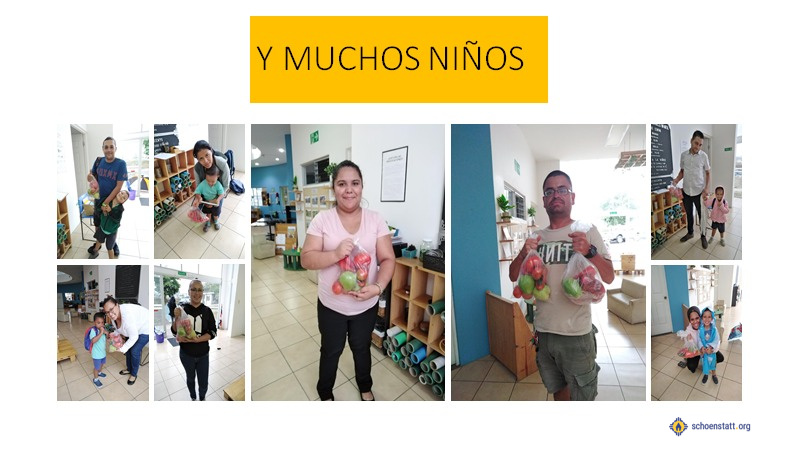 Schoenstatt, what do you do for the parishes you are in?

Our strength has been especially concentrated in the communities and parishes to which we belong as a Movement: The Juan Pablo Segundo Parish of Dulce Nombre de Tres Ríos, which is where the Schoenstatt’s Hermitage of La Unión belongs, as well as the parish of Curridabat, which houses the headquarters of the East and the community of Santa Ana, which is where the national shrine, Familia de Esperanza, belongs.

With the generosity of so many people who supported, and continue to support, unconditionally the campaign that we call “a diary of hope”, we have taken 73 diaries to these communities until today, May 23rd. The seriousness and reliability that we inspire have attracted different producers who have contacted us because they need to be sure that their donations will reach the most needed ones.  This has allowed us to deliver 550 kilos of vegetables and fruits such as sweet chili, tomatoes, oranges, pineapples and chayotes to more than 400 families. 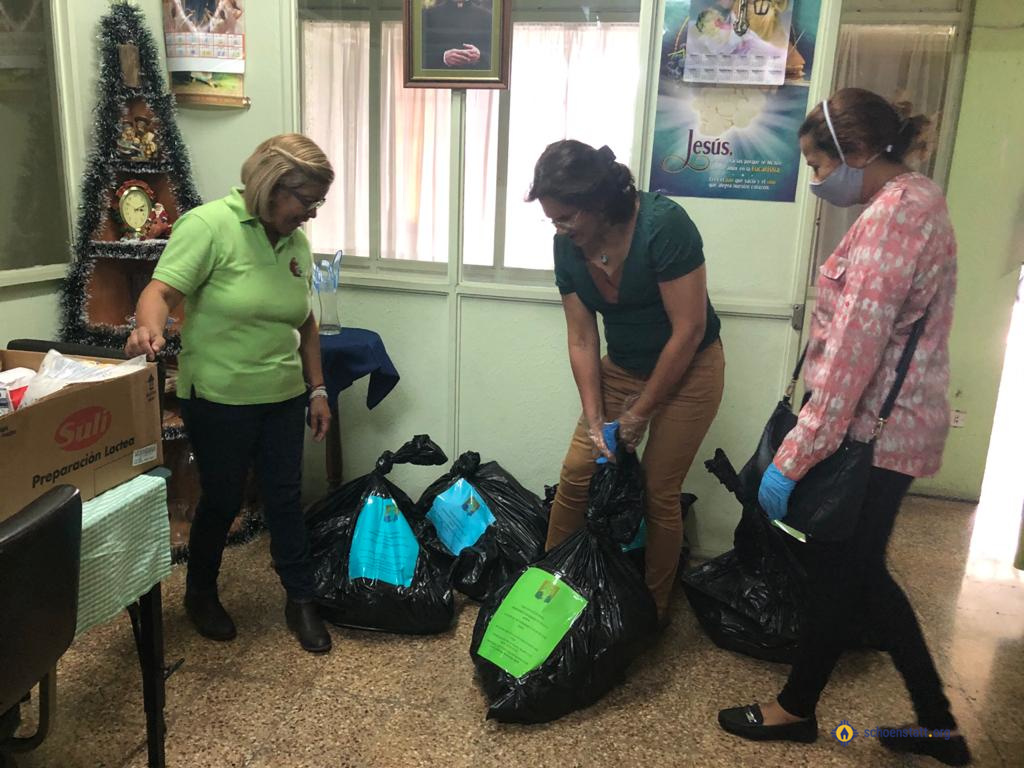 We have also tried to help using an additional source that also puts a stamp of the community. A neighbor of Dulce Nombre sews the bags, in which the dailies are delivered.  As the campaign has progressed, government guidelines have been changing and it will be necessary to use the mask more frequently. This has led another neighbor to make them and we are including them inside the newspapers in what we call a “small protection kit”, which contains a bottle of antibacterial and the mouthpiece, along with printed instructions for its correct use.

Maria Ayuda, with its participation, has tried to bring to life that scene in Cana, when Mary tells Jesus that they are missing the wine and Jesus sends to fill the jars with water.  Today, many families are lacking. Jesus looks at us and asks us to fill the jars with our creativity, economic contributions, time, and prayers, and we have done so.  Just as the water had turned into wine when it reached the hands of the master, we are certain that on our way, Jesus will turn the diaries that we hand out into an embrace of hope and love for those who receive them.  These families will read the message that each diary carries and will feel with conviction his words: “Everything will be all right”.  Because Jesus takes care of his siblings and the Mother takes care of her children. 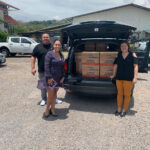 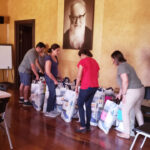 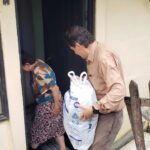 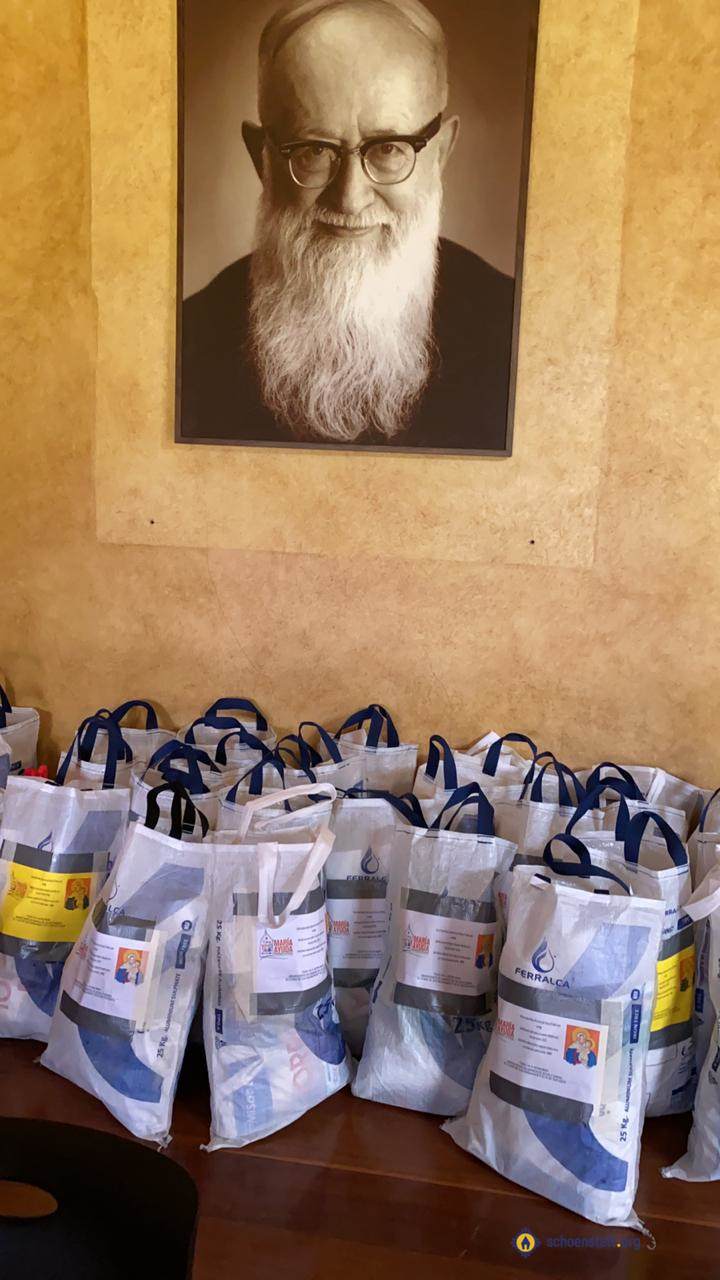 The Schoenstatt pleasant to a social saint