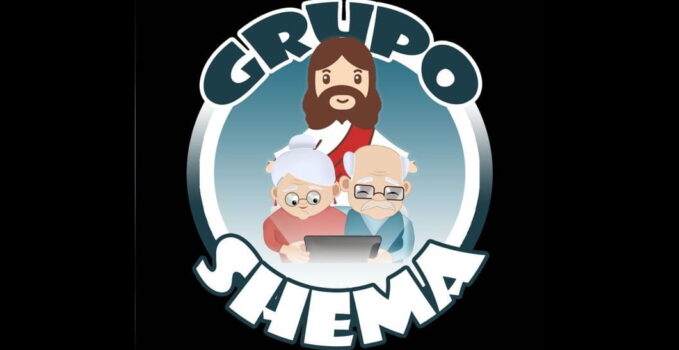 Posted On 2020-05-25 In Covenant Solidarity in Times of Coronavirus, Schoenstatt - Reaching out

And the Queen is counting on us

For me, the confinement began on March 10 due to a pneumonia that to this day I do not know if it was COVID-19.  Already medicated and with the antibiotic in place, I began to have an urgent need to “do something”. I even contacted a hospital to help (innocent of me) make calls to the relatives of sick people, since what worried me most from the beginning was the loneliness of people who were dying without any hands on theirs. —

Here I learned that, because of the data protection law, you can’t get very far. In my home shrine I asked our Mother every night to help me find the way to serve those who needed it most.

One afternoon I read in a chat room of Eduvida, where there are several monitors of pre-marital courses that had helped a parish priest of a small town of Valladolid with 1000 inhabitants, that this priest was alone in the morgue accompanying a man who, not being able to bear the loneliness, had ended his life. I contacted the parish priest and we decided to help him make phone calls to elderly people who were confined to their homes. This priest gave us many telephones, with prior notice and consent from the people to make such calls to them.

The response was quick and volunteers came from all over, many more than elderly people. We contacted Caritas and residences, but because of the so-called data protection law we were not given any telephone numbers.

The testimonies of the  distressed elderly citizens

This is how the Blessed Mother was crowned.  The testimonies of the older people are chilling: “That the Government of Spain wanted to kill them because they were old and there were no devices for them…”, “That they could not get sick because they were not allowed to go to the hospitals…”, “That if they drowned they would have no one to go to…”. All this was because their only means of entertainment was television, whose news only brings despair and fear to so many elderly people. This is what we found in every call we made.

So we set ourselves a clear objective: with so many volunteers, each one would call one person once a week, so that if I had “Lola”, she already knew that on Wednesdays I would call her, that on Mondays another one would call her and so on?

They await our calls with an illusion that I cannot describe in these lines: we pray with them, we sing, those who cannot read because of their lack of sight are read stories and, most important of all, they are listened to and encouraged to continue to be excited every day.

This is a time of enormous growth for all of us: volunteers and seniors. Among the volunteers there are people of all ages: young people, parents and even older people who also want to help. Everyone has put everything they know into making this happen, and even some young people from “minute one” made a logo with the word Shema that in Hebrew means call.

Something that has also touched me a lot is that this became from the beginning a project of an outgoing Church. The volunteers come from different movements and congregations. We didn’t look for them, but they came by word of mouth. Besides the common apostolate, sharing the same faith unites us.

How I would like to be able to share the testimonies of each one of them. The older ones are already thinking about how to organize the day of our physical meeting, in which we can all “put on faces”, because we know each other very well in our hearts, in sharing every week so many things that we live and long for, but we have not yet seen each other physically.

Of course, there will be a great celebration, but without forgetting the many people who have died on the way to this “plague of the 21st century”, a coronavirus that has taken thousands of people away. We cannot forget many who we have known and loved, but also others who, without having known them, have been the great heroes of this pandemic.

I hope that before this celebration we can have a great mass to unite our hearts with those who are in heaven enjoying the Lord and in the arms of our Queen. Surely she has been accompanying those who died alone.

For me this is the Schoenstatt that our Founding Father wanted 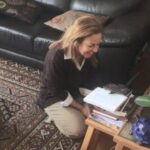 For me this is the Schoenstatt that our founding father wanted and for which he gave his whole life, for which he risked his years of exile and the concentration camp of Dachau. As his children, we have to go out into the world, and of course, when you are on the right path, the Blessed Mother opens the doors wide.

I feel that we have only entered through that door that was opened and the resulting creator was the 300 volunteers and almost 50 older people in one month. Now Soledad Menéndez is responding to the Shema of Argentina and Chile.

The real crown is not a material element 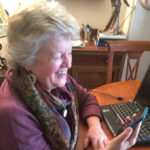 We have crowned the Blessed Mother, but I have understood that the true crown is not a material element that is placed on the head of our beloved Mother, rather it is all the Capital of Grace, the suffering and each one of the lives of our elders who have been the authentic heroes and heroines of this Story. Each one of them, without knowing it, has “crowned” our Queen with a crown of suffering, pain, loneliness and, in many cases, of desperation. I firmly believe that this is the great crown that the Blessed Virgin has been most moved by as our Mother.

We pray: Queen of Health, count on us. And the Queen is counting on us.