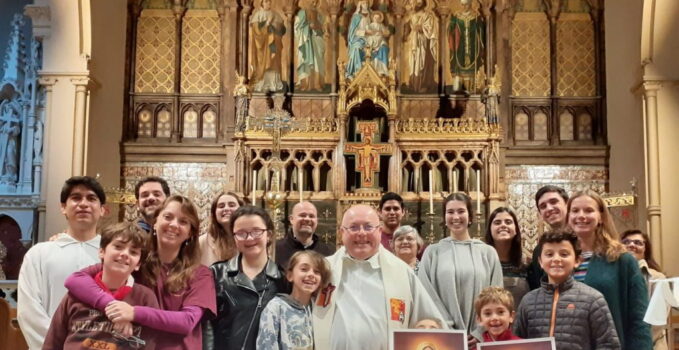 Following a first get together of members of Schoenstatt living in the London area, a larger meeting called “Schoenstatt away from Home” was offered Saturday, 12 octobre.  —

We were very grateful to Fr David Barrow whom Carmen, one of the volunteers at the Schoenstatt Shrine in Bolton, Manchester, contacted to ask if we could meet in St Charles Borromeo in Ogle Street Westminster. There were 14 adults and seven children came to meet up with Julio, Ignacio, and Fr. Bryan Cunningham. The family of Benjamin and Isabel Sotomayor where there to help run the programme for the day. Carmen could not come because she was traveling overseas that day. 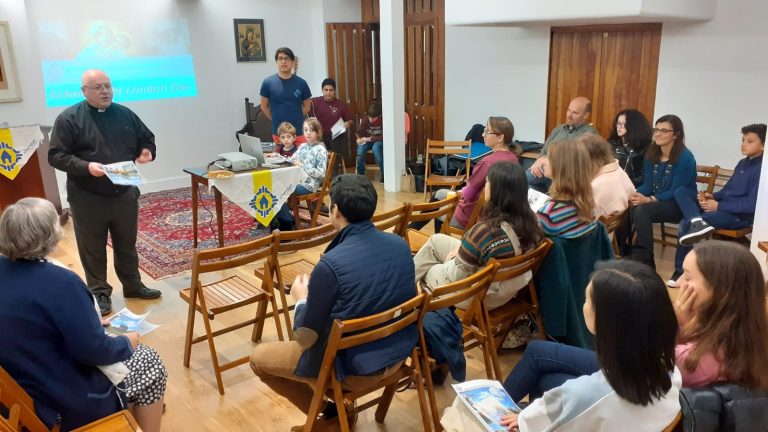 Schoenstatt away from home

We looked at the theme of ‘Schoenstatt away from home’ because none of those who attended were born Londoners but studying or working in the nation’s capital city. We looked at the many times Fr Kentenich was ‘away from home’ ; as a child in an orphanage, after the start of Schoenstatt he moved out because of bad health, during the 2nd World War he was imprisoned in the concentration camp of Dachau and in the fifties and sixties he was in the USA. Interestingly enough every time Fr. Kentenich was away from home there seemed to be something good coming out of it. From the orphanage he went to the Pallottine Seminary.

When he had to leave Schoenstatt and go to Engers it was the time he started with the Lay Movement and with the community of Schoenstatt Federations. In Dachau he founded the community for families, the institute for Schoenstatt Brothers of Mary and he started ‘Schoenstatt International’. Later he was to encourage the networking of Shrines of a national and international basis and vehicle in USA he instituted the Home Shrine and the Heart Shrine, and he supported the Pilgrim Mother started by João Luiz Pozzobon in Brazil. Our thinking was that for all those now living, working and studying in London this could be a real invitation to receive the grace of a special mission at this time of ‘being away from home’.

We decided to make contributions for the Capital of Grace by praying each day for our London beginnings – Schoenstatt away from Home and pray the ‘Hail Mary’. The next meeting will be the 30 of November 2019, hope to see you there. 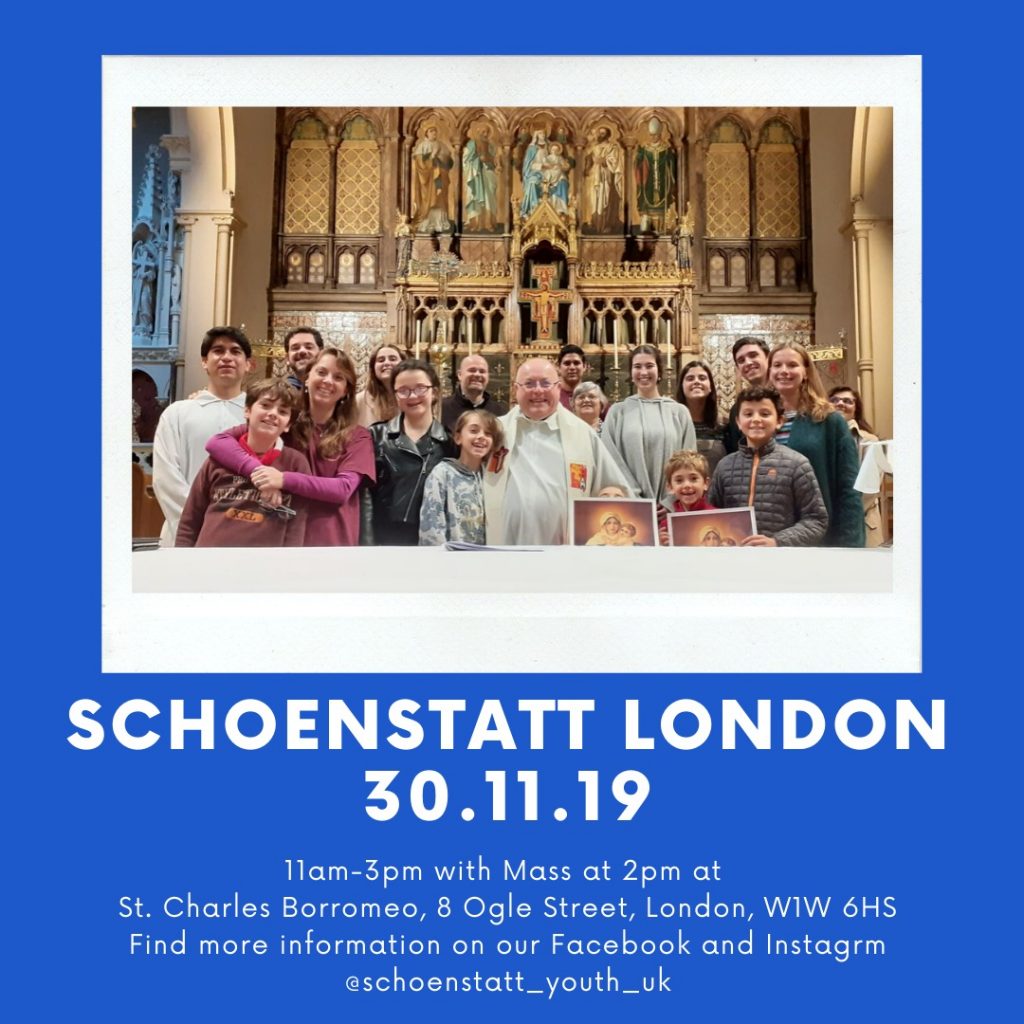 Source: Newsletter of the Schoenstatt Movement in England and Wales