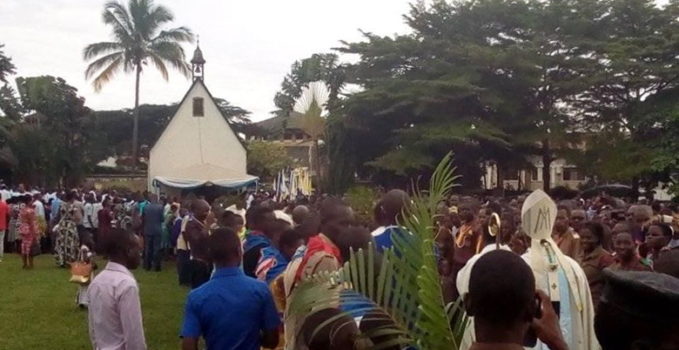 Closing of the Marian Month at Mount Sion Gikungu Shrine

On Sunday, May 26, 2019, to celebrate the closing of the Marian Month of May, the Schoenstatt Shrine at Mount Sion Gikungu welcomed many pilgrims from all the parishes of the Bujumbura Vicariate and surrounding areas, belonging to the Catholic Action Movements falling under the Diocesan Coordination for the Lay Apostolate (CEDAL).  —

A large procession of the faithful and CEDAL members began at Kamenge Military Hospital. Hymns and dances in honour of the Blessed Virgin Mary accompanied the pilgrims.  The theme of the pilgrimage was ”For the Almighty has done great things for me, Holy is his name” (Luke 1:49). 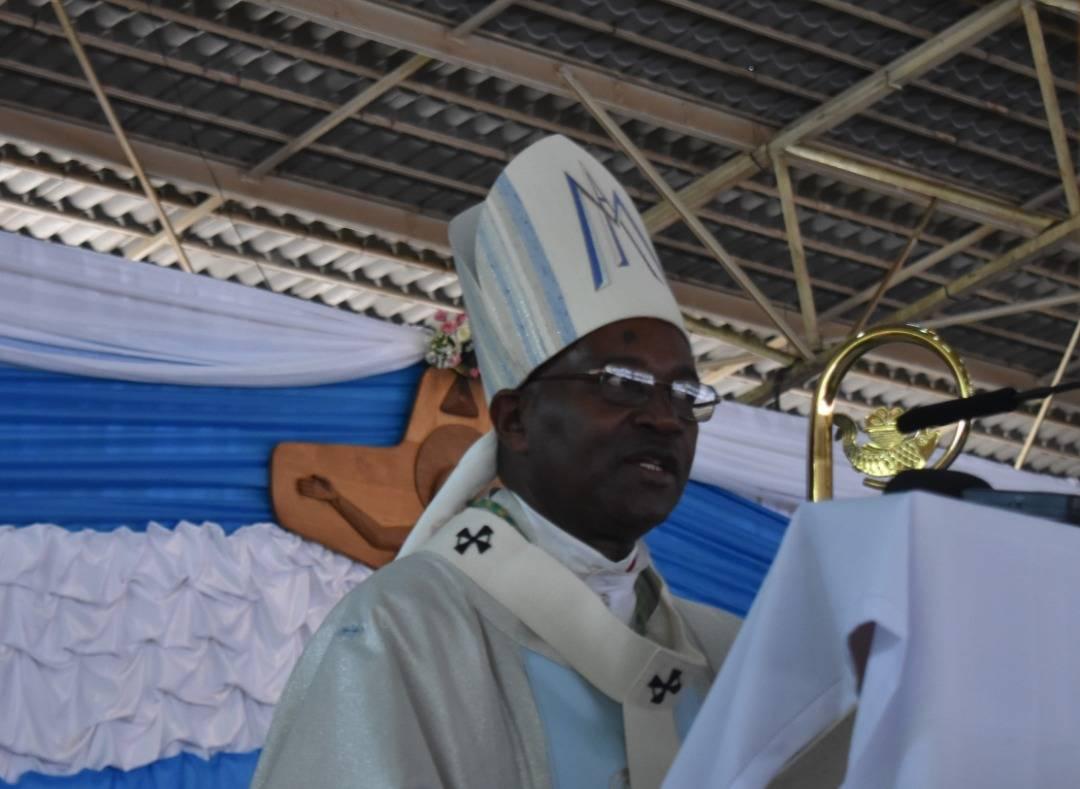 The day’s celebrations were enhanced by His Excellency, Archbishop of the Archdiocese of Bujumbura, Gervais Banshimiyubusa and the ten concelebrating priests.  In his welcome address, Fr. Félicien Nimbona, the rector of the Mount Sion Gikungu shrine, recalled that since 2001, representatives of the Catholic movements had asked the Archbishop of Bujumbura to attend the opening and closing ceremonies of the Marian Month. This decision was made at a time when other churches were spreading teachings that tarnished the image of the Blessed Virgin Mary. He went on to say that “Our Queen reigns in our hearts.   Our country belongs to the Blessed Mother. « The Archbishop was invited to lead the Mass.

The flags of the different movements could be seen inside the Church of the Holy Trinity of Mount Sion. Mass began at 9:30 with music by especially chosen choirs. 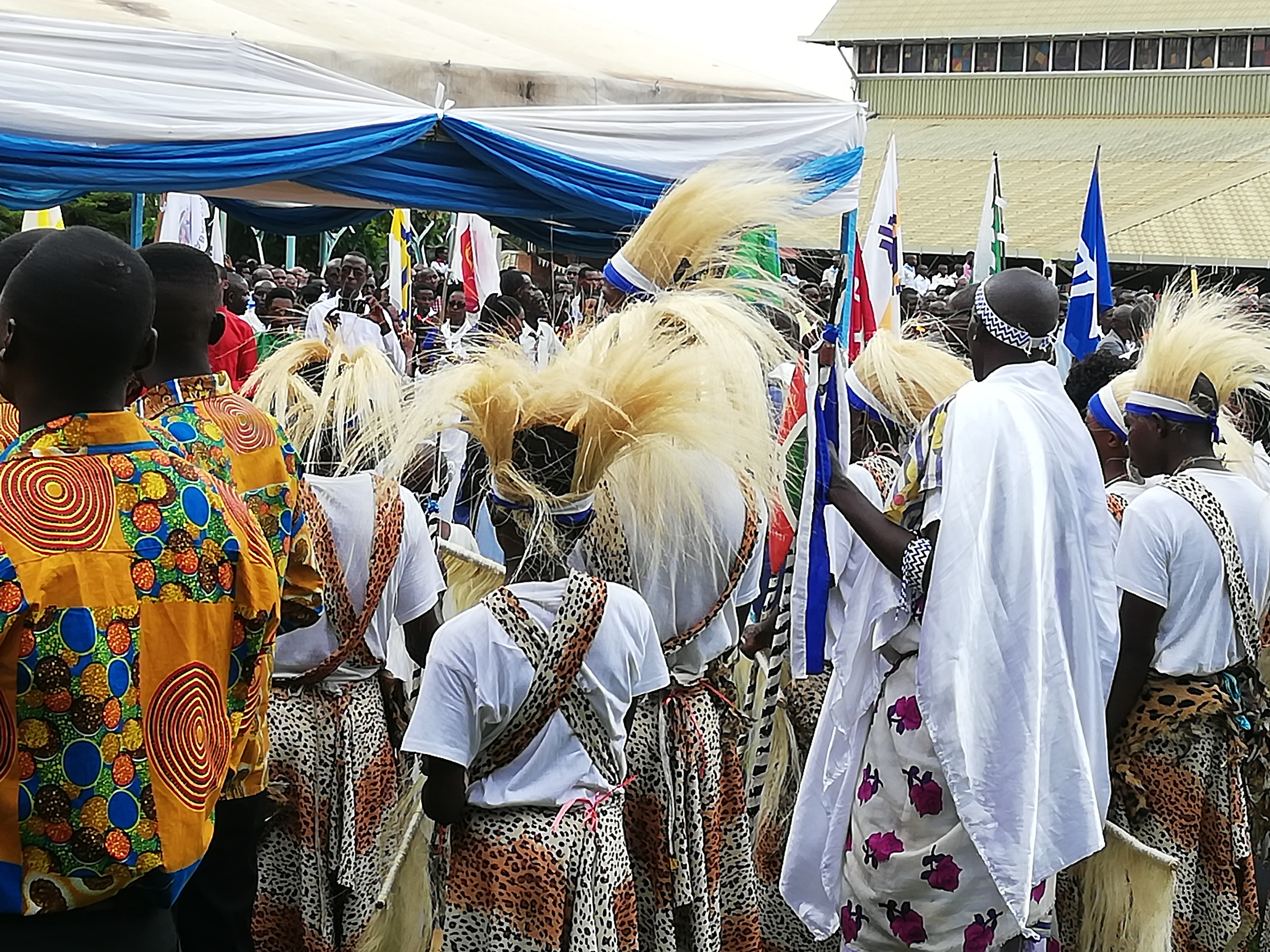 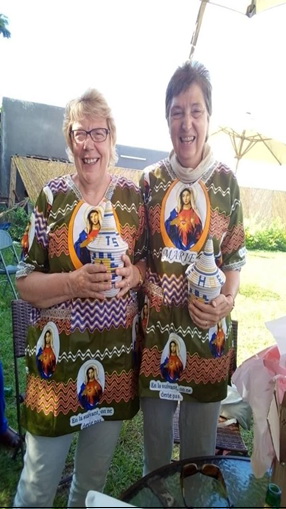 In his homily, the Archbishop of Bujumbura recalled that the last Sunday of the Marian month coincides with the day when Christ gave a testimony of peace to his disciples. He highlighted the joy that reigns Christians who choose Jesus and his Mother. The archbishop urged all Christians be witnesses to peace in their lives and communities. He focused on the message of love, reminding the faithful that God is Love and that this love reigns in their hearts. Christians must be peacemakers and share peace with others as Jesus did with us, said the archbishop.  He emphasized that peace has three pillars: truth, justice and love that lead us to forgiveness and freedom. Every Christian is called to live these pillars of peace everywhere.  These pillars also help the members of the Catholic Action Movements be model Christians characterized by mutual help.

In his address, Jeremie Bukene, the CEDAL superior for Bujumbura, representing the pilgrims, thanked the Lord and the Blessed Mother for making the pilgrimage possible.  He also announced that the members of the Charismatic Renewal have begun their Jubilee Year. He thanked the Catholic Action Movements members present for respecting their mandate and for their discipline. In closing, he asked all the faithful to remain calm, especially during the upcoming 2020 elections in Burundi.

He also greeted representatives of the Chalice Family from Germany,  members of the female graduates branch (academics), who have spent three weeks in Burundi, where the group was recently founded with about 120 members.

At the end of Mass, the faithful processed from the great church of the Holy Trinity to the Shrine where the Archbishop gave the final blessing.

The Marian month began on April 28, 2019, a day that was marked by three important events:

After Mass, the Catholic Action Movements members prepared a celebration in front of the shrine, increasing the atmosphere of celebration. 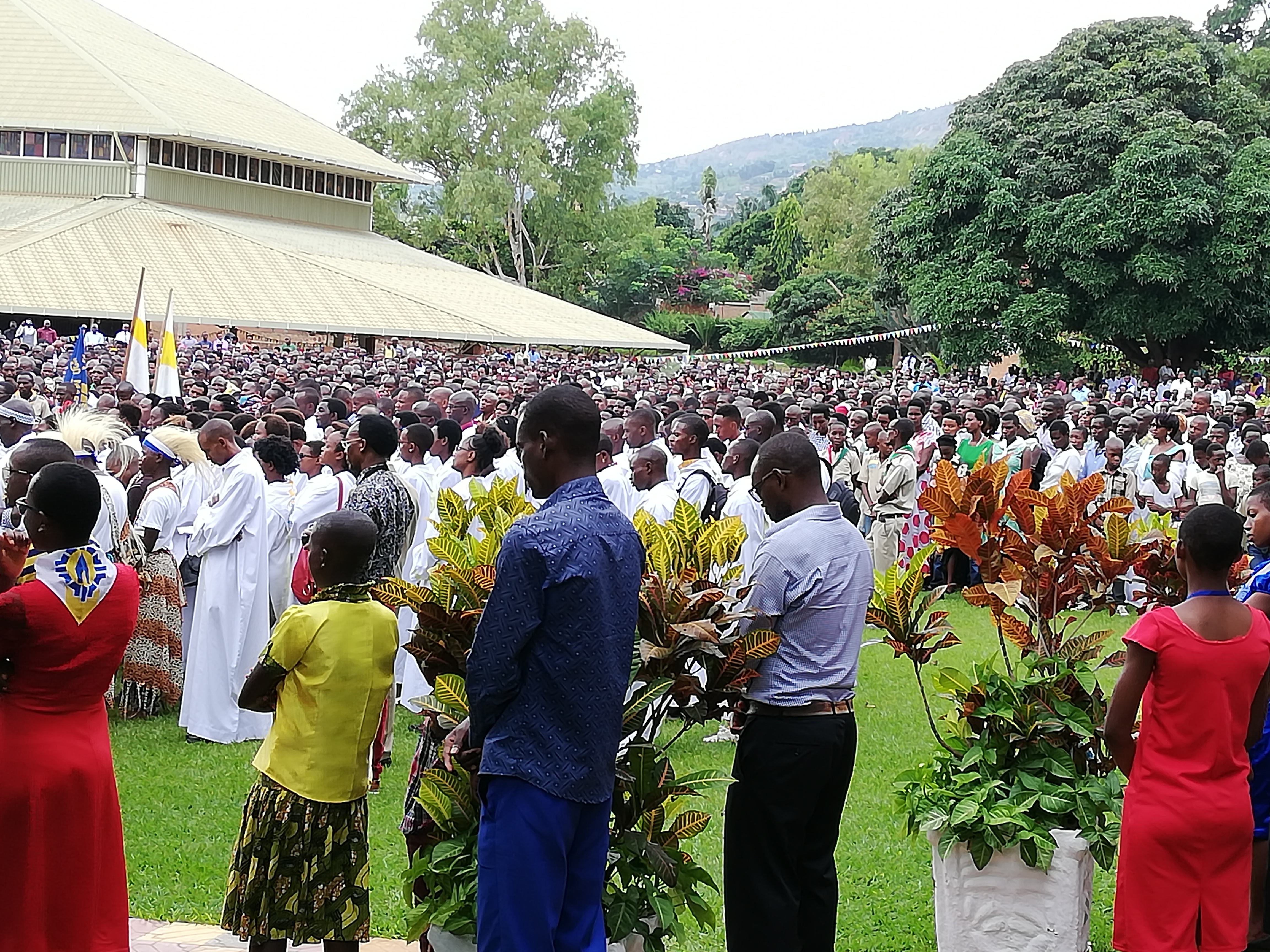