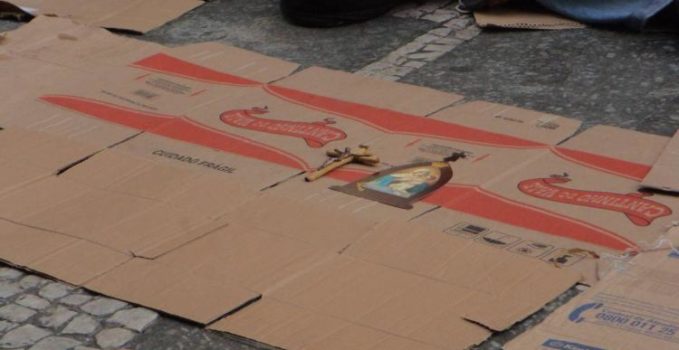 “Wherever Schoenstatt is …should there still be misery?”

This simple and profound question was enough to awaken a concern and to motivate the Schoenstatt Boys’ Youth from the Southeastern Region, to go out to encounter their homeless brethren in São Paulo, from 9 through 11 February. — 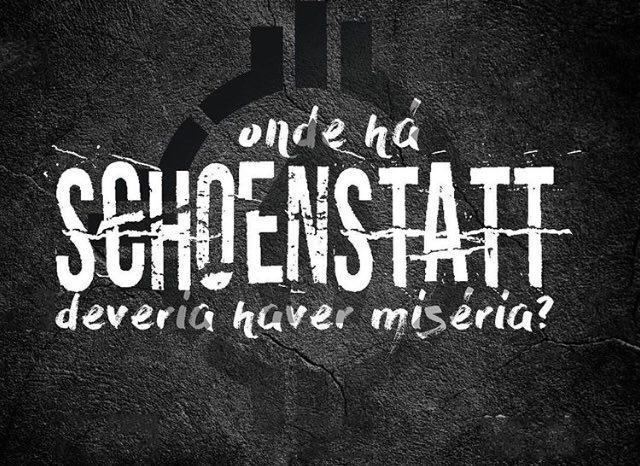 But it was necessary to learn more and the response came from the contact with Fr. Ailton, regional adviser, with Misión Belén, who has worked in the capital’s center for some time and helps street people. The first day, Jaraguá’s Sion Shrine Boys’ Youth representative went to the Belén neighborhood to meet with other missionaries, who could teach how to carry on the mission.

Detachment was an important lesson to learn in the mission of taking Christ to people on the streets who are really embedded in this reality. With just a change of clothes, a pair of sneakers, two trash bags to use as a backpack and money for fare, the Boys’ Youth’s thirteen members from Jaraguá/SP, Vila Mariana/SP, Atibaia, Campinas, San Bernardo del Campo and San Sebastián del Paraíso/MG, and the two advisers, Frs. Ailton and Afonso and the seminarian Vitor Possetti went on mission with some of Mision Belén’s missionaries. 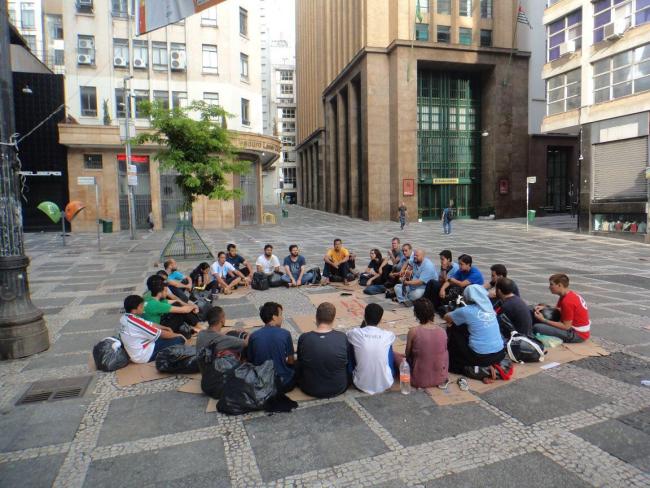 Finding those God has placed on the way

The mission’s first afternoon was spent in Sede Plaza, and there the missionaries took the first step in really beginning their mission and encountering those God placed in their path. Through their conversation, the missionaries shared Christ in the streets, besides offering a clear change of life, and directing the homeless to Misión Belén’s house of shelter. After this, everyone was invited to participate in a Mass in the square in front of the Cathedral. With little organization and people walking around without having any idea of what was happening, the experience became even greater.

At night, the missionaries used cardboard boxes to protect themselves from the cold, and with a couple of covers, they slept on Patio del Colegio’s grounds, a place of great historic importance for the beginning of Sao Paulo. That day it was the most valuable thing that the missionaries and some homeless people had besides the starry sky as a roof.

The second day, after Morning Prayer and the Rosary, the first meal necessitated a humble attitude for begging in order to obtain something to eat. Everything they got was contributed to that of the missionaries for a communally shared breakfast with other brothers.

Very close by, an enormous contrast was observed; on one side, Sala São Paulo, a site frequented by important names in music and people from the upper class, and on the other side and easily visible was “Cracolandia”, (Crack land), an area where large group of drug addicts are concentrated. The missionaries were also there, and they encountered people who as addicts are unable to live their lives, desires, dreams, conquests, family, and a great majority of the time of faith and prayer. 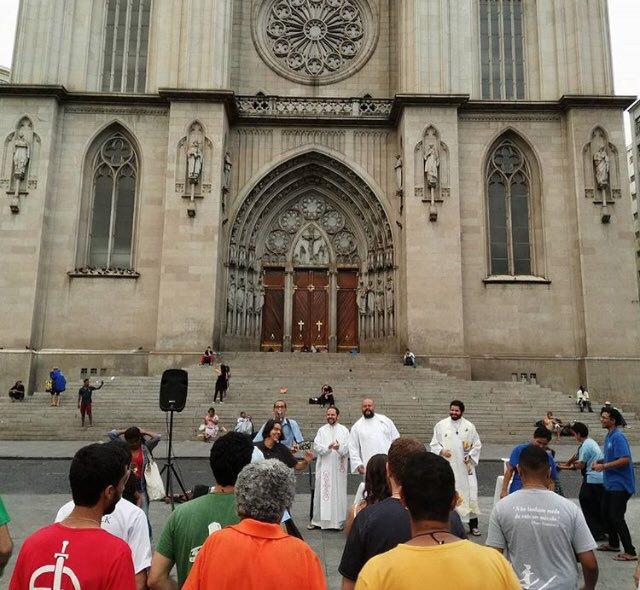 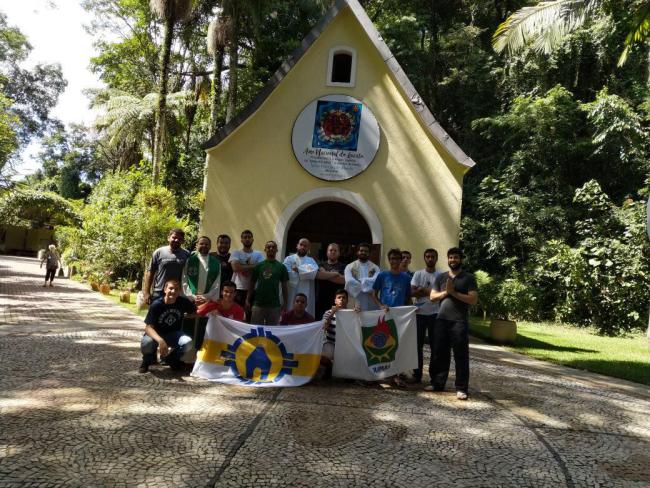