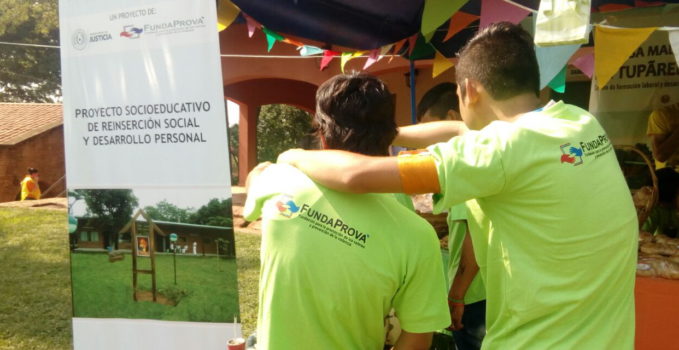 Posted On 2017-12-07 In Mother of Tuparenda House, Schoenstatt - Reaching out, works of mercy

A surprising witness: how a First Communion at the Juvenile Detention Center remains in one boy’s soul

On that 18 October 1914, she promised us: “Then from there I will draw youthful hearts…” Then, when did we prove with our deeds that we really love her? When we go out to take the covenant of love as a covenant of solidarity from the shrine to the peripheries. When we open our hearts and allow that in our hugs, in our lives, in our deeds, and yes, in our material donations, she, the Mother of all men and especially the most wounded, abandoned, forgotten, can touch the bodies and souls of Jesus’ brothers…

It is a leap of faith. It is believing that what was invested will bear fruit. How hard it is when a juvenile delinquent we have hugged, steals again, when the child that we have taken to school returns to the streets, when drugs, alcohol, the street, money…are stronger than all our solidarity and love! How hard it is sometimes to believe that no one who is given love remains unmarked– in the Prison Ministry of the Children’s Homes, in Mary Helps’ homes, in the 100 Houses of Solidarity, in Mother of Tupãrenda House, in the villas ministry, and in the Mission to the poorest places.

We believe it. Sometimes we experience it; like a week ago during a Youth Mass at Mother of Tupãrenda House in Paraguay, youths that after leaving the Juvenile Detention Center receive the graces and monetary contributions from the Ministry of Justice, the professional work of solidarity from Schoenstatters along with some donations, and a second, and in some cases the first opportunity, for a life of dignity.

“I want to tell you a short testimony that happened on Tuesday, a week ago.  We were in Mass in the shrine, with the boys from Mother of Tupãrenda House. Suddenly the door opened in during the Mass, the guard from the entrance came in, a dirty boy with torn clothes in tow; he looked familiar to me, but I could not place him.

Well he stayed for the entire Mass, then someone said that in the middle of the Mass, he left to cry so after Mass I talked with him. It turned out that it was Pepito, who had been at the Juvenile Detention Center in Ituagua, in 2015. He had even made his First Communion with us, he remembered it perfectly; then he was 18 and he had several stints at the Tacumbú jail since then always due to drugs, and now he had just come out of Tacumbú a few days ago showing up in Tupãrenda.

And I asked him, how he knew about this place. Because in 2015, we had just begun to dream with what is now Mother of Tupãrenda House.

It was precisely the Prison Ministry in Itagua that awakened the dream of offering something for the young men that were released from jail, certainly condemned to return, since there was nothing or no one who would help them to begin a different life other than stealing to survive on the streets.

Mass in the Juvenile Detention Center in Itagua

Transformation in an unlikely place

Fr. Pedro continues to share: “Then he told me that in Tacumbú during his last incarceration, he was with a boy named Pablito, who told him about the wonders of Tupãrenda.

Pablito is a boy who was at Mother Tupãrenda House for 15 days, after a weekend he relapsed, he got into a mess and he returned to jail. Everything that was invested in Mother of Tupãrenda House, all the love, all the effort was in vain. Or so it seemed.

“But take note, those 15 days, although it was only 15 days that he was in Mother of Tupãrenda, left a mark on the soul of that boy to such a degree that he commented about it to another boy (Pepito) and he ended up coming to Tupãrenda with great hope, as he was sleeping on the streets. He told me that he did not have contact with his family because it had been such a disaster that he did not dare to go home, and he preferred sleeping on the streets.

I asked him, how he arrived, how he found Tupãrenda?

He said he walked Route 2, and from kilometer 25, he began to ask where Tupãrenda was, and he walked until he arrived here.

“Take note of what we do. Although they are boys who are only here for 15 days, something remains in the soul, and in that boy’s First Communion in Itagua remained in his soul, thanks to our Prison Ministry team and the testimony of a boy who was only at Mother of Tupãrenda House for 15 days remained.”

Can you imagine what happens in the soul of a young boy who, Saturday after Saturday, receives a delicious snack, thousands of hugs, time to talk, a shoulder to lean and cry on, and Jesus and the Blessed Mother’s caress in the Sacraments?

Can you imagine what happens in the soul of a boy who lives in Mother of Tupãrenda House for nine months?

Can you imagine what she, the Mother of all men, does for these youths with the time, the love, the weariness, and the money offered as capital of grace?

“I want to thank all of you, because you cannot imagine how many seeds you sow, how many positive marks you leave in so many souls,” Fr. Pedro said to collaborators and benefactors of the Prison Ministry and Mother of Tupãrenda House. 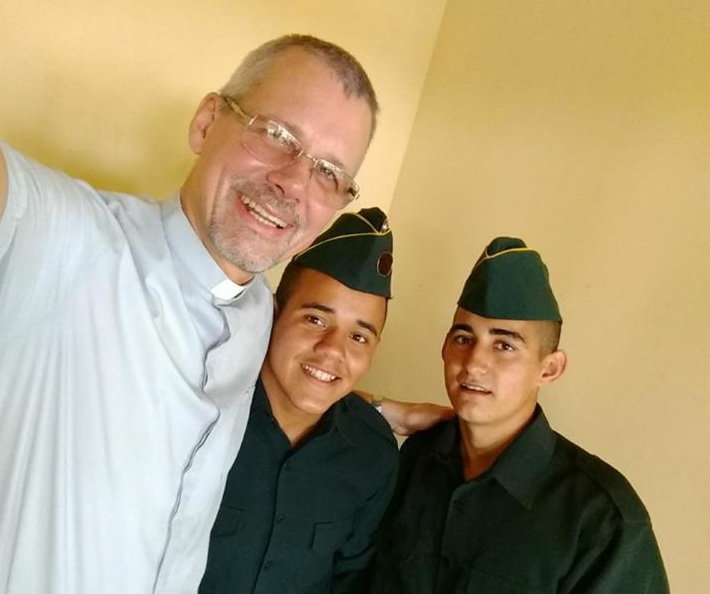 For the Prison Ministry

For the Mother of Tupãrenda House

The Parable of the Last Judgment continues, presenting the King who shuns those that during their lives did not concern themselves with the needs of their brethren. Those in this case are surprised and ask:  “Then they also will answer, “Lord, when was it that we saw you hungry or thirsty or a stranger or naked or sick or in prison, and did not take care of you?” (Matt. 25:44) Implying, “Had we seen you, surely, we would have helped you!” But the King will respond: Then he will answer them, “Truly I tell you, just as you did not do it to one of the least of these, you did not do it to me.” (Matt 25: 45).  At the end of our life, we will be judged on love, that is, on our concrete commitment to love and serve Jesus in the smallest and neediest brothers and sisters. That mendicant, that needy person who reaches out his hand is Jesus; that sick person who I must visit is Jesus; that inmate is Jesus; that hungry person is Jesus. Let us consider this.” 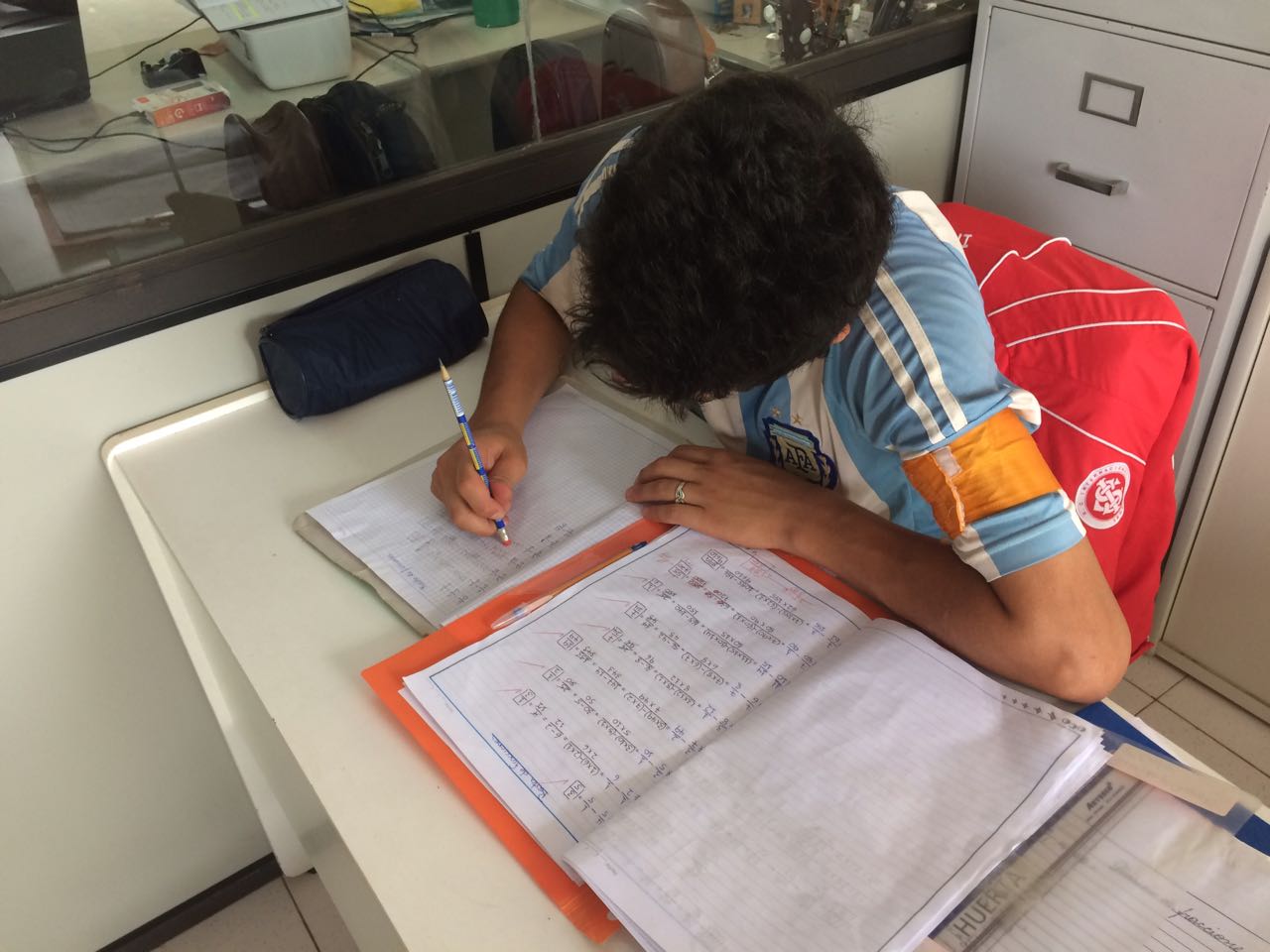