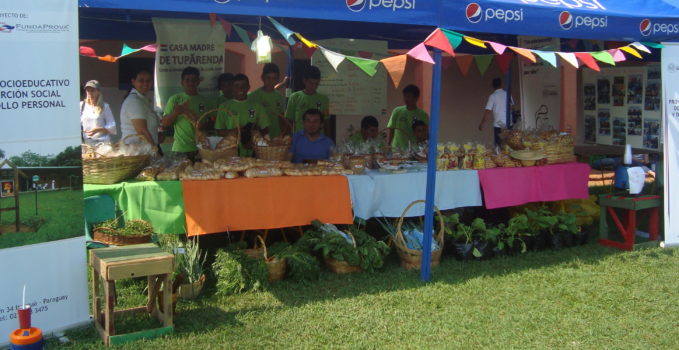 Posted On 2017-11-09 In Mother of Tuparenda House, Schoenstatt - Reaching out

Their expressions reflect being like one more pilgrim in Tupãrenda

Since early morning, hundreds of pilgrims arrived at Mary’s dwelling in Tupãrenda. The boys from Mother of Tupãrenda House also arrived, before the 8:00 am Mass as usual… But this day was like not the previous ones… There was a great deal of movement: people, vehicles, automobiles, and large buses that parked on the grounds of the national shrine of Paraguay. It was Our Lady of Schoenstatt, our beloved Blessed Mother’s Day. Every year on October 18, thousands of pilgrims arrive in Tupãrenda from all the corners of the country; they are filled with enthusiasm because once again they greet their Mother Mary.

Mother of Tupãrenda House had also prepared with a novena. Each morning, before beginning their activities, a daily reflection was read, and they prayed a prayer together. Hearts were prepared to meet the Queen of the house once again. However it was not like most Tuesday’s weekly encounters, instead this promised something greater, a celebration of the Mother Thrice Admirable of Schoenstatt. 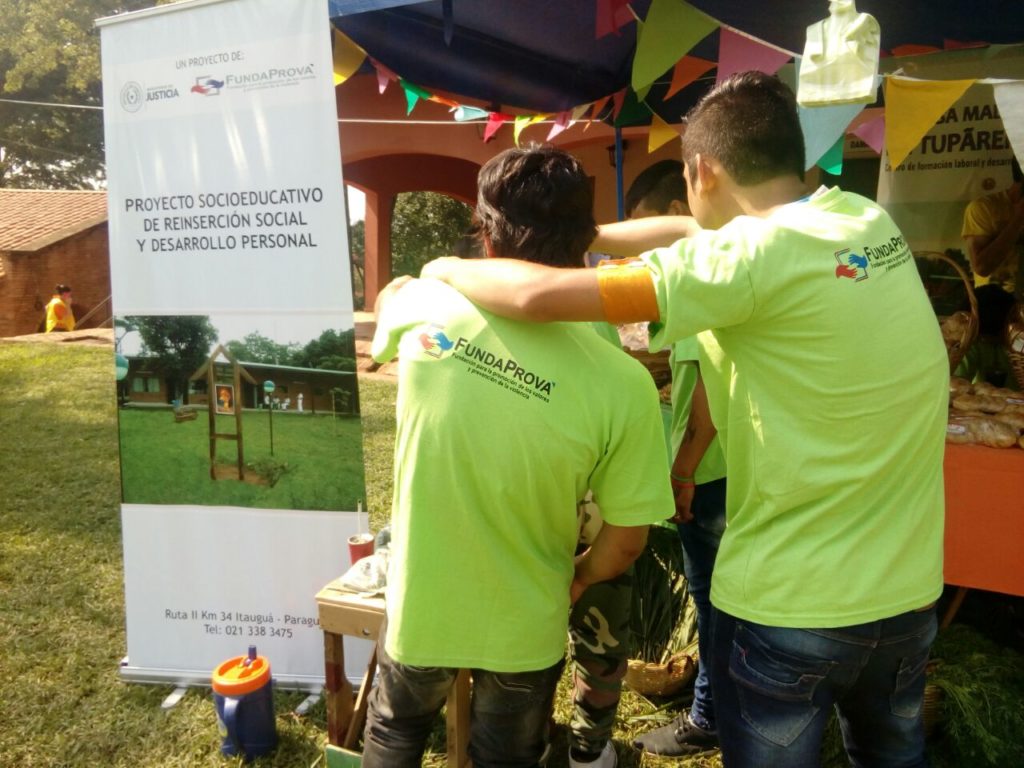 Among the dozens of tents set up, there was one from Mother of Tupãrenda House, where participants of the program show and sell the products that they made to the pilgrims. There are several products from “traditional secos” (in the shape of little sticks and donuts), to more sophisticated, upscale items. With regular and new customers’ compliments flowing, sales increased until everything was sold.

The boys from Mother of Tupãrenda House, wearing a distinctive, green t-shirt with the Fundaprova logo, moved among all the pilgrims in the most natural way. Some of them demonstrated their great skill in attracting customers and initiating pleasant conversations with the visitors, who were very happy and admired them for the project and also the products the teens had made. 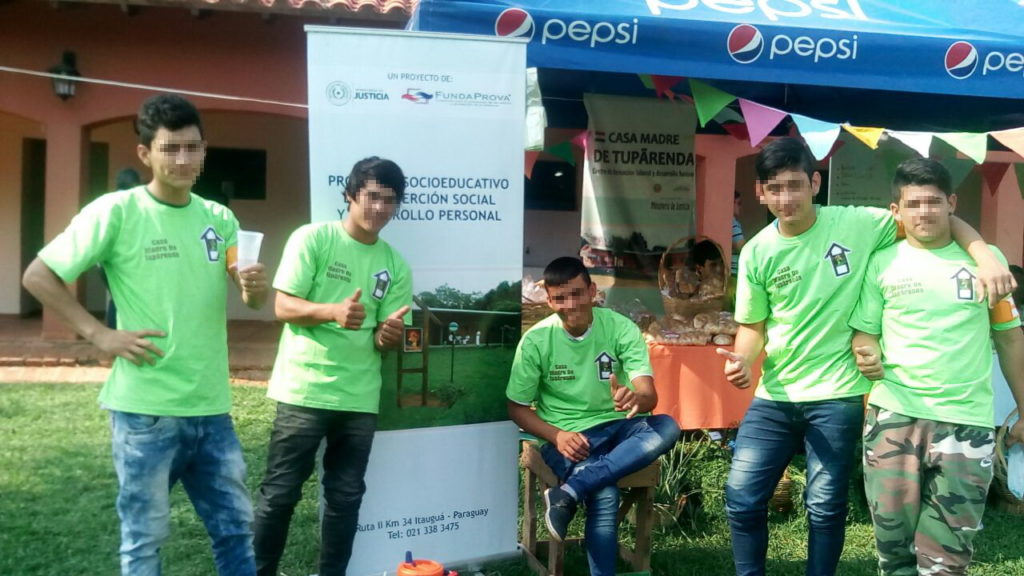 Fr. Pedro Kühlcke passed by the tent briefly to greet the boys, before going to the confessional area that always has long lines. “The greatest joy of all is in seeing the joy on the faces of every teen from Mother of Tupãrenda House, since they feel like one more pilgrim in this multitude of pilgrims (which in fact they are) gathered around the Tupãrenda Shrine. 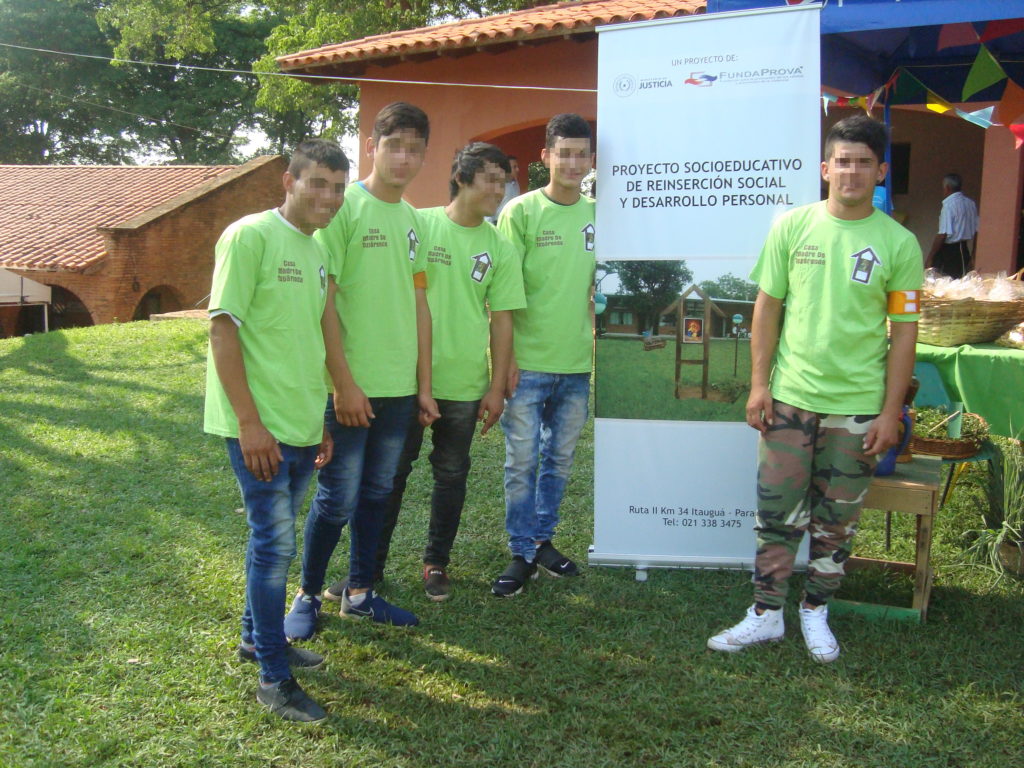 So they may know society needs and accepts them

Undoubtedly it is the most comforting thing for each of the those who work with and know of Mother of Tupãrenda House program’s objective– making every teen feel that their past mistakes do not make him less of a person than others. On the contrary, it makes him more than ever a part of that society that needs and accepts him as he is. We continue to grow with you, offering opportunities to these youths who give us the hope that it can be done. 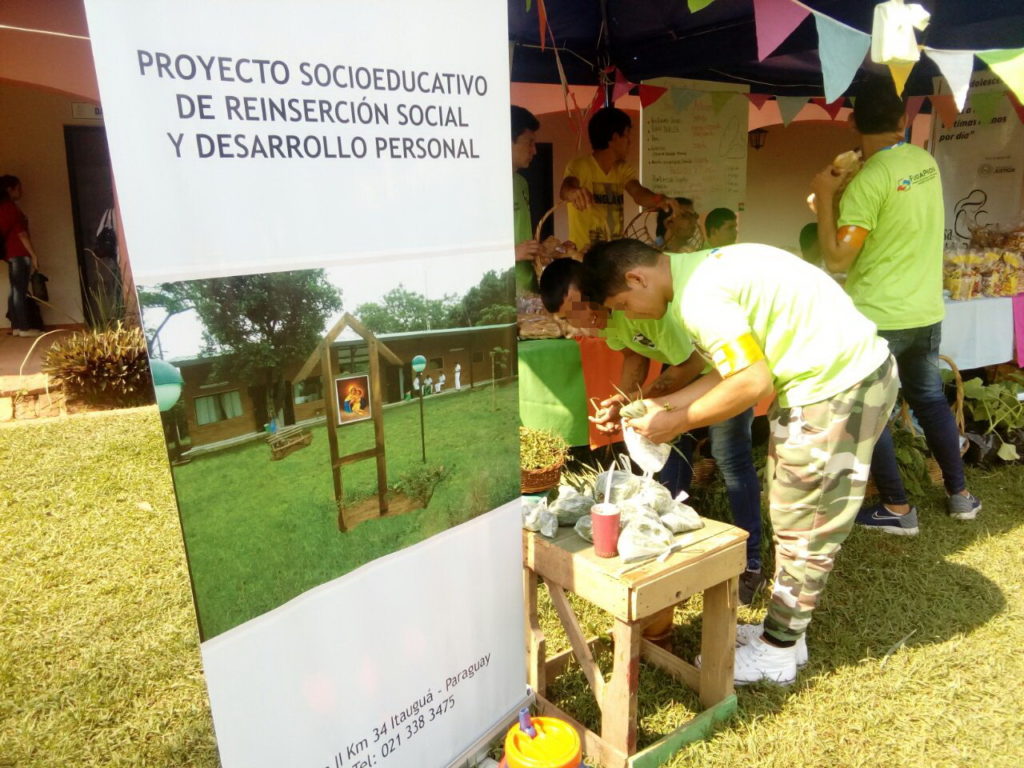 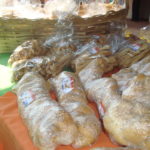 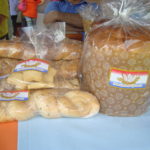 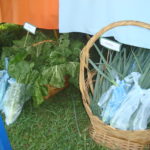 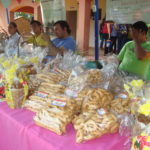 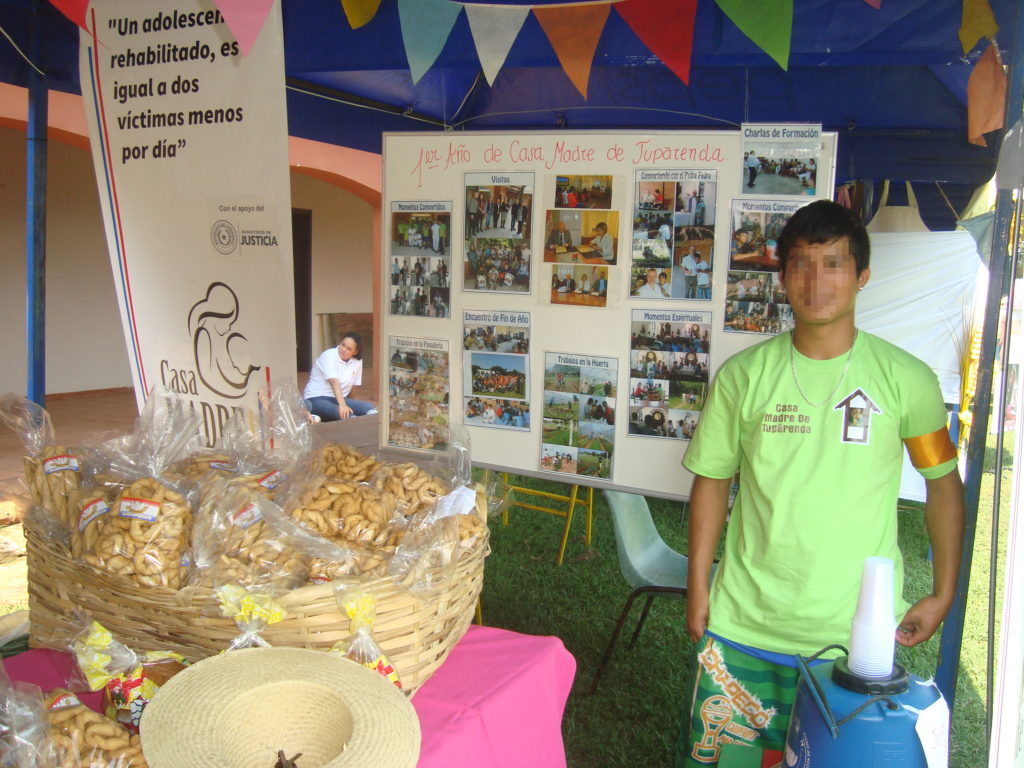 All the Articles on Mother of Tuparenda House