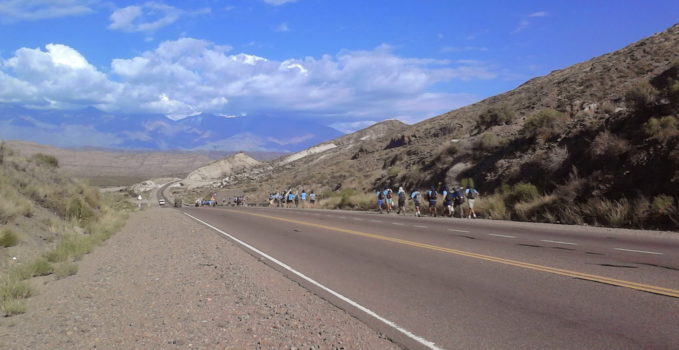 It seems that it was recently that everyone accompanied Mary’s Crusade for the blessing of a wayside shrine in the Andes.

“The Blessed Mother of the Andes’ Wayside Shrine was blessed with a Mass and with receiving a great surprise from Pope Francis’ greeting and blessing. Its foundation collected the contributions of young boys and hundreds of “crusaders of solidarity” throughout the world. “We were so happy and excited!” the crusaders said, while Maria Tedeschi, the oldest “crusader of solidarity” at 88 years commented: “One imagines oneself being up there seated, praying, saying: I will stay here with you, my Mother.” This was at the end of January 2014, during that crusade of solidarity, and our dear Maria Tedeschi, is now with the Blessed Mother forever. Many memories come to mind.

The new edition of Mary’s Crusade 2018 is  being prepared  for the year of the Youth Synod; this is the first synod dealing with the subject of young people being prepared with the largest survey in the history of the Church. 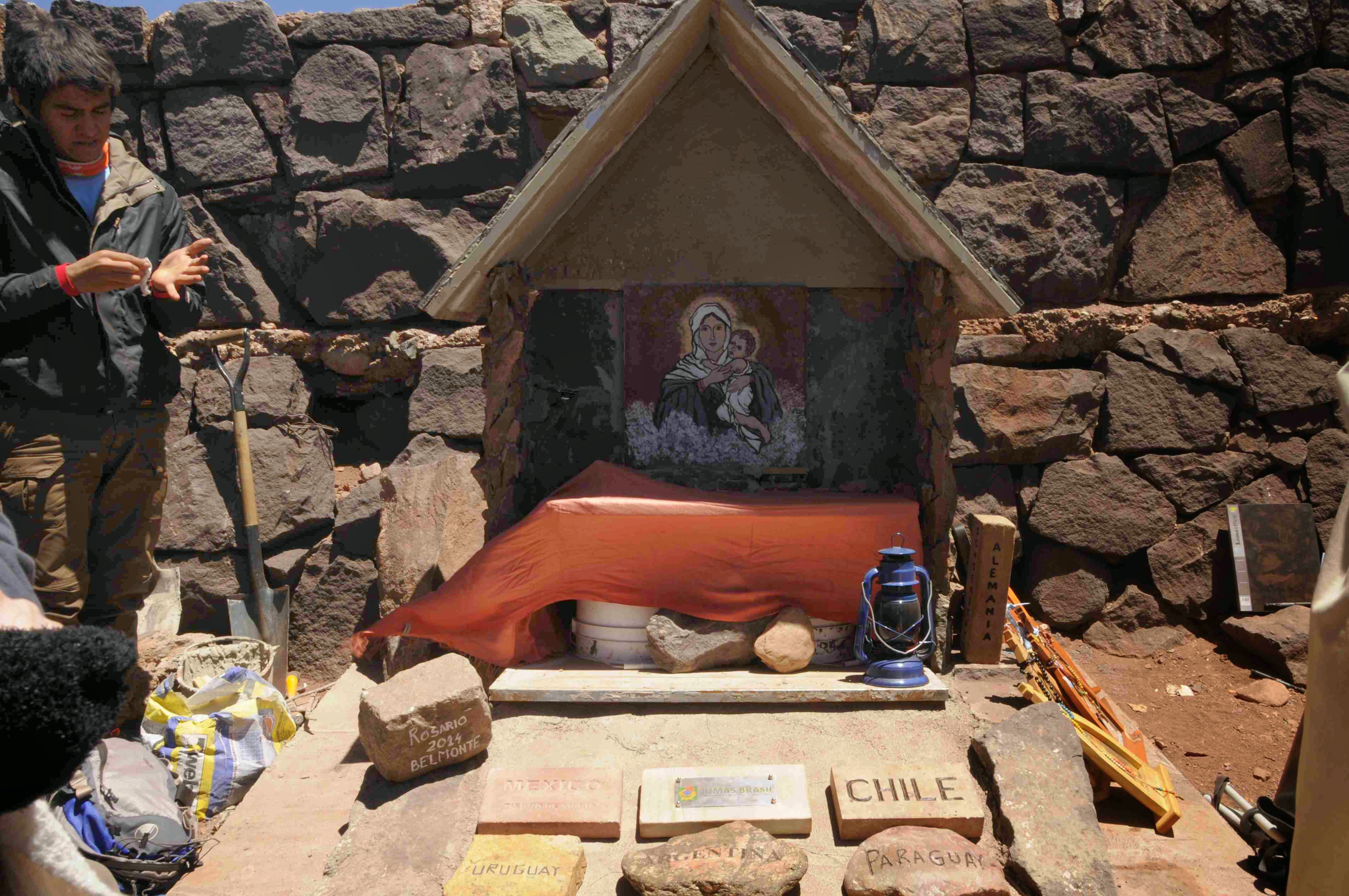 Mary’s Crusade is a pilgrimage of the Schoenstatt Boys’ Youth uniting the Mendoza Shrine in Argentina with the Bellavista Shrine in Santiago de Chile.

This pilgrimage takes place over seventeen days covering 400 km through the Andes’ Mountain Range, reaching Christ the Redeemer at 3,850 m above sea level. As far as we know, it is the longest pilgrimage in the Americas reaching the highest altitude. They pass through several Schoenstatt Shrines and the tombs of two saints: Teresa of the Andes and Alberto Hurtado. They also pass by the Maipú National Shrine, where the battle consolidating Chile’s independence was fought, and where the Generals San Martin an O’Higgins’ historic embrace took place. Like previous versions of the crusades, they will relive the Andes liberation army’s road.

In 2018, the 100 years since Joseph Engling’s death will be commemorated.

We invite you to live this experience for the Blessed Mother that involves 120 pilgrims from Latin America’s different countries, such as Chile, Argentina, Uruguay, Paraguay, and Brazil.

Dear young men, we trust during this “madness of love” for the Blessed Mother, already present for eighteen years, that it might be a sign of a Boys’ Youth that radically gives all its might to ascend higher and higher up the peaks of spirituality and the Schoenstatt charism.” This is how the Boys’ Youth from Latin American are invited, with the same greeting that resounds every morning of the pilgrimage: “Mary’s Crusade, on the move!” 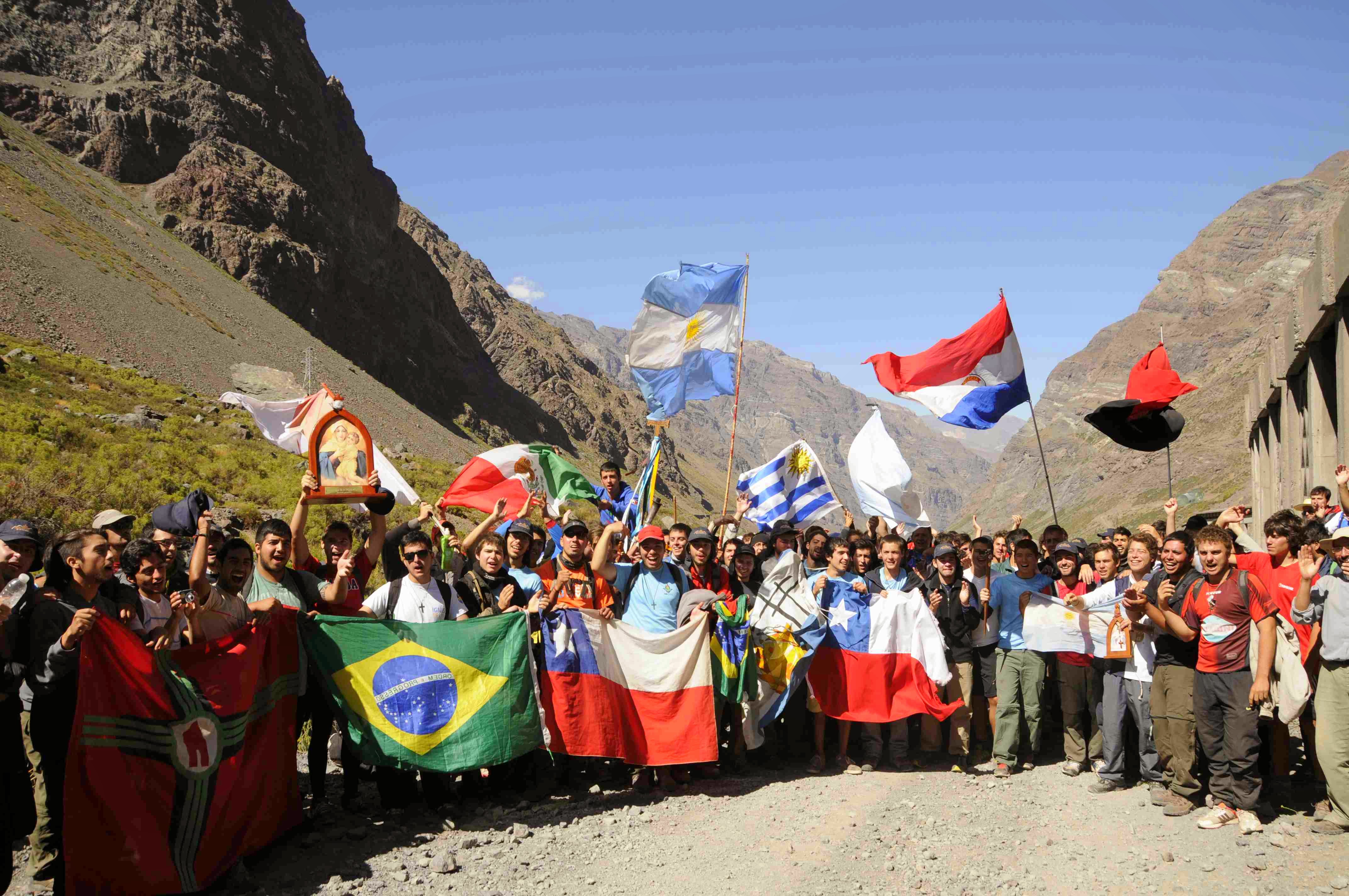