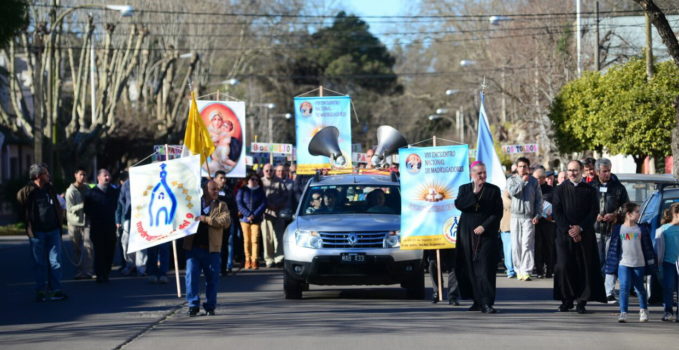 Posted On 2017-09-03 In Madrugadores, Projects, Schoenstatt - Reaching out

226 Madrugadores descend upon Nueve de Julio in a brotherly celebration

The VIII National Gathering of Madrugadores was held August 19 – 21, in Nueve de Julio, Province of Buenos Aires, Argentina; a total of 226 were registered from ten provinces. Groups from the different parts of the country participated during the three sessions with the motto “Seeking Mary’s Shelter:” Corrientes, Entre Ríos, San Luis, La Rioja, San Juan, Jujuy, Mendoza, Comodoro Rivadavia, Buenos Aires, Córdoba, and the diocesan groups from Coronel Charlone, Emilio Bunge, Los Toldos, Bragado, Pehuajó and the host city, Nueve de Julio. Roberto Horat, the founder of the Madrugadores in Argentina and Octavio Galarce, the international founder, from Rancagua, Chile honored us with their presence.

“It was a great celebration,” commented a tired and happy Carlos Capelleti, one of the organizers and schoenstatt.org reporter, after sending hundreds of photos and many comments. 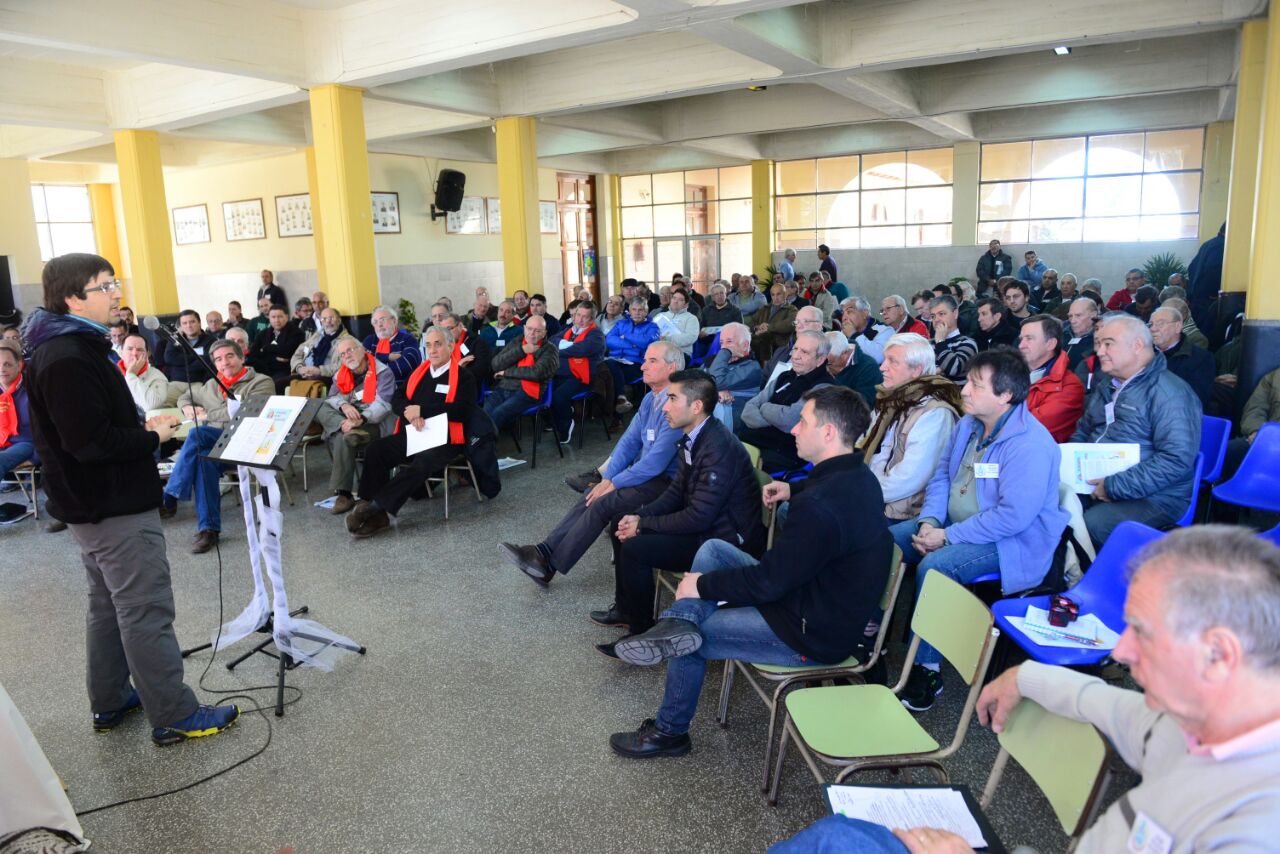 From a small group to the city, provincial, and legislative interest

It was the Blessed Mother’s celebration with diocesan Bishop Ariel Torrado Mosconi’s presence along with the City Mayor, Mariano Barroso, who proclaimed the event of interest to the city.

Deputy Mauricio Vivani also declared the gathering of provincial interest, as well as the Honorable Deliberating Council of Nueve de July who proclaimed it of legislative interest.

During the sessions, plaques were unveiled at San Agustín School and the Cathedral; the mayor of Nueve de Julio presented gifts and copies of the decrees to Roberto Horat, the founder of the Argentinean Madrugadores Movement, and Carlos Fournier, one of the founders of the local group. 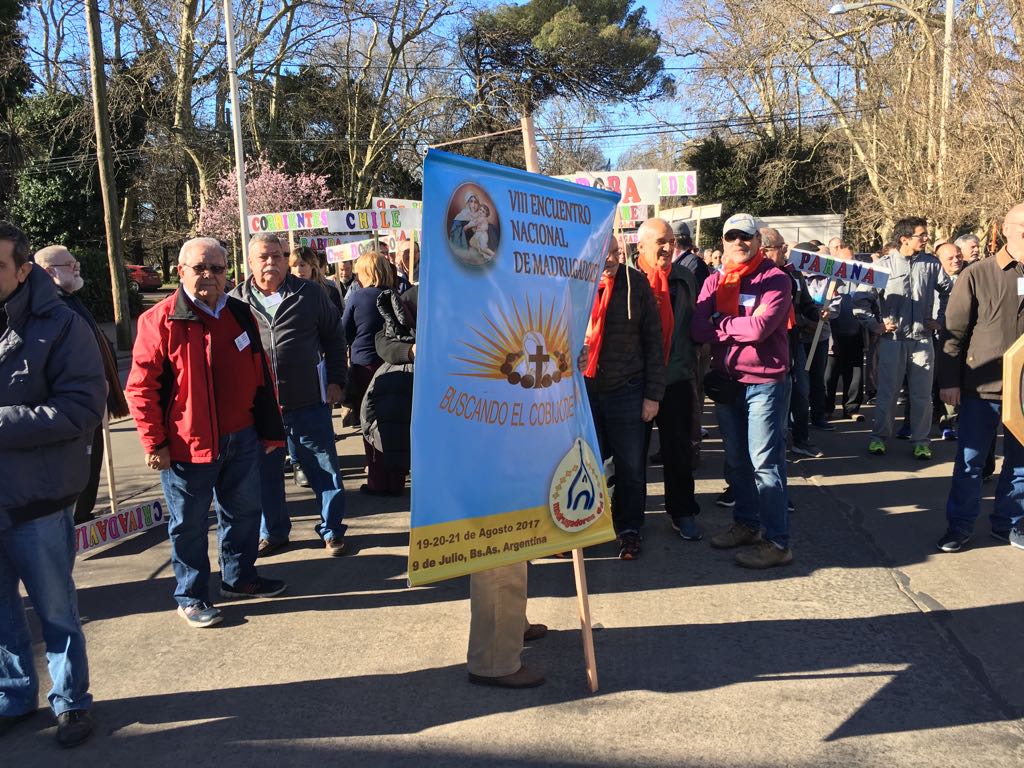 The gathering was held in San Agustín Marianist School’s facilities. The first session began in the afternoon with an opening Mass in the Cathedral and Pastor Guillermo Gómez’s words of welcome. In his homily, he reminded the participants, “They are called to shelter, like we have been sheltered by Mary. For this reason, do not forget to hug, kiss, and smile in your families. It does not make you less of a man, dependent, nor is it a sign of weakness or fragility because love always takes out the best of ourselves.”

There were three reflections. The first one was presented by Bishop Ariel Torrado Mosconi, who spoke about the traits that a Madrugador should have, following the model of St. Joseph, and he analyzed four main elements: paternity, work, chivalry, and silence.

Marianist priest, Fr. Manolo Prieto was in charge of the second reflection; he based it on Mary’s image, the different apparitions of the Blessed Mother, and about his personal encounter with the Blessed Mother.

The prestigious Benedictine priest, Mamerto Menapace presented the third reflection speaking about prayer and the Madrugador’s different kinds of prayer. 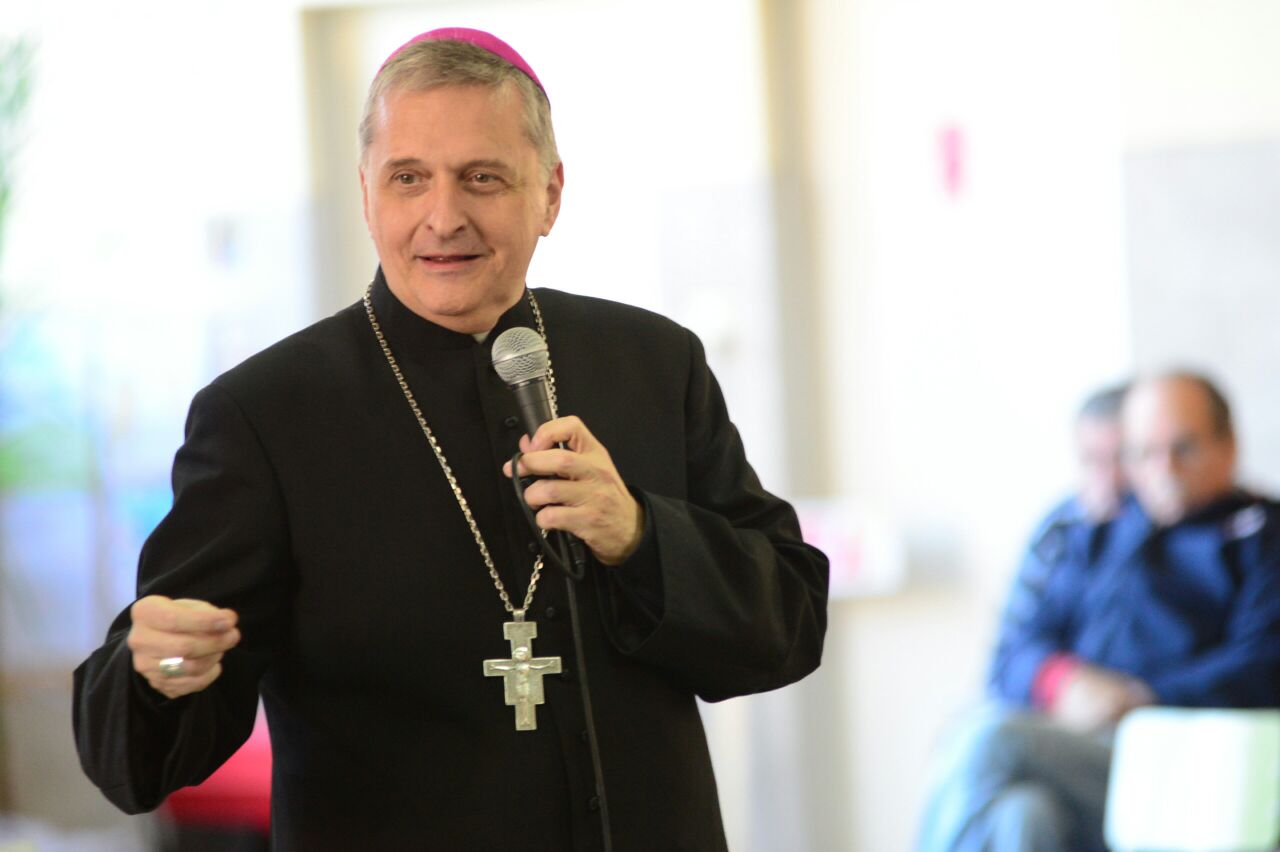 In the streets of Nueve de Julio

A rosary was carried out through the streets of the city, which allowed community participation; the Madrugadores carried posters identifying their places of origin. The picture of Our Lady of Schoenstatt led the Rosary; the Papal and Argentinean flags were on either side. The Bishop blessed the different altars that the neighbors had placed in front of their homes.

The prayer of the Rosary was interwoven with different actions, such as a balloon release and a doves’ release, a blessing of mouths and ears (to speak and to listen to God), there was an embrace for peace among the participants as a gesture of reconciliation.

Upon reaching the main square, the Bishop and the Pastor, along with the mayor of the city of Nueve the Julio, Mariano Barroso, crowned Our Lady of Fatima, patroness of the city, then they continued to the Cathedral.

After the Rosary, there was a con-celebrated Mass in the Cathedral; the bishop celebrated along with eight priests who accompanied the Madrugadores. Bishop Torrado Mosconi encouraged the participants of the gathering to renew their missionary spirit “being docile, like Mary, to God’s voice so that Jesus’ message will reach all mankind and all the spheres of society.” 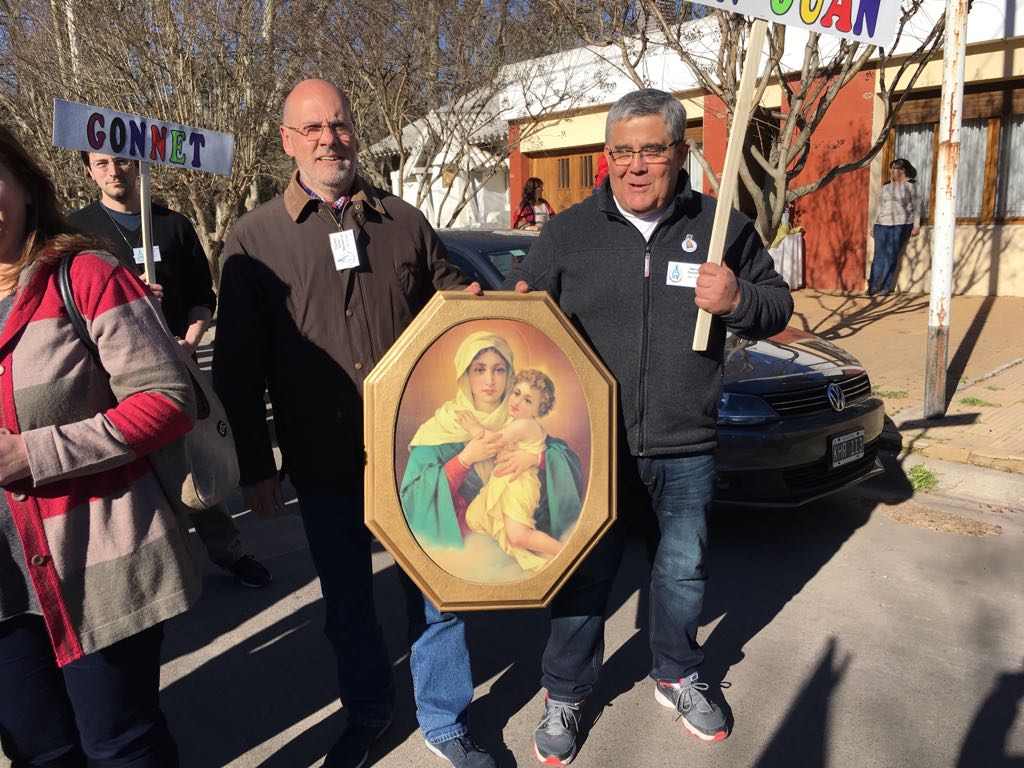 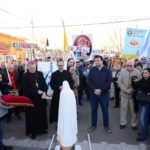 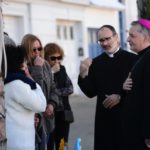 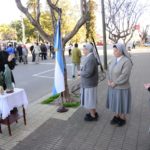 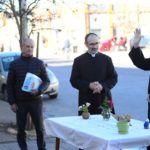 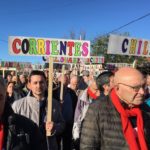 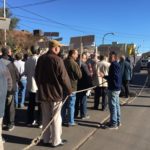 Covenant of Love and a Baptism

The Blessed Mother was present at every moment of the gathering. During the closing Mass, fifty-two men sealed the Covenant of Love with Mary, while the others renewed their commitment with the Blessed Mother.

The Mass had another touching moment when Julio Ratzkin, a neighbor of Nueve de Julio who belongs to the Jewish community, received the Sacraments of Christian Initiation (Baptism, Confirmation and Communion). This man approached the Catholic Church through two Madrugadores. Roberto Horat was his sponsor.

Two Madragudores and twenty Madrugadores’ spouses were in charge of the kitchen. They took turns providing sustenance for the participants. 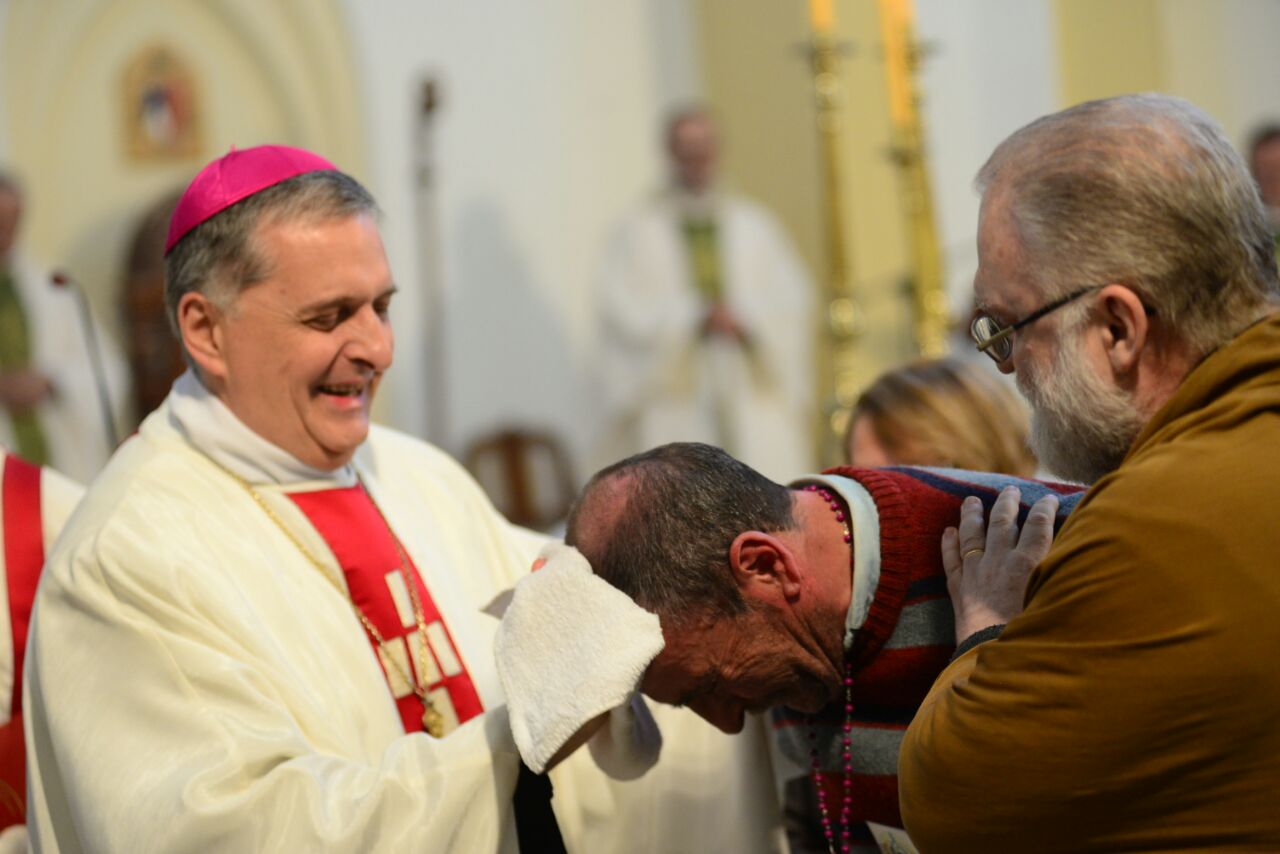 I want to be a missionary

“It was a beautiful gathering, not only because I shared with other Madrugadores who arrived in my city from different cities and areas of our country’s interior, but because the founder of the movement from Rancagua, Chile was present,” commented Ángel Luis Bustamente.

“The most wonderful thing was sealing the Covenant with the Blessed Mother, since she filled my entire being, it has made me want to work in her service to make her known to those who do not know her as the Mother Thrice Admirable of Schoenstatt, so that she will be known by everyone.”

For me, she is a sign of hope and reconciliation; she helps me overcome the things that are difficult for me.  For example, I am aware that she helps me overcome when I cannot forgive those who have harmed me, to remove the resentment from my body, and to accept myself as I am with my virtues and defects.

I also want to serve the Blessed Mother as a missionary so that those who live close to me can have her in their homes, and that she is the one who blesses and takes care of all their needs.

Concretely the Gathering helped to establish bonds of friendship with almost all the Madrugadores who arrived in the city seeking Mary’s shelter.” 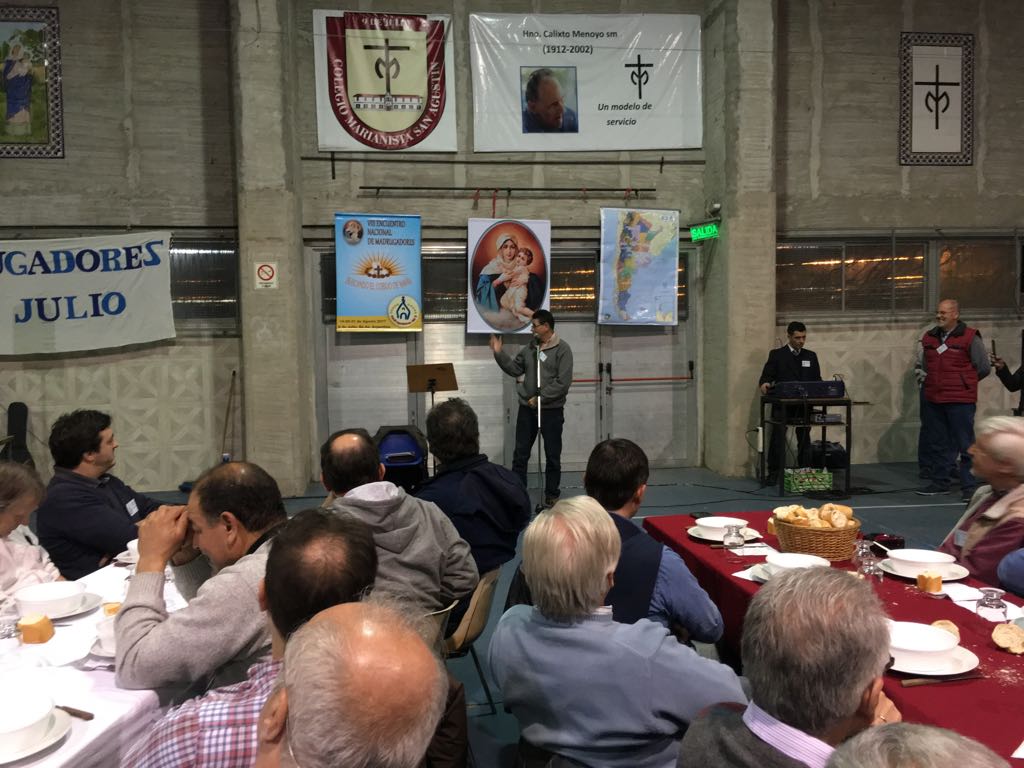 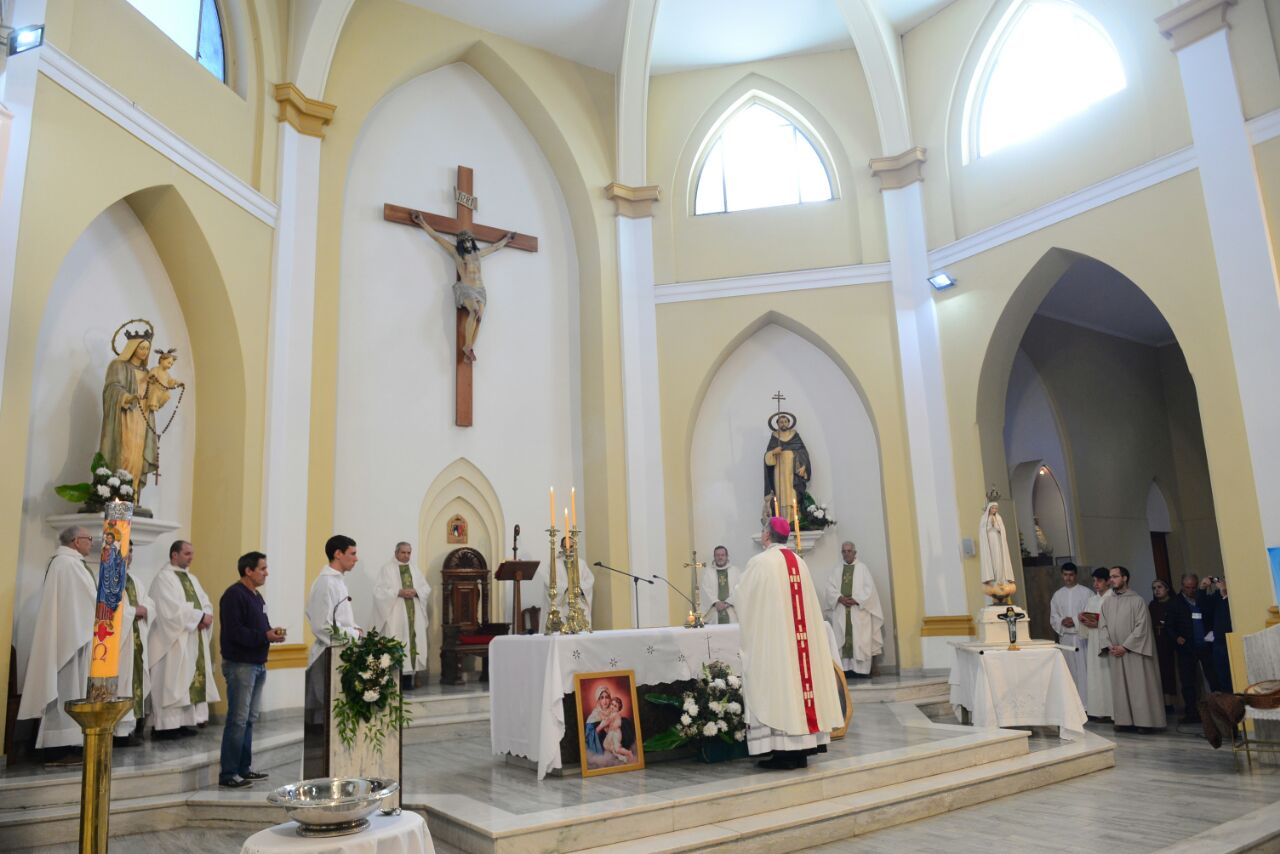