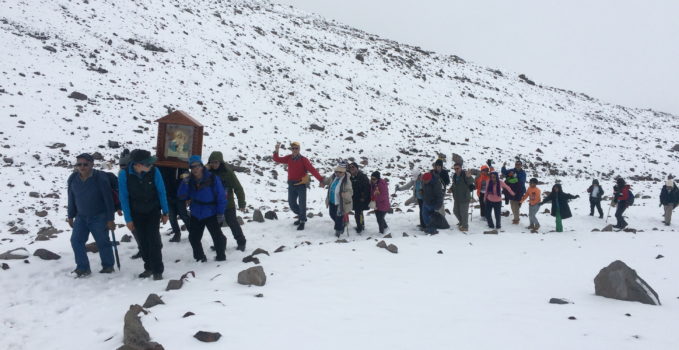 In 2002, I began my candidacy as a high-mountain guide. My objective was to climb Chimborazo, Ecuador’s highest volcano and mountain. I reached the Whymper refuge, and I met the Blessed Mother, and I entrusted myself to her before departing; for mountain climbing believers, this is a ritual.

Years later, in 2008, my parents joined the Schoenstatt Apostolic Movement.  One day I went with them to Mass at the Alangasi Shrine. When I saw the picture of the Blessed Mother, she looked very familiar and I remembered that it was the same one as at Chimborazo Whymper refuge. 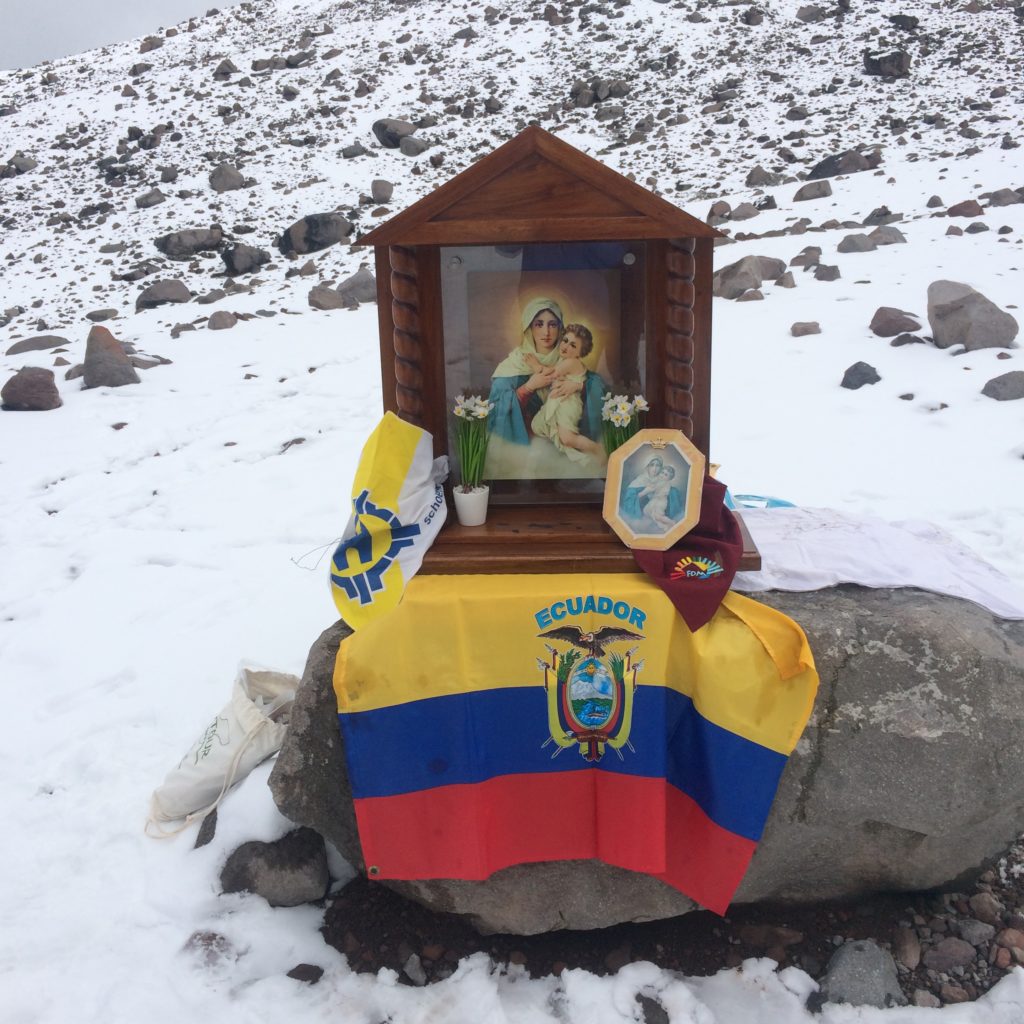 With Mary to three mountain peaks

In 2012, I returned to Chimborazo with a group of tourists, and I found out that they were vacating the refuge for remodeling. Among furniture and other materials, there were pictures of the Blessed Mother and the Immaculate. I decided to take them and bring them down to the car and take them to Quito, to my parents’ home, until the remodeling was finished.

My parents and I discovered that in 1985, the Blessed Mother’s picture had been taken by a group of youths from Guayaquil, led by Fr. Eduardo Auza (a Schoenstatt Father), and then it was visited during 1992, 2003, and 2005, according to the notes on a board attached to the back side of the wayside shrine.

During the following four years after finding and taking the pictures, I kept up with the reconstruction of the refuge. At Sr. María Emilia Loor’s suggestion, I undertook taking the Blessed Mother to the three mountain peaks that represented the three graces of the Shrine:  Iliniza Norte (5.100msnm), Shelter or Being at Home, Cotopaxi (5.830msnm), Transformation, and Chimborazo (6.285msnm), Apostolic Zeal. During this time, I became a professional national and international high-mountain guide. 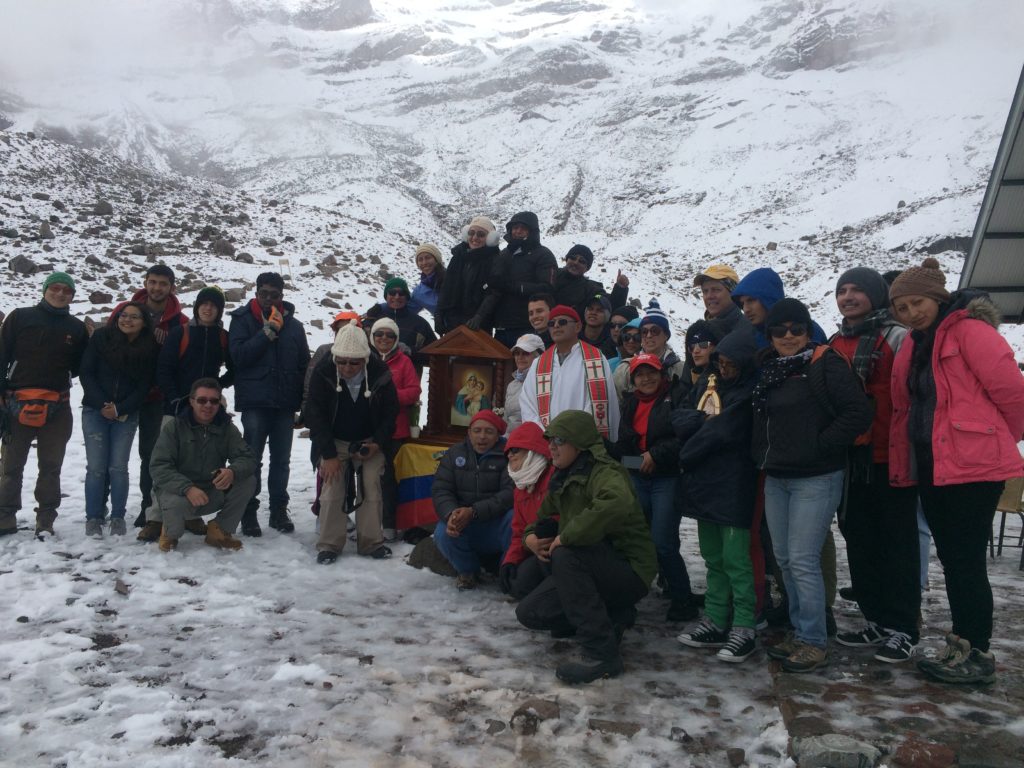 In 2015, the remodeling of the “Hnos. Carrel”  (4,500 msnm) and  “Whymper” (5,000msn) was finished. In April 2016, my parents and I went to visit the refuges, and we inquired about the process involved in returning the Blessed Mother’s pictures. We carried out the relevant formalities by obtaining permission to relocate the pictures in each refuge and the authorization to go on pilgrimage with fifty people.

On Saturday, 1 October 2016, a group departed from Quito led by the Josephine Fathers, who took the picture of the Immaculate located at the “Hnos. Carrel” refuge, and another group of Schoenstatt families from Valle de los Chillos, Quito and Cumbayá (thirty-eight people), that took the picture of the Blessed Mother, and we placed it in the “Whymper” refuge.  It is important to stress that we were a group of 3-year-old children compared to the adults, age 73, everyone motivated by the Blessed Mother’s love.

This beautiful project was carried out thanks to God, the Blessed Mother, the Josephine Fathers, Raúl Gonzalez Puebla, José Guerrero Altamirano, Eduardo Auza, Schoenstatt Father, and my parents, Manuel and Inesita.