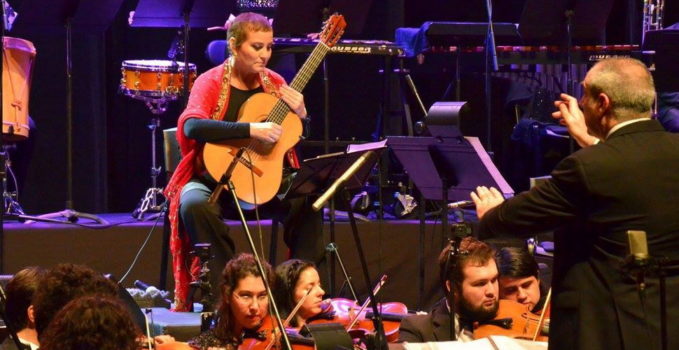 Diana has a dream…and an inspiration of commitment and strength

PARAGUAY, by Dequení and María Fischer •

Dequení’s leaders are preparing a second large Fundraiser this year – with the participation of solidarity of many businesses: the “Solidarity race” or “Race for education”, on 21 August. It is a business race, that is, businesses form the teams of runners. Dequení also forms a team so that those who could not convince their business to run in solidarity can participate. Dequení largely finances the registration fee.

“Now it is a source of pride and of course it is cost-effective advertising for participating businesses,” Andreza Ortigoza explained. Several years ago, they changed the method of fundraising. In addition to personal and individual donations, especially in the form of scholarships, sponsorships, and volunteer work, there are two “pillars” to fundraising: “One is the race, something that is very popular. We adapted it from a traditional race to a business sponsored race; the other one is something cultural,” she explained. It is “Night of bread and wine,” she continued, on a cold May night, while we entered the Central Bank of Paraguay’s large theater hall at Alberto Sallustro’s invitation. He is a member of the Family Federation and Dequení’s first president.

Preparation for the second large fundraiser: Race for Education 2016

The unforgettable night, with its concert titled “A bridge between two heavens” with Paraguay’s National Symphony Orchestra (OSN) conducted by Argentinean maestro, Gustavo “Popi” Spatocco. The unparalleled concert of the 19th edition of Night of Bread and Wine brought in 950 people that contributed to benefit approximately 6,700 children and youths the Dequení Foundation serves; it is also an event of Schoenstatt solidarity. When I asked to change the date for the Family Work gathering in order to participate, many commented: “It is true; we have not participated in Dequení for a long time.” Happily I saw several of them at this night of solidarity.

Berta Rojas, concert guitarist, starred in the magical and unforgettable Night of Bread and of Wine in her first public concert after undergoing cancer treatment. The participants welcomed her with an impressive standing ovation. After the wonderful performance, they shared a classic toast to celebrate an evening filled with light and emotion.

However, Diana Aramí Núñez Zaracho’s (14) taped testimony was one of the highlights of this night. She had the opportunity to meet and to share her story with Berta Rojas, her inspiration of commitment and strength, protagonist of Dequení’s Night. The young girl became so emotional that she cried several times…and causing the participants also to cry.

“I would not be here if it were not for Dequení,” Diana said expressing gratitude for having this opportunity. She expressed her admiration for Berta for her artistic talent, her strength, humility and warmth. She told of her experiences, desires and dreams between some renditions of the themes such as “India” and “Recuerdos de Ypacarai” that she dedicated to her. Berta responded warmly by playing with her.

Diana related that she has liked the guitar since her childhood, and her interest in learning to play this instrument grew. She dreams of being like Berta, who she sees as a talented woman, honoring and promoting her country’s culture through music. She now studies guitar at the Music Conservatory of Itá; she also attends guitar classes at the Credivill Cooperative, and she is a member of the newly formed permanent Villeta orchestra. She lives with her mother, Norma, her brother Álvaro (age 6) and her grandparents. She is in the 9th grade.

“It is beautiful to feel that Dequení facilitated Diana’s beautiful smile, filled with light and emotion, an emotion that says “thank you,” Berta expressed. Diana is a beneficiary of the project “Juntos Podemos” [“Together We Can”] in Villeta. “Dequení helped me a great deal. I have learned many things there, such as overcoming shyness and speaking in public. She is part of a children’s committee, and she participates in workshops and other activities,” she added.

Her mother stressed the growth she sees in her daughter, and in many of the community’s children. She explained that Dequení helped her to know herself and to develop her abilities and talents.

The Schoenstatt Youth founded Dequení in 1985, and today it is one the largest Schoenstatt social projects. It promotes community development, implementing early childhood services, training workshops for preventive health, and awareness campaigns about children’s rights and child labor, among others.