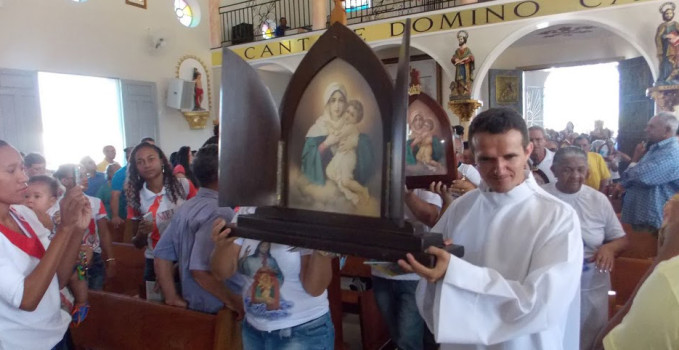 Mauriti/CE: Jubilee pilgrimage to the Holy Door with the diocesan Auxiliary Pilgrim Mother

On Sunday 5 June, while the Church celebrated the 10th Sunday of Ordinary Time, the Schoenstatt Movement in the Immaculate Conception Parish in Mauriti/CE went on a Jubilee Holy Year of Mercy pilgrimage to the Divine Mercy Diocesan Shrine, which is also dedicated to St. Anthony. 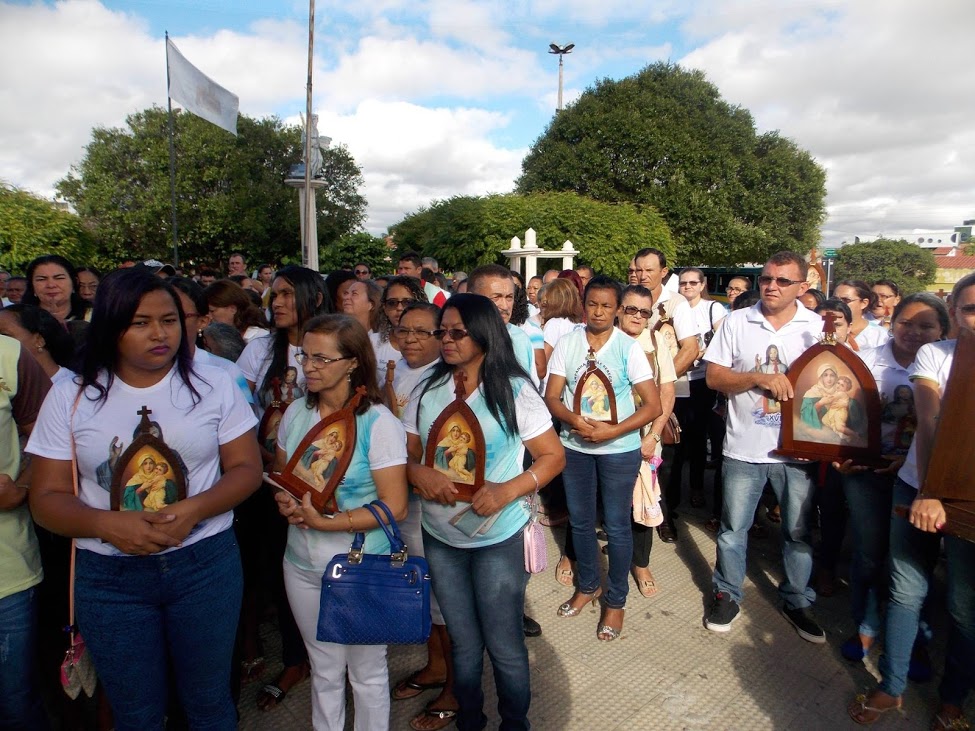 A large caravan of cars and mini-buses

Many people had already gathered at 5.30 for prayer at the parish shrine before beginning their pilgrimage to the mother church of the Immaculate Conception parish, where all the Schoenstatt members gathered. After being sent out with a blessing by the parish priest, Fr. Fernandes, they left in a large caravan of cars and mini-buses from Mauriti to the Barro/CE municipality where the Shrine is located.

On arrival, they were welcomed by local Schoenstatt members. The all gathered in front of the shrine and, accompanied by ‘Mother and Queen’s Chiquinho’ they prepared to pass through the Holy Door. The diocesan Auxiliary Pilgrim Mother, who has been on pilgrimage throughout Mauriti over the last few weeks was taken in solemn procession through the door, together with the missionaries who carried their Pilgrim Mothers. 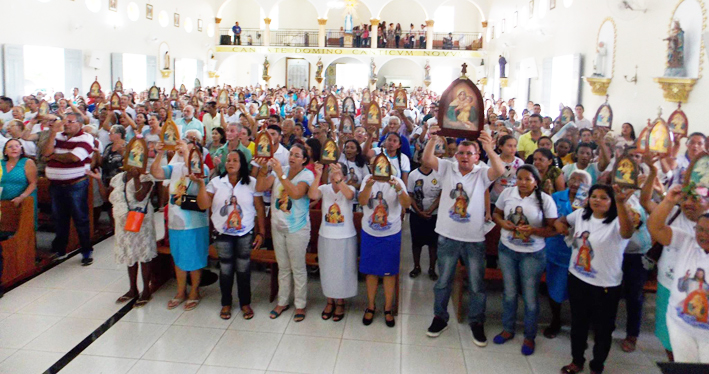 A moment of grace and blessing

The Holy Mass was presided by Fr. Arnaldo Pereira do Nascimento, the parish priest for the Shine, and concelebrated by Fr. Zezinho. The pilgrimage took place during the three-week St. Anthony celebrations. This is why the Auxiliary Pilgrim Mother received a place of honour next to the patron saint. After Mass, the Divine Mercy Shrine presented an icon of the Holy Year of Mercy to the Mother and Queen of Mauriti parish shrine, which will be installed on 18 June.

The Schoenstatt Family gathered after Mass at the Mother and Queen wayside shrine next to the Shrine to renew the Covenant of Love.

The Jubilee Pilgrimage by the Schoenstatt Movement in Mauriti was one of the highlights of the pilgrimage of the diocesan Auxiliary Pilgrim Mother in the parish, offering a moment of grace and blessing to each of the communities and devotees of our Schoenstatt Mother and Queen in the Immaculate Conception parish. 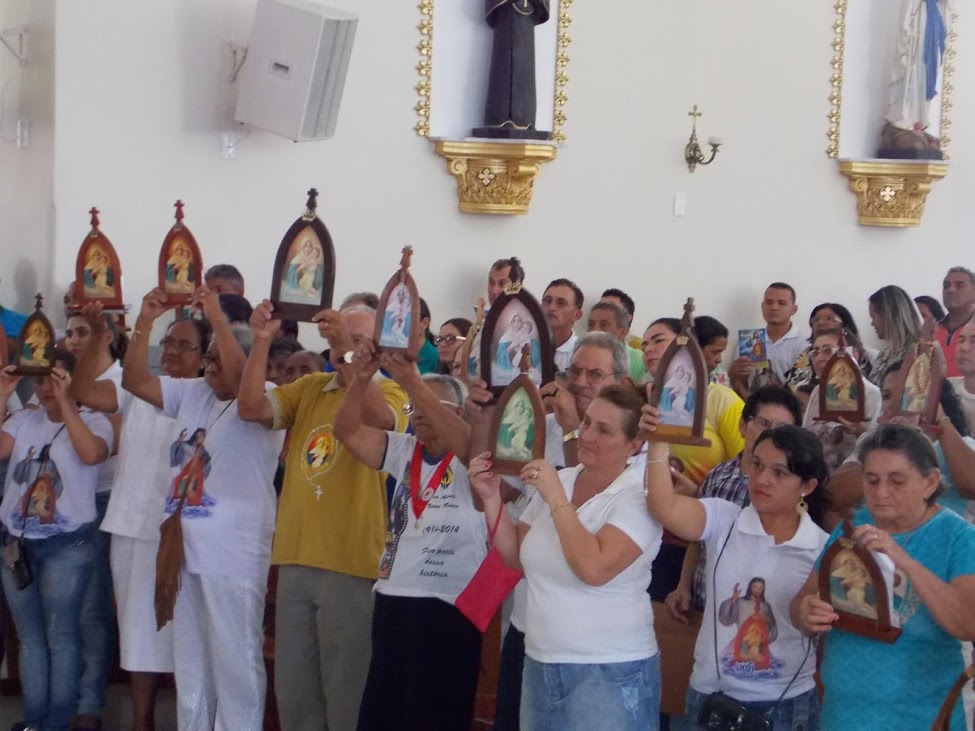