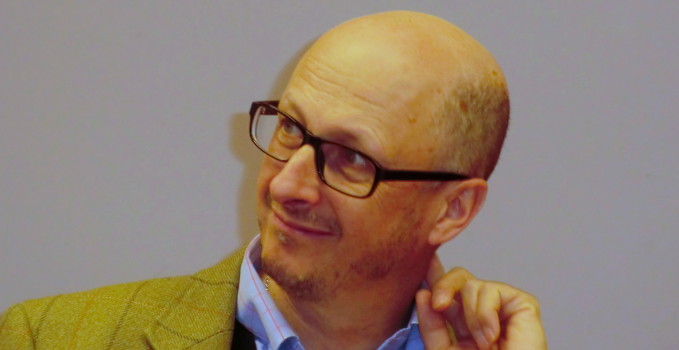 The coincidence is powerful: A few hours earlier the news was broadcast through the media that the route through the Balkans had been closed, the borders had been sealed, and refugees were standing in the open in the rain and cold. A few days previously Pope Francis had said at “America’s Lampedusa”, the deadly fence separating Mexico and the USA, “We cannot deny the humanitarian crisis which in recent years has meant migration for thousands of people, whether by train or highway or on foot, crossing hundreds of kilometres through mountains, deserts and inhospitable zones. The human tragedy that is forced migration is a global phenomenon today. This crisis which can be measured in numbers and statistics, we want instead to measure with names, stories, families. They are the brothers and sisters of those expelled by poverty and violence, by drug trafficking and criminal organizations. Being faced with so many legal vacuums, they get caught up in a web that ensnares and always destroys the poorest. Not only do they suffer poverty, but they must also endure these forms of violence.” In Brussels the special summit on refugees has just come to an end.

When Schoenstatt took up the subject from 19-20 February 2016, huge crowds did not turn up as expected to discuss what is no longer a voice of our times, but a cry of our times: People Fleeing – a Challenge for our Times. To quote Fr Kentenich, it was more a microscopic little group (cf. 22 May 1916, Letter to Josef Fischer). However, the thirty people who turned up on Friday evening, and about twenty business people and leaders who arrived on Saturday, were distinguished by one thing: a burning interest and often personal involvement with the subject of refugees. 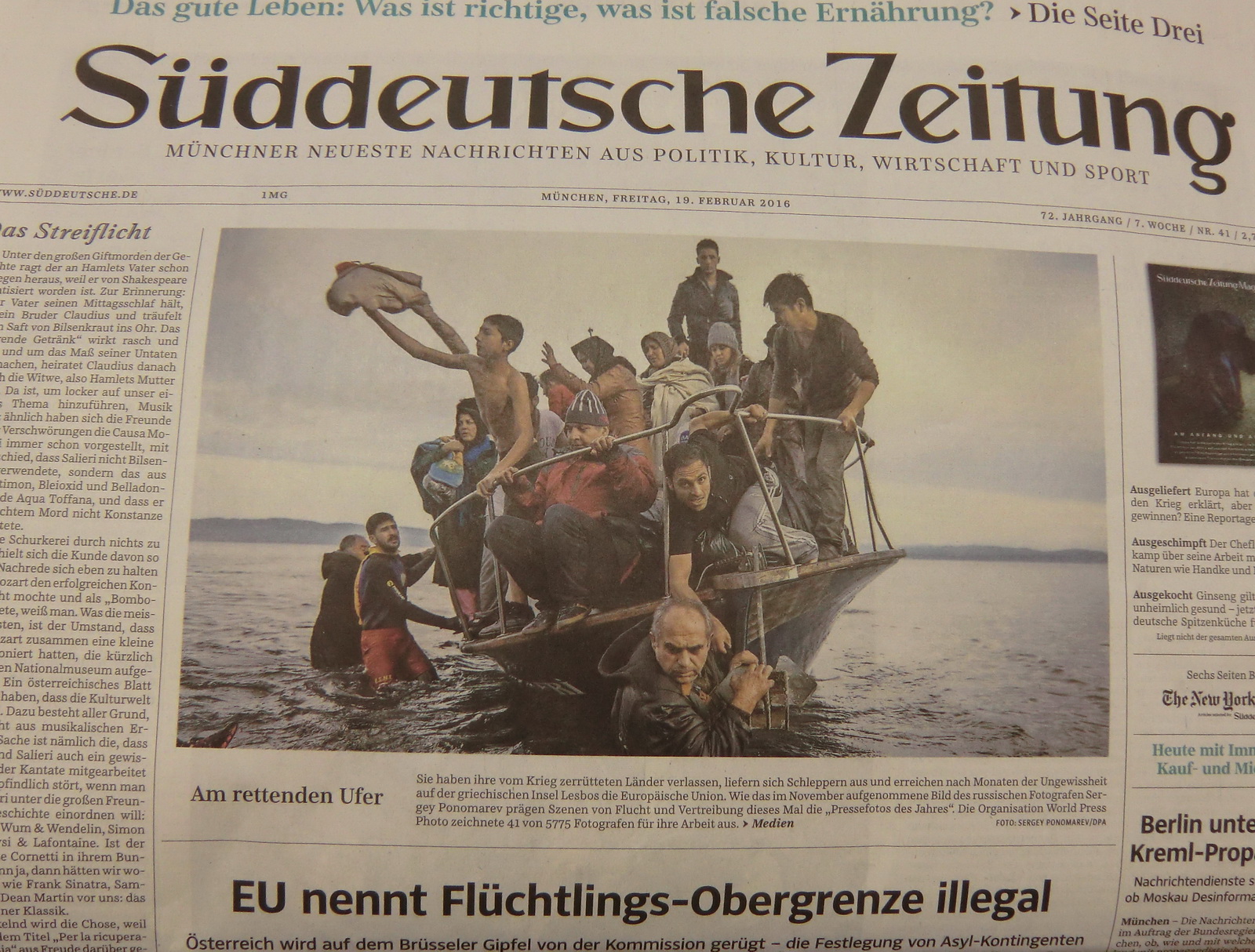 So, for example, a self-employed midwife came to find out how to deal with women from Eritrea she was attending as they gave birth. How do you greet them, what about touching them, and how do you communicate with them in special situations?

There were questions about wearing a veil, the burka or headscarf, and a headscarf ban. Someone said they would like to pull off the veil and headscarf, because they are a sign of oppression. Do the women want to be liberated in this way? “It is as though someone were to pull off my swimming costume in the public baths”, someone else argued. “I wouldn’t feel as though I had been liberated.”

Someone, who finds the kissing and embracing of the Latin American form of greeting gets on their nerves, interrupted a speech to say that “the refugees” who do not shake your hand, but just nod, would also not be able or willing to adapt to West European customs once they had crossed the border. A younger businessman spoke about his fear that this migration of peoples would cause everything to explode. He was looking for orientation and answers, because he could not accept the mixture of fear and rejection he was experiencing.

If, as a German who has spent a year in some Western European country, you suddenly feel a longing for Sauerkraut and pork hock, what must someone from Afghanistan, Syria or Nigeria feel in Germany? Suddenly the penny dropped.

“There are people who are constantly criticising and grumbling, and who naturally try to put the blame on others, and who anyhow don’t want to change anything because they are convinced that nothing can ultimately be changed, and the world is going to the dogs. There are also people who, despite suspecting that something dark and terrible is happening, can still imagine something else than what is happening, and try to express this in words or actions”, wrote Julia Encke, the feature writer for FAZ on 18 February. The attempt to express in words or actions the challenge presented by refugees, is what Dr Stefan Keznickl was aiming at in these two days in the Schoenstatt Centre in Memholz, and he succeeded. At the end of both events people would gladly have remained together for hours to discuss the issues, while some preferred to get down to action immediately. 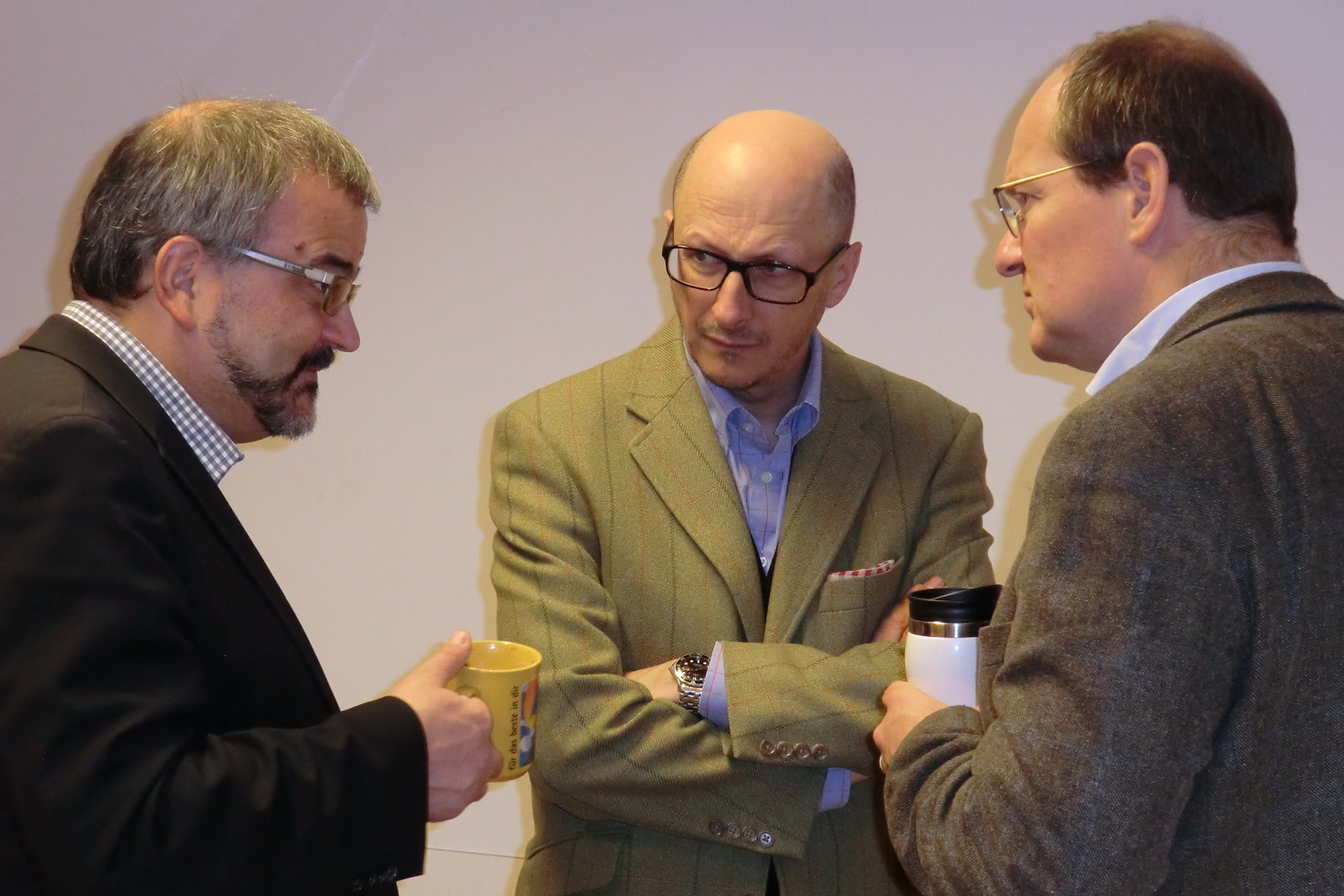 Dr Stefan Keznickl is a judge of the Federal Administrative Court in Vienna, and at times also judge for asylum seekers from Afghanistan. He is a member of the Schoenstatt Men’s Federation; he is passionate about his hobby as a photographer, and he is also a passionate student of Fr Kentenich.

His observations on the subject of “refugees” are, like his photographs: exact, clear, and professional. He contributed his observations as a judge of asylum seekers, newspaper reader, pedestrian and neighbour of people who have taken in refugees. He shed light on juridical backgrounds and looked into the past. He asked: Who are the people who come to us? What is their culture? What is their socialisation and education? How are we preparing for the changes we will have to face in the near future?

Dr Stefan Keznickl described the whole spectrum of reactions from “Refugees welcome” to “Foreigners out”. He did not talk at first about the refugees over whose applications for asylum he had had to pass judgement, but of meeting Austrian men and women, native Germans, who as children had fled sixty years ago from the Sudetenland, Hungary and present-day Poland, or who had been driven out of their homes. They had told him about the hatred and rejection they encountered, of the pain they still felt when they related: If something was stolen at school, they said, ‘It’s the refugees’. And when they applied for jobs, they heard people say, ‘No we don’t accept refugees, we have only had bad experiences with them…’ He did not need to ask whether such remarks were familiar still today.

As long as people are “refugees”, they will be met with fear and rejection. Only when people meet as individuals can things change – once “the refugees” have got names and faces, histories and actual lives. He told about refugees from Afghanistan who were fluent in a number of languages simply because they had to be in a country with a number of ethnic groups, and because they have real language gifts. Even though many are illiterate …. He told about a joyful young man from Afghanistan who integrated into society more quickly through volunteering to join the fire brigade, and attending parties, than any governmental integration measures could achieve. He also talked about traumatised people who had seen and experienced things that no one in the room could even want to imagine.

He reported on people fleeing because they wanted to save their lives, or because they wanted to improve their financial position – to rise out of hunger, homelessness, the loss of work, and a basis for life. “They don’t allow anyone to stop them”, he said. They bring with them tremendous energy, they want to build something up. Whoever travels hundreds of kilometres on foot brings experiences along with which he can and will do things.

But what about the violence in the mass accommodation, someone asks. True! “But what nonsense would a hundred young German men get up to if they weren’t allowed to work or move around, and are locked up together?” a young businessman asked.

The subject: Asylum seekers are not allowed to work. The Schoenstatt Young Men in Chile read a talk by Stefan Keznickl in Austria in schoenstatt.org, and it gave them the idea to look around where they lived to find out if any refugees live there. Then they played football with them. Sometimes it is so simple. ….

A woman from Austria goes jogging once a week with five Afghanis, Dr Keznickl said. Others meet to cook. 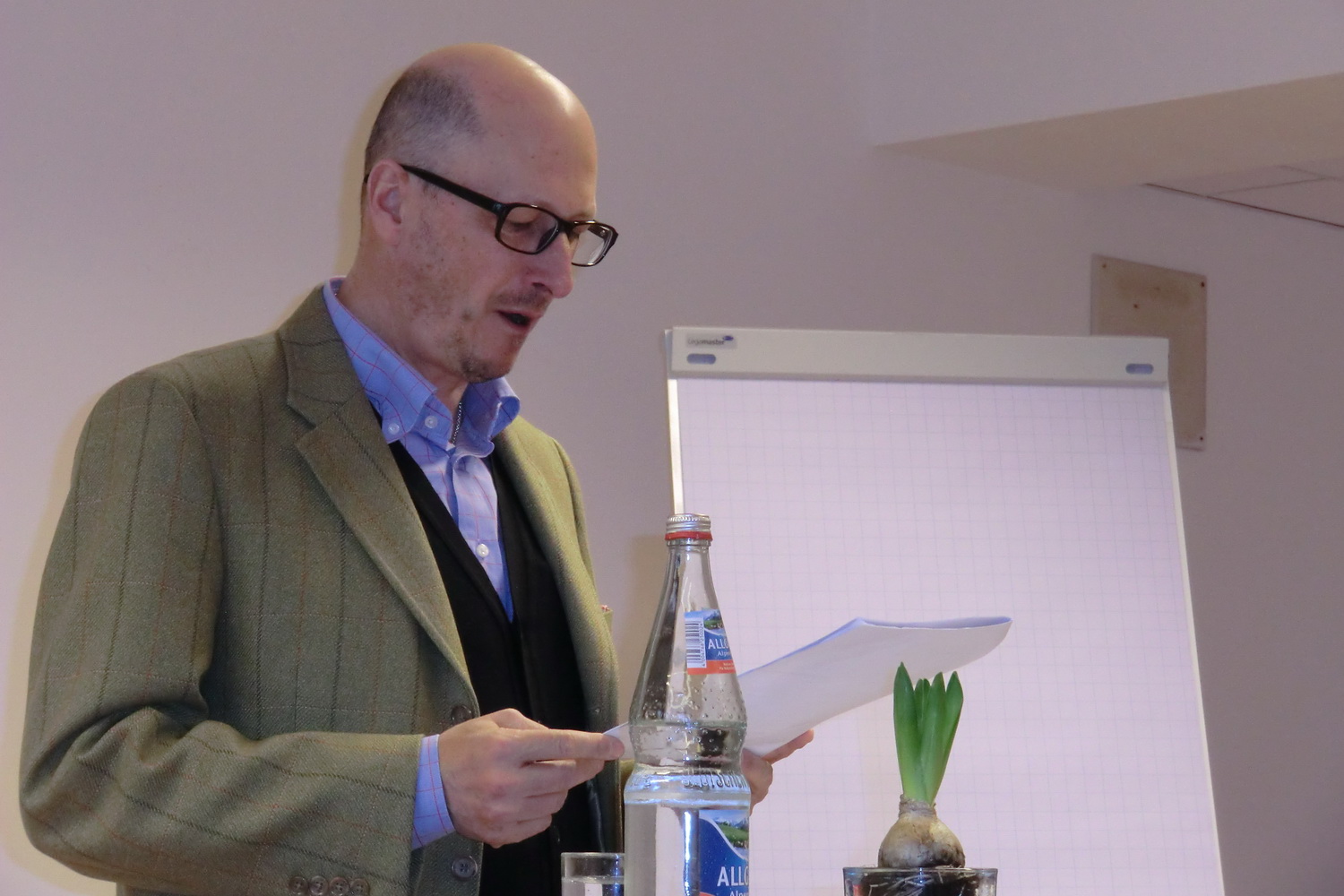 We have to work creatively in the world

Dr Stefan Keznickl had collated texts by Fr Kentenich on this subject: On the voices of the times, Schoenstatt’s worldwide mission, the de-Europeanisation of the Church, and creativity in shaping the world.

Fr Kentenich on refugees from Syria and Afghanistan? No, but Germans who lived as refugees in the USA. He was their pastor. He celebrated Holy Mass in their mother tongue, started a magazine called “Sounds from Home”, and advised them “to give the best things they had brought from their old home country to America”. “And we want to demand that Syrians and Eritreans only talk German at home”, someone reflected.

Did Fr Kentenich have anything to say about the migration of people? What would St Paul do today? It isn’t a voice of the times, Stefan Keznickl stated, “in the refugees God isn’t speaking, he is crying out.”

but what Fr Kentenich said a hundred years ago after he had spoken about the microscopic little group,

“Yet we can nevertheless do something, if each of us does all in his power wherever he is, and, through organized striving for a common goal, sees to it that despite all difficulties the good will continue to generate good.” (Kentenich Reader, vol. 1, p. 126f.)