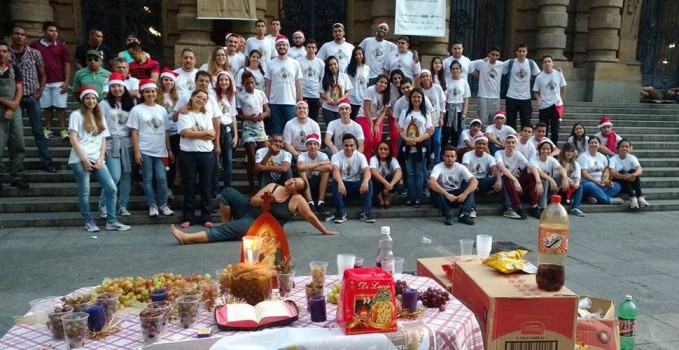 A Christmas of mercy in Sao Paulo

The spirit of Christmas once again takes into account the dark streets of Sao Paulo/SP, thanks to Christmas in Solidarity. At dawn on 25 December 2015, Schoenstatt Apostolic Youths from the Jaraguá neighborhood once again transformed the solitude of the night into a smile for those who live alone on the capital’s streets and avenues. Christmas in Solidarity reached the ten-year mark of mission with great celebration.

The apostolic initiative began in 2005 with a small group of Youths from Jaraguá going through the city’s streets taking a little bit of comfort and joy to homeless people. Since then, the project has gained strength, and it keeps growing, as each year more people voluntarily take Christ to those who need it the most. What was once just a quick moment on the street of Sao Paulo, with a small group, has now become a project that goes throughout the capital’s entire former center. 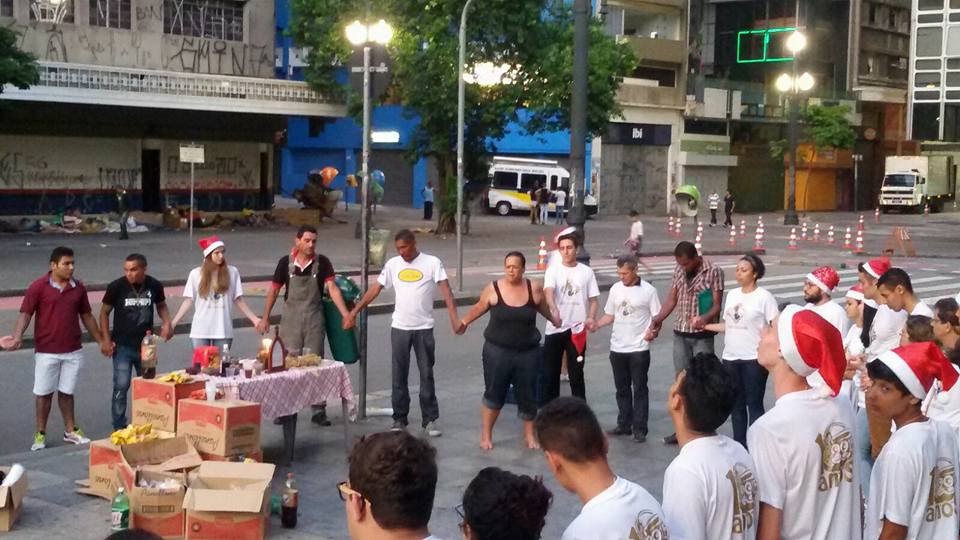 A Culture of encounter to the most needy

The idea of the project is to take Christ to the streets and to be family for the most needy with a hug, love and affection, being a ray of hope, and through the beloved MTA being an instrument to cultivate the true sense of Christmas, Christ’s arrival.

Besides all the goodwill and open arms, the youths also take a food kit containing a soft drink, a bag of sweet bread, and something salty – typical food for this season, also serving as an avenue to start different conversations with the residents. 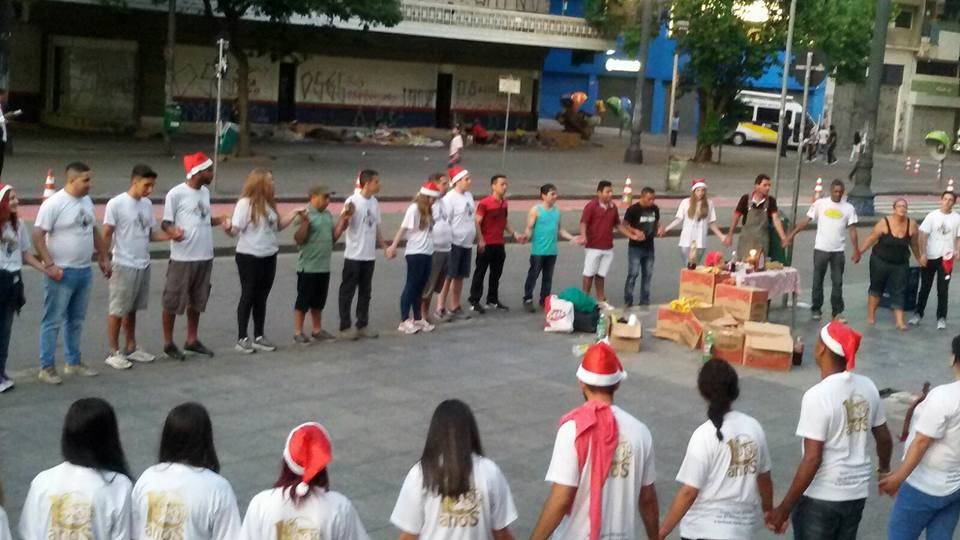 Although Christmas in Solidarity occurs only on one night, the project begins months before with the work of the organizational commission that prepares some of the events such as the “Light Movie” and the campaign cakes to raise funds, allowing the project to be carried out. That way, all those who contribute to the events and give donations also participate in the mission of Christmas in Solidarity. In 2015 with the many donations of great collaborators was how the youths could also offer them to other institutions, such as orphanages, rehabilitation houses for addicts, homes for the elderly and go on the streets.

Some moments have fundamentally marked the project during its ten years, such as the experience of preparation for the volunteers, carried out two weeks before, thereby cultivating the spirit of Christ’s arrival in Advent. The highlight of the celebration is the Christmas dinner prepared in front of the City Theater on the last day, the morning of the 25th that gathers the volunteers and residents in a beautiful moment of prayer.

Undoubtedly, this “10 year-old Christmas of Solidarity” affirms everything the Youths carry out and that the Pope asks of them. The youths are on fire and should go out on mission. Thus every volunteer firmly takes the motto of the Project for 2015: “ ‘You are the salt of the earth… You are the light of the world,’ to shine before others and be Christ to men.” (Mt. 5:13-14). 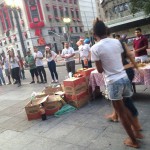 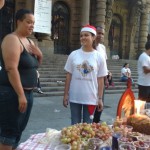 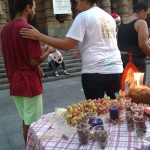