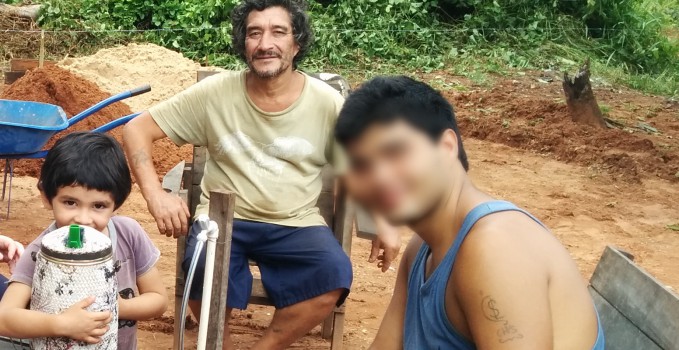 He wants to get ahead…

We arrived after an adventurous trip in Father Pedro Kühlcke’s car, through paths of red dirt a little lost in the jungle, with holes and gigantic waves of ground that made me enjoy a feeling of a free Dakar Rally, or something like that. But the greater adventure of that day was still to come. The greater adventure is named Ángel (name was changed), who is 17 years old and he is one of Fr. Pedro Kühlcke’s young friends from the Prison Ministry, Visitación de María, [Mary’s Visit] in the Juvenile Detention Center close to Tupãrenda. He is one of Mary’s adventures and one of her instruments.

Ángel welcomed us with a somewhat shy yet sincere smile, from a place where he has been for some time and from where he cannot leave – it is a humble hut surrounded by red dirt, with some bushes and colorful toys, located close to Luque. He is under house arrest after being in the juvenile detention center for a good while. In the lot next door, his neighbors are finishing the construction of a simple house… “The three of us help them,” his uncle said, as the young boy – Angel`s little brother or nephew or cousin, we do not really get it – looks at Paí Pedro and the lady from Germany who came to visit them– they say yes by nodding their heads. “We help them build a house, and then they will help us, when we can build,” Ángel said.

We sat on plastic chairs around a table, under the radiant Paraguayan sun. Ángel begins to tell us about his life after he had prepared Tereré (tea) for us, which we shared while he spoke as Father Pedro constantly encouraged and motivated him. Meanwhile, there were moments of silent embraces when the narrative became too emotional… 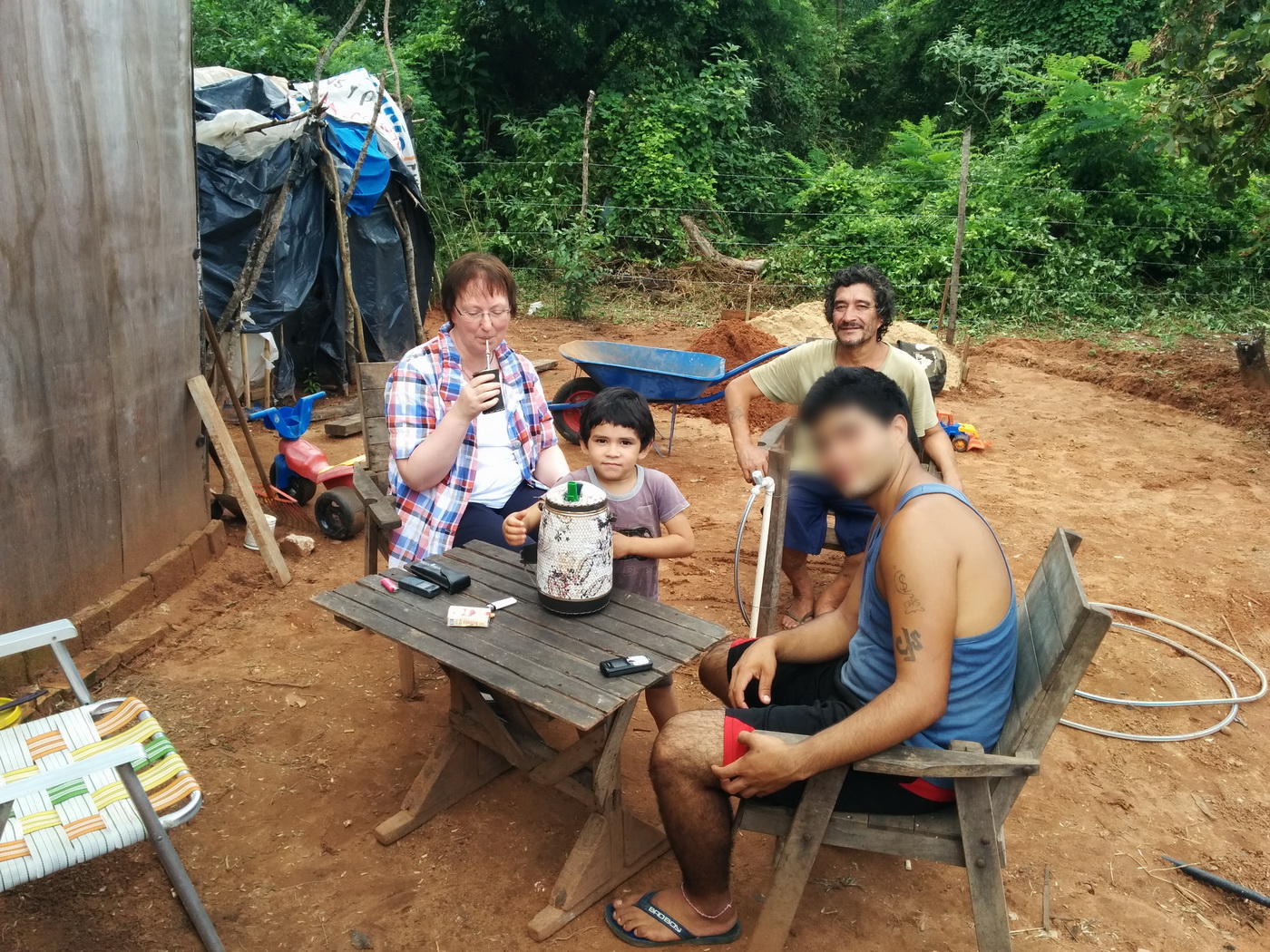 He misses Tupãrenda most of all

When he was in jail, Ángel went to school. He likes to learn, and he learned well. “He was the student with the best grades,” Fr. Pedro said with paternal pride. But since being placed on house arrest, he can no longer go to school, because he cannot leave the house. “I would very much like to continue with school,” he said. “I want to get ahead; I want to work and to earn something in order to feed a family. I do not want to return to the street. No child should be on the street…” It is one of Father Pedro’s concerns in Ángel’s case as well as others. He seeks to receive permission from the Ministry of Justice so that he and other young boys can attend school to complete the classes they began in jail. “I miss school,” he said. “And what do you miss the most?” Fr. Pedro asked him. “The Saturday meals?” “No,” Ángel replied. “Tupãrenda, I miss Tupãrenda. The Masses in Tupãrenda.”

This young boy lived on the streets since he was 8 years old survived at times having a lot of money from dealing drugs and stealing motorcycles. He has a talent for business I thought (it was impressive how much he had stolen and sold in one day! ). This boy misses Tupãrenda, the Shrine, and the Masses.

He told us he always went very eagerly to Tupãrenda to the youth Masses. – when he received permission as a prisoner of Esperanza [Hope], the semi-open jail. He tells us about the long talks with Father Pedro, and his confession about his entire life, the joy of feeling liberated from all sin and of having the grace to continue to move forward… 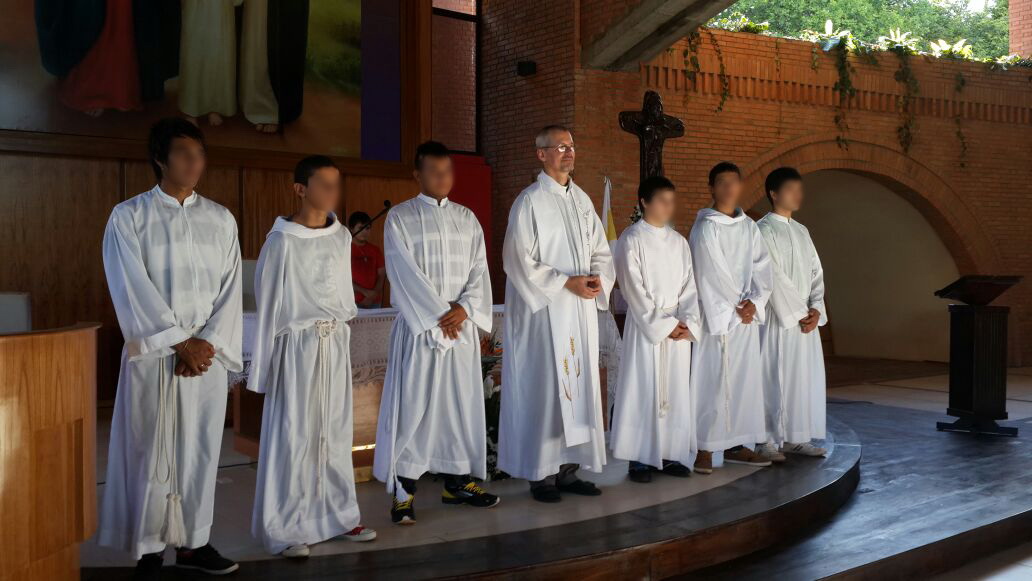 The Mother and Queen of Schoenstatt lives there

“But I have Tupãrenda here inside,” he says, with a shy smile. He invites us to accompany him to the hut. We sat on the bed, we looked around in the dim light…She is here. On one of the poles that supports the roof of plastic sheets. The Mother and Queen of Schoenstatt, who welcomes thousands and thousands of pilgrims to her shrine at Tupãrenda, is here with this boy who misses her so much. “I gave them these stickers from Tupãrenda, for the Jubilee,” Fr. Pedro explained and then asked. “You kept them?” Of course, Ángel said. “I pray every day so that she will help me get ahead with her. I do not want to go back to the old ways,” he affirmed.

Here we all are— three Paraguayans, an Argentinean priest, and a German— looking at the most simple Home Shrine I have ever seen. Embraced “in the Covenant” we prayed…at first spontaneously, then together, “My Queen, my mother…” and silently I added: “I consecrate to you this day…his desires, his future, his return to Tupãrenda and to school, to his family….” Father Pedro gave us his priestly blessing. We went outside since the heat inside was unbearable. We couldn’t tell if the drops on our faces were from perspiration or tears… 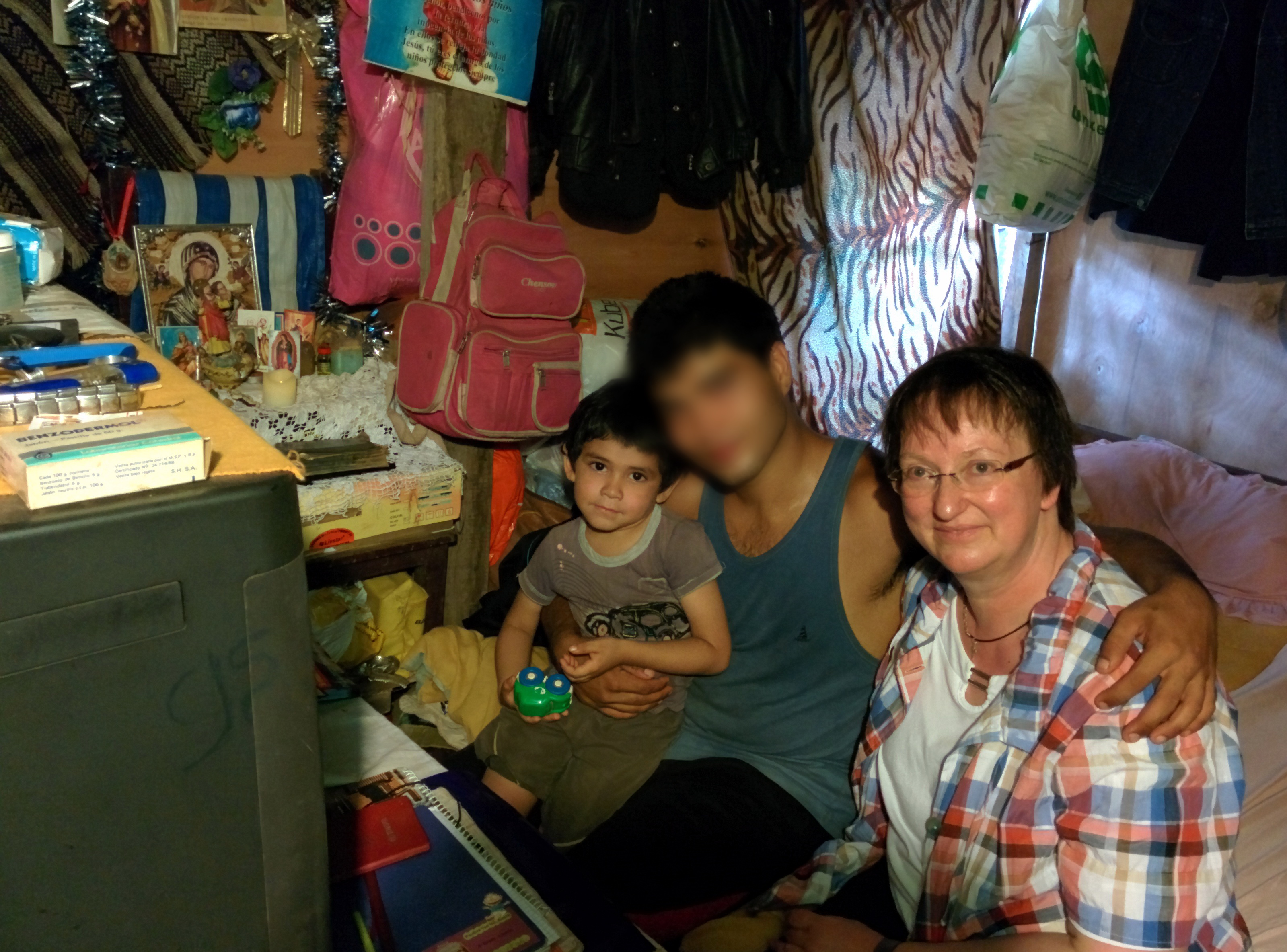 This was in March. Months later a few weeks after Pope Francis’ visit to Paraguay, Father Pedro received the good news after much red tape and waiting for a long time, Ángel received permission to leave house arrest to go the Youth Mass in Tupãrenda once a month! A moment of enormous joy…

“And school?” I asked Father Pedro via WhatsApp. “Nothing yet,” he answered. “And I already have someone who will donate his bus ticket and traveling expenses…”

We still have to wait.

I pray to the Tupãrenda Mother, the Blessed Mother, who lives and works in Ángel’s humble Home Shrine that she intercede for her son, her ally. For Ángel, and for all the Prison Ministry and its instruments, and for so many youths like Ángel, who fall into a life of crime because they have no other way to survive on the street.

And for those, who through their donations of time, love and money make it possible for the Prison Ministry “Mary’s Visit” to do what they do. 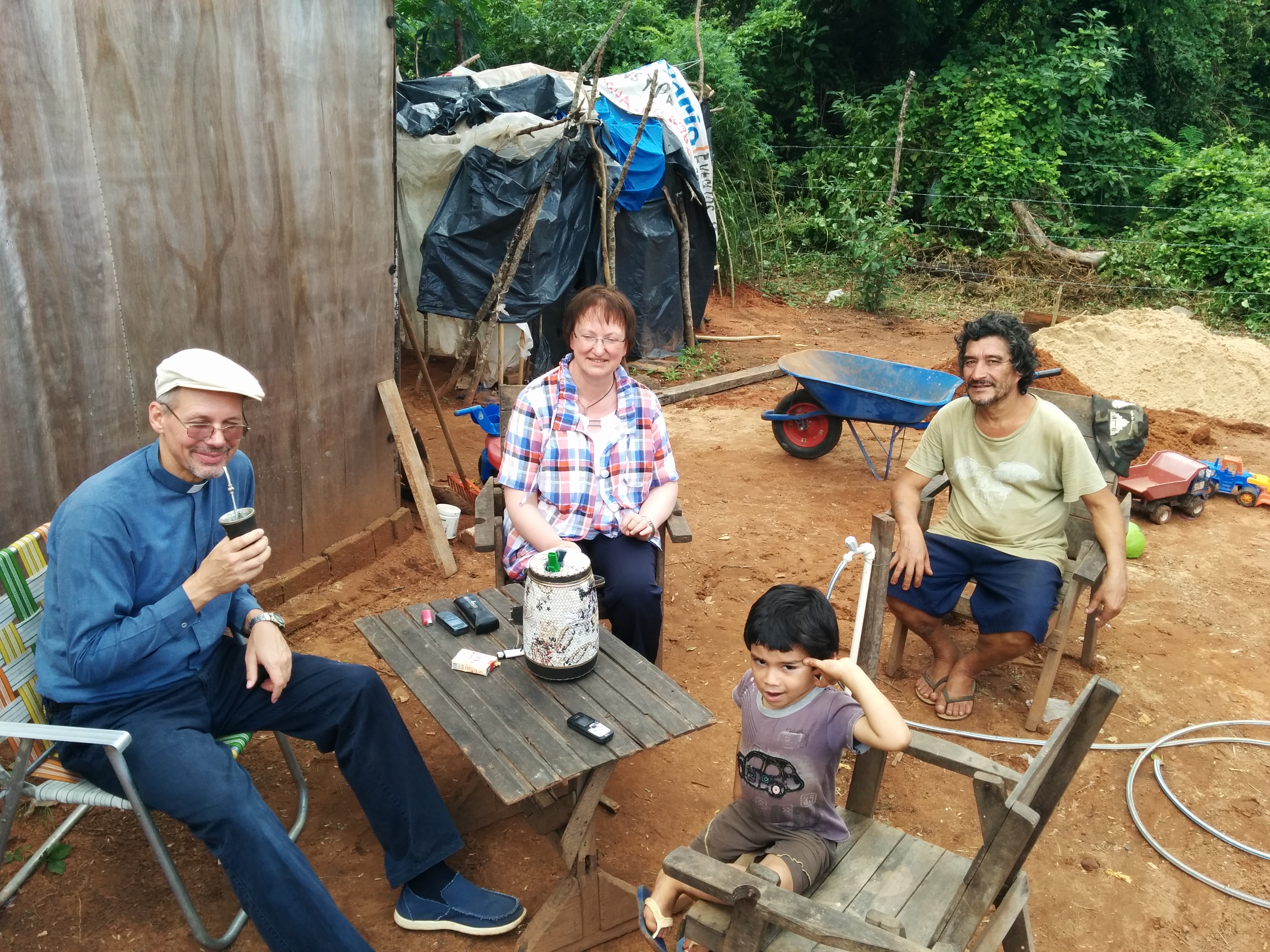