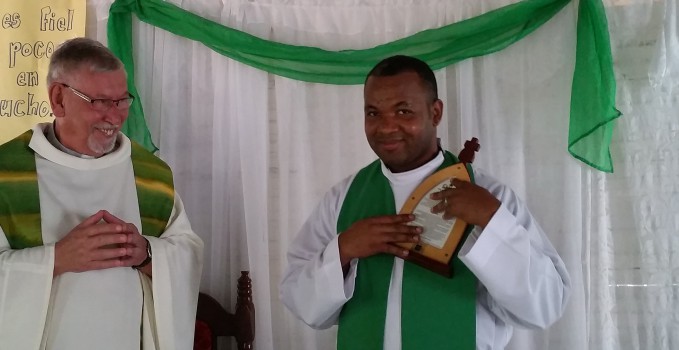 With the Original Shrine’s “Pilgrim MTA” in the Dominican Republic

Saturday, August 8, 2015. Schoenstatt is celebrating the ordination of priests and deacons in the Dominican Republic; they are from the country’s several dioceses. It is a celebration for the entire Church as well, and thus for Schoenstatt as part of the Church and living the Dilexit Ecclesiam of its founder. Besides it has to be, because among the newly ordained priests and deacons, there are several members of the Schoenstatt Federation of Diocesan Priests’ first course, Primavera del Padre [Father’s Springtime]. Father José Neuenhofer, from Bolivia, the second course that started in 2014, and Father Maximiliano Bartel from Argentina accompany them.

During July Father Egon Zillekens, head of the Federation of Diocesan Priests, visited the members of the Priests’ Federation in the Dominican Republic, the “the Original Shrine’s Pilgrim MTA” accompanied him. This is the same Pilgrim MTA who was “watching” in the Original Shrine for several years, keeping all the petitions, prayers, gifts, and offerings sent to the source of grace via schoenstatt.org, on a flash drive to enrich the place of origin as Joao Pozzobon said. Since December 2014, she now has a new mission, and she is fulfilling it beyond our wildest expectations. 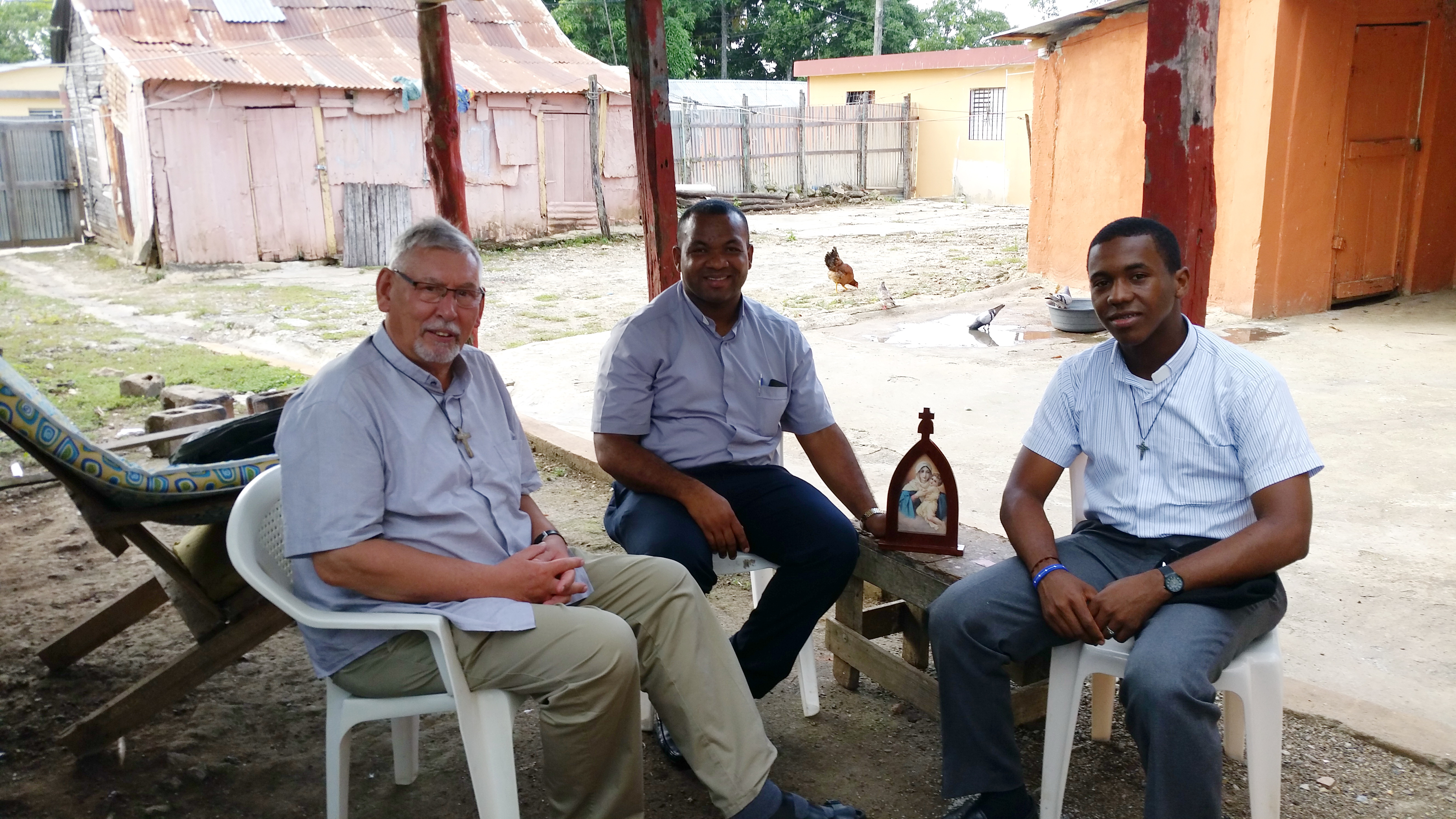 At every Mass, at every meeting…and in so many hands

When he arrived in Santo Domingo, Fr. Egon met with Fr. Neftali, who belongs to the first Federation course, and he celebrated the first Mass of this trip in Fr. Neftali’s parish. He had the Pilgrim MTA with him, and he told a little about her story and mission, and he sent her on pilgrimage among the faithful. They touched, kissed, gazed at her in total silence with tears in their eyes and at the same time with radiant smiles. It was the last time that Fr. Egon could call her “his” Pilgrim MTA, because from that moment on, she became the faithful of Dominican Republic’s Pilgrim MTA by reaching out, going on pilgrimage, and going on mission. 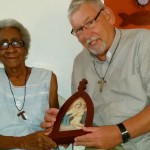 “We went to visit Arturo’s mother a few days after her husband’s death. I spoke to the widow about her faith helping her to bear the very sorrowful situation after fifty-six years of marriage. It was impressive; I gave her the Pilgrim MTA, and during the entire time that we were there, she did not let her go,” Fr. Egon Zillekens relates.

The Pilgrim MTA was at all the Masses. At one of the Masses, a man asked for her, and he happily placed her proudly over his head. Thus a new tradition began, for from that moment on, everyone wanted to not carry her in his or her arms alone, but over their heads as well.

Fr. Egon, with the respective pastors of the Federation accompanying him, took the Pilgrim MTA to large and small parishes, to humble chapels, and impressive churches – and everywhere enthusiasm, affection, and stories of faith and covenant were shared. 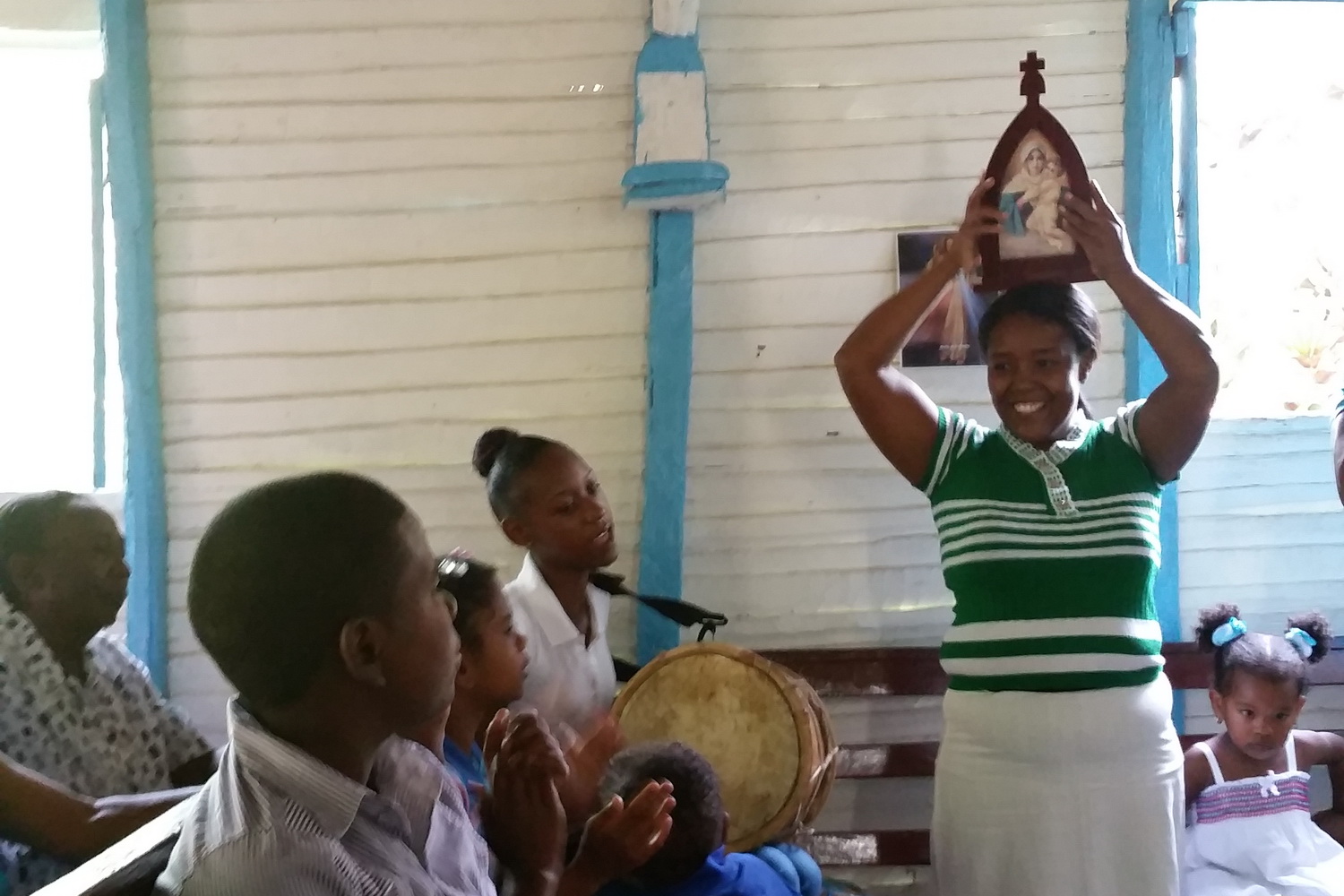 “How did the Priests’ Federation emerge in the Dominican Republic?”

While the Institute of Diocesan Priests, which includes two bishops, has existed in the Dominican Republic for some time, the Priests’ Federation was initiated recently among seminarians and young priests. “Sister Cecilia was instrumental in the Priests’ Federation,” said Fr. Egon. “She works at the seminary and does everything for the seminarians; she is a mother with a maternal and open heart. She is the one who discovered vocations for the Federation,” he relates with gratitude.

“We agree on remaining loyal…and in Whatsapp!”

There was a gathering with the second course of the Federation at La Victoria in the Shrine. Of course, the Pilgrim MTA was at every Mass for the priests and at every meeting that they had. The meetings were a continuation of the training itinerary for Federation. They dealt with pastoral and vocation topics. Many of them are still seminarians, and some of them were ordained as priests or deacons on 8 August.

It is also about living in community: living in attachment with one another, attached with all of Schoenstatt, attached with Fr. Egon and the Priests’ Federation. Could it be the Pilgrim MTA’s influence with her media story and the virtual but real attachments? A new motto was born at one of these meetings:

“We agree on remaining loyal…and in Whatsapp!” 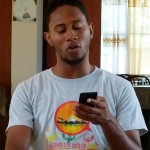 “Since the visit to the Dominican Republic I have Whatsapp,” Fr. Egon says laughing. 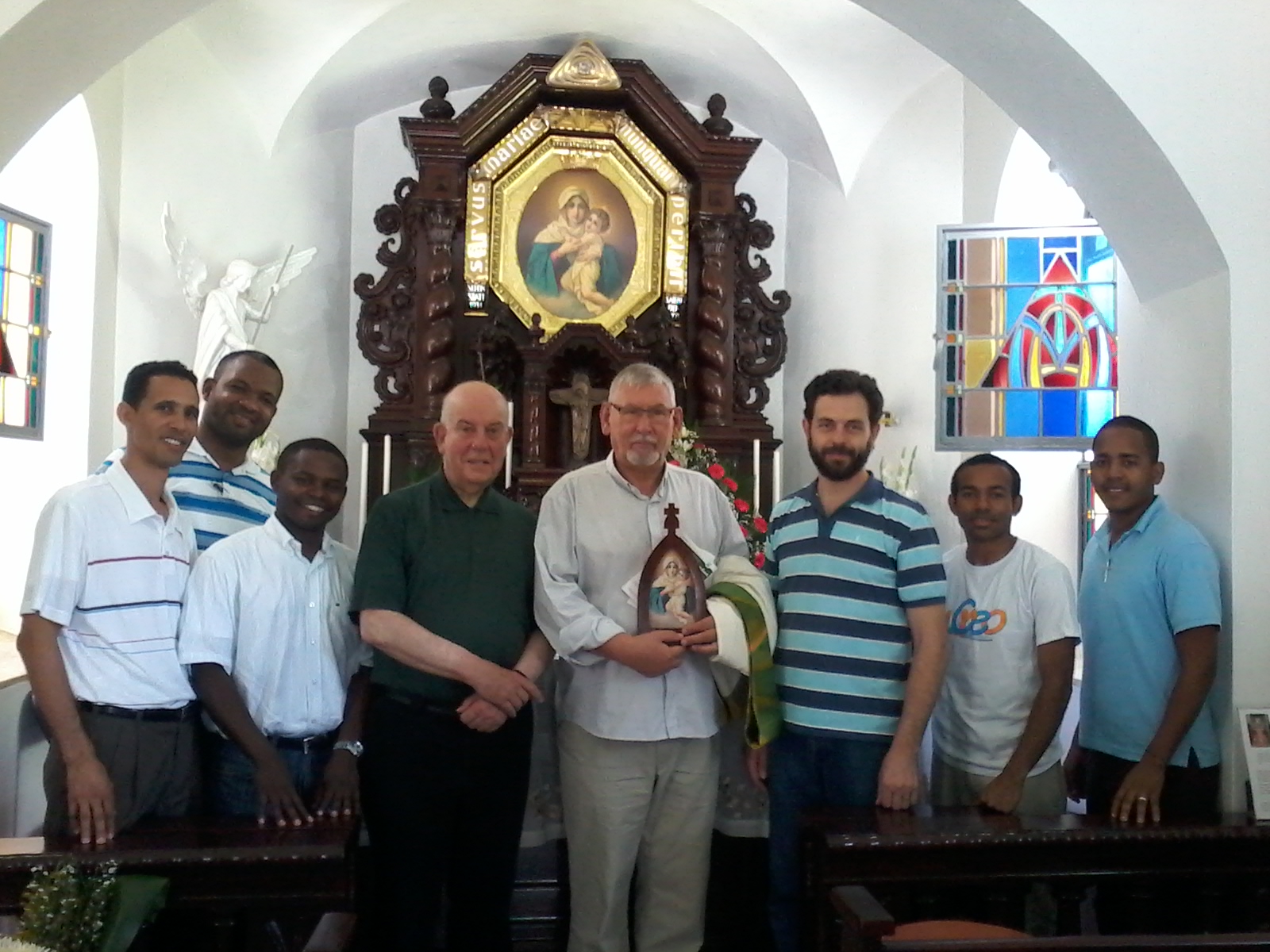