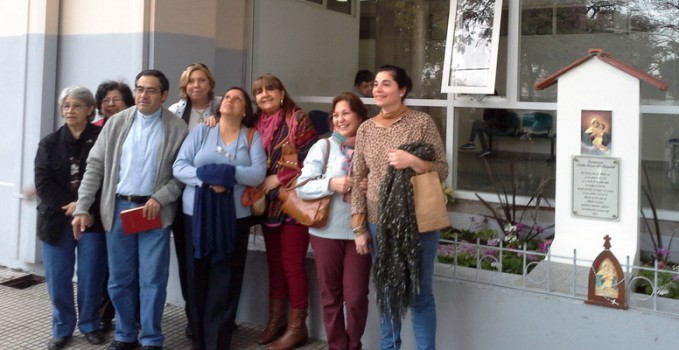 Almost ten years ago, on September 8, 2005, three Schoenstatt Father novices made one of the legacies of their stay at Tucumán a reality: the construction and the blessing of a Wayside Shrine of our beloved Blessed Mother at Padilla Hospital, the place where they were carrying out their social work practicum. 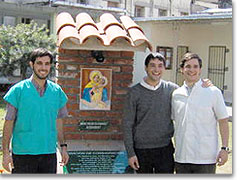 When they had to leave, they left a Pilgrim MTA in one of the wards, where they worked.

The sick and their relatives prayed and left their expressions of gratitude for the graces they had received at the Wayside Shrine, however while the renovation of the hospital was being carried out, it was hard to reach.

Unless a grain of wheat falls into the earth and dies…

During November last year, a Schoenstatt Rosary Campaign missionary was admitted to the intensive care unit of this hospital.

Members of her group organized offering One thousand Hail Marys in the hall adjoining the door to the unit. They set up a small altar with the Pilgrim MTA; the prayers continued until she died.

A missionary asked why they were praying here and not at the Wayside Shrine; they responded that they wanted to pray near her.

On one occasion, they had to go outside to pray on the sidewalk, because they were cleaning the waiting room, so they continued to pray the Hail Marys with the same devotion.

Soon thereafter, it was determined that the Wayside Shrine had been demolished as a result of improvement and expansion projects at the hospital.

They began plans to salvage the picture and for new construction. There were endless telephone calls, visits to the hospital, prayers, and capital of grace all without results.

Seeing the picture torn at the inner left side supported against a wall broke one’s heart.

The hospital chaplain promised to keep it until a decision was made.

Sometimes we asked ourselves why these things happened, and the response was to leave the decision to her. 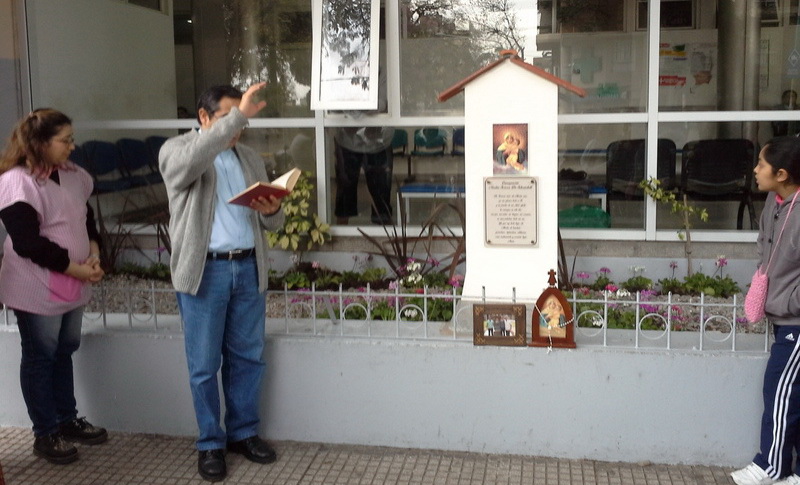 In Covenant, let us go to the encounter

On a specific day, a missionary from the group, which had prayed the 1,000 Hail Marys, passed in front of the hospital, and she felt the urge to enter and to attempt to speak to the hospital’s director. She met with him unexpectedly, and she told him about her concerns and about the project for the new Wayside Shrine.

The doctor listened respectfully to her proposal: to build it where they had prayed the 1,000 Hail Marys, since it was an area for emergencies and for very ill patients.

The Spirit inspired the director, and he approved the construction toward the street on the green space. Oh, what a surprise! This was the exact place, where they had prayed when they had to do it on the sidewalk.

Around 850 people enter daily through the hospital’s emergency room doors. It is a street that is in constant use.

Not only was this dream fulfilled but through the initiative of some missionaries along with six volunteers, Voluntariado de Maria [Mary’s Volunteers] was initiated at the hospital.

On August 4, 2015, almost ten years since its first blessing, Fr. Sergio Costilla, the hospital chaplain, blessed the Blessed Mother’s new Wayside Shrine. There was a photo of the former Wayside Shrine with its advocates at her feet. He also blessed the volunteers who will generously visit the wards consoling and easing the souls of so many ill, suffering people.

We extend our most sincere thanks and prayers to all the hospital authorities who opened their hearts and who were a part of this crusade.

In her new garden, Mary greets and shelters them all and also those who pass by her shrine daily.

She is the great missionary; she works miracles! 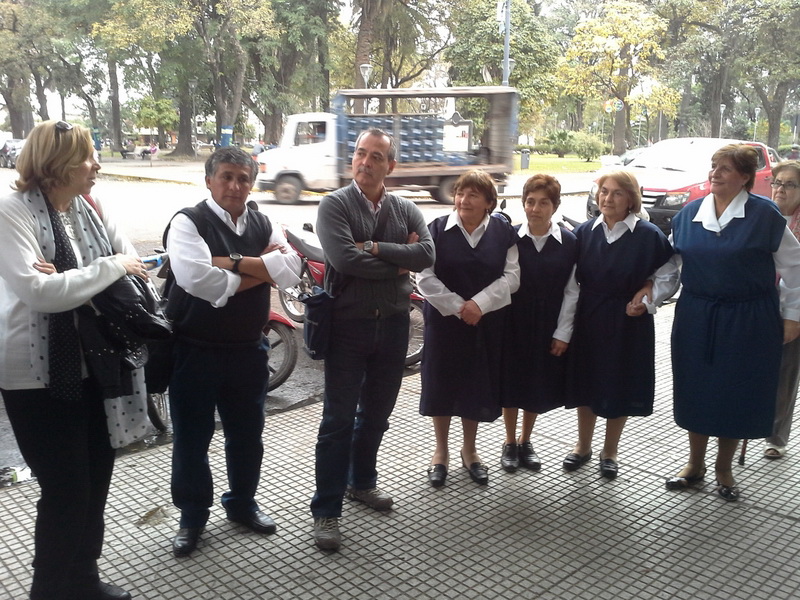