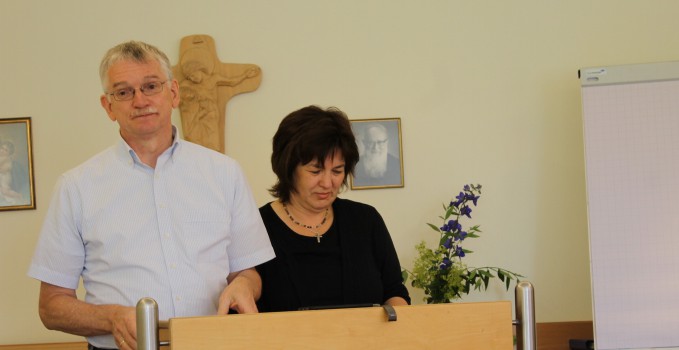 “Caught!” was clearly written in Margit R’s face when Gertrud and Norbert Jehle spoke very practically and graphically about “listening and looking” on Saturday, 27 June, during the Jour Fixe for leaders at Memholz, Germany. These are decisive elements of observation when dealing with colleagues. The little, practical exercise during which Margit R’s face showed she had been caught, gave rise in other participants to a whole palette of emotions from “This can’t be happening!” to a smiling, “It really is my turn!” The exercise consisted in imagining a colleague at the lower end of my scale of favourites. What does he or she like? – And then, also for two minutes, the same thing with a colleague I like most.

One remarked, “In the first instance, all I can think of is that he enjoys annoying me”; the next related that “the colleague I like the most” loves to drink coffee, so it is almost automatic to bring him a cup of coffee quite often. “At the other end of the scale, I know he likes chocolates, but I would never dream of offering him a bar of chocolate!”

A personal test succeeded and proved the point of Fr Tilmann Beller’s statement, “If I wish the other person well, and show my appreciation, I will discover more.”

Simply look without immediately interpreting, simply notice without passing judgement; never be satisfied with the first impression, but look more closely and ask: What motivates that colleague? The new colleague who sits alone at a table during the break, and remains monosyllabic, could possibly not be a loner or someone who won’t be part of a team, but simply unable to take part in small talk at that moment because he or she is very worried about someone they love…

In their talk Gertrud and Norbert Jehle worked in many hints given by Fr Tilmann Beller in his training courses for movement work. Basic skills from Fr Kentenich’s pedagogy simply have to be learnt, Norbert Jehle remarked, if you want to talk about Kentenich pedagogy, or even apply it. “We say so easily: Observe, compare, streamline to a principle, apply, but only because we know these concepts. Yet we haven’t mastered the art of observing.”

“What really helped me was the hint that you can’t observe well if you are personally under pressure or worried about something”, one of the participants remarked, while another, who had taken part in a long and intensive discussion after the talk, said that he had just realised why one colleague has recently made him so aggressive… 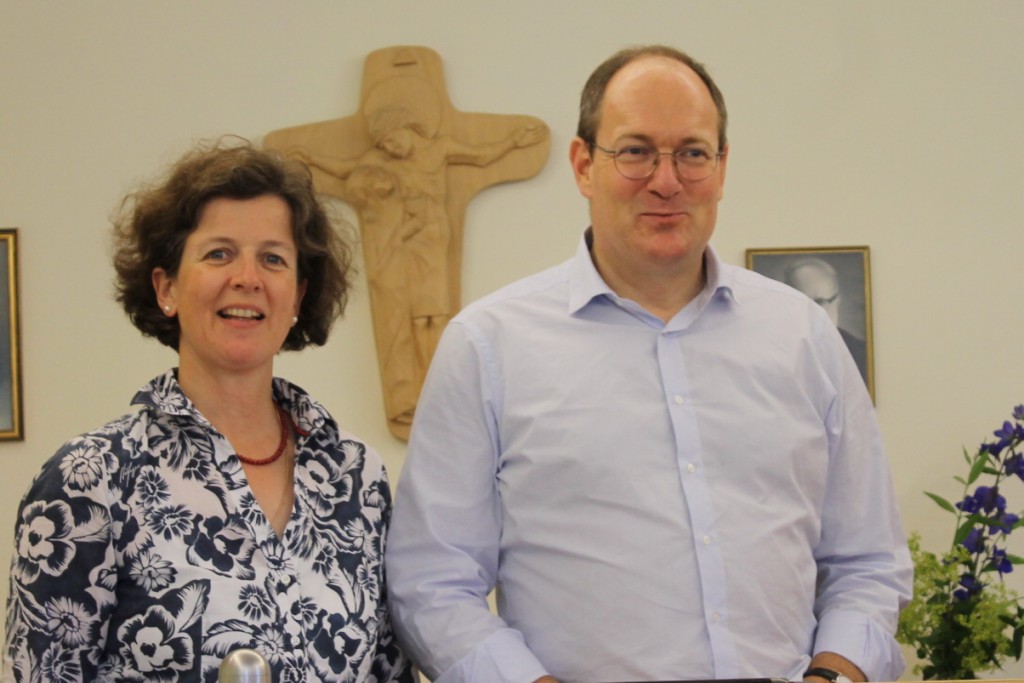 It was immediately clear to the participants at the Jour Fixe that looking properly and attentively can make us happy, and also that it will help us to enjoy our colleagues more. Yet why do it, except to help us to grow personally?

“You suddenly see the potential in somebody and can promote something, make it fruitful, and that is good for the business”, the speaker said. In the long run the wellbeing of our colleagues promotes the good of the business. “We are working in a creative field, and almost all of us are creative or charismatic people, but also pretty chaotic, myself included”, a business leader in the group said. “And there is this one colleague who gets terribly upset by ever disturbance of an orderly run of the day. This gets us upset. One day I understood his constant catchphrase “meticulous”. I noticed that he is only really happy when everything is properly planned, done tidily and precisely in the right sequence, just as it should be done, and when the final result is exactly as it should be. We became tidy enough for him – but without him I am sure the whole place would have collapsed. Since he knows that I am aware of it, we don’t always work in a relaxed way, but at least we get on well together.”

As usual many remain long after the actual close during a buffet and drinks. The conversations are too interesting! By then all the children, who had had their own programme during the afternoon, had joined us and gladly ate the delicious things the adults simply forgot about because of the conversations. “Only grownups do that”, an eleven-year-old said. Well observed. 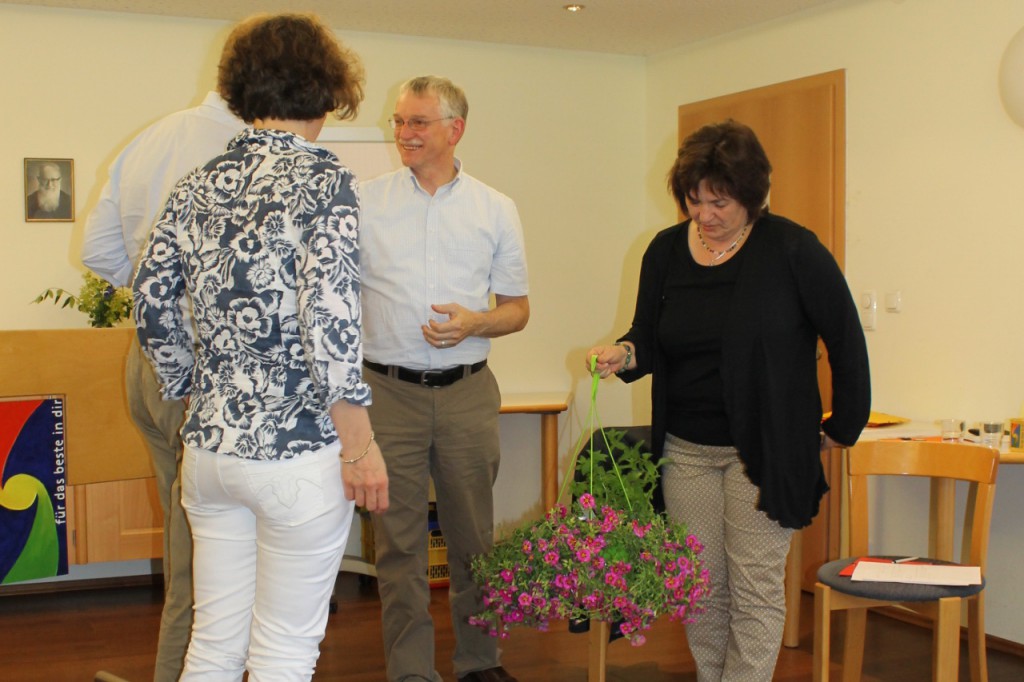 The new book by Ingeborg and Richard Sickinger: “The Growth Principle” is available (in German) here

Further meetings of the Jour Fixe can be found at www.IKAF.de