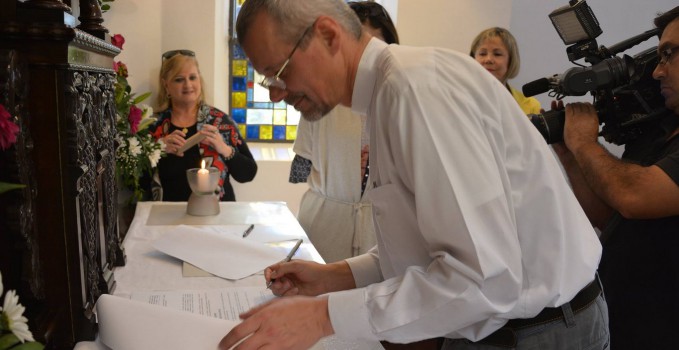 Posted On 2015-06-13 In Mother of Tuparenda House, Projects, Schoenstatt - Reaching out

This Thursday, 4 June, the Minister of Justice, Sheila Abed, Father Pedro Kühlcke, chaplain of the Centro Educativo, Itaugua [Itaugua Educational Center] and the President of the Foundation for the Promotion of Values and Prevention of Violence (Fundaprova), Ana María Mendoza de Acha, other authorities and a group of the youths from Esperanza Jail Pavilion participated in the blessing of the wayside shrine of Schoenstatt’s Mother Thrice Admirable. This wayside shrine is like the cornerstone of the construction of a house-school that will have a capacity for 20 youths whose sentence has been fulfilled. Previously they gathered in the shrine, where the objective of the encounter was explained and the agreement between both parties for the benefit of the boys, who will be released, was signed on the altar. 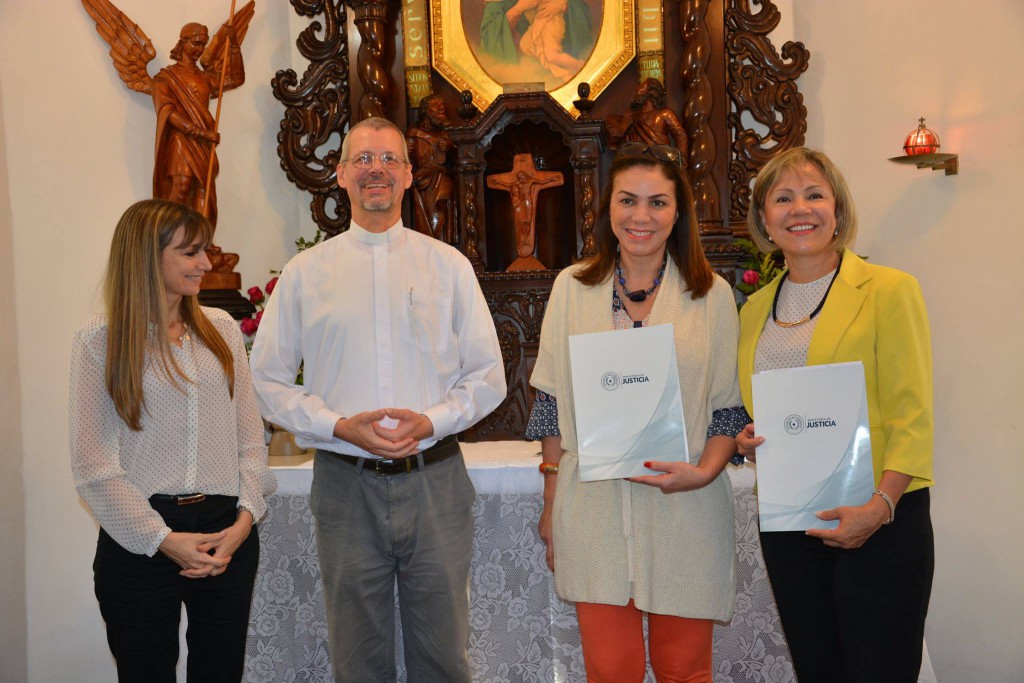 For many, it will not be a “second chance,” instead it will be the “first chance” in their lives

The objective of this undertaking is to offer training in values and work so that these youths can reintegrate themselves into society with a profession that will be offered to them. We could say that the Blessed Mother wants to give protection to the most helpless. The problem is that family ties are weakened during the time of their sentence. Some of the boys have mothers who work in the exterior where the father has been absent, so it is fundamental to support them when they are released so that the 60% or more recidivism will decrease. Similar practices in Chile and Guatemala reveal a decrease to 3%. For many, it will not be a “second chance,” instead it will be the “first chance” in their lives.

Its use will be on a daily schedule; the agreement allows for the construction of a shelter for the social reintegration of these adolescents. The Minister of Justice, Sheila Abed, affirmed: “We are going to give them an immediate place so that the minors can reintegrate themselves effectively into society, moreover, we will work with their families and provide work mediation so that they can access their first employment,” she maintained. On his part Centro Educativo Itaugua chaplain, Father Pedro Kühlcke, mentioned: “The idea is that we accomplish a wholesome rehabilitation; they will be able to come every day Monday through Friday and thus develop themselves in spiritual, work and educational fields. All the boys who want a change and an adaptation to society will be welcomed here.” The shelter is not to be mandatory. 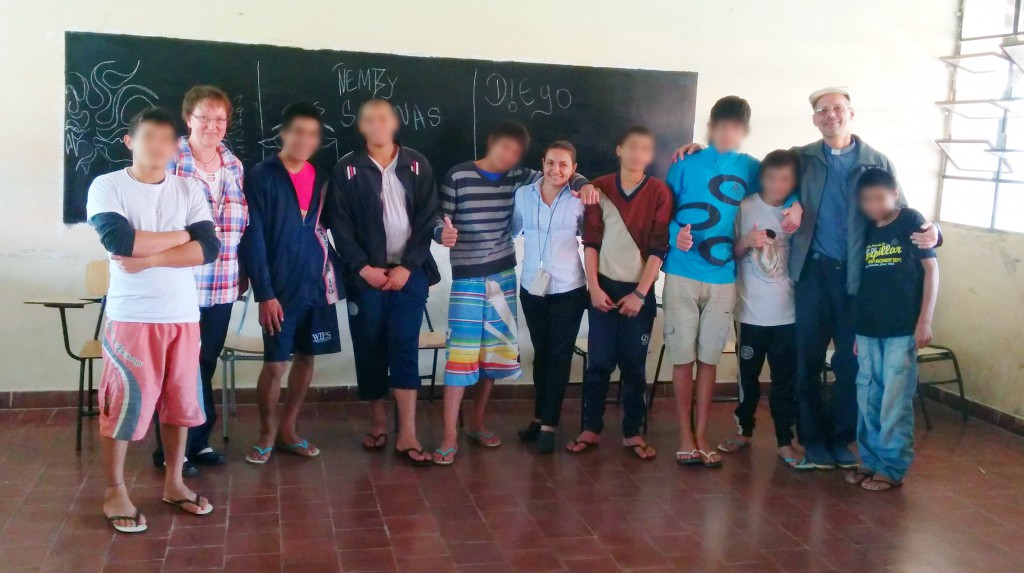 In a periphery that needs so much human and spiritual help

Our Father, Pedro, has become a fatherly friend to these youths who wait for him every Saturday at the reform school and when there is an urgent need. They have Mass, which is attended by 20% and confessions are in great demand. There are a large number of Schoenstatters who support the cause with their visits and gifts. The employees, educators, and guards have become friends of our chaplain, who has great moral authority. As a subsidiary of the Schoenstatt Fathers, we feel proud of being in a periphery that needs so much human and spiritual help. It is a little grain of sand for our nation so that it will become more and more a nation of God. 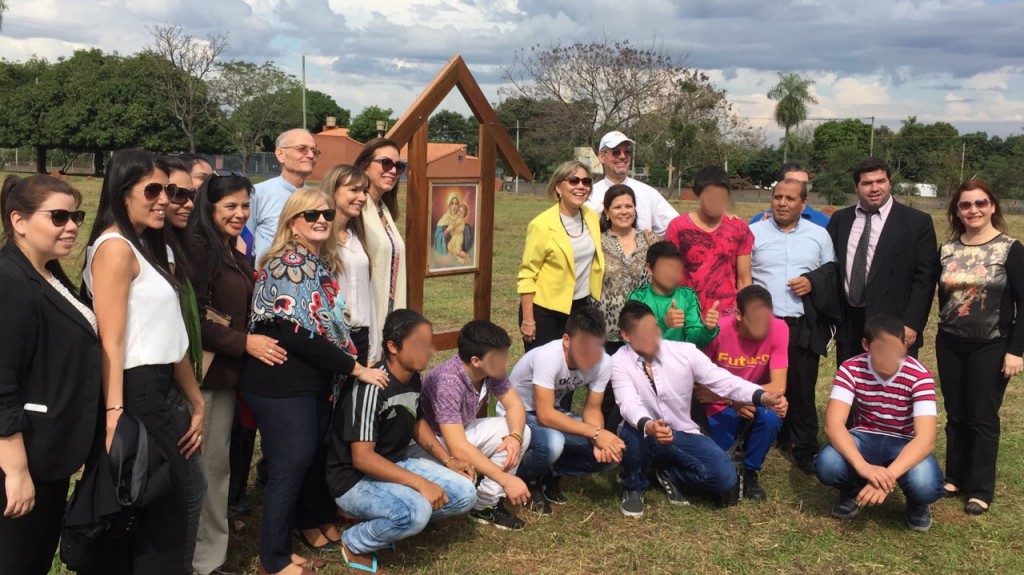