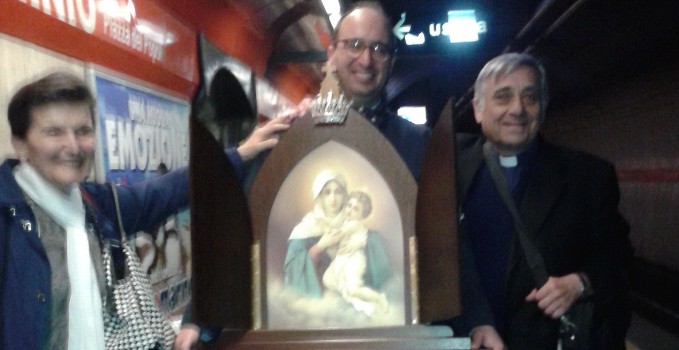 Encounter of Movements in the Heart of Ancient Rome

On 30 April 2015, in the heart of Rome, in Piazza del Popolo, a very significant meeting for the Movement took place. On the initiative of the Auxiliary Bishop of the Diocese of Rome, Matteo Zuppi, entitled “50 days of fire”. It is an invitation to the preparation of the Solemnity of Pentecost.

Sister Vera Lucia, who is behind every major event in Rome, formulated, a week before, a very compelling and convincing invitation, in which she wrote that the Schoenstatt Movement, like other movements, could take part in this event – and this by preparing and planning a Mass on 30 April from 19:00 to 21:00 in the church Santa Maria in Montesanto – Piazza del Popolo.

“It is the day when we can show a little ‘of the beauty of being Christians and Catholics. To the people who come, we can either distribute, at the entrance to the Church, a “little card on Father Kentenich,” in his own words about the Holy Spirit, and prayer cards of the Blessed Mother Thrice Admirable, and also invite initiatives of the Branch one belongs to, etc. etc. Not to be missing, the Pilgrim Mother and the MTA banner… ” 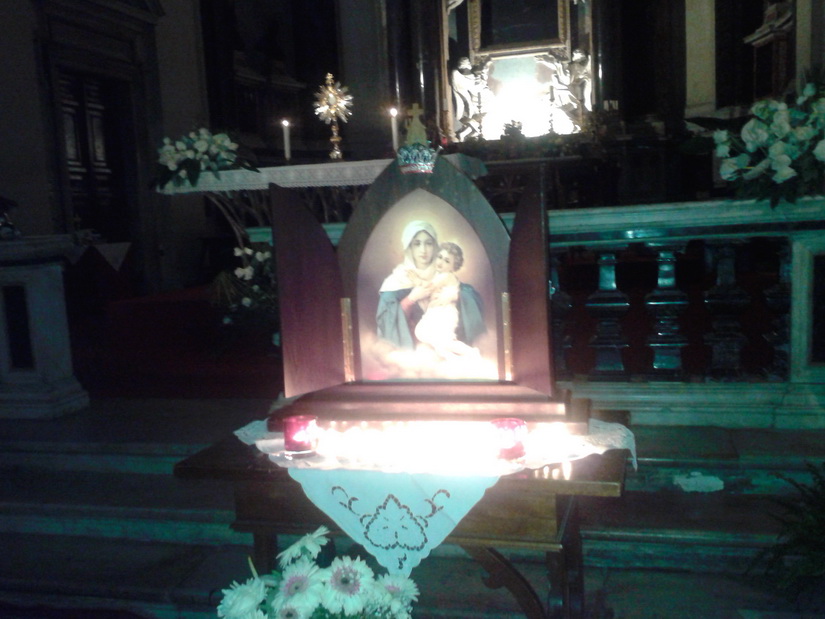 A sea of ​​light in front of the Image

Sister Vera Lucia relates her impressions: “Upon arrival we got to the back of the church to welcome the people coming in. We had prepared a table with several things: Schoenstatt books, holy pictures with prayers to the Schoenstatt Mother, and candles. I can say that to meet the people in a church, where the majority comes not to pray, but just to see the works of art, is a challenge, which brings you to have a feeling of empathy, serenity and conviction in your beliefs, and above all, you believe what you proclaim! This is what I experienced that night. To all we offered a picture of our Mother of Schoenstatt and invited them to visit the Sanctuary. And we’ve also gave them a candle to place in front Image of the Pilgrim Mother. The reactions were different: many people acted almost “frightened” when we approached, as if to ask “What do you want from me?” Others came to us and asked us, “What is this?” Others still looked elsewhere … And there were those who looked and just smiled, hesitating to approach. But everyone brought a candle to the Virgin Mary!! From the photos we took, there was a “sea of ​​light” in front of our Lady’s image.

Surely it was a good experience of hospitality and warmth! I’m also sure that Blessed Mother has warmed many hearts and will draw them to the shrine. It was very nice when we were asked to put booklets and leaflets of Schoenstatt together with holy cards of our Mother Thrice Admirable in the Church. And we joyfully prepared our table.

However the greatest things always begin from the smallest ones, as seen from the parable of the “Grain of Mustard”… 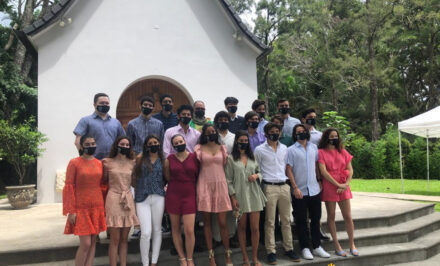