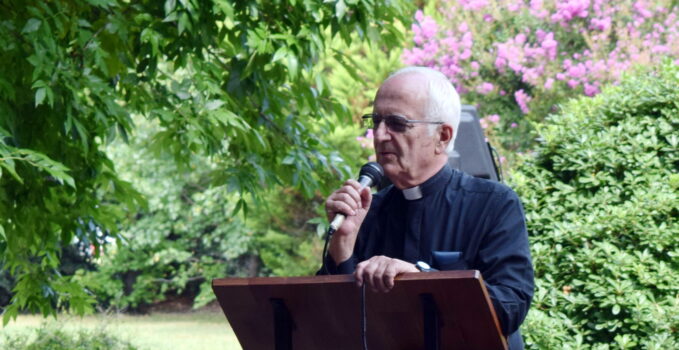 Fr. Alberto Eronti. On the occasion of the golden jubilee of my priesthood •

On the occasion of the 100th anniversary of the birth of Fr. Joseph Kentenich, a journalist asked Fr. Alex Menningen, a co-founder of the Schoenstatt Movement in 1914: “What was it like to live an entire lifetime in the shadow of such a great man?” Fr. Menningen answered: “I did not spend my life in the shadow, but rather in the light of a great man.” I make these words my own. — 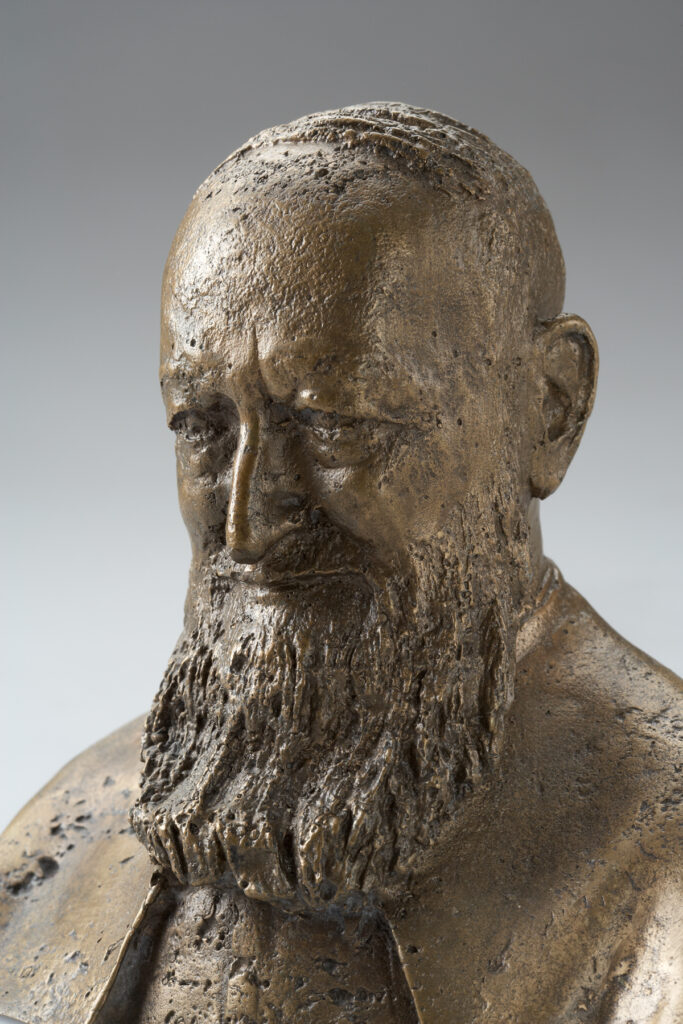 My first knowledge of Fr. Kentenich is what others told me about him and the writings that would arrive in Chile. It aroused a deep admiration within me. During my novitiate in Chile, philosophy and humanities studies in Brazil, I heard a great deal of criticism and even cunning attacks against our father and founder. Nothing has ever changed my grateful communion with him and everything that has enriched my life is because of him.

On 9 May 1966, I met him personally. How did this meeting affect me? The first thing I felt was a deep, warm, calm, and joyful closeness. His entire person possessed the grace of welcome. For him, every son and daughter is important. He may have been very demanding, but he never stopped praying and caring for each son and daughter, no matter how difficult they might have been. What he was able to manifest with a particular confidence is not easy: “Firmness and tenderness, the two hands of a single love.”

Today, one cannot be a priest without love for God, humanity, and the world

Later, as I got to know and hear more of him, my admiration grew. Here are some of the characteristics that had an impact on me and guided me: A child before God, a father to men and women; the warmth and depth of his close love for Mary; who from childhood welcomed him as his Mother, Refuge, Educator, Queen; his enormous sense of mission, that made him daring to the extreme; his prophetic nature, that was able to provide the most lucid analysis about the realities of his time, and those would only be seen or recognized decades later, including by other great men; his statement that “today, one cannot be a priest without love for God, humanity, and the world”; his capacity to listen and read souls. Father superbly possessed the three graces of the Shrine: he knew how to welcome, he knew how to nourish interior transformation and he know how to send people out to live and give what they had received.

Perhaps, among the many words that describe him, we can quote the last motto that he gave the German Family on their “Katholikentag” (meeting of Catholics focused on lay action): “Joyful through hope and secure in victory, with Mary into the newest times.” Why “with Mary?” Because Mary is the “lighthouse” that can be seen on the horizon: Christ, the beloved Son of the Father.

It is clear: the priesthood that was conferred on me, without the close influence and example of Fr. Kentenich, would not have been what it is. With him, I learned to love the Trinity as a supreme and close reality, and I learned to make my Covenant with each person of the Trinity. With him, I learned to love Mary and through the Covenant of Love, to take her as my Mother, Companion, and priestly Collaborator. From him, I learned to love the real Church, as it is, and to love her with her light and darkness, as one loves a mother. From him, the Schoenstatt Family became my great priestly love and serving this family has been my greatest achievement. I can say of him what St. Paul said of Christ: “He loved me and gave himself for me.” 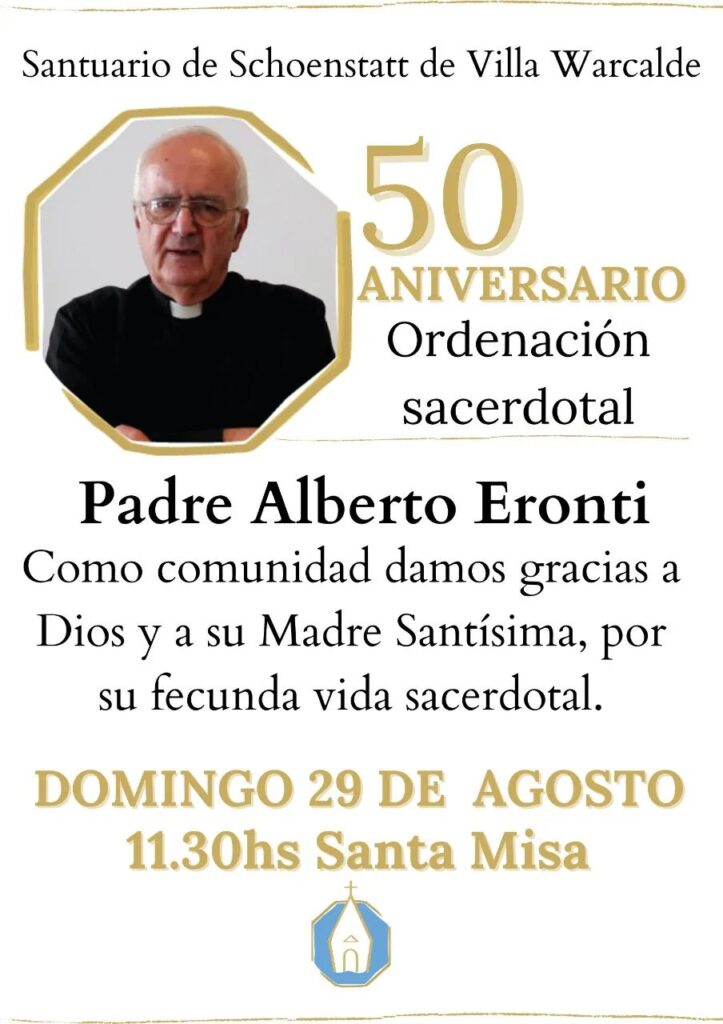 The Mass for the Golden Jubilee for Fr. Alberto Eronti will be streamed live on the YouTube channel of the Villa Warcalde Shrine