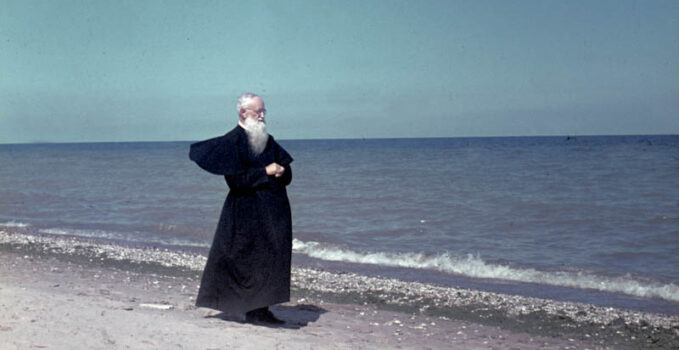 “Out of respect for the possible victims” and “the Schoenstatt Movement, a great movement that is spread throughout the world, with a very large footprint at the service of the Gospel,” Dr. Stephan Ackermann, the Bishop of Trier — the diocese where the Original Shrine is located and the headquarters for the International Schoenstatt Presidium, where the process for the beatification of Fr. Kentenich is in the diocesan phase — has adopted “a wider focus over the process […] “after debating with academics in various disciplines, historians, psychologists and educators.” He explains this focus in an interview on the website of the diocese’s ecclesial newspaper, “Paulinus”. As Fr. Juan Pablo Catoggio commented to schoenstatt.org, the interview and its content are also the result of an express desire on his part. —

In addition to the explanation of the why and wherefore of the change of procedure already published in the press release of March 6, in the interview Bishop Ackermann reveals his decision to “look again at another part of the process, in fact, concluded”.

“There is an accusation by an American citizen against Fr. Joseph Kentenich, who claimed to have been abused by him between 1958-1962. The accusations were made in the Archdiocese of Milwaukee in 1994 and were examined there, especially in light of the beatification process that was underway. The investigation into the accusations by the Archdiocese of Milwaukee gave rise to a report written by the local Church tribunal. The said report stated the position that it was not necessary to continue with the matter at this time.”

Everything was sent to the Diocese of Trier and is part of the documents in the process.

“Since then, more than 25 years have passed,” explained Mons. Ackermann in the interview. “In this time, we have gained a great deal of experience — all over the world — in bringing to light alleged cases of sexual abuse. However, I would like for it to be reexamined, also with regard to the accusation already investigated in the USA, if the investigation carried out at that time can also be considered sufficient according to current criteria, or if it ignored aspects that should definitely be taken into account in a final assessment. In this case, the investigation from that time will need to be completed, and if necessary, the results should be corrected.”

On the same day, Fr. Juan Pablo Catoggio sent a communique to the movement’s official communication channels and the schoenstatt.org editorial team that beings with a very compelling sentence:

“With the today’s publication of an interview with Bishop Stephan Ackermann about the beatification process for Fr. Kentenich in Paulinus online, it is possible for the General Presidium to give the Schoenstatt Family the following information.” It seems to indicate a “now, finally…”

Then: “Given that this matter falls exclusively under the responsibility of the two dioceses mentioned, until now it was not possible for the directors of the Schoenstatt Movement to provide information about it.”

In this time of controversy on every side, from violent confrontations defending or accusing Fr. Kentenich and a serious distrust based on feeling that they were poorly informed (or even betrayed), it is possible that neither side, neither inside nor outside Schoenstatt, believe in the sincerity of the official statements.

The following is a personal opinion, based on long conversations. I see the communique as sincere:

“As the General Presidium, we expressly welcome the manner in which the bishop has proceeded with the goal of a full clarification.”

With today’s publication of an interview with Bishop Stephan Ackermann about the beatification process for Fr. Kentenich on Paulinus online, it is possible for the General Presidium to give the Schoenstatt Family the following information:

Bishop Ackermann communicated that these accusations were made in 1994 to the Archdiocese of Milwaukee and they were also examined there:

“The investigation into the accusations by the Archdiocese of Milwaukee gave rise to a report written by the local Church tribunal. The said report was of the conviction that up until that moment there was no motive to continue investigating the said matter. At the start of the diocesan phase, all of those documents were sent to us. They were evaluated and it was assessed that the investigation carried out by the Archdiocese of Milwaukee was coherent and could be considered as conclusive.”

The International Presidium of the Schoenstatt Movement learned of the said accusations in 1997, when the minutes of the investigation carried out by the Archdiocese of Milwaukee were sent to Trier, because Fr. Joseph Kentenich’s beatification process was being carried there. The International Presidium did not have information about the exact content of these accusations nor access to the minutes. It was later communicated that all of the documentation from this legal process was added to the minutes for the beatification process, so that it could be made available for examination within the context of the process in Rome. “Given that this matter falls exclusively under the responsibility of the two dioceses mentioned, until now it was not possible for the directors of the Schoenstatt Movement to provide information about it.”

In the interview, Ackermann announced that he wants to reexamine this finalized part of the beatification process, to prove “whether the investigation carried out then can be considered sufficient in light of current criteria,”

“As the General Presidium, we expressly welcome the manner in which the bishop has proceeded with the goal of a full clarification.”

On behalf of the General Presidium of the Schoenstatt Work,
Fr. Juan Pablo Catoggio