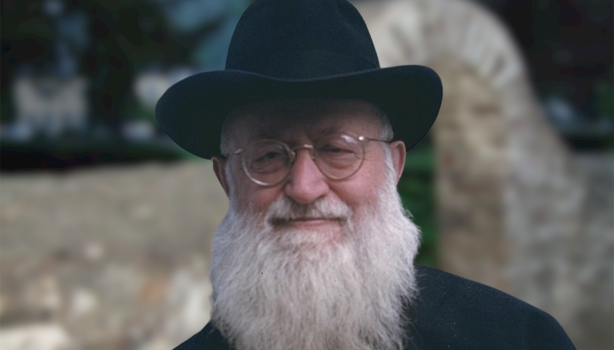 “Klaus Glas and I got together a few weeks ago and talked intensively about the current situation in the Kentenich cause. Seven theses emerged from our exchange, which we would like to pass on to all interested parties. We see our considerations as an impulse for the further development process and would be happy about a publication on schoenstatt.org! With pleasure. And we from the editorial staff of schoenstatt.org would also like to receive many comments, as we have done in previous articles. —

1 Openness instead of secrecy

So-called “family secrets” should no longer be kept secret. It triggers understandable consternation and damages the relationship of trust when “secrets” come to light in a family that were swept “under the carpet” for a long time.

So until the 1980s it was kept secret that Father Kentenich was an illegitimate child. Until a few years ago, most people of Schoenstatt were not aware that some Sisters of Mary had played an “inglorious role” in connection with the two versions. And only a few weeks ago it has become clear that the main criticism of Fr. Sebastian Tromp SJ has been attached to the so-called “child exam”.

In other words, education and transparency are essential for community.

2 Making things accessible instead of restraining them

In other words: Enlightenment and discourse could promote a fruitful principle of tension in the Schoenstatt Movement.

3 Be comprehensible instead of demanding understanding

Whoever uses incomprehensible or misleading terms should not be surprised if they are not understood, difficult to understand or even misunderstood. It is very gratifying that there has been significant progress in this context in recent years (e.g. “sign seeking” and “pastoral care on pulse” instead of “practical faith in Divine Providence”). But this is only the beginning of a path that must be followed continuously.

In other words: the struggle for an understandable language and appropriate contemporary forms is indispensable. Creativity is the order of the day.

4 Going new ways instead of fearfully clinging to the tradition

It is quite astonishing: on the one hand, the word of Father Kentenich is used again and again about the “Church on the New Shore”, but on closer inspection it is the “old church” that is supposed to arrive there on the new shore. As a strong example may serve, a certain newspaper has been eagerly read in certain Schoenstatt circles up to now, although it represents a backward-looking view of the Church and has not shone with journalistic thoroughness in the turbulence of the last weeks.

From our point of view these “events” have beside the historical (“What has demonstrably happened?”), scientific and journalistic (“How seriously and thoroughly is work done?”), psychological and epistemological (“What is the epistemological interest of the acting persons?”), spiritual (“What call of God is in these processes?”) also a church-political dimension: Where do conservative circles intend to steer the Church of Jesus Christ? And above all: How seriously do we as the Schoenstatt Movement take our Founder’s speech about the “poor”, “humble”, “spiritually inspired” Church?

In other words: As a movement, we must also get moving and finally break away from old shores.

5Both as well instead of either-or

A good climate is important, but does not replace clarification of content. Benevolent, understanding conversations and relationships are valuable and important in the family, professional and social environment. But sometimes one can get the impression that this serves in the Schoenstatt Movement as an unspoken excuse to avoid controversial issues. FOR EXAMPLE: What does the Church of the future look like? What does it mean practically and concretely when Father Kentenich speaks of the humble and poor Church? What does he mean by the Spirit-filled Church? What is Schoenstatt’s position on Mary 2.0? Can certain vocations for women be excluded? Who has the power to define how and where the Spirit of God wants to steer the Schoenstatt ship?

In other words: We as a church movement must struggle to determine how and where we let ourselves be led by the Spirit of God.

6Ask critical questions instead of giving in

The publications of an Italian theologian and archivist have provoked official statements from Schoenstatt within the last weeks, which have been mostly factual. Nevertheless, the question arises whether some critical points should not be added: how is it possible that an archivist can use a secret archive in a kind of self-service mentality? How did the responsible Vatican authorities react? How do they evaluate the consequences for the Schoenstatt Movement and its founder in the (ecclesial) public? Shouldn’t there be an official statement about this “behavior” of the woman who made serious accusations against Father Joseph Kentenich?

And above all: In the question of “rehabilitation” a clear, official, i.e. written, statement from Rome would finally have to be made. There should be persistent pressure to end the incriminating and unacceptable “limbo” on this issue.

In other words, representatives of the Schoenstatt Movement should seek to deal with ecclesiastical authorities as much as necessary.

7 Trust courageously instead of dithering in small faith

According to a psychological principle, “bad news is stronger than good”: bad news has a more intensive effect and is more lasting in the memory than positive news. Try it yourself: Where were you on September 11, 2001? And what were you doing on December 24 of the same year?

According to the rule of four, it takes four good experiences to make up for one with bad news. The last few months have been a great challenge in the face of the Corona pandemic, for each one, for the whole society, but also for the Church and for the Schoenstatt Movement. We should stand up and ask ourselves: Where does God’s way lead with us?

A look at the eventful history of Schoenstatt shows that the Covenant of Love is not a “nice theory”, but a source from which we can draw strength and confidence. In this way we can confidently deal with the accusations against Father Kentenich. This is probably where God wants to give a boost to the beatification process! We should also approach our apostolic projects (here in Germany, for example, Family Festival 2021, “Gottesspiel” musical, Women’s Day 2021, participation in the Ecumenical Church Congress in Frankfurt am Main, etc.) with courage and confidence.

In other words, our apostolate is to publish good news and good news as much as possible!

We formulate our theses as a contribution to the current process of discussion, clarification and conversation of the Schoenstatt Movement. In doing so, we express our concern and at the same time declare our willingness to set out with to new shores.

Klaus Glas: Clinical psychologist in his own practice,
www.hoffnungsvoll-leben.de with psychological-educational life assistance engaged in the Schoenstatt Family Movement, the Schoenstatt Project Days and the project   “Seeking Signs”
Author of numerous articles in the magazine “basis” and the family magazine “unser Weg”