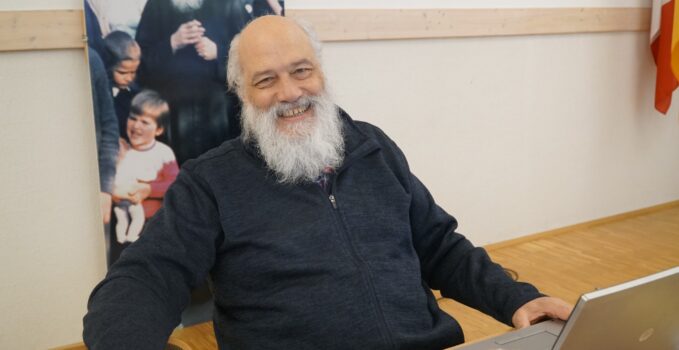 This summer, the General Presidium of the International Schoenstatt Work established an international research group intended to ensure a coordinated, joint investigation of key themes and processes in the history of Schoenstatt that led to the exile of Schoenstatt’s founder, Father Joseph Kentenich, in Milwaukee. The members of the research group were officially appointed at the Presidium meeting on October 12, 2020.—

The goal is to develop a critical edition of various texts and ways of acting of Father Joseph Kentenich in keeping with the present status of scholarly discussion. In doing so, the pastoral, psychological, and pedagogical theory and practice which he developed during his time and which are rooted in Tradition, theology, and Christian anthropology will be taken into account. The research group, whose work is initially on a two-year timetable, will identify the topics in question and agree on a common approach to handling them.

Fr. Alejandro Blanco, Argentina, Director of the International Schoenstatt Federation of Diocesan Priests, is responsible for the coordination of this work and is the liaison between the research group and the General Presidium of Schoenstatt.

The other twelve members of the research group come from five different countries, and almost all of them belong to one of the core communities of the Schoenstatt Movement:

If necessary, additional persons from the various countries can be invited to research or work on individual topics.