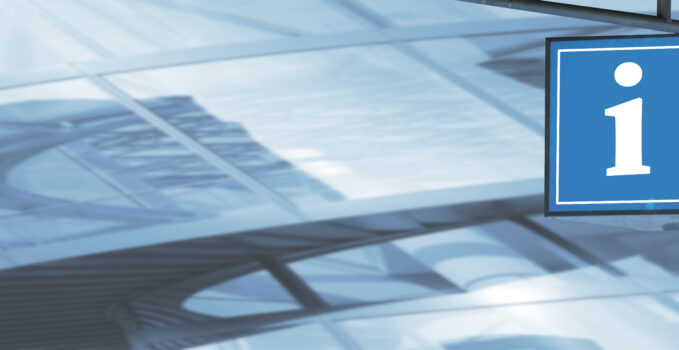 The recent information provided by the German newspaper Tagespost, referring to the research of the theologian and historian Alexandra von Teuffenbach, has left a good part of the Schoenstatters confused and discouraged.  The analysis carried out during the pontificate of Pius XII in the Vatican, contains a lot of material about the visitation of Father Sebastian Tromp, among this would be found – according to von Teuffenbach – notes about the conversations of the Dutch Jesuit with Father Joseph Kentenich, as well as letters from representatives of the community of the Sisters of Mary.  Within them, a letter addressed to the General Superior stands out sadly, since it claims an alleged sexual abuse by the Father and Founder against one of the Sisters.—

As expected, the highest representatives of the Schoenstatt Movement have begun to call for calm in the midst of this earthquake. However, and unfortunately, it seems to me that both the declaration of the General Presidency signed by Fr. Juan Pablo Catoggio, as well as the reaction of Fr.Eduardo Aguirre, postulator of the cause of beatification of Father Kentenich, are going in the wrong direction.

First of all, because they base their arguments on the simple fact that these were well-known situations (“it is known”, “it was known”), and recognized as the cause of the exile of the Founder; but furthermore, secondly, because they insist on committing a mistake which has been sustained for a long time in the midst of the crisis within the Church, such as leaving the generic term “abuses” in the shadows, without specifying if it is an accusation of abuse of authority, of consciousness or of a sexual nature.

Who knew and what exactly was known?

When it is argued that the accusations against Joseph Kentenich are not new, since “they were known”, one can always ask… who knew and what exactly was known?  Every more or less informed Schoenstatter knows the history of the conflict that Kentenich had with the Auxiliary Bishop of Trier, Bernhard Stein, and later with Sebastian Tromp as apostolic visitator of the Holy Office: both questioned Kentenich’s pedagogical methods and the relationship of submissive dependence that the Pater Familias caused (in their opinion) among some Sisters of Mary.

But the controversy has been presented more as a lack of understanding of the Church towards the Schoenstatt charisma, towards the paternal principle and the depth of the attachments.  But we don’t know much more and have no way of knowing.  In fact, if one takes the trouble to get and read the research that Srs. Matthia Amrhein and M. Thomasine Treese conducted in 2015 on the “causes of Father Kentenich’s exile”, or the interview that Fr. Angel Strada (former postulator of the cause) gave last year for the book “Después del 31 de mayo. Una actualización del pensamiento de José Kentenich” (After the 31st of May.  An updating of Joseph Kentenich’s thinking) in none of those writings does the question of abuse appear as the main trigger of the exile. Certainly it can be pointed out that the subject of an accusation of abuse is extremely delicate to expose to the Family in a public document, which does not cease to be true.  But then, when it is said that “allegations of abuse have been known for a long time”, it should be said that only a very restricted elite knew about it and kept it a secret.  And even if this were so, and if there were good reasons to keep it in that private circle, it should be made clear that it is very different to know a rumor or story, than to show the public that there is a documented testimony in the Vatican files of a woman who felt abused by Joseph Kentenich. I doubt that this was known.  It is known now and we should take care of it.

Is more complicated knowing that was known. In the investigation of Alexandra von Teuffenbach, a respected professor at the Athenaeum in Rome, there is more than just talk of abuse.   The accusations are more concrete and therefore more terrible. She exposes – according to the records of Tromp – that the Sisters of Mary had the obligation to confess with the Founder, and that the Pallottine Fathers had explained the sexual abuses committed by Kentenich (and denied at the beginning) as the way he had to solve the sexual tensions of his spiritual daughters through the “method of profound psychology”.  Perhaps it is too much to say, but I have no doubt that a horrible error and diabolical confusion is contained here.  The point is that for some reason that we cannot see, a group of Sisters of Mary made these accusations against their own father. And so, we would have to recognize that the punishment that the Founder of Schoenstatt received and that he paid with 14 years of exile, was not because of a problem of incomprehension on the part of the ecclesiastical hierarchy, much less because of a famous letter to the German episcopate that was not well received in Trier; rather, it was mainly due to incomprehension and rejection on the part of some members of the same community to which he had given himself to the extreme. What happened here?   We Schoenstatters need to know what happened and why a group of women felt abused by this holy priest. Only this will help us to better understand the charisma of our common father and his prophetic figure.

A precious and painful opportunity

In the 1970’s the Schoenstatt Family “could” not be told that Katharina Kentenich’s child had been born out of marriage.  The leading members feared that this would harm the figure of the Founder and increase suspicions about his reputation as a brilliant “healer of souls”. It was thanks to the pioneering research of Fr. Hernan Alessandri and more recent research by Sister Dorothea Schlickmann that the truth is now known. Today no one doubts that this truth has been a gift, which confirms that Joseph Kentenich was part of a special divine predilection.

This is also a precious and painful opportunity for the General Presidency and the Secretariat in charge of the cause of beatification of Fr. Kentenich to provide fresh air and clear light on what happened after Dachau and before Milwaukee.  Furthermore, it occurs to me that an investigatory commission could be instituted to deal objectively with what happened in the process of the Apostolic Visitation and the reasons for the disciplinary decree of the Holy Office, a commission of proven, highly competent, and independent men and women who could have access to the same files of the controversy.

The Schoenstatters want a “Schoenstatt reaching out” that presents itself as a response to the world, and not having to go out during the next 20 years to give explanations about the behavior of the Founder without even knowing what happened. Surely the Family will know how to contribute to the Capital of Grace and with economic resources for something of this magnitude, since the Kingdom of truth and justice that Schoenstatt wants to embody is at risk here.  It seems to me that supporting this investigatory commission is one of the most urgent and necessary things that we children can do to re-establish the name of the Father.