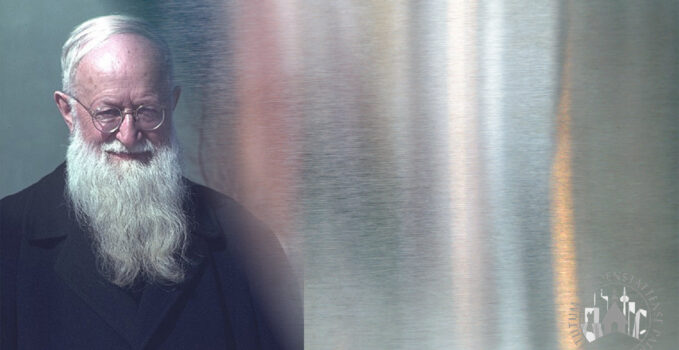 The Schoenstatt Fathers from Spain want to share with you a first reflection on the news that have appeared in the last few hours. It is an investigation of recently declassified historical files that have brought to light accusations of alleged abuses by our founder. Father Joseph Kentenich – as we all know him – was removed from his work as a result of an apostolic visitation in the early 1950’s. It seems that within the scope of this investigation there were several accusations by members of the community of the Sisters of Mary who had suffered abuse of power, of conscience and in one case, also sexual abuse. All this had been included from the beginning of the beatification process in the documentation provided to the Congregation for the Causes of Saints, and duly studied. —

The documents mentioned in the news of Die Tagespost of July 1st, 2020, inaccessible until now to locals and foreigners, may offer new data that would enrich the knowledge about this period of the founder’s life. This process, however, requires a time of profound investigation of the facts and of such documentation, which will lead us to understand both, the situation of the people affected, as well as Father Kentenich’s actions. It can only be a good thing that we get to know other aspects of what happened during those years. For the Schoenstatt Movement and for the Church.

As you know, part of the formative itinerary in the preparation for the priesthood of the Schoenstatt Fathers is precisely the historical knowledge of what happened in those conflictive years of exile, which was motivated by various causes. But, as we have seen, this knowledge is limited because we did not have access to certain reserved information, neither about the internal life of other communities nor about the process of beatification of Father Kentenich.

And, yet, today we want to apologize for not having transmitted to the entire Movement everything we knew. We lacked of courage, given the delicate nature of the information and the respect for the people and the communities involved.

We understand the confusion and uncertainty that has occurred in the entire Schoenstatt Family and also outside of it. In the shared pain, we are convinced that accessing all the truth will allow us to have a deeper knowledge of the charisma of our founder. He always motivated us to build Schoenstatt from truth, justice and love in solidarity. We manifest our availability and our interest in reflecting together on these subjects.

We deeply believe in Jesus’ invitation: “If you abide in my word, you are truly my disciples and you will know the truth, and the truth will set you free” (John 8:31-32). Our providential view encourages us to hope and commits us to a profound historical investigation that will lead us to discover the whole truth.

We join with Pope Francis in his task of guiding and purifying the Church. And we implore with Mary, our Mother and Queen, the gifts of the Holy Spirit.

Superior of the Schoenstatt Fathers in Spain

Source: Newsletter of the Schoenstatt Movement in Madrid, 03.07.2020