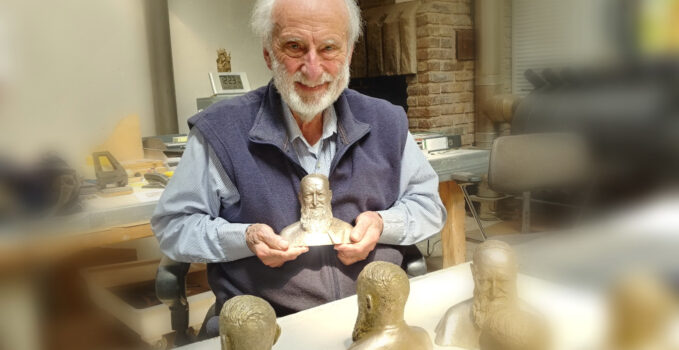 “God is simple and plain in his unity and tremendously rich in his plurality.” This is a phrase from Father José María García Sepúlveda’s homily during the Mass for the Feast of the Holy Trinity at the Shrine of Pozuelo, in Madrid, which comes to mind when I look at the photos from my visit a couple of days ago to the workshop of Juan Fernández, Father Kentenich’s sculptor and author of the first and many statues of him.  “I made them all with the same mold,” he says, with astonishment and pride in his voice, as he shows me the first “PK4U”, the first busts of Fr. Kentenich for a home shrine or for a pilgrimage to wherever he wants to go. “Each one of them came out a little bit different.  — 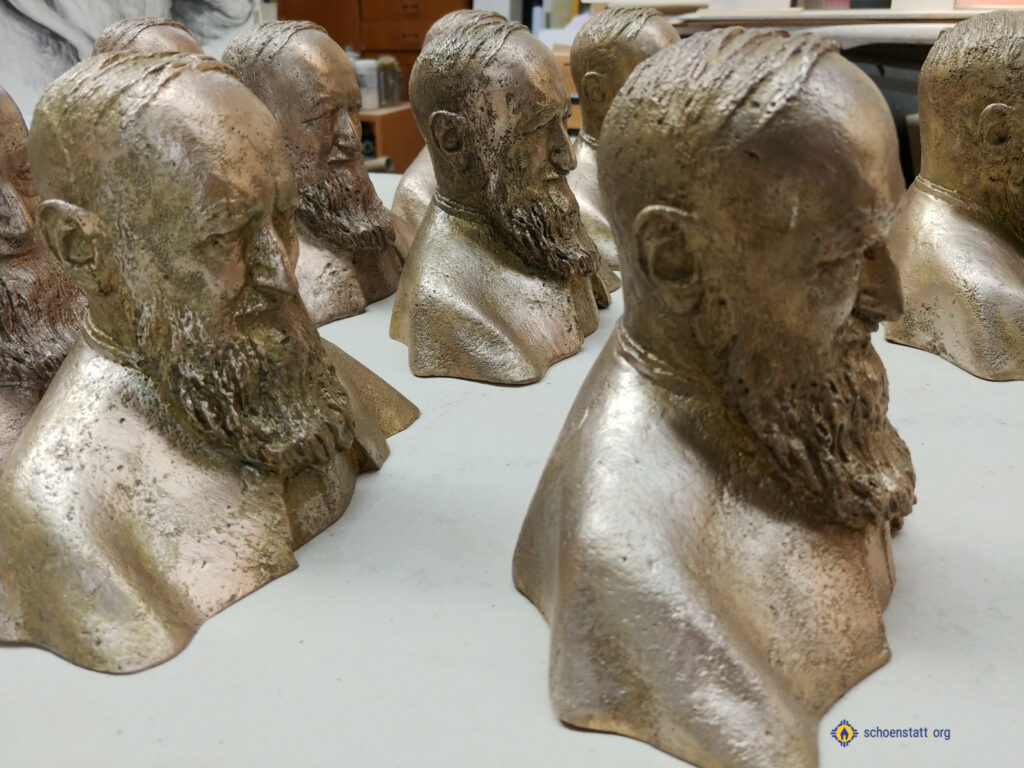 Each and every one of them is a faithful image of Fr. Joseph Kentenich, fruit of the filial closeness of the son and the professionalism of the sculptor, who not only knew Fr. Kentenich deeply (remember the potatoe image) and studied his features with thousands of photos, but also trained as a portrait painter.  Bronze cast busts, all made from the same mold, and yet each one is a little different.

One seems to smile more, another one has a more “daring in the risk” face, one is a little more serious, as if willing to fight for truth and justice, one is softer, another one is more paternal, another one has features of freedom and liberator… Each bust received an individual treatment when putting the patina and molding and modeling little by little the small irregularities that remain after casting. An image of Fr. Kentenich; One as a father, but a lot in his different, authentic, vital characteristics.

How can we live his charisma today, more than 50 years after his death and in a time, which is so different from the one he lived? How can we incarnate Fr. Kentenich in our own being and doing, since that is the only thing, which keeps him alive and up to date, besides studying his books and understanding his thoughts? so much more important than the short messages and videos as that are shown in social media.

On this afternoon, in the workshop of Juan Fernandez and his wife, Maria Jesus, looking at these busts of Fr. Kentenich, what we already know and always communicate is confirmed: the answer is not uniformity nor control. The answer is “Trinitarian”. Federative. Plural. 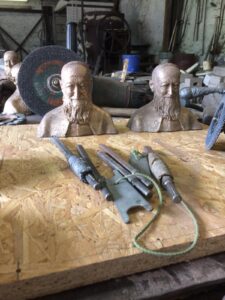 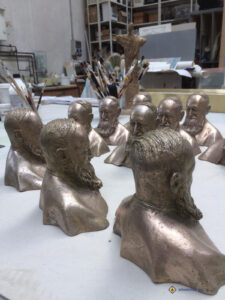 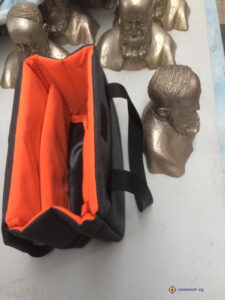 The father is ready to go. What a thrill!

For almost five years now, Fr. Kentenich’s busts for home shrines have been “moulded”.  First in the heart of one of the father’s daughters, Monina Crivelli, co-founder of Schoenstatt.org, who one day asked me to ask Juan Fernandez for a statue of Fr. Kentenich for her home Shrine. This request was silently in Juan Fernandez’s soul for years until 2018 when the first three “prototypes” came out. Then until 2020 waiting for the moment to make them a reality. And now they come out, just in time of the pandemic.

There are already requests coming from Germany, Argentina and the United States. The first bust, wrapped in its transport bag, was put in its box on June 10, ready to leave for southern Germany, where it will arrive next week.

Truly, the father is coming.

“The first bust is officially on its way! It’s touching. OUR FATHER IS ON THE WAY! Heaven and earth are involved,” says Juan Fernandez.

Who wants a bust of Fr. Kentenich for their home shrine, for a course or a community, for a meeting room, to take to meetings or to give away? 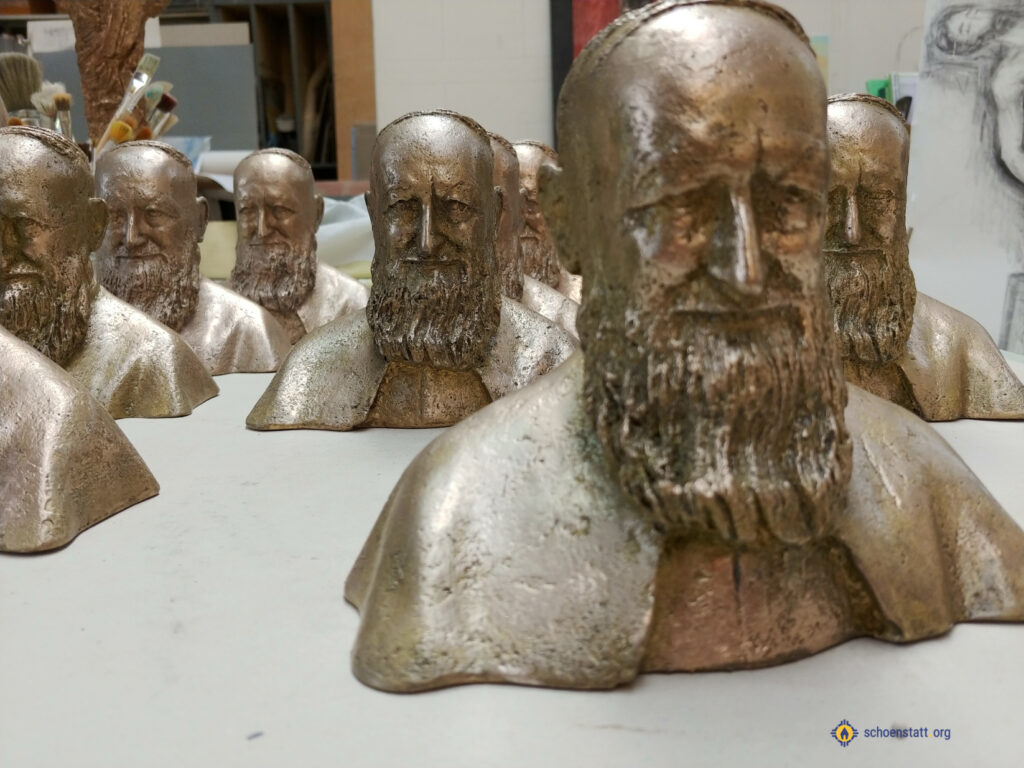 Ordering a bust of Fr. Kentenich

Or send a completed order form to: [email protected]