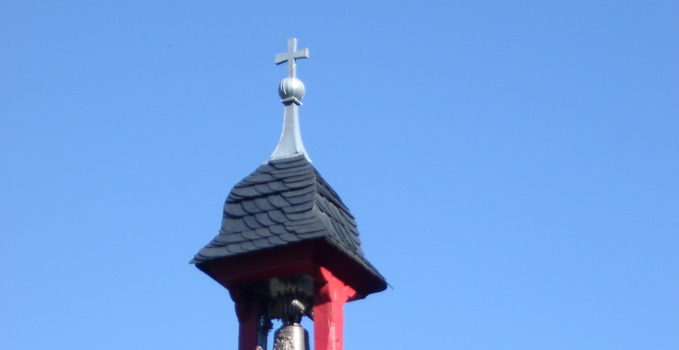 “I think you owe it to the honour of our heavenly Mother to pass on all your experiences in which Mary played a role. I will publish what is useful to honour Mary and inspire all the Sodalists. You will, therefore, find parts of the letters you and other Sodalists have written in the new Fahne (Flag)[1]. So please help me to educate our Sodalists and others.” A letter from Fr Kentenich to Josef Fischer, Prefect of the Schoenstatt Student Sodality of 21 March 1915, exactly a hundred years before the re-launch of schoenstatt.org with its new design and more sharply defined profile. It is deliberately not an official medium, but a free initiative to promote communication in the service of the life of the worldwide Schoenstatt Family after the example of the “MTA” periodical that celebrated and promoted the multiplicity and variety of life, and vital spiritual currents, hardly two years after Schoenstatt’s foundation.— 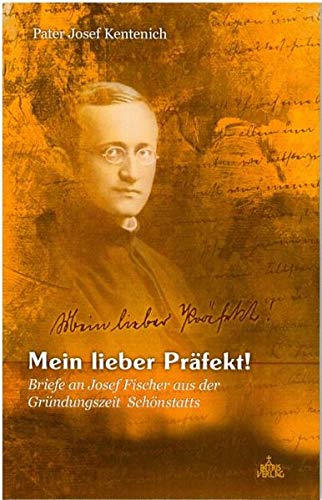 From this letter to Josef Fischer, and the processes it reflects, we can see that Joseph Kentenich already made use of authentic material from letters in which personal experiences were passed on, as well as to spread the religious everyday experiences and “Schoenstatt ideas” of the Sodalists at least a year before the publication of the MTA magazine. He was experimenting on a small scale. Then, when he started the MTA magazine in March 1916, he knew that he was making something new more widely available – what Prof. Westerbarke, dean of the Faculty for Communicati8on Sciences in Münster, Germany, in 1997 called the “Avant-garde of the Second Vatican Council” – but it had also been tried and tested. It was a product that was taken up not only by the almost 180 Sodalists at that time, but also by the young men whose lives were being wasted in the trenches of World War I, and who reached out hungrily for the hope spread in the MTA based on real life experiences.

Fr Kentenich risked the free expression of opinions on relevant subjects, such as the suggestion to demolish the little chapel and replace it with a large and dignified church. He knew that it could be dangerous, and that the tiny, unquestioned consensus could perhaps crumble when freely exposed to the vicissitudes of life. He also said this to his Prefect who once or twice out of love wanted to force a suggestion to be obligatory for everyone. This is because there is a far greater danger, which Fr Kentenich wanted to avoid at any cost until the end of his life, and that is the “official” intervention and levelling down of individuality, and the “official” infringement of the free space in which life, creativity, initiative, decision and above all generosity, can flourish. Much later he attempted to anchor the interplay of the official and free community, although he well knew that this on its own would not achieve his goal.

“Objective and true to life”

Even though Josef Fischer did not succeed with one or the other of his suggestions in the process of the free formation of opinion and consensus, he know as few others how important this was and how much the structure, which wasn’t even called Schoenstatt at the time, was built not on instructions, but on mutual inspiration. On 14 April 2016 he wrote:

“How can we promote this work at home on the battlefield [the MTA magazine]? Of course, by thinking and living ourselves into the spirit it breathes out. Everything that is suggested and discussed needs to be re-thought and compared with our experiences, and then we have to draw our conclusions. Then we have to express them very openly to the leaders of the Sodality. That is the best way to strengthen the connection and we will remain objective and true to life.” (Josef Fischer, 13 April 1916, MTA I, (1916/1917), Nr. 6: 24)

Letters to Josef Fischer now accessible to all

The spiritual leader of the Schoenstatt Centre, Marienfried, Dr. Peter Wolf, has published Fr Kentenich’s letters to Josef Fischer during World War I and the time that followed. It is a treasure hidden in a field that has finally been unearthed and placed at the service of the entire Schoenstatt Family – at present at least to the German-speakers.

“These letters are a precious testimony to the great trust Fr Kentenich placed in the still young Josef Fischer. They show in many and varied ways how Fr Kentenich understood and exercised spiritual accompaniment or spiritual direction, as it was called at that time. They again and again give us an insight into how Fr Kentenich could awaken co-responsibility, and how he involved and valued a young pupil and student as his equal and co-worker. They make it clear how he empathised with and valued his needs and questions, and accompanied him with great faithfulness for many years”, Dr Wolf wrote.

“Since the middle of 2017 we have conducted Kentenich Evenings in our seminar and Movement house, Marienfried. The initial occasion was the publication of the talks given by Fr Kentenich during his visit to Oberkirch in 1967. Since then interested parties have met repeatedly to read and discuss texts. In 2019 the Kentenich Evenings will concentrate on the letters of the founder to Josef Fischer. He was the first Prefect of the Marian Sodality, which Fr Kentenich founded with the students in Schoenstatt. Fischer was so fascinated by the breakthrough of new spiritual life around the young Fr Kentenich that he repeatedly talked about it to his fellow students in Freiburg, and opened the first Schoenstatt group in the Archdiocese of Freiburg in 1919”, Dr Peter Wolf relates.

Dr Wolf continues to take part in the Kentenich Evenings and responds to the questions that arise from reading these texts.

The editors of schoenstatt.org thank Dr Wolf sincerely for the publication of these letters.

[1] Magazine of the Marian Congregations