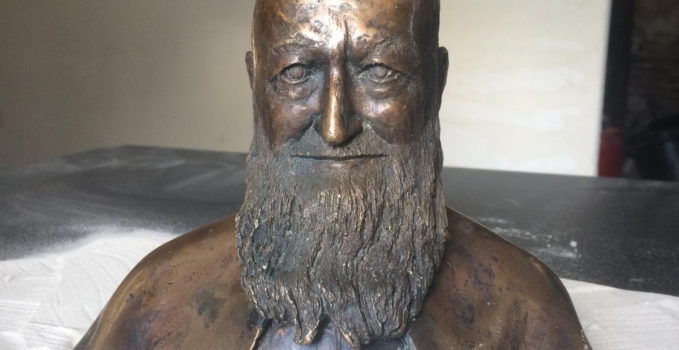 Father Kentenich for the Home Shrine…and who knows where else?

Fr. Kentenich present, close to his spiritual children, close to the apostolic works, the missionary projects is a must … Father’s statues emerged around the centenary of his birth, in 1985, made in bronze, a material that permits every detail to be expressed with the greatest precision and sensitivity, down to the smallest detail. An artist of high professionalism and personal closeness with Fr. Kentenich, since he knew and experienced him personally. Within the context of the fifty years of Fr. Kentenich’s death – A new modality is emerging of Fr. Kentenich’s representation in the same material and by the hand of the same artist. Monini Crivelli, a missionary from Buenos Aires and collaborator for schoenstatt.org, and credited as the author or instrument that came up with this idea three years ago while reviewing an article about Juan Fernández’ statues he made of Fr. Kentenich, commented: “The statues in the Shrines are beautiful, but I want Fr. Kentenich for my Home Shrine. Tell Juanito.” —

Three years later, a few weeks before 15 September 2018, the first three Fr. Kentenich busts were released. Three years during which Juan Fernández mentioned nothing about this request that had been posed one cold afternoon in January 2015—three years — an almost forgotten idea. Until on a hot and sunny day in August of this year, Juan Fernández invited me to interview him about the Father statue for Costa Rica, and he showed me three Fr. Kentenich busts that evoked an impressive presence. 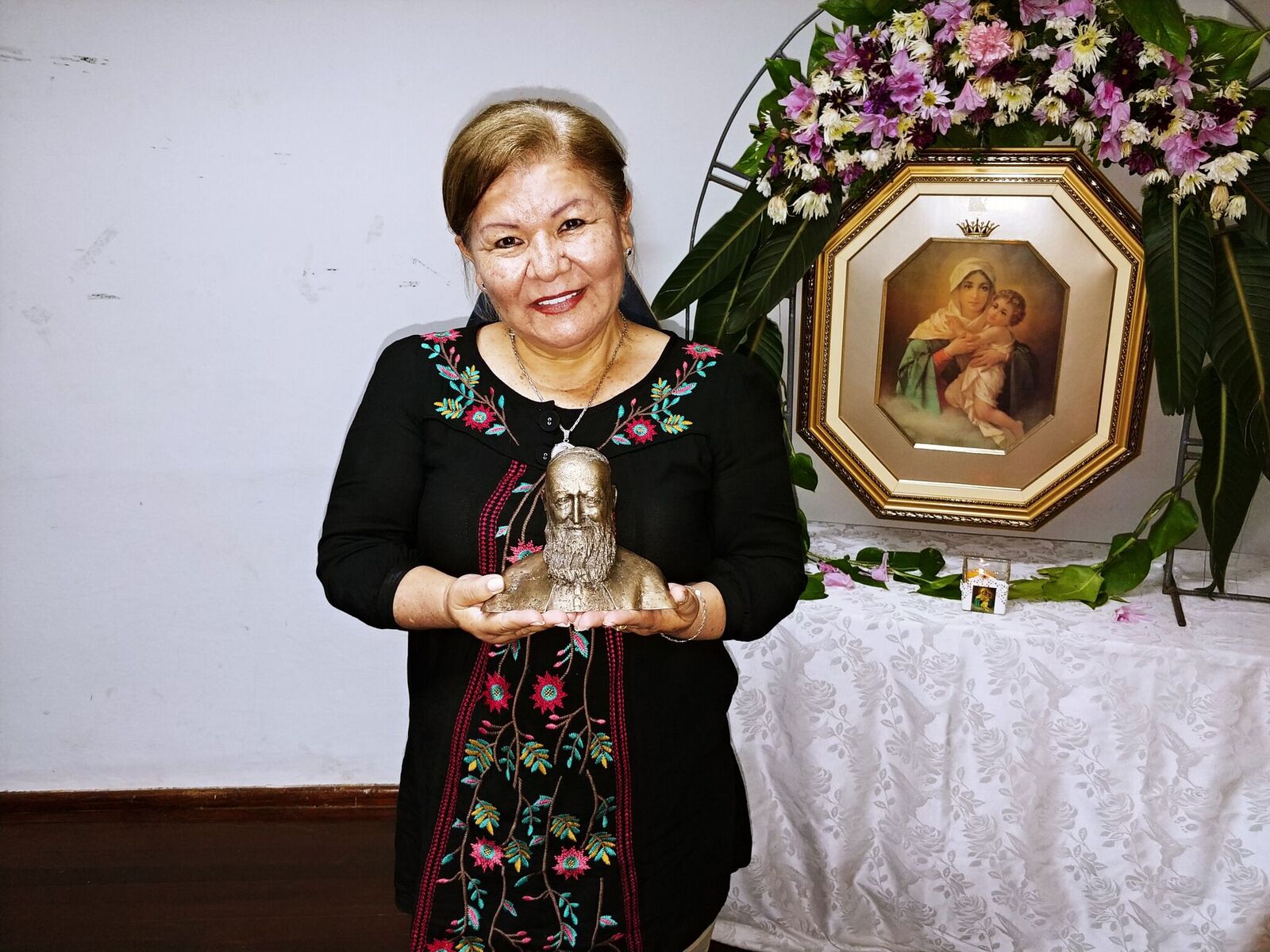 I took the bust through customs and inspection in airports in Argentina and Paraguay. I took Father. And wherever I took him, Father arrived. We had agreed with Juan to wait for the resonance of the encounter. The response was abundantly clear: “We want Fr. Kentenich for the Home Shrine.” Upon seeing the bust in a simple sheath Mirta Contini de Etchegaray said, “The Pilgrim Father arrived.” “It is for us to take him to the sample parishes, where we take the project ‘Dilexit Ecclesiam’.” “A statue is in the Shrine, but the Pilgrim Father can go with us to the missions,” a young man said. Fr. Kentenich wants to go out…he wants to go out to the encounter. 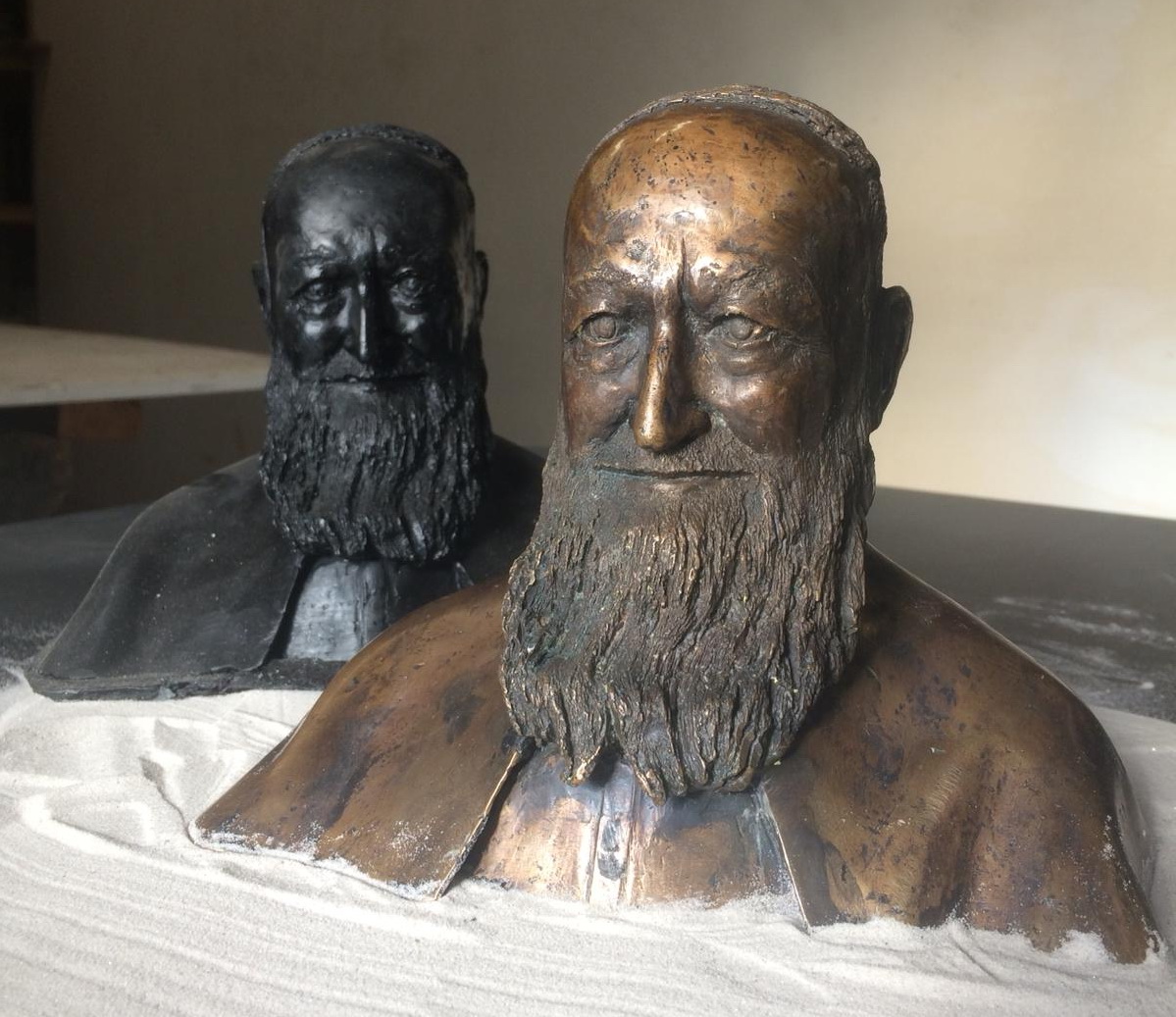 Smallness that does not diminish the person represented

“María, I remembered your comment when, united to the 50th year Jubilee, God opened a new door, so that the bust will make our Father and Founder especially present, this time, intimately united to the Shrine of Graces. For me, your comment has been an inspiration of the Holy Spirit,” Juan Fernández remarked.

For three years, Father’s artist had pondered, “How can I represent Father in a dignified manner, that would have depth?” He explained the challenge: “The difficult thing about a small figure is that figure does not diminish the person represented.” Isn’t this precisely Schoenstatt’s challenge at fifty years after Fr. Kentenich’s death? For Schoenstatt not to diminish its founder, we don’t lessen him according to what we can understand or make concrete. Or that we don’t mold him according to what we think is acceptable, but instead we mold him according to his figure. 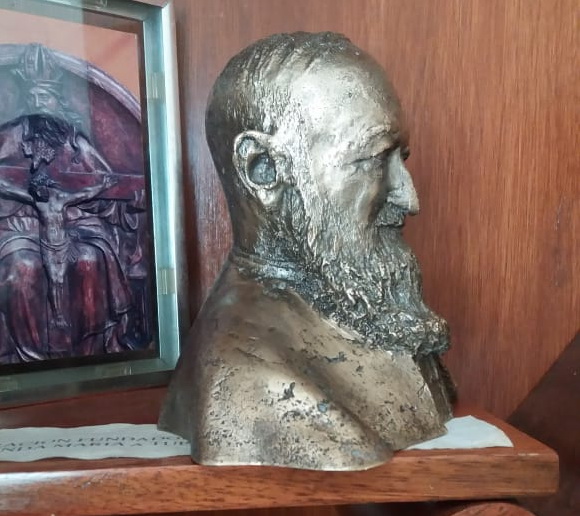 Here is the Father for the Home Shrine, PK4U

Here it is: for everyone, for each one. Of course, a precious thing like this has a price. By saving one is attached, and falls in love.

“With respect to the bust of our Father cast in bronze, it is timely to indicate, that the bronze bust is an original work of mine, I alone fashioned it, thus it is signed JF (Juan Fernández) by me as the author of the work,” Juan explained. Each bust is an original.

There are already requests even before the launching: one from Argentina, one from Brazil, six from Paraguay. The first twenty-five busts will be produced in December. 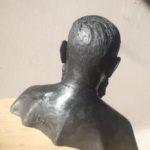 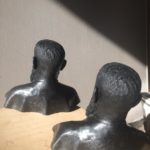 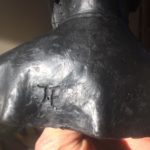 How can one order a Father Kentenich bust? 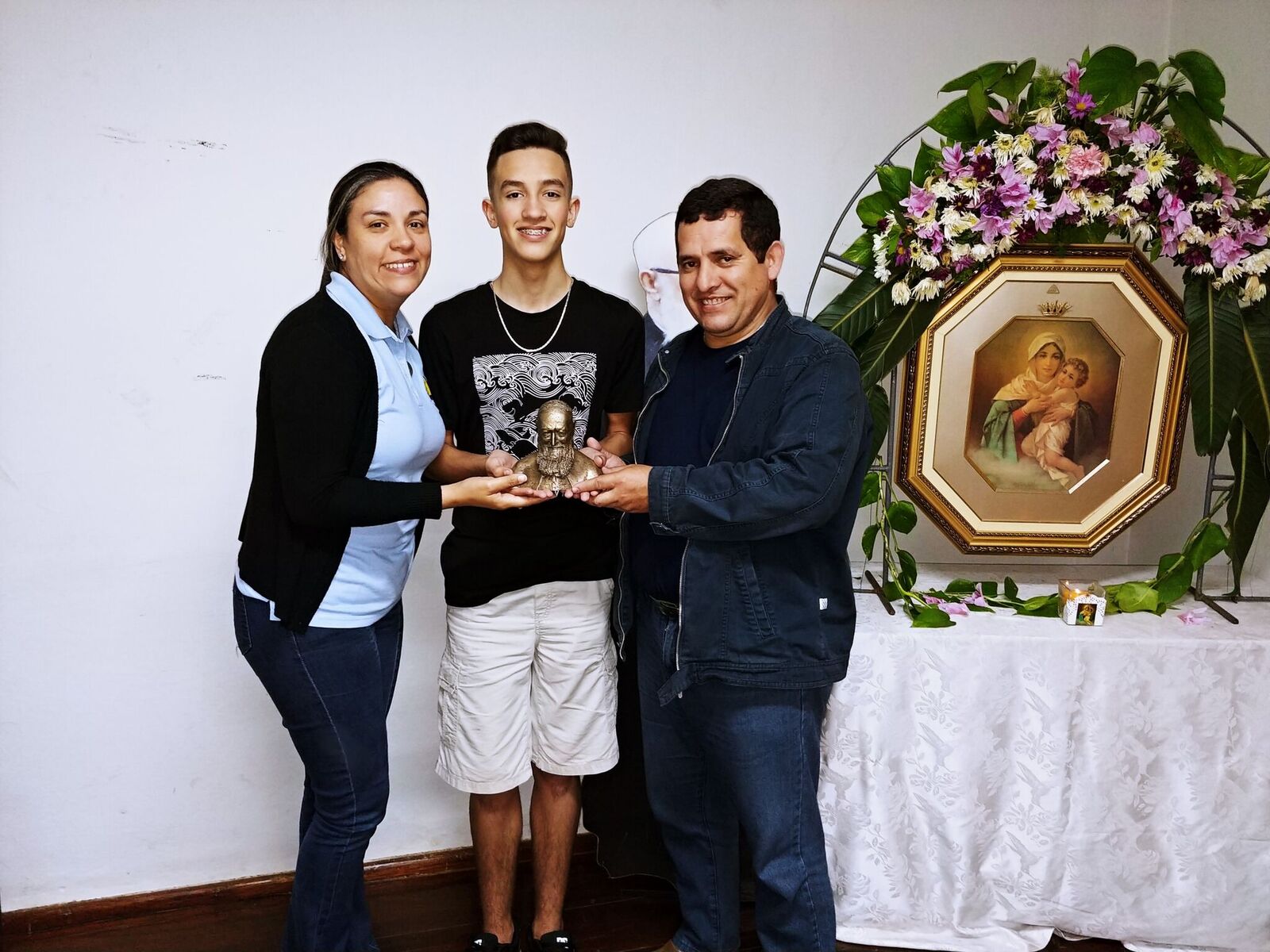 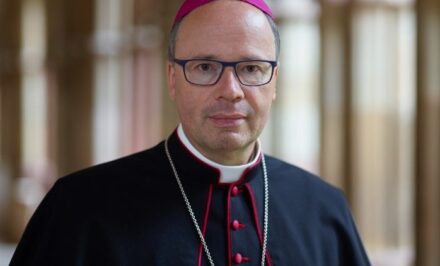