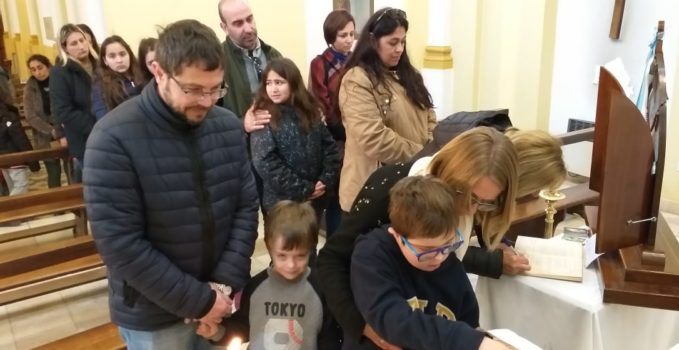 A replica of Fr. Kentenich’s hand went on pilgrimage from July 11 – 20, through the cities of Bragado, Nueve de Julio, Pehuajó, Trenque Lauquen, and Henderson. — 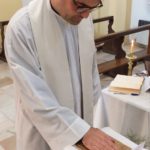 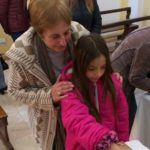 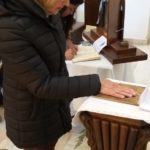 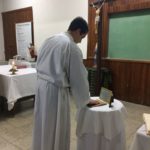 At first this visit was prepared to be something peaceful, devotional among people greatly attached to Schoenstatt…People were invited to the parishes for a short celebration before or after the Mass, during which there would be a meditation on a short text about the origin of this replica and what this visit meant according to our diocesan reality. People in line were to approach and place their hand, a prayer would be prayed, and we would pray for his prompt beatification.  Next those who wished could write in the notebook that accompanied this visit.

Within this framework, as always happens, Divine Providence surprised us…

In the areas where the priests were present, they were the first ones to place their hand. One of them even spoke very simply about Fr. Kentenich’s story in his homily. This hand that came from Germany to their place impressed them. A priest, a father, a good shepherd who came to visit them impressed them. 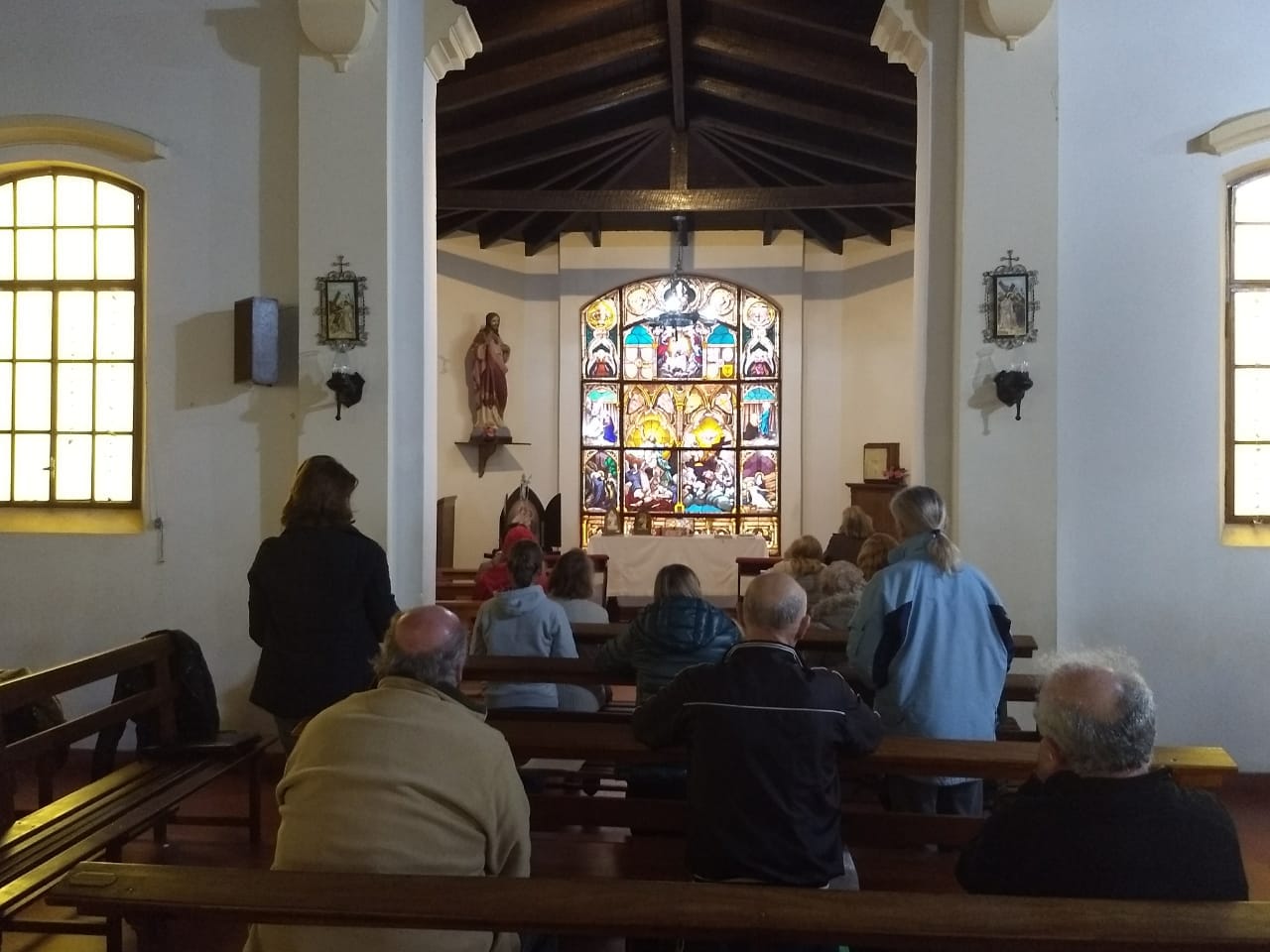 The wisdom of children

The faithful of every community formed a line, not only Schoenstatters; but everyone in general: men, women, children, families, and religious. The people demonstrated a spiritual childhood before Father, the wisdom of children who perceive departing from a wholesome faith for the need to approach those signs that represent the world of grace that comes to meet us and to help us in our needs. How many lines in the notebook were filled with testimonies, petitions, or expressions of gratitude?

In some cities it was like as a missionary described, “a pilgrim hand”, since it was also taken to visit people who could not go to the parish.

Leaders’ impressions from every place visited coincided in stressing the piety and devotion that he awakened, exceeding all expectations.

Bringing people to the Covenant of love

As a diocese during Father Kentenich’s year, we offered the gift of working to bring people to the covenant of love, like the Father and Founder desired, in a simple and universal way as a point of departure not as point of arrival, for everyone – whether they belong to Schoenstatt or not. With unbreakable faith in the universal fruitfulness of the consecration, working as instruments in Mary’s hands, so that she can manifest herself as people’s great Mother and Educator. Upon seeing the expressions of popular faith during these celebrations, our initiative was confirmed by Fr. Kentenich’s support, gratitude, and accompaniment. He opened his father’s heart, and he invited us to continue working from this Schoenstatt by reaching out his hand and the hand of our bishop and priests for the greater good of our diocesan Church.