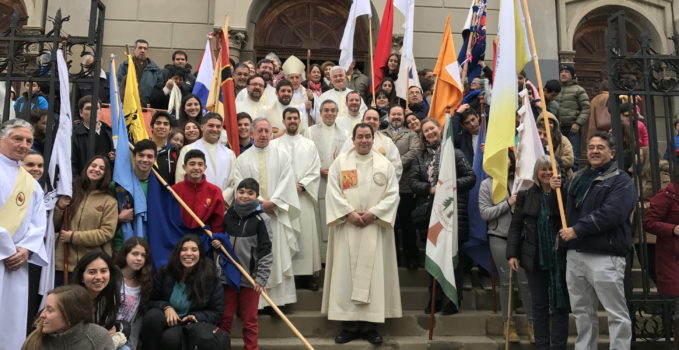 The commitment: always being founders

Embraces between Schoenstatters from different generations and cities were the beginning for the 70th anniversary celebration of the Movement’s Founding in Chile on that rainy 27th of June 1947, in the house on Pasaje Quinta # 28, on the Valparaiso plan.

The Document signed by the Founder

On that occasion, a group of ladies and Father Kentenich signed the Founding Document, where they committed themselves to always carry forth the founders’ ideal which called them to distinguish themselves from the masses wherever they might be.

A place of pilgrimage

The celebration began in Mena House, the old hospital where the first Sisters of Mary worked and where our Father and Founder visited.  The Schoenstatt Family recently remodeled the house, so that it would become a place of pilgrimage.

Then in spite of the threatening sky, they traveled the Cintura Trail on foot until they arrived at Cerro Alegre and filled St. Louis Gonzaga Church, which the Pallottine Fathers formerly administered and who received the first groups of ladies, families and budding Boys’ and Girls’ Youth groups. 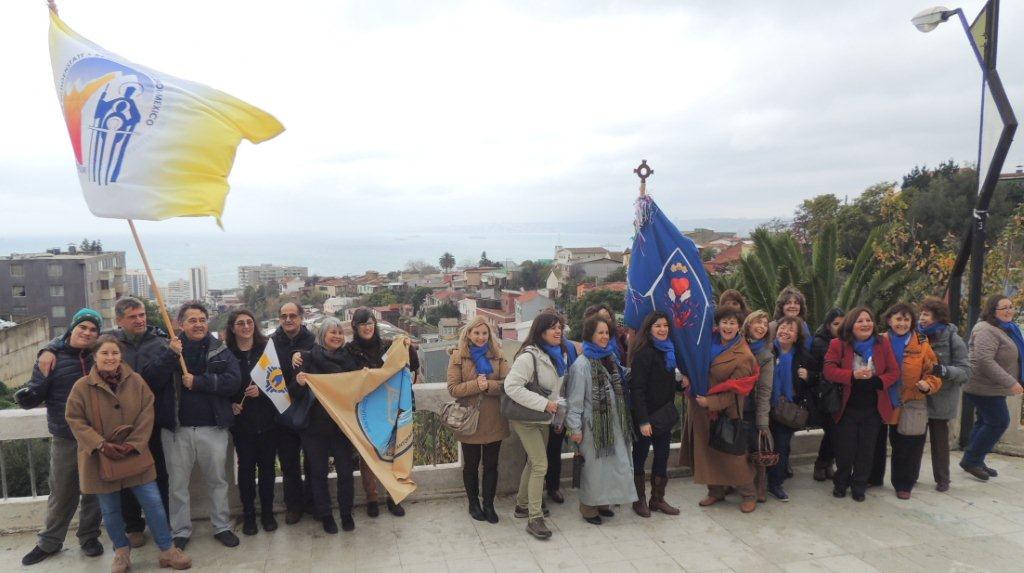 “My grandmother was one of the founders”

At the beginning of the Mass in St. Louis Gonzaga Church with the Bishop of Valparaiso, the Most Reverend Gonzalo Durarte presiding, the Branch leaders and representatives from the Agua Santa, Los Pinos, Quillota and Villa Alemana Families carried the banners in procession up to the altar while the choir from the Agua Santa Families sang “Te cantaremos tras la última conquista…..” [We will sing to you after the last conquest…]

In the homily, Bishop Duarte recalled that his grandmother was one of the founders and her name appears on the back of the Document currently exhibited within the Agua Santa Shrine.  “So I was born in the house of my grandparents, seeing the typical picture with the Blessed Mother in black and white next to the bed,” he shared. 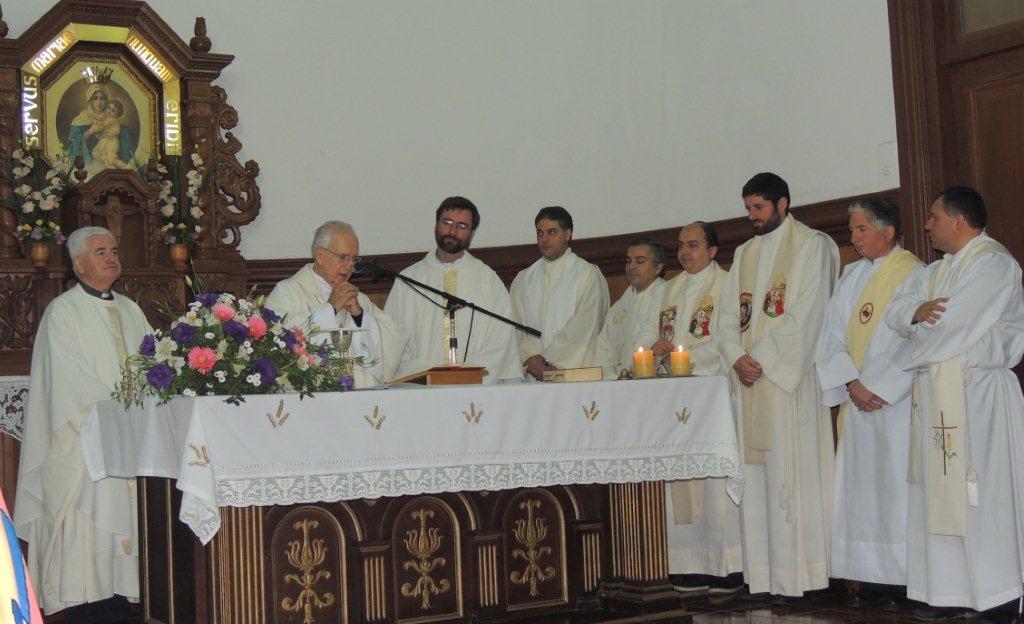 Bishop Duarte recalled that the challenges of the Church today are not the same as those of 70 years ago, and that the visit of Pope Francis in 2018 will not be the same as the visit of Pope John Paul II in 1987, because there will be more confrontations.  “The Church travels through the sorrows of the world and the consolation of God.  Then this is such a significant moment, in personal and institutional discernment, to again assume the great values of Father Joseph Kentenich and Schoenstatt….. what situation are we in as a Movement, what do we have to offer the Church and world?  They are questions which are inescapable,” he affirmed.

The chronicle relates that on 27 June 1947, Father Kentenich met with a group of seventeen ladies who had been meeting in Valparaiso since 1940, led by Benedicta Dalber.  They had demonstrated so much loyalty, that already on 23 June 1942, they had offered themselves in the Eucharist for the Father and Founder’s life who on that date was in Dachau Concentration Camp.  Early in his meeting with them five years later, Father, very moved, discovered that on that same day, he had been saved from the “transport of invalids” – a certain death – thanks to the intervention of a guard he knew.

The Founder reminded them on that day of the mission of our country in the great task of Schoenstatt through three points which are noted in the Document:  that it is about a Divine mission and the weakness of the instruments does not matter; we are an elite because we should aspire for the greatest, and lastly, we have the responsibility to always be founders. 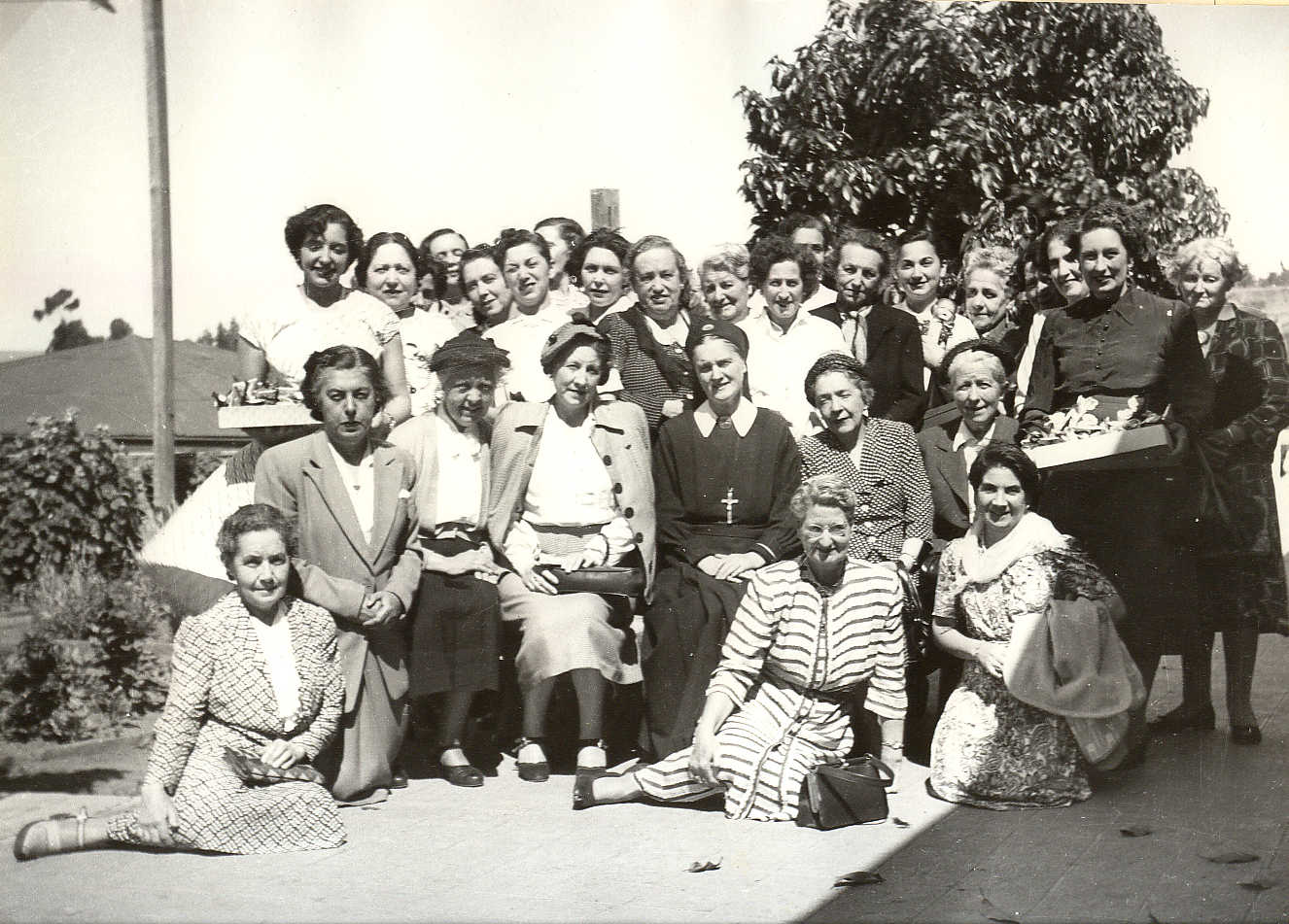