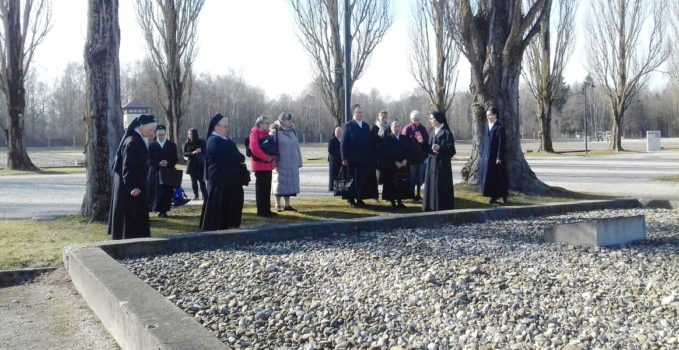 A Request from Father Kentenich: Light a candle in the concentration camp in Dachau

75th Year Anniversary of Father Kentenich’s arrival to the Dachau Concentration Camp – March 13, 1942:  On this occasion, a day’s event was offered at Dachau Memorial Center on Saturday, March 11.  March 13, 1942 was the day when Father Kentenich arrived with the prisoner’s transport from Koblenz to Dachau concentration camp. We know there were unexpected clandestine encounters during his departure on March 11th, especially at the Koblenz train station.  An evangelical supervisor from the Gestapo Jail, known as the “small messenger,” waited on the platform with his wife.  He wanted to show his wife the priest, who he had brought forbidden letters from the prison over the last weeks. Schoenstatt Sisters of Mary were also able to at least take a look at the Founder from the platform. More was not possible, as a band of dogs accompanied the prisoners.

Following the Bold Path of Faith

On March 11th members of the Schoenstatt Women’s League from the Bavarian region engaged themselves by organizing a memorial weekend meeting in Klein-Schoenstatt, Munich. They also organized a Holy Mass and gifted prospective customers with a brochure about Father Kentenich, above all about his prison term, entitled: “Follow the bold path of faith. 75 years after January 20, 1942.”  Schoenstatters from the surrounding areas also came to the Holy Mass in the “Todesangst-Christi-Kapelle.”  Several Bavarian dioceses and Austria were represented.

Rev. Babel, president of the Schoenstatt Family Regensburg, explained in his homily that we could meet our founder, Father Kentenich, in this very historic place.

Some people were positively surprised by the exhibition when they visited again, after not having been to Dachau for many years. In many places, the museum shows a reference to Father Kentenich. They were amazed given the large amount of interest from visitors. The bistro in the visitor center was praised. The lunch break was scheduled there. Afterwards there was a testimony shown by video in the seminar room from Prelate Heinz Dresbach. 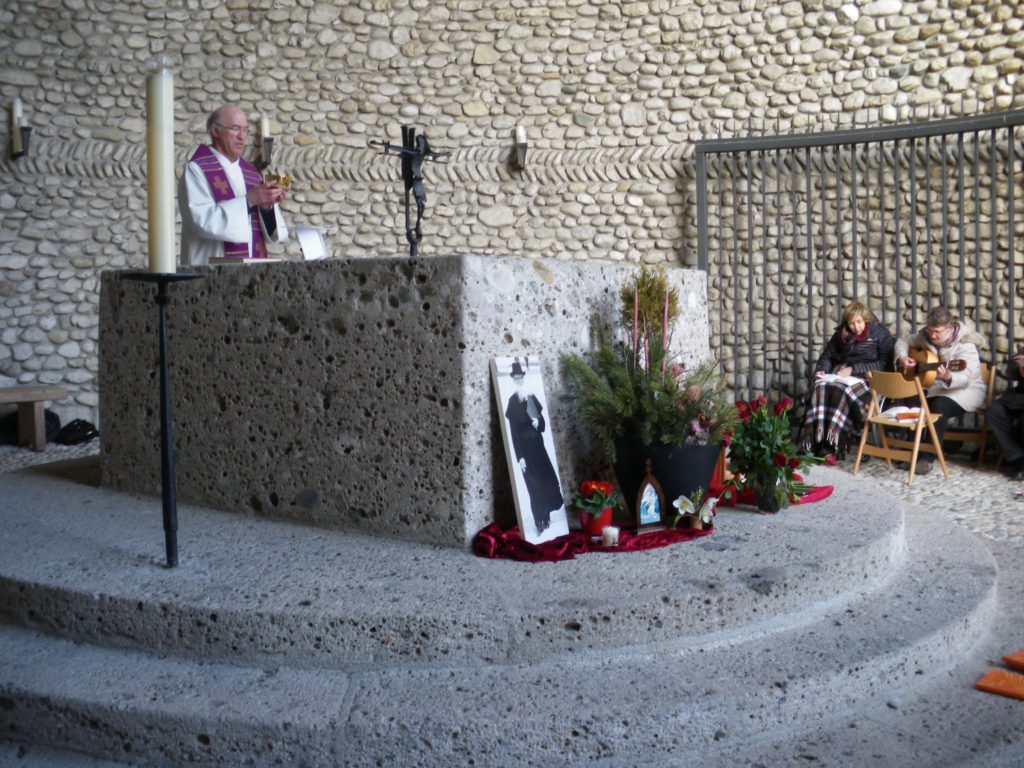 On the 13th of March, it was above all the Schoenstatt Sisters of Mary, who came from far away – from Liebfrauenhöhe, but also from Wuerzburg – to the themed tour “Prisoner No. 29 392 – Father J. Kentenich.”  Also, people from the worship circle around the Munich Shrine, a representative of the Schoenstatt men and three members of the women’s league came to the Memorial Day.  One of the women, almost 90 years old, still makes a pilgrimage to Dachau each month. She feels responsible for the pilgrimage since the coronation of an MTA image in the former Dachau concentration camp twenty-five years ago. The picture of Mary has been located in the memorial room at the end of the museum since the redesign of the exhibition.

Other interested parties also took part in the tour, for example a student, a Franciscan from the Augsburg chair, and two Protestant Christians – thus an ecumenical group.

The group deliberately paused at special places in the camp where Father Kentenich first arrived on March 13th, for example, at the SS gate building in the entrance area or at the square where the political department building was located. The famous picture before the arrival was made there, that Father Kentenich later sent on to Schoenstatt.

A meditation text said:  “Arrived today! Today, 75 years ago … here, in the hell of Dachau! Why did he allow all this degradation to happen? Father Kentenich took this pathway for the foundation of Schoenstatt … He was convinced that God demanded this “Dachau Pathway” from him. His captivity was the prize for the freedom of Schoenstatt…

Today we have arrived! We are on our way and bring experiences from our daily lives with us: being imprisoned with the commitments, in work and stress, the murder of our days, terror and persecution, war, the defiance of divine commandments, turning away from God … We have arrived, and we look for the footprints that Father Kentenich has left behind … We seek hope in this place of despair. We have arrived so that our own very small piece of Dachau can become a little bit more whole, a piece of heaven…”

Hugo Guttmann was the oldest from the Block 13, and he reported the impressive experiences on arrival day at Block 13, the entrance block from long ago.

Rev. Eschbaumer, president of the Schoenstatt Family of the Archdiocese of Munich/Freising celebrated the Holy Mass in the Monastery of Carmel Holy Blood. In his homily, he pointed out that Father Kentenich described the camp as heathen, fool, slavery, or death town. He brought us to think about what this may mean to us today. Our so confused world, in which God is hardly talked about, resembles a heathen town in many places. Many people are not free on the inside, enslaved, depending on the many different things, be it drugs or something else. In many countries, the world is like a death camp through terror and war.

We feel helpless in the face of so many problems. Rev. Eschbaumer asked “What did Father Kentenich teach us during the difficult conditions he lived under at the concentration camp?” The answer: A boundless trust in God and the Mother of God. He was able to experience what the year of the Schoenstatt Family in Germany expresses: “He came to and went with them.”

The celebrant had deliberately chosen the Gospel from a report of the Emmaus disciples.

Father Kentenich experienced it in the concentration camp in Dachau: God and the MTA were very close to him. This gave him great power of faith. Thus he could also go to the Schoenstatters, who were already in the camp in Dachau, or to the many prisoners, to whom he could offer consolation, confidence, hope, or later also by the distribution of food packages.

On both days it was experienced: He went with them.

One of the participants of the event on March 11th wrote: “My deepest impression of this day, which intensified during the Holy Mass in the Todesangst-Christi-Kapelle:

What do we have for a great father – truly a prophet and a saint! I too have lit a candle in the Carmel Chapel in front of the Camp Madonna. It should be a sign and a thank you for the blessed day on the 11th of March for the multifaceted and real encounters with the father I felt at the concentration camp memorial.  With this candle, I wanted to fulfill a wish from Father Kentenich that he said on July 2nd, 1967, when mothers were on a drive to Dachau. They invited him to join them, but it was not possible, as he had already committed himself to a commemoration on July 16. Instead, he gave them a candle, saying, ‘you take this candle. Light them in every chapel to which you come as well as in the Dachau concentration camp. Thank the Mother of God in my place.’ ” 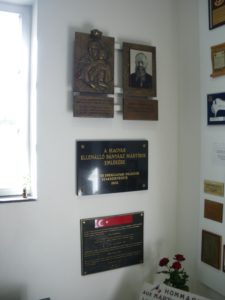 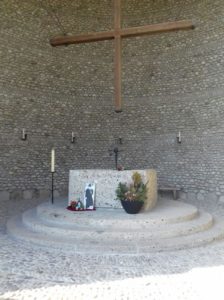