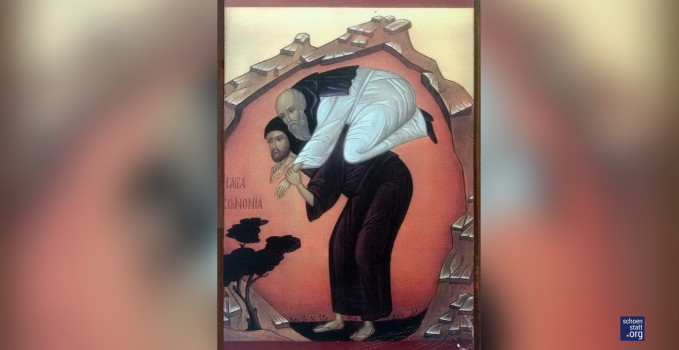 During the closed conference of the General Presidium on Belmonte in the beginning of December of last year (2015), we visited the former generalate of the Mainzer Vorsehungsschwestern (Sisters of Divine Providence, Mainz). During the turbulent weeks in the fall of 1965, our father had stayed in their house for a short time while he was in Rome after his return from Milwaukee. Today the house belongs to the community of the Pauline Sisters. Surprisingly they, too, still bear our father in remembrance. To this day, an MTA picture and a photo of our father and founder hang above the desk in the room where he had stayed. Next to the door leading to a much smaller bedroom, I noticed a small icon, which spontaneously reminded me of our father. I asked someone to take a photo of the picture, which I would like to pass on.

The icon shows a young monk who carries a visibly older monk on his back. The picture bears a name written in Greek capital letters on the left border. The name is HAGIA KOINONIA and means holy community. Most likely the name expresses the with one-anotherness of the two monks as a holy community. This kind of togetherness has its true quality and its deepest source in God. God’s holy call led the two monks together. At one time, the younger monk acquired his wisdom from the monk who in the meantime has grown. Now he has to carry him. He does not leave him behind. He carries him like a treasure that he obviously wants to take with him. Their eyes are focused in the same direction. It seems they come from a cave and look toward a light. Their eyes are focused on the same goal lying before them.

Out of the darkness of the cave

Time and time again, the older monk on the shoulders of the younger reminds me of our father and founder. At first, it might be the white beard of the elderly monk which stirs this association in me and others to whom I showed the picture. The place where I came across the picture also had a compelling affect. I could not help but see an inner parallel with our father.

While being in Rome with the General Presidium, we felt close to the situation 50 years ago. With the end of the exile, it was all about leading the father and founder out from the shadows, out of the darkness of the cave. “In umbra maneat” was the Roman verdict defining the years in Milwaukee. “He should remain in the shadows.” During those weeks between September and Christmas 1965 until Candlemas 1966, the ultimate question centered on lifting this verdict. The issue was his way into the Church.

This way is not a solitary way. It needs the shoulders of his movement, the shoulders of his disciples, the backs of those who are younger. Our father used to talk about the community united in one mission (Sendungsgemeinschaft). Not he alone but the whole family together with him is the bearer of the mission.

PS. The icon in question is a small detail from a larger icon entitled “Dormition of St. Ephrem the Syrian.” This unusual presentation shows monks coming from all directions for the burial of the holy father monk. On the way, the younger monks carry the older monks. It illustrates a holy community. 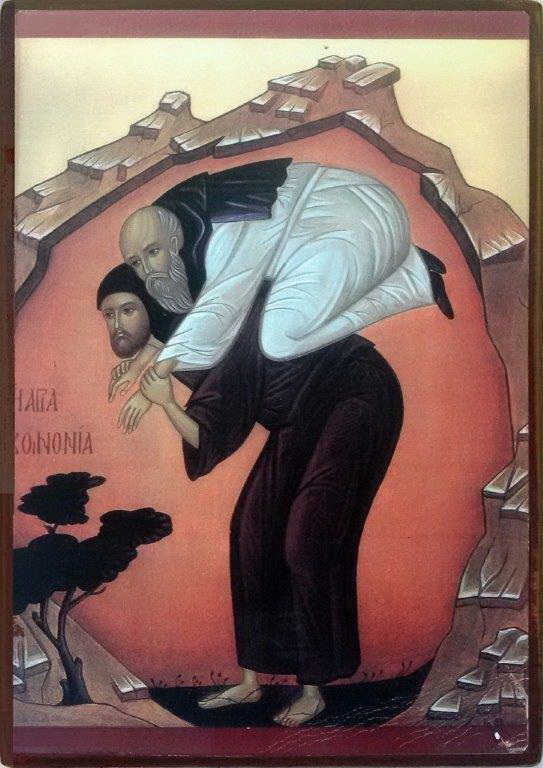 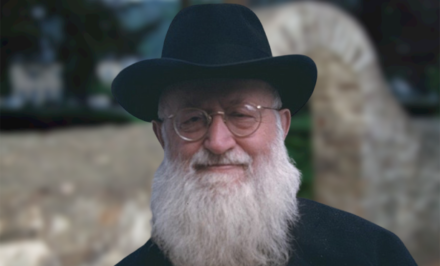 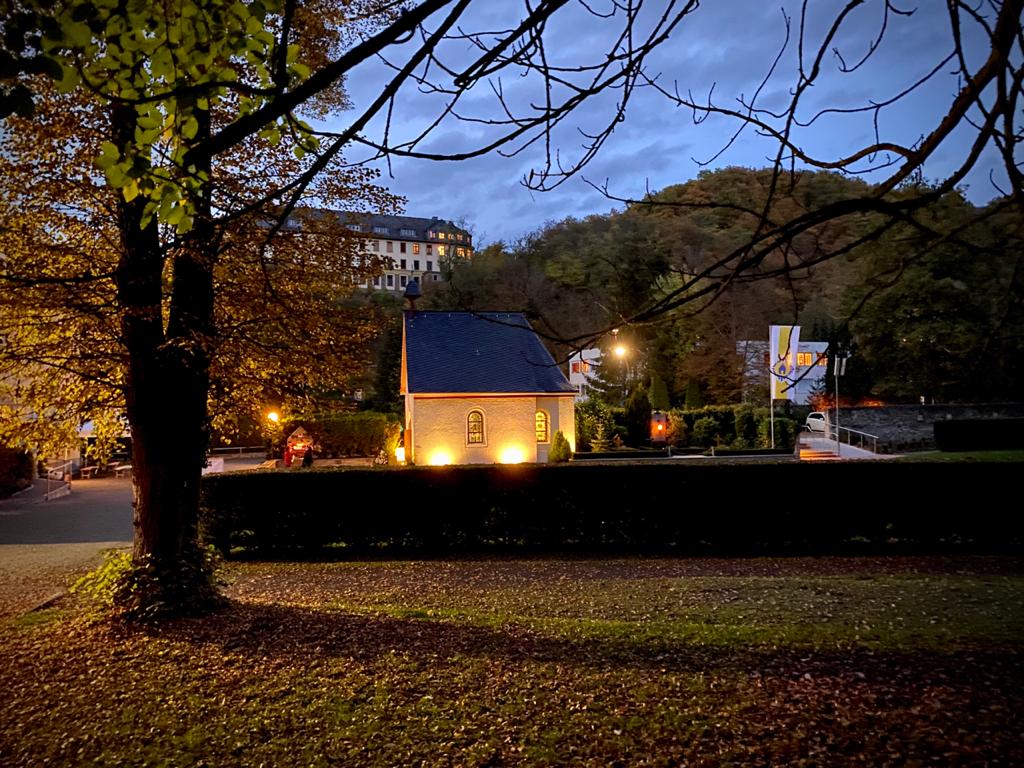