On April 12, 2015, there was a pilgrimage to the Shrine of the People’s Mother and Queen to celebrate and to express gratitude for the sixty-three years since Father Joseph Kentenich gave his blessing to the Shrine. One of the special moments was the re-inauguration of the “la Casona” [“The Big House”], a place to recall Father Kentenich’s visit to that adobe house, where he had breakfast in the large dining room and where he was given a beautiful cake. Father Kentenich stressed this during his talk that Easter Sunday: “This morning, when I drank coffee in the kitchen, we were given a beautiful cake. It was decorated with a rose.” (Ext. Libro María Madre y Reina del Pueblo) (Ext. the book: Mary: The People’s Mother and Queen).

For many years the house served as a kitchen for pilgrimages, but now a separate beautiful outdoor kitchen has been built. Therefore, they have wanted to reevaluate this historic place. The Father Kentenich Secretariat took care of painting it and decorating it with: photos, the German flag that welcomed Father, a giant print of the Original Shrine, the picture of the Blessed Mother that Bishop Jorge Mayer, who translated for Father Kentenich during the talk he gave to the priests of the diocese, gave to Father Daniel Jany, the kneelers that were at the Children’s Home chapel, taken care of by the Sisters of Mary in the Barrio Villa Rosa, Bahía Blanca, a place Father Kentenich visited in 1947, the liturgical vestments that Father Kentenich used during the Mass he celebrated in the Shrine, and the Missal the youths gave the Father and Founder for the Easter Mass on 4/13/52. This missal is from a very special remembrance of that day when the center of the entire celebration was the “placing the Mother Thrice Admirable of Schoenstatt’s picture in this Shrine.” During his talks, Father Kentenich presented Mary as “the People’s Mother and Queen” and he preserved this idea by writing it in the missal in his own handwriting: “She is the Great Missionary of the People; that she will also work the great miracle of transformation from here.” During the conference on the 14th, Easter Monday, Father Joseph Kentenich said: “The boys and girls have made an effort to give a Missal for our Shrine. A vivacious initiative of our youth!” (Ext. from the book, Mary the People’s Mother and Queen). 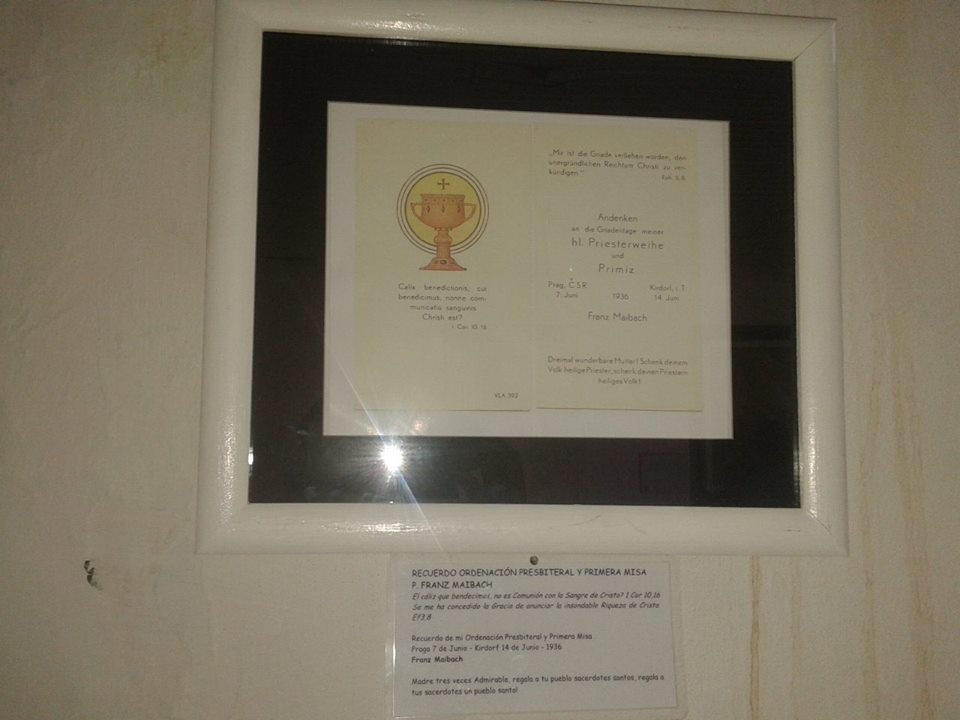 Father Franz Maibach, (1905-1957) is also remembered; he belonged to the Schoenstatt Movement from his youth, and he spread it among those who work in the area of Paso Mayor. Through his friendship and the opportunity of his trips to Argentina, on December 8, 1948, he invited Father Joseph to visit the area’s German colony. There is a replica of the little holy card of his priestly ordination and of his first Mass in Prague in 1936 and some liturgical vestments that he used.

Undoubtedly the pilgrims will have the opportunity to get close to Father Kentenich, to know him better remembering him through the book, “Todo un Padre” [“A True Father”], to leave their messages, to read the Father Phone quotes, and to feel his presence in the place. 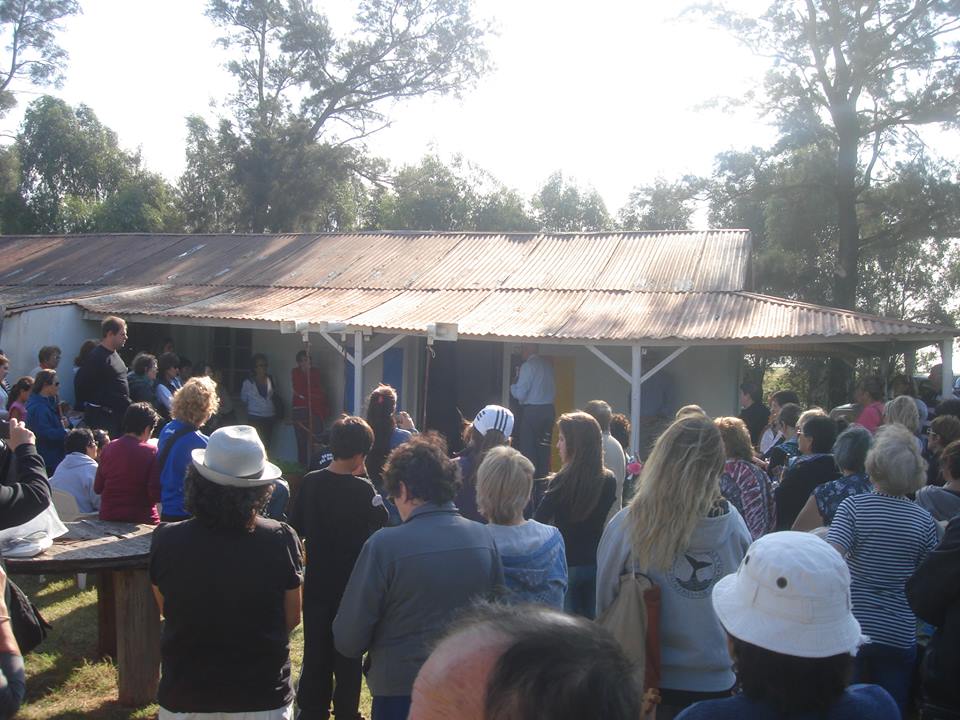