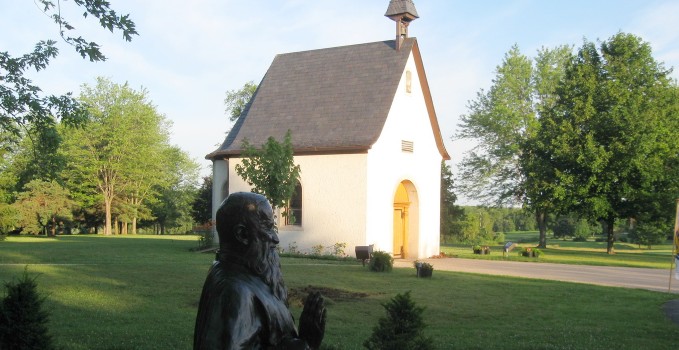 Jubilee Trip to Milwaukee: Fifty Years Since the End of Father Kentenich’s Exile

GERMANY/USA, mda.  Fifty years have passed since that time when someone from the schoenstatt.org editorial staff was at the kindergarten and answered a question from the teacher about a city in North America with an amusing name “Milwaukee!” and to her confusion retorted, “what is that?”:  “A person in exile lives there, a person so feared by many that he was sent far away.”  A few months later, Father Kentenich – that was the name of the person in exile – left Milwaukee and went to Rome where he experienced the closing of the Second Vatican Council and where he symbolically blessed the cornerstone of the Schoenstatt Shrine in Rome.  Miraculously, he was able to return to Schoenstatt on Christmas Eve in 1965.  Milwaukee was history.  Nobody could imagine then, not even the child in the kindergarten, that Milwaukee would become something more than a place where someone whom they wanted to be far away would be sent, that the “person in exile” could have there an unsuspected fruitfulness, so much so that decades later “Milwaukee” would be the aim for many pilgrims.  In August of 2015, a group of Schoenstatters from Germany will be there, participating in a retreat for pilgrims who come to Milwaukee.

“Father Kentenich brought something new from the exile in Milwaukee:  a new image of the Father (God and his transparencies), of the child (each person) and of the community.  It is a message which acquires a new presence in the light of the vision of Pope Francis’ Church,” as is stated in the brochure for the commemorative trip to Milwaukee which will take place from the 15th to the 29th of August 2015, with the reputable guidance of Msgr. Dr. Rainer Birkenmaier from Oberkirch and his team.  In Milwaukee, Sr. M. Carol Winkler will be at the disposition of the group as a witness of that time and as a speaker.

Objective of the retreat for pilgrims

“The retreat for pilgrims has as an objective to reveal the world of Milwaukee which still remains hidden.  Upon meeting at the place of exile and with the persons who were in close contact with Father Kentenich, the pilgrims can discover in a new way and build a deeper relationship with him,” promises the brochure – and many of those who have participated in the past (some more than once) in the retreat for pilgrims, give witness to the fact that these are not only words.  Of course, those who go on pilgrimage to Milwaukee will get to know – like all who participate in some trip to the historical places of Schoenstatt – the places and the history.  They will receive information on the exile time and they will meet with witnesses of the era.  It is what is customary, but it is not all.  During this retreat for pilgrims to Milwaukee, there are times for silence and personal meditation, promptings on the topic, moments for prayer and Eucharistic celebrations, in addition to the offer for spiritual direction.

Invited to these very special days, in such a special year, are  the persons who live the Covenant of Love in Schoenstatt, who desire to deepen their attachment to Father Kentenich and who wish to experience in themselves his transforming power. 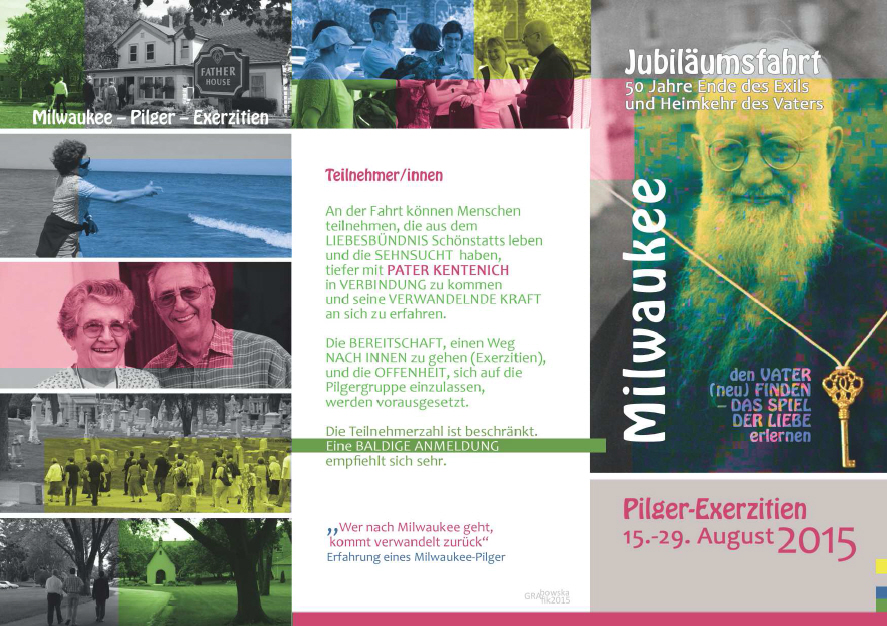