Chile: 71st Anniversary of the miracle of Father Kentenich’s rescue 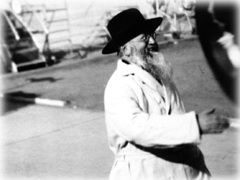 CHILE, John Smok Kazazian and María Francisca Cantin Jaramillo. Today, on June 23, 2013, the incredible network of events during the month of June, which were foreseen by Providence and that marked Schoenstatt in Chile, come to mind.  For example, on June 23, 1947, Father Kentenich stepped on Chilean soil for the first time. 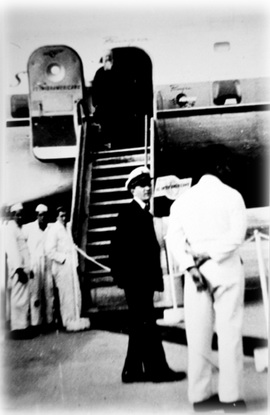 A few days later, he traveled to the port of Valparaíso, since he knew that Movement groups existed, which had begun their knowledge and attachment to the Schoenstatt spirituality beginning in 1936, through Father Clemente Keppler, a Pallottine priest from the Parish of San Luis del Cerro Alegre, and then, in 1940, by Benedicta Daiber, a young German lady, who had received Schoenstatt writings from Father Keppler to read and to translate, and which she used to form this spirituality with a group of ladies, who were leaders of Catholic Action, and had approached her seeking training.

Once in Valparaíso, Father Kentenich met with this group of ladies, who had taken the mystery of Schoenstatt to heart and who had wholeheartedly committed to his person and his mission.  First, Father Kentenich spoke to them about Schoenstatt’s history and the ideal of woman.  Then, during tea, Father made a closer and personal contact with the group (several of them spoke German).  The ladies told him how the group was formed, and they told him about their history, especially about the offering of their lives that they made during a Eucharist on June 23, 1942, to save him from the risk and danger he was undergoing in Dachau.  At this consecration, they offered themselves to the Mother Thrice Admirable, accepting whatever She wanted in order to save the Father and Founder’s life. 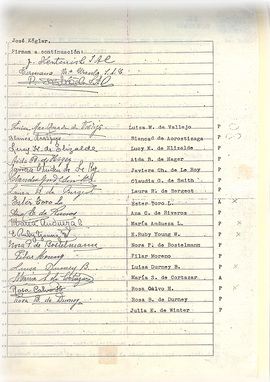 Father received the history of the group, and he felt profoundly touched to discover the bond that united him to them, since the consecration took place the same day in which he was in the greatest danger of death, since he was originally destined to be transported (to the gas chamber), he was saved thanks to the intervention of a guard, who was his friend.

This coincidence of dates resounded in Father Kentenich’s soul in light of Divine Providence, and he perceived the Schoenstatt depths of these first ladies and the reason that they had been chosen.  This was so admirable, that it led him to carry out something surprising, unprecedented, something that had not been done in any other place of the world where he had been, something that at the beginning was reserved for only the small town of Schoenstatt.  But at the same time, it was something that with his fatherly love and his vision as a prophet, urged him to carry out.  That day, along with the small group of ladies at this talk, he officially declared the founding of Schoenstatt in Chile.  This was on June 27, 1947.

As heirs of the total giving of self