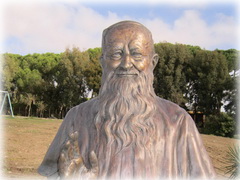 mkf. There are schools, houses and streets which bear his name. Newspapers, radio and television stations broadcast news about him, precisely on the 16th of November, 2010, the 125th anniversary of his birth. Popes, cardinals, and bishops have spoken about him and continue doing so. All began with a secret and favorite idea born in his heart and fulfilled with the persons who followed him. Wherever he went, they also went. Always. With such persons, Father Kentenich continues founding Schoenstatt also today. With persons for whom he is Father, Founder, Prophet and much more….. What is he for me? 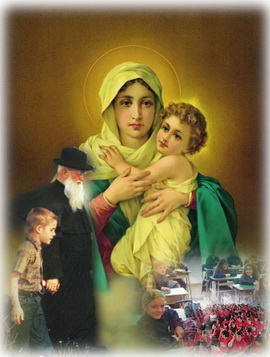 Schoenstatt began with a “Father Current:” the founding generation grew around Father Kentenich. He had conquered their confidence: they believed in him and they were enthusiastic about committing themselves to the realization of his favorite secret idea, Schoenstatt.

For Father, only that person existed

I have known about Father Kentenich my entire life, but only during these last five years have I taken the time to truly know him. I am impacted by his paternity, by the testimonies of the persons who had the opportunity to share a moment with him and how these persons tell that for Father, only that person existed. This characteristic trait of Father Joseph I see strongly reflected in his children, especially in the Schoenstatt Sisters of Mary and the Schoenstatt Fathers. Speaking with them is truly feeling how important your confidence is! And you feel completely sheltered and understood. Father’s Family fully embodies his charisma, and that is truly beautiful! 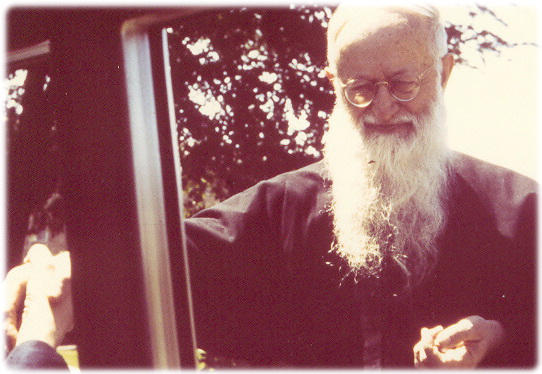 What captivated me about Schoenstatt and the motive by which I entered the Movement was Father Kentenich. I was fascinated by his person, his message, his testimony, his freedom, his paternity, his mission, his everything! But especially, freedom. That is what attracted me most about him and it led me to an ever more deeper commitment to Schoenstatt, at the ascetic and spiritual levels. Without that, I would never have entered.

It was not the Shrine or the Blessed Mother who captivated me initially as it is for many. Rather, evidently for me, it was Father…..the human instrument who captivated me. For that reason, the book which touched me most was “Testimonios” (Testimonies) by Father Esteban Uriburu. This book is about many people who knew him and how he adapted and concerned himself to all those who approached him…..beyond who they were or what position they had in Schoenstatt…..from the most intelligent to the most humble…..all were his children. For me, this is precisely the characteristic trait of God the Father.

In school, in religion, I often faced this topic: the image of God which is precisely what Father Kentenich was, and I was often given penance for being “heretic” simply for saying that my father could not be kinder than God and God loves us and forgives us always. When I heard speak of Father, for the first time I felt understood. For that reason, the topic about secondary causes was not only very simple for me to understand, but something totally real.

But what is most important is that I felt that finally someone agreed with me! For the first time, someone said what I always experienced: God is Father! And later, when I came to know his meaning of freedom, he conquered me forever.

Participation in his charisma

Father Kentenich is a father for us because he has included us in his Covenant of Love. He said “yes” to us. With his pedagogy and through the Blessed Virgin, he has made us more interiorly free…… confident in Divine Providence….. like him. He is father and has given us participation in his charisma.

Always anew….. more Father for me

Father Kentenich is always anew….. more father for me. I am frequently awed with how he responds to my questions through “Father’s telephone.” He has preceded us in following Christ and guides all those who entrust themselves to him toward the Blessed Virgin. He is a transparency of God the Father. Thank you! Father, you have not left. You are very near to us.

Father Kentenich is a father for me

He continuously takes me into his hands and leads me toward God. He connects my thoughts to God. He has shown me that there is also a Mother here whom I can contemplate every day, a Mother to whom I can surrender everything: what is beautiful and what is not so good. Father Kentenich is an example for me. I follow him because I have been caught up with his fire and he fills me with enthusiasm.

A transparency of the Father

Father Kentenich unites in his person – for me – the strength of an unbreakable fidelity to God, to his vocation, and likewise shows the mature freedom of an especially youthful soul and is thus: close, trusting, altruistic, empathic, optimistic, sincere, a transparency of the FATHER for his children.

What does Father Kentenich mean to your life?