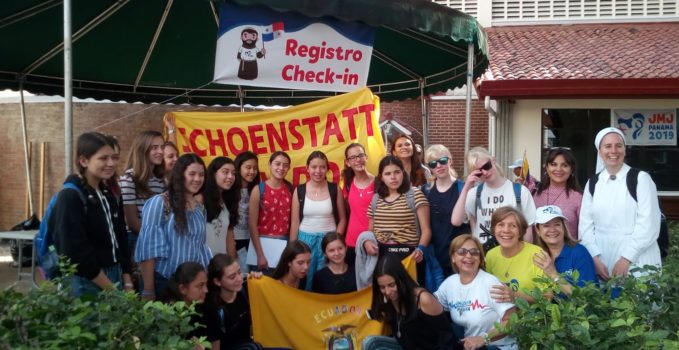 HOW I EXPERIENCED WYD2019, PANAMÁ, Carmen Franco and Maria Fischer •

Almost the entire parish was in full WYD mode as hosts to hundreds of youths for check-in, as a spiritual center, as the event organizer of the “Caleta Festival,” and so much more.  San Francisco de la Caleta parish filled this role in the days prior and during January’s World Youth Day 2019.  This parish, with its parish priest and vicar (a Diocesan Schoenstatt priest) were proud to be hosts to the Schoenstatt Youth in a nearby university and in the Schoenstatt Spiritual Center.  Literally all the Schoenstatt members of the parish became volunteers.  Now, weeks later, they shared what they experience on the parish’s Schoenstatt page  schoenstattpanama.blogspot.com—

Always at the ready… ready to help… ready to serve

One could see them at all times: in front of the church, in the parking lot, inside the sanctuary during Masses, at Adoration of the Blessed Sacrament, distributing water, coffee, pictures of the Blessed Mother, passing out flyers about Schoenstatt…helping everyone with everything. 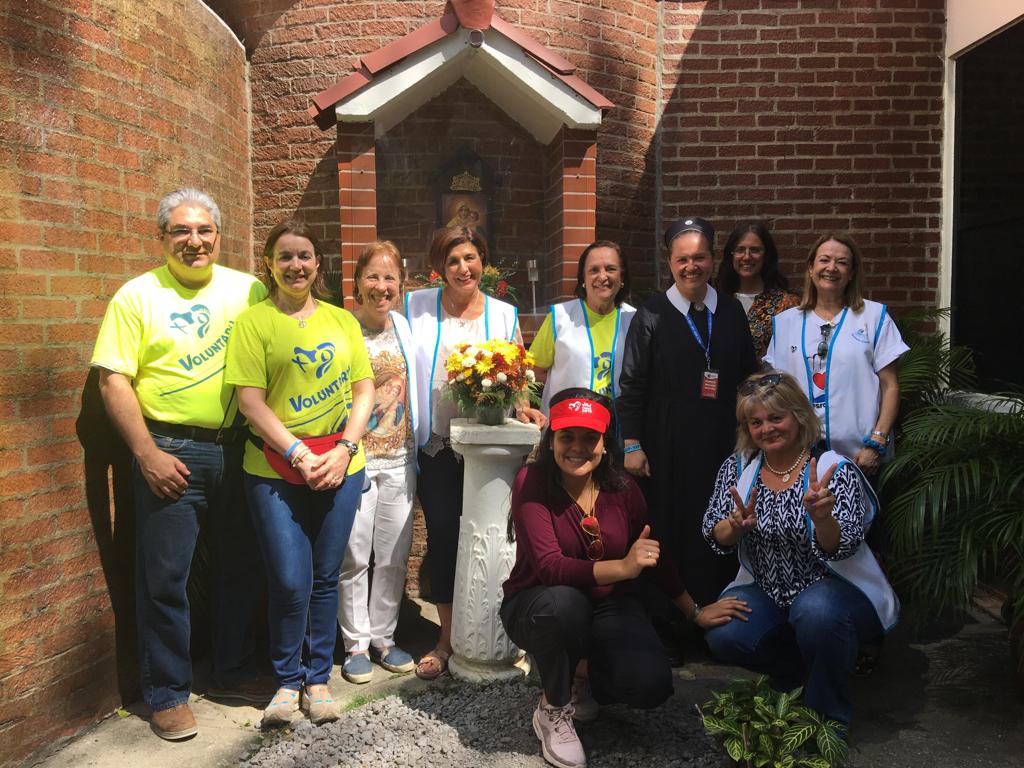 Pilgrims— One and Two

As everyone knows, WYD Pilgrim One was Pope Francis.  What many did not know was that the Pilgrim Two for WYD was Our Lady of Fatima.  This was the first time the original image had left to join a WYD.  She simply could not miss this one, which was Marian, sporting the theme: “Behold the Handmaid of the Lord.”

Our Lady of Fatima came on pilgrimage from the Park of Mercy accompanied by many pilgrims.  Along the route, one could hear songs sung n Spanish, English, and German:  they prayed the rosary.  It was overwhelming to be on a pilgrimage with Our Lady of Fatima, along streets closed for her, with trucks, carts and buses waiting alongside while their drivers greeted Mary…

We received her with a street of honor and deep devotion, knowing how special this visit was.  It only lasted two hours, but we were the privileged ones.  She only came to three places, and we were the chosen ones.

Hail Mary, Mother of God and our mother: how grateful we are for so many blessings.  You know, glorious Queen, how much we love you.  In our Schoenstatt Movement, we wait for your shelter and your graces; we know you are the way to reach Jesus.

An intimate place for an encounter with Jesus

Besides the Masses for the multitudes, and the Masses concelebrated by thirty or more priests, there were also intimate Masses in the small chapel alongside where the perpetual adoration of the Blessed Sacrament was possible.  Schoenstatt priests and others also did this with small groups of young people.  There were always some pilgrims kneeling at the feet of the Lord. 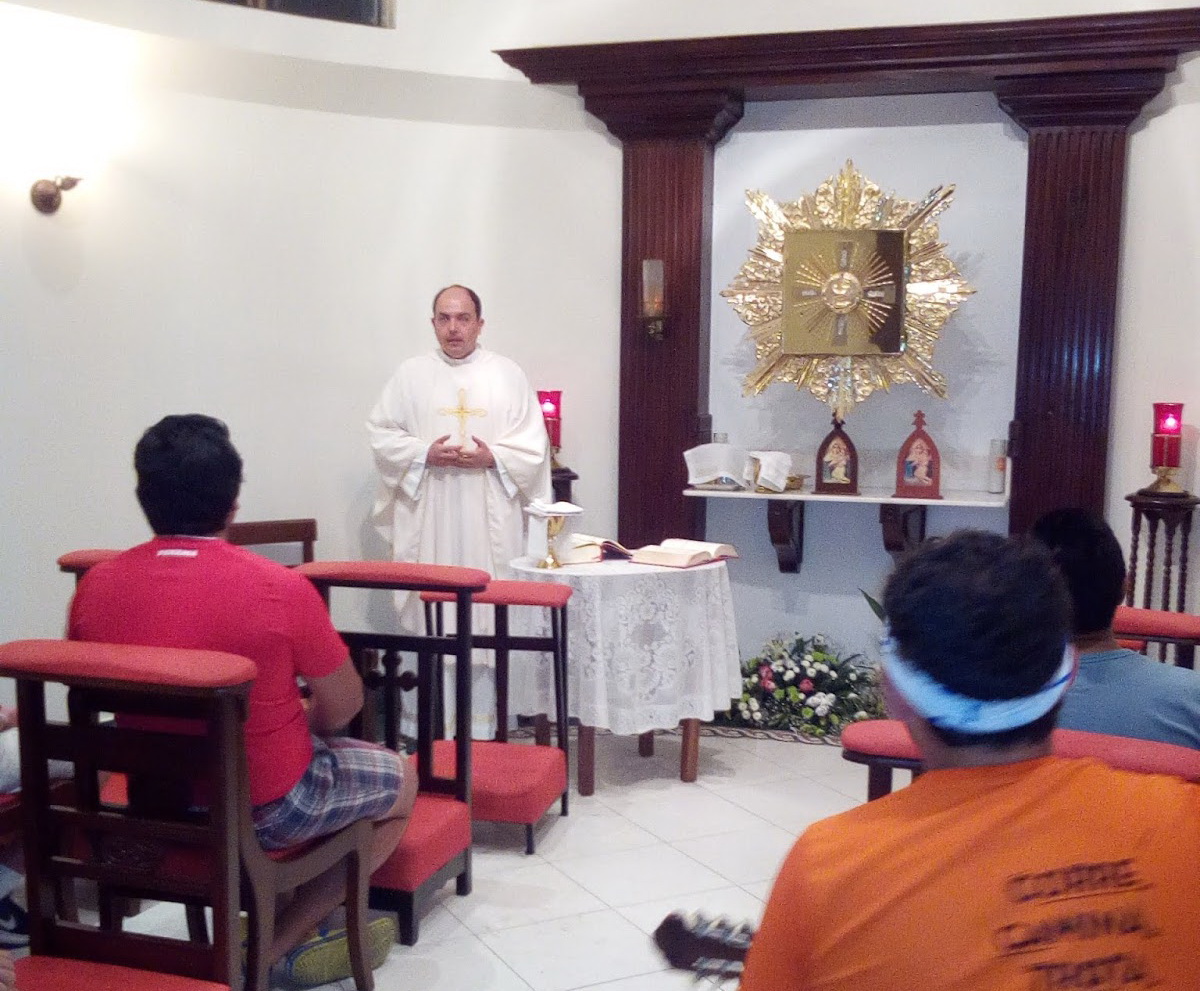 Situated in Omar Park, the Park of Mercy was a space prepared for young people discerning vocations.  Schoenstatt was there to offer a pedagogic message on following the footsteps of Mary and learning about Father Kentenich’s contribution “with his hand on the pulse of time and his ears on the heart of God.”

It was a revival of what was already known: the marvel of our Movement is that it offers an answer for all states in life: childhood, adolescence, adulthood, couples, families, priests, and Sisters.  Everyone has a place in this small place at the feet of the Blessed Mother.  She gives us shelter, she transforms us spiritually, and she sends us to others.  Human bonds are valued as a way to a profound bond with God.

The saint of today is the saint of everyday life.  The encounter with Mary allows us a true Christian life. 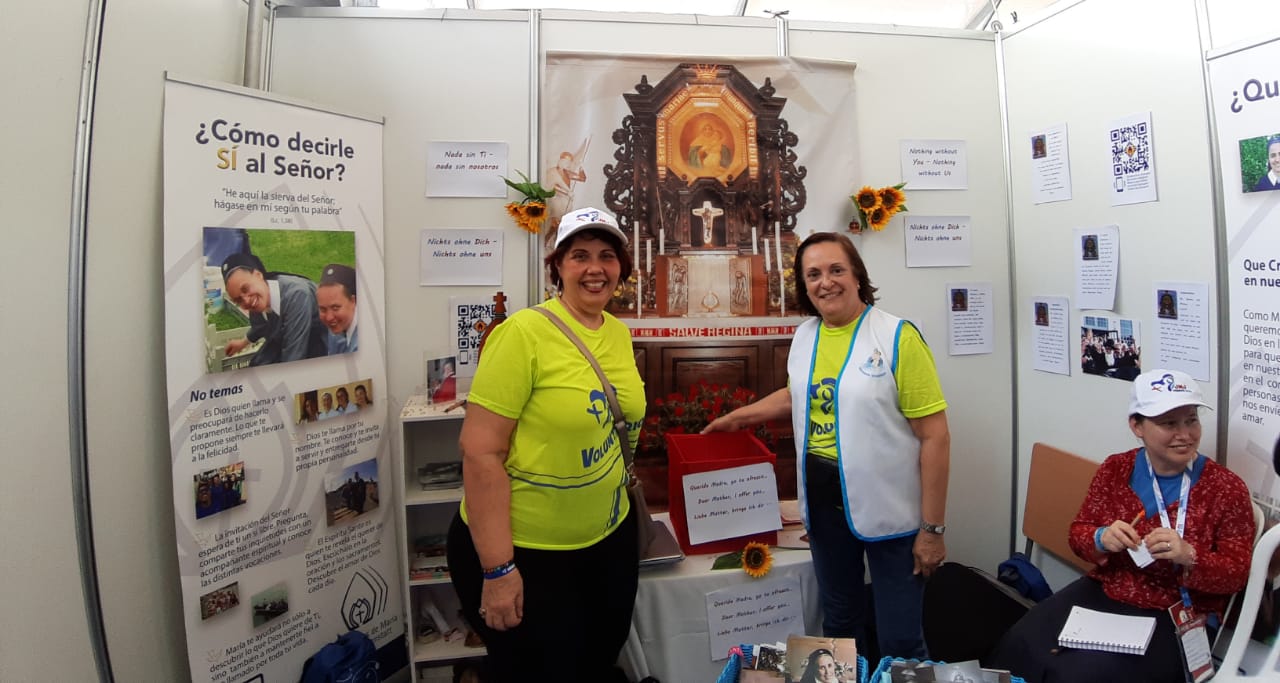 All the Schoenstatt youth —happy together

A special gift was in housing the Schoenstatt youth near the parish at Belisario Porras School— the girls in front, the boys in the back part, all happy together. Ligia and Alvaro Carrera cared for them, along with the rest of Schoenstatt’s Panamanian volunteers.

On 26 January 2019, all the youth got together in the gym for the send-off Mass, after which they assisted in a vigil with the Pope at St. John Paul II Field.

With praise songs and complete devotion, they participated in this farewell Mass at the site of their lodging.  Now it was turn to be with the Pope.  “Do not forget the bonding you have lived these days,” were the words from the homily. 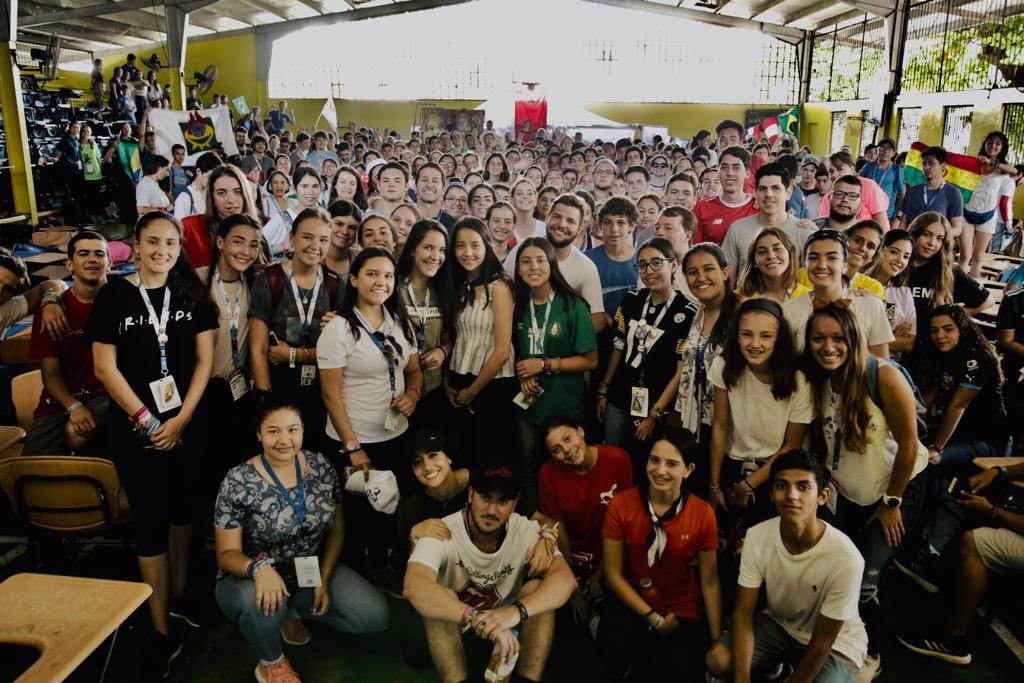 Volunteers with the Pope

Some of the women volunteers had the good fortune of participating in this farewell event.  Their conclusion:  A huge thank you to all who participated in this WYD.  We were instruments so these young people could have an experience that would make a difference in their lives.  Thank you, Mother for allowing us to be your instruments:  Nothing without you, nothing without us.

Of course the parish volunteers also had their day, when at the end of the event with the youth on Sunday January 27th, Pope Francis went to the Rommel Fernandez stadium to greet the volunteers and thank them for their contribution.

Before WYD, many perhaps did not know that Schoenstatt-Panama existed.  Now it is known, and we know that we will read a lot about this small and growing family with their strong apostolic impact.  Just as what a young Venezuelan girl said the day before WYD, “How I would like to be with the Schoenstatt youth in Costa Rica, but I knew that my place was here, to prepare their place at WYD.” 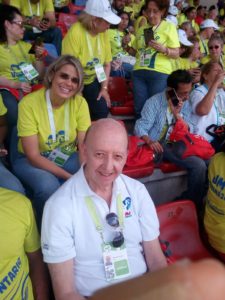 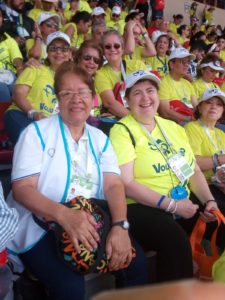 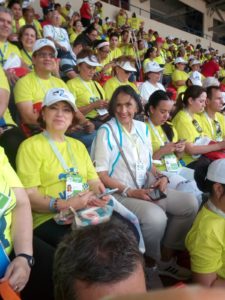