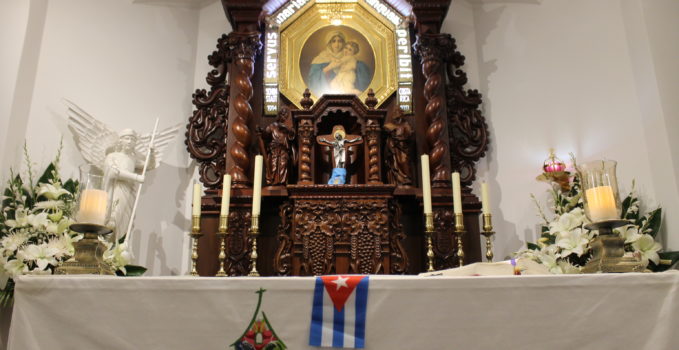 There were three, four Masses in the “Family of Hope” Shrine during these days prior to the International Gathering of Schoenstatt Youth on the way to WYD in Panama. Team Masses, usual family Masses, Masses of recently arrived delegations or of those who have already spent some time here – but this Mass at 5:30 am, on January 15th had something special, when the celebrant, Fr. Jorge Andrés of Federation Priests, placed the Cuban flag on the “Family of Hope Shrine” altar in San José, Costa Rica, during this week that is at the center and heart of the Schoenstatt Youth and everyone accompanying World Youth Day from their shrines.— 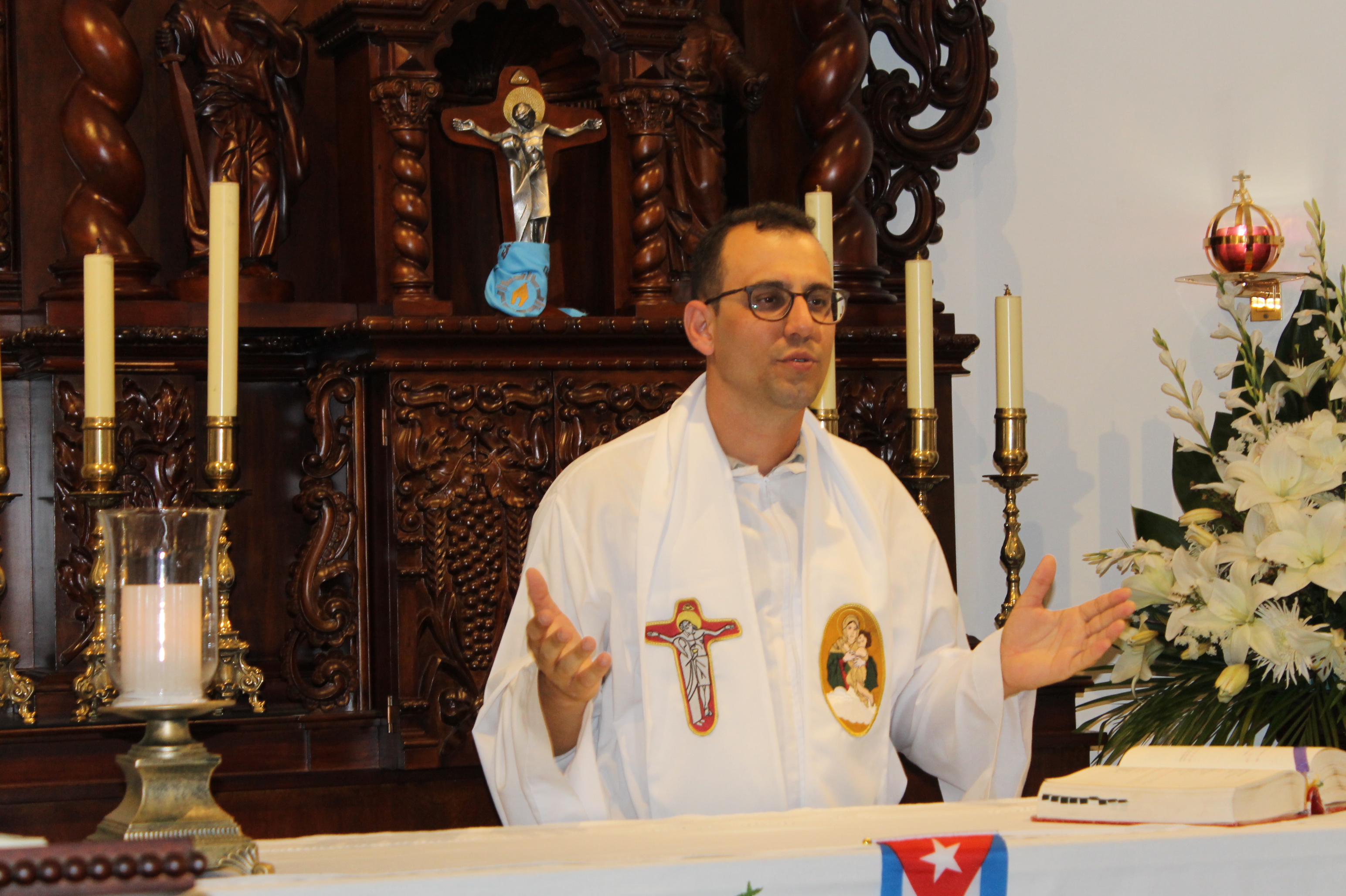 He was here for the blessing of the shrine on 18 March 2017, now he had returned and with the small Cuban flag as a symbol of all the people of Cuba, of the entire Cuban Church and of Schoenstatt in this country, where more than twenty years ago, Fr. Carlos Cox and some youths began to sow Schoenstatt’s seeds that are flourishing today in the Federation of Schoenstatt Priests, in the Rosary Campaign of the Pilgrim Mother, and in the Schoenstatt Youth…  “Among the more than 470 Cuban youths who will participate in World Youth Day in Panama, there is one from my parish,” he related to those who participated in the Mass, “And he is going to seal his Covenant of Love in Panama.” There will be 500,000 thousand youths at WDY 2019, there will be approximately 600 or 700 Schoenstatters, and there is this Cuban youth who will seal his Covenant of Love, joining this current of life and graces that began on 18 October 1914 in Schoenstatt— a real face, a real story— It was worthwhile traveling to Costa Rica and Panama just to relate this story on schoenstatt.org. The small Cuban flag on the altar remains in memory as a symbol of giving of self, commitment, trust, and love. 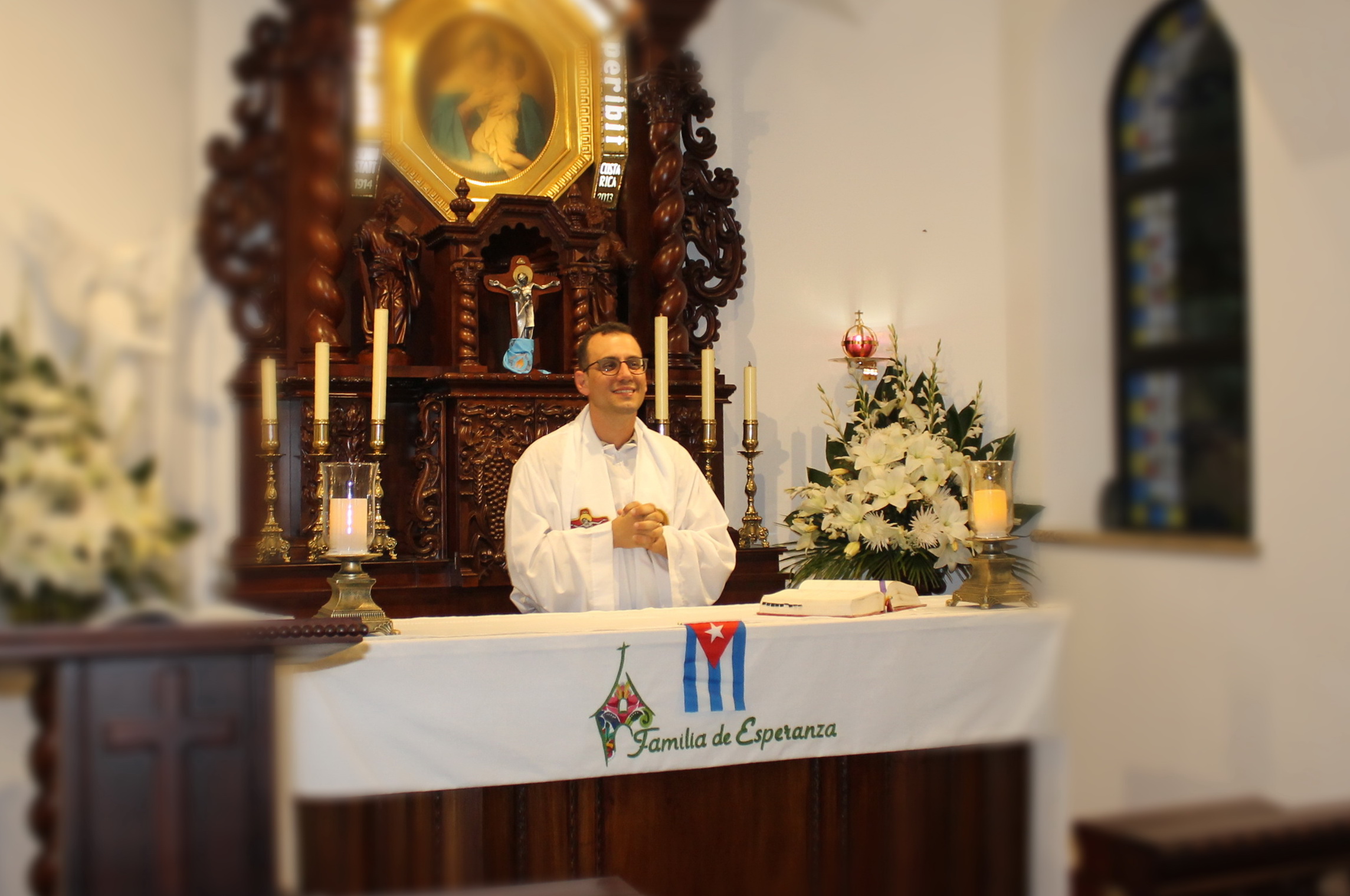 This “Family of Hope” Shrine means a lot to Fr. Jorge, since he was at the blessing on 18 March 2017, and he celebrated a Mass for the first time in this Shrine on the following day – and since he has generated attachments of solidarity with the Costa Rican family—A missionary shrine— With “reaching out” not only to the neighboring countries – El Salvador, Nicaragua, Guatemala, Panama – but also towards Cuba.

Some twenty-five Pilgrim Mothers have arrived in Cuba from Argentina. “In my parish, I have an Argentinean Pilgrim Mother,” he related afterwards, in a family dinner at the home of his hosts. Joy and gratitude were noticeable. 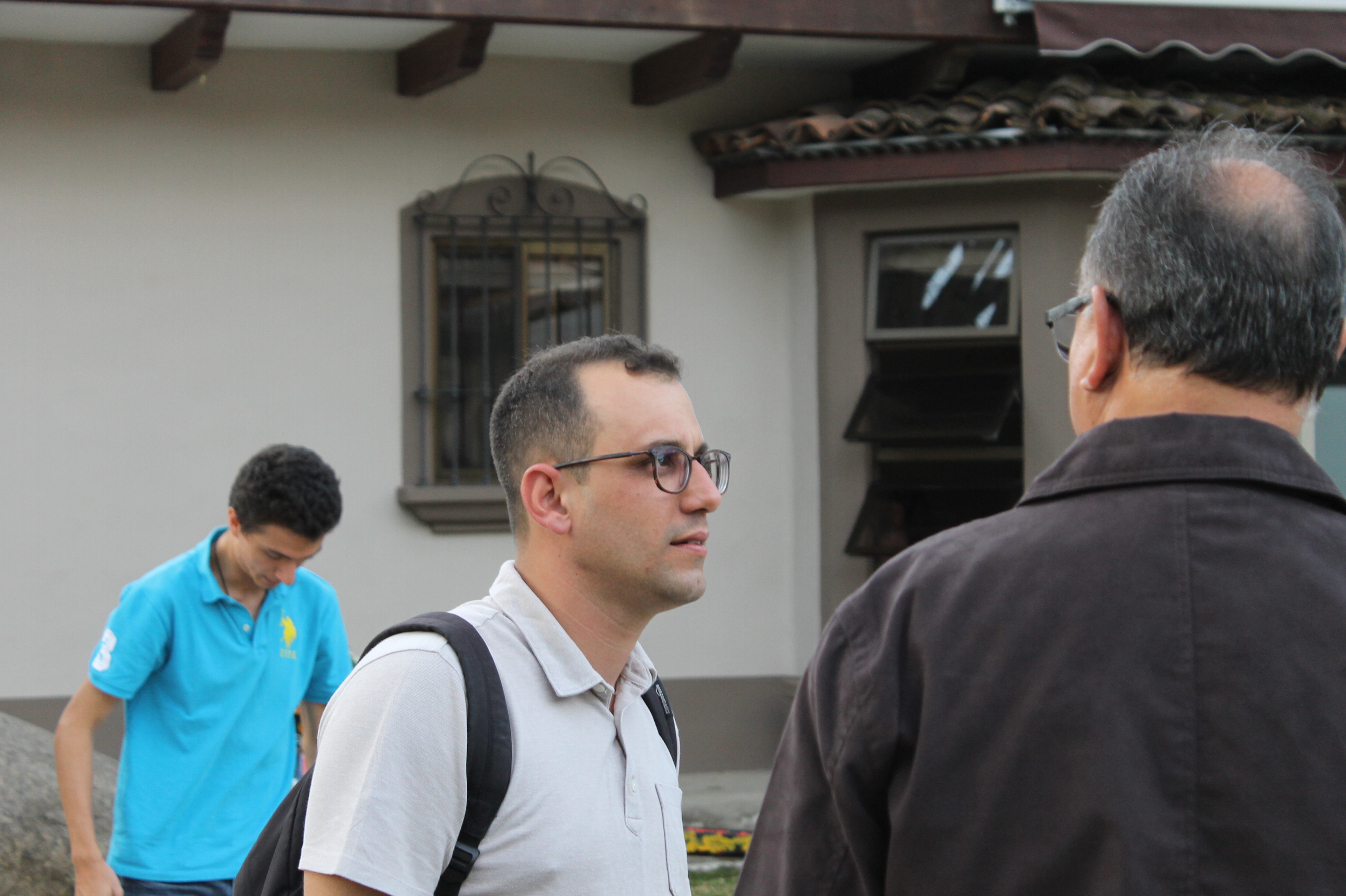 Fr. Jorge is especially grateful to Pope Francis, who has made the trip possible for the more than 400 young Cubans. “They even gave us mattresses,” he said. For a Cuban and least of all for a young person it would be impossible to pay the expenses for a trip to Panama, although it is close, much closer than the headquarters of previous World Youth Days. “But Pope Francis has Cuba in his heart,” Fr. Jorge said. So much so that he has already confirmed a personal encounter with the Cuban delegation that is staying very close to the Nunciature.

Missionary soul at the airport

Upon arriving in Costa Rica, Fr. Jorge also experienced the same thing as the youths of the Schoenstatt Youth from Costa Rica that went there to welcome the delegations: All the airport was full of young people,” Fr. Jorge related. “And suddenly they began to sing: Missionary Soul, everything was very impressive.”

Take me to men
Who need your words
Need, your desire to live
Where hope is lacking
Where joy is lacking
Simply, because they do not know you…

Take me to the airport…and the streets, the universities, schools, jails…to Cuba, Venezuela, Nicaragua, to Bolivia, to China…

Lord, I have a missionary soul
Lead me to the land
That thirsts for God.