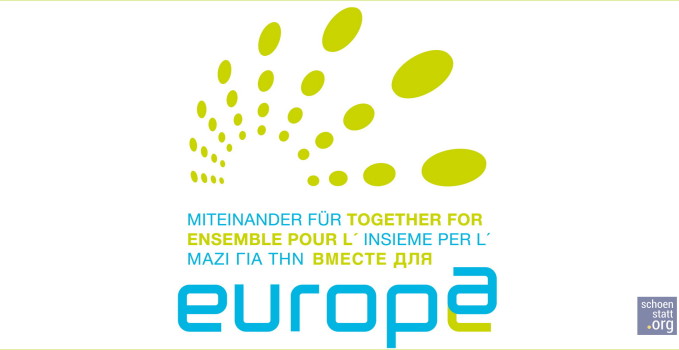 “Together for Europe”: Panel Discussion in Munich City Centre

Together for Europe, Press Release •

In the framework of the European Congress of the Ecumenical Network “Together for Europe”, speakers from politics, society and the economy will take part in seventeen panel discussions on 1 July with various Christian churches and guests from all over Europe, and interested citizens of Munich, for example, on present-day persecution of Christians with Johannes Singhammer, Vice-President of the Bundestag (German Parliament) and the Anglican Bishop Michael Nazir-Ali; or about reconciliation with Yale lecturer Prof. Miroslav Volf PhD; or about the opportunities for the visible unity of Christians with Cardinal Kurt Koch of the Ecumenical Secretariat of the Catholic Church and Evangelical Bishop Otfried Frank July of the Luther World Federation, and Metropolitan Seraphim Joanata of the Orthodox Romanian Church.

The fourth large European event of the broadly based ecumenical initiative begins on 30 June with a Congress for Associates in Circus Krone Building for which 1600 guests from various countries in Europe have already registered. Interested citizens of Munich and its surrounding districts are very welcome to attend the panel discussions on 1 July at various parts of Munich city centre. The organisers see the ecumenical prayer services in the morning of 2 July in the Cathedral and St Michael’s, among others, as an opportunity to deepen the Christian roots of Europe together.

The events conclude on 2 July at 2 p.m. with the outdoor rally at the Munich Karlsplaz (Stachus), which will be joined by the mainly youthful participants of the “Holy Spirit Night”. Representatives of the communities and movements will address the gathering, (for example, Andrea Riccardi of the Sant’Egidio Community, Maria Voce, President of the Focolare Movement, or Thomas Römer of CVJM Munich). Representatives of the churches will point the way to reconciliation, among them Cardinal Reinhard Marx and Evangelical Bishop Heinrich Bedford-Strohm of Munich, Cardinal Kurt Koch from Rome, Metropolitan Seraphim Joanata of the Orthodox Romanian Church, Evangelical Bishop Otfried Frank July of the Lutheran World Federation, and Olav Fykse Tveit, general secretary of the World Council of Churches.

The evening programme with bands and creative youth initiatives from Germany, Austria, England and Norway will be conducted by various Christian communities, among them the Munich “Holy Spirit Night” of the Evangelical Alliance in which, among others, the CVJM Munich, the Gospel Centre, the ICF Munich and the Paul Gerhardt Church are involved, as well as other Catholic communities like the Schoenstatt Movement, the initiatives Stay and Pray and Nightfever, or the Emmanuel Community. “500 years of separation are enough – unity is possible!”

“500 years of separation are enough – unity is possible!” With this slogan the Ecumenical Network “Together for Europe” invites you to attend the next international meeting from 30 June to 2 July in the State Capital of Bavaria.

The central objective of the event is to give a clear and public sign of reconciliation and unity among Christians at a time of crisis and inner fragmentation on the continent of Europe.

The initiative “Together for Europe” is an international network of more than 300 Christian Movements and Communities from all over Europe. It started in 1999 and connects Evangelical, Catholic, Anglican and Orthodox Christians, as well as members of the Free Churches and new congregations. Seventy communities form the Friends of “Together for Europe”.

Detailed information about all the events, with times and venues, speakers and initiators, can be found on www.together4europe.org and www.miteinander-wie-sonst.de.