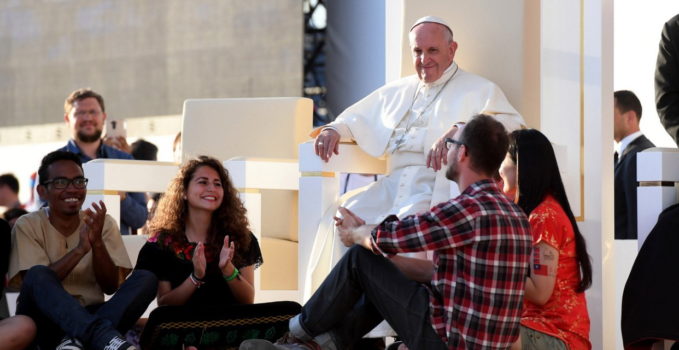 Lucas, Magdalena and the many youth Francis wants to listen to

TOWARDS THE YOUTH SYNOD, Maria Fischer and Claudia Echenique •

If the Youth Synod had been convened by Pope Benedict XV in 1914, the youth of Schoenstatt’s founding generation and Fr. Kentenich would have participated with great enthusiasm and commitment. He believed in the dynamic and creative power of youth to jump start Schoenstatt’s development in the face of the challenges of the time.

A century later, Pope Francis truly wants to listen to the youth because he desires a Church that has them in mind and that comes from them. A year ago, he called the Youth Synod with the theme: “Young people, faith and vocational discernment.” It will be held in Rome in October 2018. “I wanted you to be the centre of attention, because you are in my heart,” Pope Francis told the youth on 13/01/2017. How can the youth participate in a Synod of Bishop?

On the way to the Synod, many are asking how the youth can participate if the Synod is only for the Bishops.

The first phase of the preparation began with a survey for the youth of the world, for both young people in the Church and outside it. About 200,000 young people answered the survey.  Then at the International Seminar in Rome in September 2017 [not available in English] professional experts from various fields and 20 young people from the five continents examined topics such as youth and transcendence, projects, technology, otherness, and identity.

In the last phase of the preparation from 19 to 24 March, Pope Francis will call a Pre-Synod bringing together 300 youth from around the world to “express their desires, uncertainties and expectations,” wrote Cardinal Lorenzo Baldisseri, the Secretary General of the Synod of Bishops.

“The Pope wants to listen to all the youth, not just Catholics and believers, but everyone, even those who are outside the Church or who have never been to it,” explained Fr. Alexandre Awi, the Secretary for the Dicastery for Laity, Family and Life, at a recent Salesian congress in Madrid. 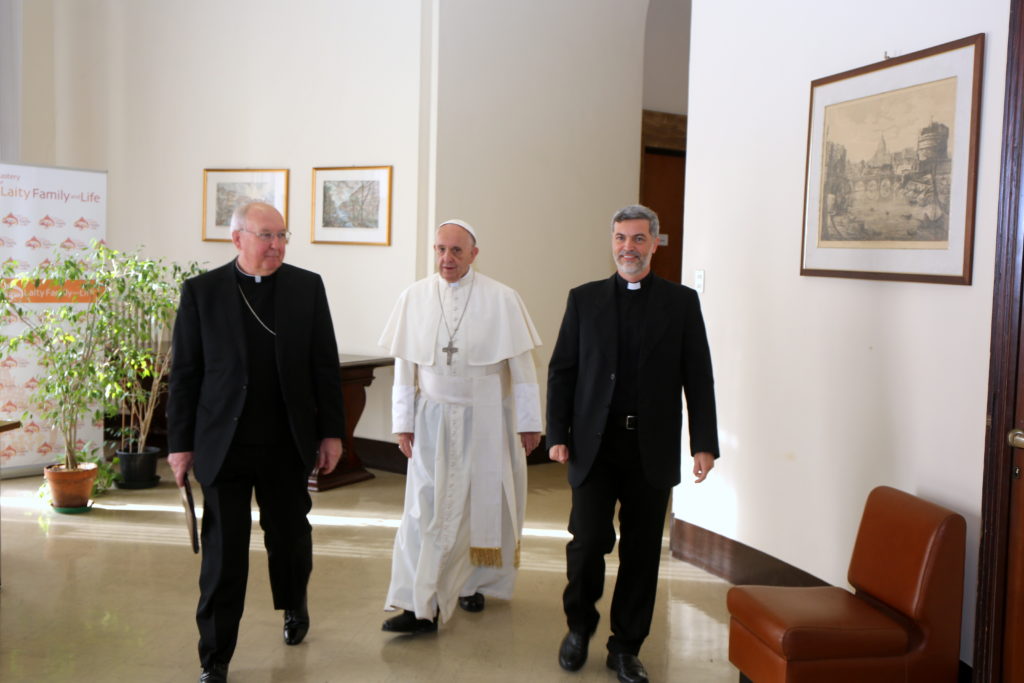 Two Schoenstatt youth at the Pre-Synod

These days news spread that among the youth who will participate in this Pre-Synod, there are (at least) two Schoenstatt members: Lucas Galhardo from the Boys’ Youth in Brazil who already participated in the International Seminar in September 2017, and who was elected as the Schoenstatt representative, and Magdalena Hartmann from the Girls’ Youth in Germany, chosen by the German Bishops’ Conference.

They will spend five days in dialogue, exchange and proposals with young people from all over the world who have been chosen by their Bishops’ conferences, ecclesial movements, the Eastern Churches, and preparation centres for the priesthood and consecrated life. There will also be delegates the world of school, university, culture, work, sports, arts, volunteer programs, youth on the peripheries, as well as young people from other religions or for whom the faith is completely foreign.

These valuable contributions will be used to draw up an Instrumentum laboris, forming the working document that the Synod Fathers will use to prepare the interventions during the October meeting. 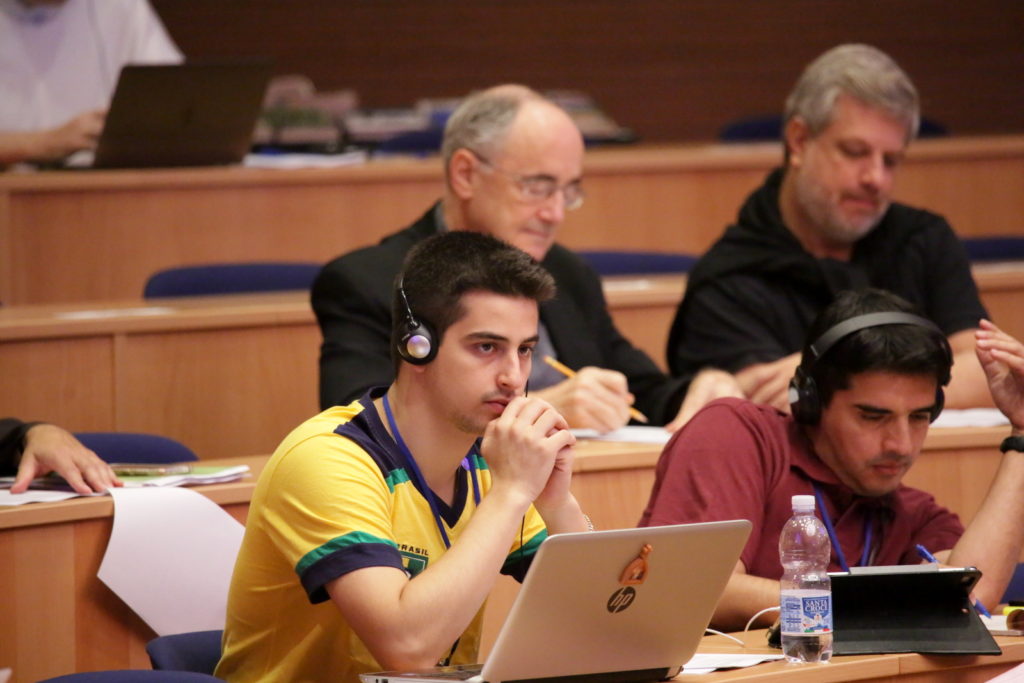 Lucas Galhardo, Schoenstatt Youth from Brazil, at the International Seminar

This Synod could, properly speaking, be the Schoenstatt Synod. Through the youth, their histories, experiences, concerns, questions, ideas, commitments and dreams, all of us who belong to and form part of the Church can learn and change at the pace at which the universal Church is also changing with the youth.

They embody the challenges of change, in them the gospel of the new times is forged with their experiences and life histories. In their hearts are forged the new charisms through which the Holy Spirit will lead the Church and Schoenstatt in its being and mission.

Praying for the Synod is to pray for future generations

At Schoenstatt.org, we have, for some time been promoting the “Pray for the Synod” initiative, a project by the Piarists in their jubilee year and open to everyone, which has the support of the Secretary General for the Synod of Bishops, as well as institutions such as the Latin American Bishops’ Conference, the Commission of the Bishops’ Conferences of the European Community and the he Union of the European Conferences of Major Superiors, communication platforms and other Catholic platforms. We are invited to pray for the Synod, and now, to pray especially for Lucas and Magdalena and for the other young people who will participate in the Pre-Synod. 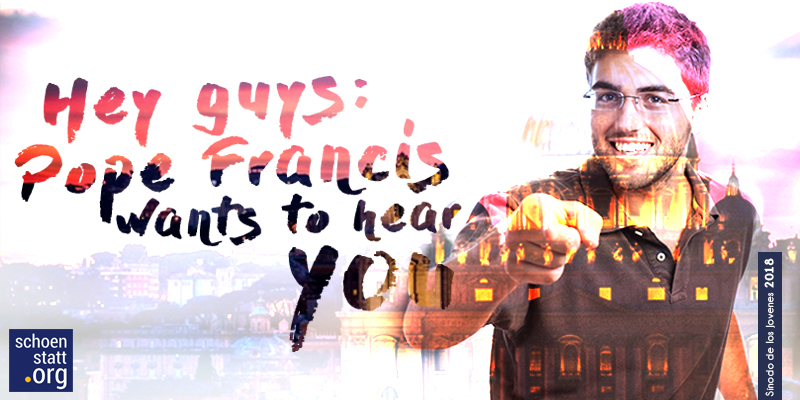 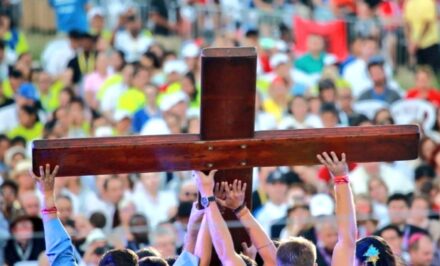 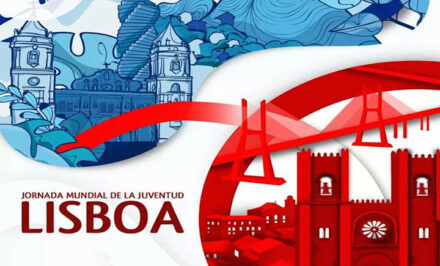