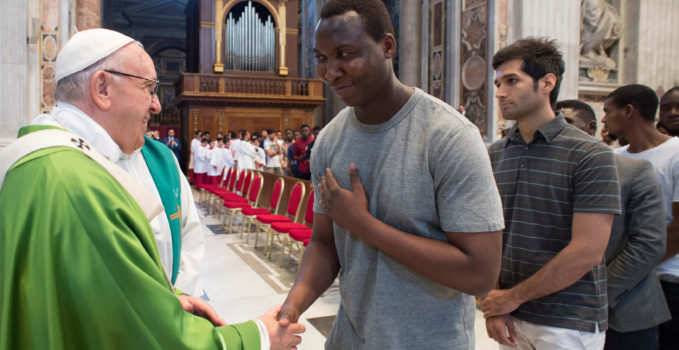 Solidarity is the answer to migration challenges

“I believe, based on several messages, that some Christians are uncertain whether or not it is ethical, good or bad, to rescue the immigrants who are in obvious danger of being shipwrecked and dying. I find it positive that the Holy Father has resolved this uncertainty for them,” commented José Antonio Cerezuela on Twitter. He is from Barcelona and describes himself as “one more among 8 billion. Trying to post a positive tweet every day.” Either way, this is a positive tweet, together with Pope Francis’ message which he brings to life in his person, his gestures and words, when it comes to the issue of migrants, which has recently transformed Europe and the United States into a battleground of many men and women fighting for their territory, for each centimetre of power, influence and comfort… — 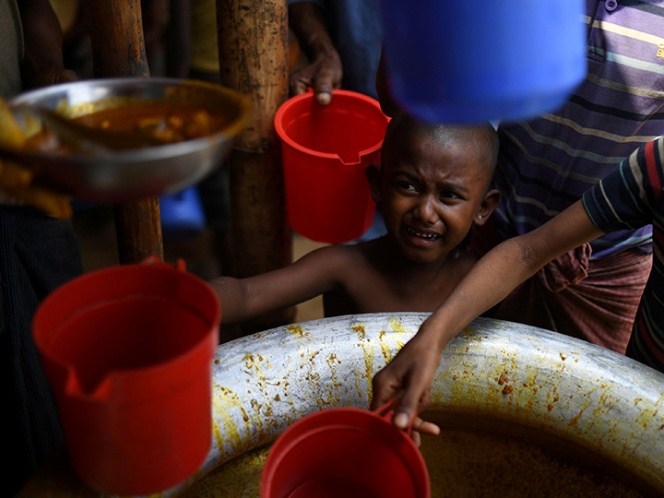 “How many of the poor are trampled on in our day! How many of the poor are being brought to ruin! All are the victims of that culture of waste that has been denounced time and time again,” stated Pope Francis during the Holy Mass for migrants celebrated in St. Peter’s Basilica in the Vatican on 6 July, on the fifth anniversary of his visit to the island of Lampedusa. More than once Pope Francis has said that “I was also born into a family of migrants,” and that he tries to “break down the invisible wall between north and south.” He tries to do this by defending migration – which lately has been viewed that only those who can be welcomed should come – with events such as the Mass at St. Peter’s on 6 July to celebrate the fifth anniversary of the trip to Lampedusa; the environment, to which he dedicated an entire encyclical; or poverty,” according to Spain’s El País newspaper [article in Spanish] on 8 July. 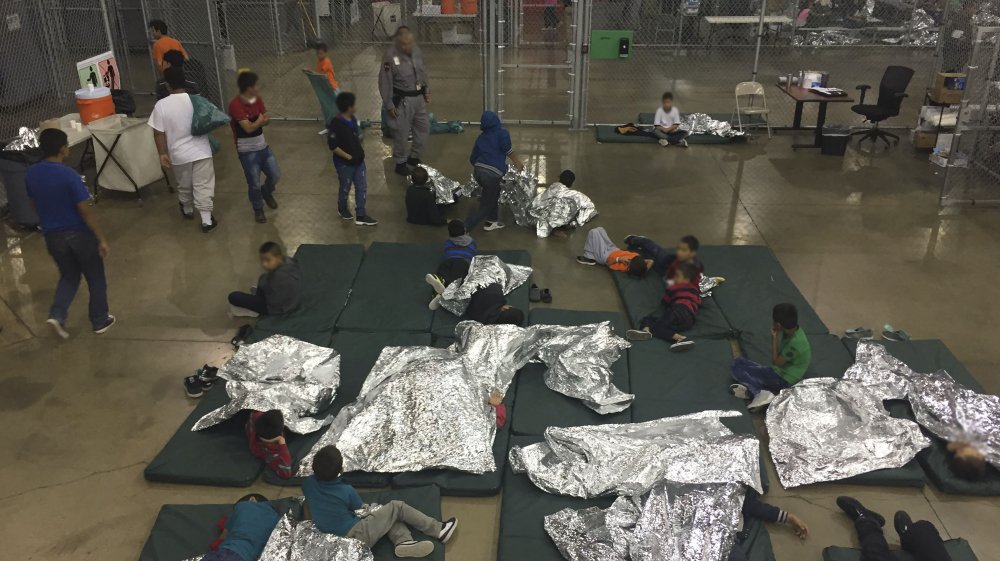 Speaking to about 200 people, which included many refugees, migrants and other marginalised people, the Pontiff made special mention of “migrants and refugees who continue to knock at the door of nations that enjoy greater prosperity.”

Five years ago, during my visit to Lampedusa, recalling the victims lost at sea, I repeated that timeless appeal to human responsibility: ‘Where is your brother?  His blood cries out to me’, says the Lord. ”

Today’s Gospel acclamation contains Jesus’ invitation: ‘Come to me, all who labour and are heavy laden, and I will give you rest.’  The Lord promises refreshment and freedom to all the oppressed of our world, but he needs us to fulfil his promise. He needs our eyes to see the needs of our brothers and sisters. He needs our hands to offer them help. He needs our voice to protest the injustices committed thanks to the silence, often complicit, of so many.” 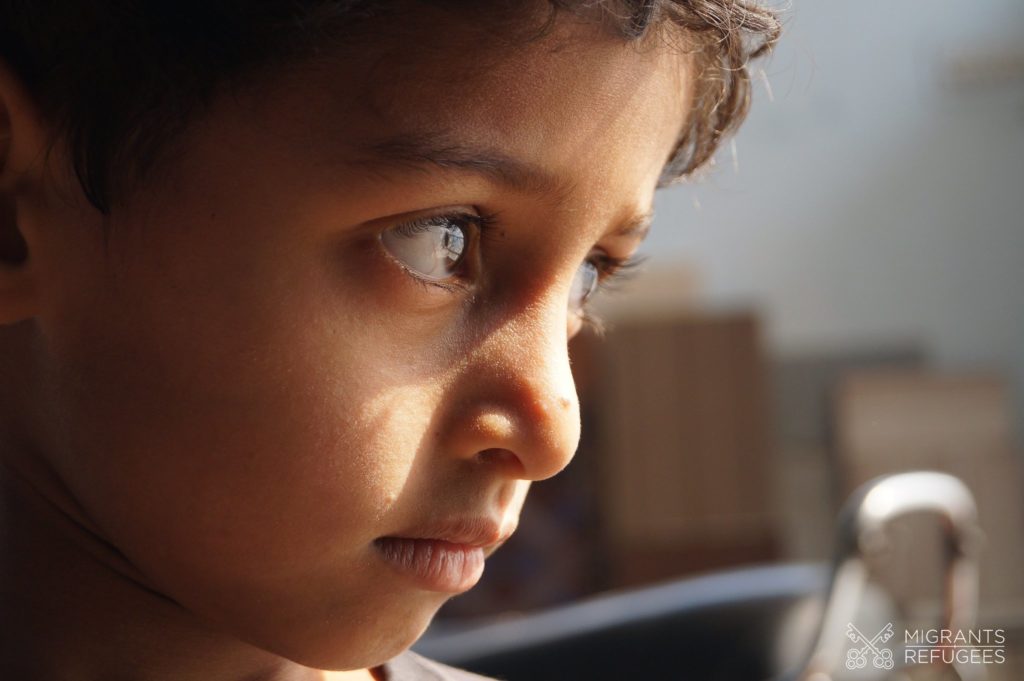 A just policy is one at the service of the person

In reality, the Pope explained, “I should really speak of many silences: the silence of common sense; the silence that thinks, “it’s always been done this way”; the silence of “us” as opposed to “you”. Above all, the Lord needs our hearts to show his merciful love towards the least, the outcast, the abandoned, the marginalized.”

He concluded by pointing out that “before the challenges of contemporary movements of migration, the only reasonable response is one of solidarity and mercy. A response less concerned with calculations, than with the need for an equitable distribution of responsibilities, an honest and sincere assessment of the alternatives and a prudent management.”

A just policy is one at the service of the person, of every person involved; a policy that provides for solutions that can ensure security, respect for the rights and dignity of all; a policy concerned for the good of one’s own country, while taking into account that of others in an ever more interconnected world,” he concluded.

“Refugees are the living flesh of Christ that suffers and is the visible image of the invisible God,” said Francis.

The Schoenstatt Movement, whose founder spent 14 years of his life a a migrant, should listen carefully and joyfully to Pope Francis’ message during this Fr. Kentenich Year.

Homily of Pope Francis at the Mass for Migrants 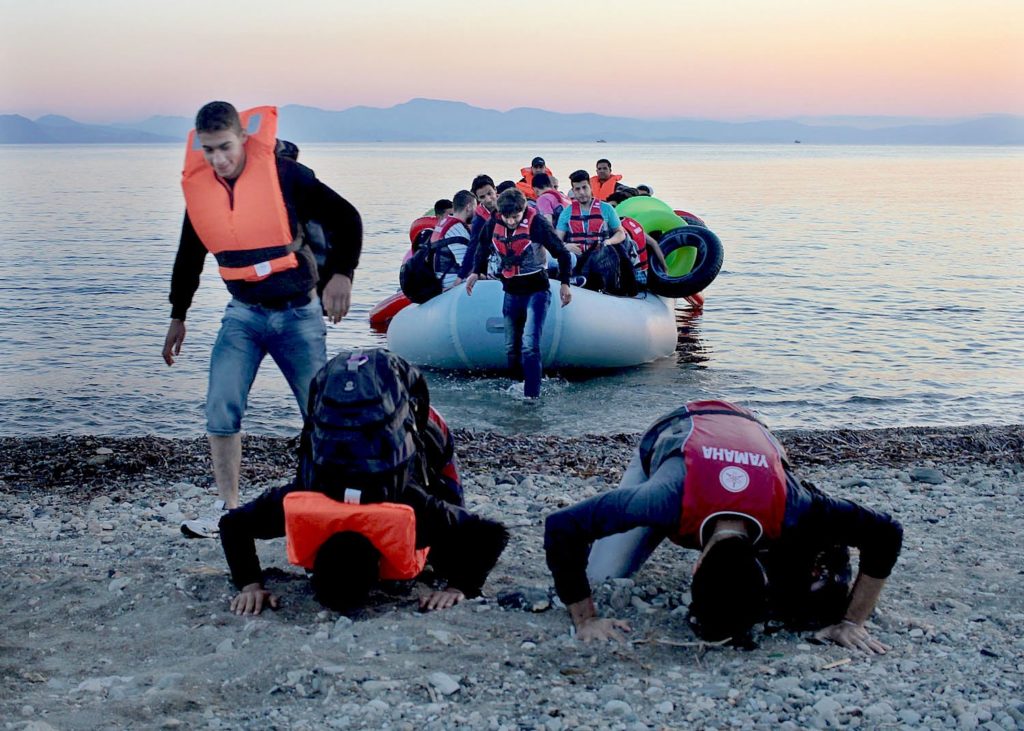