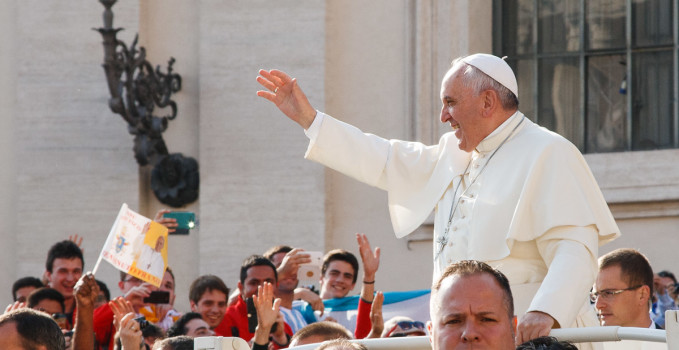 Those who believe they are good, also need mercy

“I remember once when we really saw that we often lack the ability to open ourselves up to grace and to the divine meaning of forgiveness and mercy,” explained Stella and Victor Dominguez a short while ago at a presentation to the pastoral ministers of the Archdiocese of Asunción. “Someone came up to us as we were starting the Pastoral of Hope and told us that what we were proposing was very unfair: a pastoral project for divorced people in a new union! Why were we giving a space to these people who broke their sacramental union? When instead, we should be working to make recommendations to the Church on how to “defend marriage” and that we should be fighting to save marriages. And that it was a “waste” to give our time to the divorced. This pastoral project, he said, has a contradictory message: “it’s like inviting young people who are not happy in their marriage to separate and find someone new who makes them happier, and then we say: come here where we will have a place for you.”

Our human mentality is the same as that of the Parable of the Prodigal Son. It is the same rationalist complaint that comes from the heart of the older son: on arriving home he hears the music and realizes there is a party because his younger son has returned, and so he becomes indignant and complains: “Father, I’ve served you for so many years, and you’ve never so much as given me a goat to celebrate with my friends. Now this son of yours who squandered his inheritance with prostitutes, you kill fattened calf and have a party!” This is the same indignation of the person who complained that we were dedicating time to divorced people!”

In his catechesis during the general audience on Wednesday 11 May, Pope Francis spoke about the “older son” in the parable of the Merciful Father to show that we all need mercy and that sometimes it is harder for those who feel that they are without sin and guilt, than for “those people…”

Today this audience is taking place in two locations: as there was the risk of rain, the sick are in the Paul VI Hall and following us on the maxi screen; two places but one audience. Let’s greet the sick in the Paul VI Hall. We will reflect today on the Parable of the Merciful Father. It tells of a father and his two sons, and it helps us understand the infinite mercy of God.

We shall begin at the end, that is, the joy in the heart of the father, who says: “let us eat and make merry; for this my son was dead, and is alive again; he was lost, and is found” (Lk 15:23-24). With these words the father interrupted the younger son just when he was confessing his guilt: “I am no longer worthy to be called your son…” (v. 19). But this expression is unbearable to the heart of the father, who is quick to restore the signs of dignity to the son: the best robe, the fatted calf, shoes. Jesus does not describe a father who is offended and resentful, a father who would, for example, say to his son: “you will pay for this”. On the contrary, the father embraces him, awaits him with love. The only thing that the father has on his mind is that his son stands before him healthy and safe and this makes him happy and he celebrates. The reception of the prodigal son is described in a moving way: “while he was yet at a distance, his father saw him and had compassion, and ran and embraced him and kissed him” (v. 20).

What tenderness! He sees him at a distance: what does this mean? That the father had constantly gone to the balcony to look at the road to see if his son would return; that son who had misbehaved in many ways found the father there waiting for him. How beautiful is the father’s tenderness! The father’s mercy is overflowing, unconditional, and shows itself even before the son speaks. Certainly, the son knows he erred and acknowledges it: “I have sinned… treat me as one of your hired servants” (vv. 18-19). These words crumble before the father’s forgiveness. The embrace and the kiss of his father makes him understand that he was always considered a son, in spite of everything. This teaching of Jesus is very important: our condition as children of God is the fruit of the love of the Father’s heart; it does not depend on our merits or on our actions, and thus no one can take it away, not even the devil! No one can take this dignity away.

Jesus’ words encourage us never to despair. I think of the worried moms and dads watching their children move away, taking dangerous paths. I think of the parish priests and catechists who wonder at times if their work is in vain. But I also think of the person in prison, who feels his life is over. I think of those who have made mistakes and cannot manage to envision the future, of those who hunger for mercy and forgiveness and believe they don’t deserve it…. In any situation of life, I must not forget that I will never cease to be a child of God, to be a son of the Father who loves me and awaits my return. Even in the worst situation of life, God waits for me, God wants to embrace me, God expects me.

In the parable there is another son, the older one; he too needs to discover the mercy of the father. He always stayed at home, but he is so different from the father! His words lack tenderness: “Lo, these many years I have served you, and I never disobeyed your command… But when this son of yours came…” (vv. 29-30). We see the contempt: he never says “father”, never says “brother”, he thinks only about himself. He boasts of having always remained at his father’s side and of having served him; yet, he never lived this closeness with joy. And now he accuses the father of never having given him so much as a kid to feast on. The poor father! One son went away, and the other was never close to him! The suffering of the father is like the suffering of God, the suffering of Jesus when we distance ourselves from him, either because we go far away or because we are nearby without being close.

The elder son needs mercy too. The righteous, those who believe they are righteous, are also in need of mercy. This son represents us when we wonder whether it is worth all the trouble if we get nothing in return. Jesus reminds us that one does not stay in the house of the Father for a reward but because one has the dignity of being children who share responsibility. There is no “bargaining” with God, but rather following in the footsteps of Jesus who gave himself on the Cross without measure.

“Son, you are always with me, and all that is mine is yours. It was fitting to make merry and be glad” (vv. 31-32). The father speaks like this to the older son. His logic is that of mercy! The younger son thought he deserved punishment for his sins, the elder son was waiting for a recompense for his service. The two brothers don’t speak to one another, they live in different ways, but they both reason according to a logic that is foreign to Jesus: if you do good, you get a prize; if you do evil you are punished. This is not Jesus’ logic, it’s not! This logic is reversed by the words of the father: “It was fitting to make merry and be glad, for this your brother was dead, and is alive; he was lost, and is found” (v. 32). The father recovered a lost son, and now he can also give him back to his brother! Without the younger, the elder son ceases to be a “brother”. The greatest joy for the father is to see his children recognize one another as brothers.

The sons can decide whether to join in the joy of the father or to reject it. They must ask themselves what they really want and what their vision is for their life. The parable is left open-ended: we do not know what the older son decided to do. And this is an incentive for us. This Gospel passage teaches us that we all need to enter the House of the Father and to share in his joy, in his feast of mercy and of brotherhood. Brothers and sisters, let us open our hearts, in order to be “merciful like the Father”!