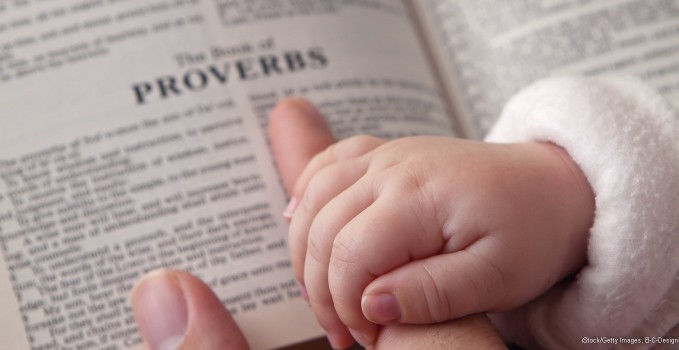 God’s mercy in the Bible

On 13 January, Pope Francis presided over the General Audience in Paul VI Hall, beginning a catechetical series on God’s mercy in the Bible and he reflected on the passage from Exodus: “the Lord, the compassionate and gracious God, slow to anger, abounding in love and faithfulness.”

For the Schoenstatt Family, this is an opportunity to reflect on the “coincidence” of the 50th anniversary of Fr. Kentenich’s 13 December 1965, “letter of mercy” and his covenant with God the Father, the Father of Mercy, which he sealed on 30 December 1966. Coincidences? Gifts that can be translated as a task? Called to deepen what mercy is (and isn’t) according to Kentenich, according to Francis, according to Jesus? Called to understand the meaning of “Schoenstatt that reaches out” based on works of mercy?

At the end of the catechesis, the Holy Father invited everyone to pray for the victims of the terrorist attack in Istanbul: “May the Lord, the All Merciful, grant eternal peace to the victims, comfort to their families, steadfast solidarity to society as a whole, and convert the hearts of the aggressors.”

Today we shall begin the catecheses on mercy according to the biblical perspective, in order to learn mercy by listening to what God himself teaches us through his Word. We shall start with the Old Testament, which prepares us and leads us to the full revelation of Jesus Christ, in whom the mercy of the Father is fully revealed.

In Sacred Scripture, the Lord is presented as a “merciful God”. This is his name, through which he unveils, so to speak, his face and his heart to us. As the Book of Exodus recounts, on revealing himself to Moses he defined himself in this way: “the Lord, a God merciful and gracious, slow to anger, and abounding in steadfast love and faithfulness” (34:6). We also find this formula in other texts, with certain variations, but the emphasis is always placed on mercy and on the love of God who never tires of forgiving (cf. Gen 4:2; Joel 2:13; Ps 86 [85]: 15, 103 [102]: 8, 145[144]:8; Neh 9:17). Together let us consider, one by one, these words of Sacred Scripture which speak to us about God.

The Lord is “merciful”: this word evokes a tender approach like that of a mother toward her child. Indeed, the Hebrew term used in the Bible evokes the viscera or even the maternal womb. Therefore, the image it suggests is that of a God who is moved and who softens for us like a mother when she takes her child in her arms, wanting only to love, protect, help, ready to give everything, even herself. This is the image that this term evokes. A love, therefore, which can be defined in the best sense as “visceral”.

Then it is written that the Lord is “gracious”, in the sense of having grace, he has compassion and, in his greatness, he bends down to those who are weak and poor, ever ready to welcome, to understand, to forgive. He is like the father in the parable recounted in the Gospel of Luke (cf. Lk 15:11-32): a father who does not withdraw in resentment at the younger son for having forsaken him, but on the contrary, he continues to await him — he begot him — and then he runs to meet him and embraces him. He does not even let him explain — as though he had covered his mouth — so great is his love and joy at having found him again. Then the father also goes to call the older son who is offended and does not want to join in the celebration, the son who always stayed home and who lived more as a servant than as a son. To him too, the father bends down, invites him to enter, tries to open his heart to love, so that no one is excluded from the celebration of mercy. Mercy is a celebration!

It is also said of this merciful God that he is “slow to anger”, literally, “of great breadth”, that is, having a broad capacity of forbearance and patience. God knows how to wait, his time is not the impatient one of man; he is like the wise farmer who knows how to wait, allowing time for the good seed to grow, in spite of the weeds (cf. Mt 13:24-30).

Lastly, the Lord proclaims himself “abounding in steadfast love and faithfulness”. How beautiful this definition of God is! It is all-encompassing. For God is great and powerful, and this greatness and power are used to love us, who are so small, so incompetent. The word “love”, used here, indicates affection, grace, goodness. It is not soap opera love…. It is love which takes the first step, which does not depend on human merit but on immense gratuitousness. It is divine solicitude that nothing can impede, not even sin, because it is able to go beyond sin, to overcome evil and forgive it.

Abounding in “faithfulness”: this is the final word of God’s revelation to Moses. God’s faithfulness never fails, because the Lord is the guardian who, as the Psalm says, never slumbers but keeps constant vigil over us in order to lead us to life: “May he not suffer your foot to slip; may he slumber not who guards you: Indeed he neither slumbers nor sleeps, the guardian of Israel…. The Lord will guard you from all evil; he will guard your life. The Lord will guard your coming and your going, both now and forever” (Ps 121[120]:3-4, 7-8).

This merciful God is faithful in his mercy and St Paul says something beautiful: if you are not faithful to him, he will remain faithful, for he cannot deny himself. Faithfulness in mercy is the very being of God. For this reason God is totally and always trustworthy. A solid and steadfast presence. This is the assurance of our faith. Thus, in this Jubilee of Mercy, let us entrust ourselves to him totally, and experience the joy of being loved by this “God who is merciful and gracious, slow to anger and abounding in love and faithfulness”.

Before concluding our meeting, in which we have reflected together on the Mercy of God, I encourage you to pray for the victims of the attack that occurred yesterday in Istanbul. May the Lord, the All Merciful, grant eternal peace to the victims, comfort to their families, steadfast solidarity to society as a whole, and convert the hearts of the aggressors.

I greet the English-speaking pilgrims and visitors taking part in today’s Audience, including the pilgrimage groups from Ireland, Finland and the United States of America. With prayerful good wishes that the Church’s celebration of the Jubilee of Mercy will be a moment of grace and spiritual renewal for all, I invoke upon you and your families an abundance of joy and peace in the Lord. God bless you all!