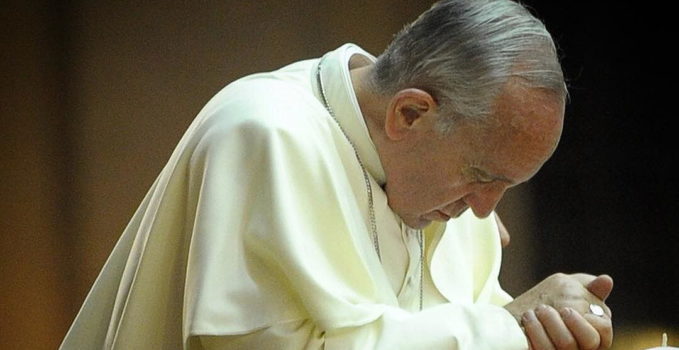 Posted On 2017-01-14 In Covenant solidarity with Francis, Francis - Initiatives and Gestures

POPE FRANCIS – By Philip Kosloski, via Aleteia, and Maria Fischer

Already from the beginning of his papacy, Pope Francis has demonstrated care and special attention toward humanity’s many challenges and has emphasized, on frequent occasions, his desire to create a “culture of encounter.”  This year, to deepen his cause, Pope Francis has changed the form in which he selects his monthly prayer intentions that he entrusts to the Pope’s World Web of Prayer (previously known as the Apostolate of Prayer).

Since 1928, the corresponding Pope has selected two prayer intentions for each month, one referred to as a “universal” intention and the other as an intention “for evangelization.”  Both intentions have been aimed at highlighting certain needs and present challenges throughout the world and to expose Catholics’ horizons toward the problems of other members of the Church.

The process for selection of the monthly prayer intentions is, in general, very extensive.  With two years of anticipation, Vatican Congregations, bishops and other faithful send their proposals to the International Director of the Pope’s World Web of Prayer.  These proposals (often hundreds) are then presented to the Holy Father who meditates on them and chooses those he prefers appropriate for the world to pray.  After the Pope approves the intentions, they are translated into various languages and are disseminated through all possible channels of communication.

Since it concerns a very long process, the prayer intentions are normally very general and are not centered on present happenings that occur at the proposed moment.  In view of this gap and with his will to promote a “culture of encounter,” Pope Francis has decided to choose with anticipation only one prayer intention and then, at the beginning of each month, choose an “urgent” prayer intention that is connected to present developing circumstances in the world.

Pope Francis will announce, as a rule, this intention during the first Sunday of the month’s Angelus, when he will call the world to pray for a present situation that is in the greatest need of prayer (this month, he will announce the special intention on Sunday, January 8, 2017).

The recent advances in communication and modern social media are the major reason for this change since the information can be transmitted throughout the world instantly.  In addition to publishing this new intention on websites and social media, the Pope’s World Web of Prayer will take advantage of his new digital platform that was launched last year, the application Click to Pray.

Click to Pray is the official platform of prayer for humanity’s greatest challenges and the mission of the Church.  At the present time, it has a count of more than 310,000 users throughout the world and is available in Portuguese, Spanish, French and English.  In 2017, versions of the app will be ready in German, Italian and Chinese.

The Pope’s World Web of Prayer will continue producing a “the Pope Video” each month, but due to the need of time for production, the Video of the Pope will remain centered on one prayer intention already selected.

Most assuredly Pope Francis trusts that the world will be capable of changing from a “culture of indifference” to a “culture of encounter,” where we do not remain apathetic to the suffering of one’s neighbor, but that we discover new forms of prayer and actively helping to heal this suffering.  Pope Francis considers these monthly prayer intentions as broad thoroughfares that will contribute to bring this change, mobilizing the world to pray for situations that need it most.

The urgent intention for the month of January 2017

That in these days of such great cold that we think of all the people living on the streets, affected by the cold and by the indifference of others. We pray for them and ask the Lord to warm the hearts of others to help them.” 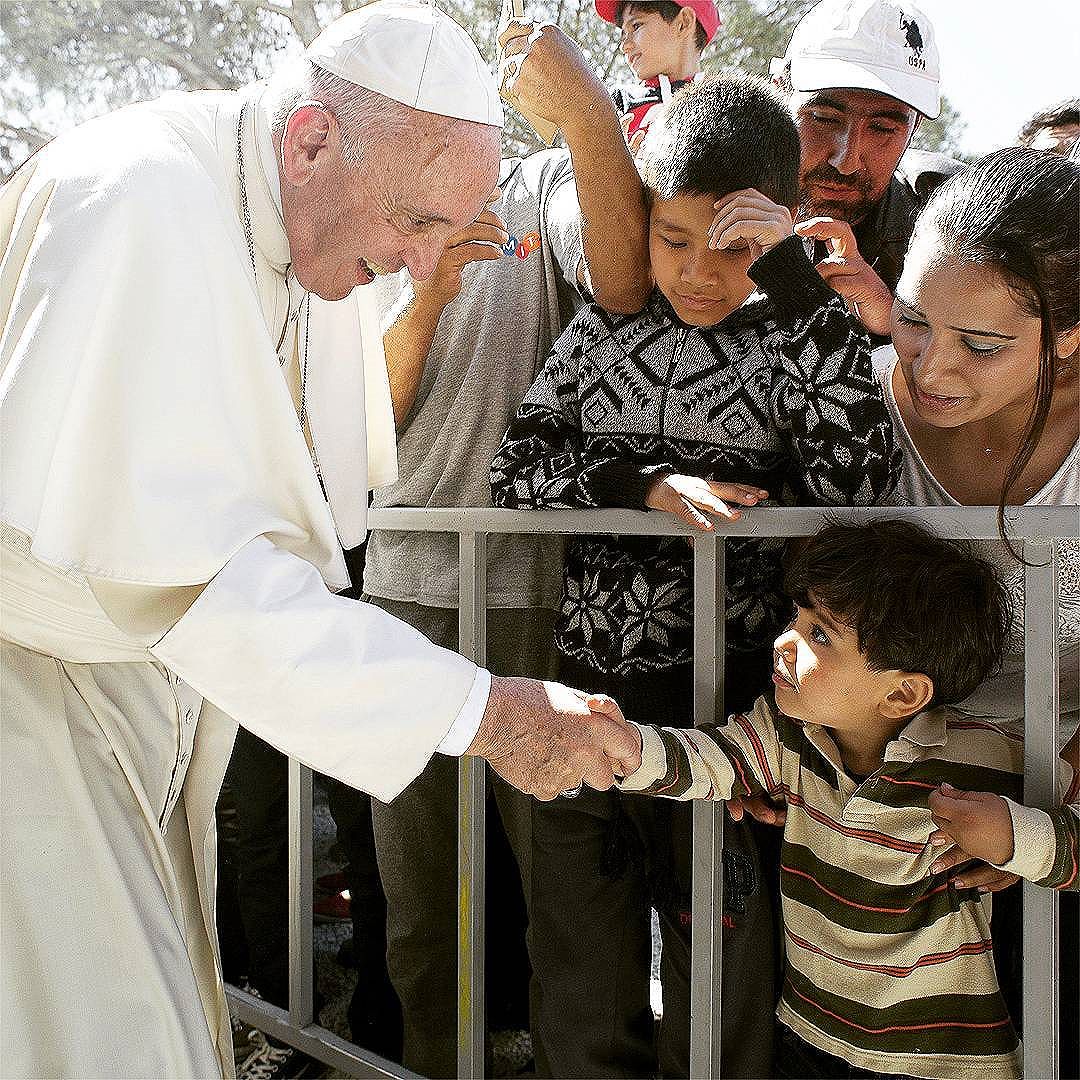 We make it our own, from Covenant in solidarity with Francis and what is particular to our charism

This news is the topic of a brief meeting via WhatsApp for the editorial staff of schoenstatt.org.  “It seems excellent to me, and if in addition, we give it something of our charism, better still.  A culture of encounter is Covenant Culture.  Therefore not only praying for these intentions but making our contributions to the Treasury of Grace, which we can take through some ‘guardian angel’ to the Original Shrine,” was Fr. José María García’s response, who “had the upper hand” over the others.  “If we could count on someone to take it to the Original Shrine, that is genius.  The other is that we could commit ourselves among ourselves monthly, to take them to our daughter shrines.”  “That is perfect. In Covenant solidarity with the Pope in grayer,” added Juan Zaforas.

Truly it is something very “schoenstatt.org-anic,” we recall amongst ourselves.  The Covenant in Solidarity has, in part, its roots in taking to the Original Shrine and also taking the entire Schoenstatt Family’s prayer (or better put… all of those connected to schoenstatt.org), the jubilees, joys, pains, sufferings of Schoenstatt in the world’s different countries, and not just Schoenstatt, but of all those who we feel are family.  “We are all Haiti, Chile, Cuba…,” in prayer, donation, Treasury of Grace, but also all of those we feel are part of moments of grace like the blessings of new Shrines, or of all of us who gather in prayer and in offering to the Treasury of Grace through the Mary’s Crusade, through the Family Missions…

We now unite in Covenant Solidarity monthly, with the urgent intentions or present intentions of the Church expressed by Pope Francis, with contributions to the Treasury of Grace that will be taken monthly to the Original Shrine (we will find someone who will take them, just as always there are those who take the letters to the MTA) and to the Daughter Shrines.  We can already count on Madrid.  We expect a response from more Daughter Shrines so that this initiative can be multiplied throughout the International Family. 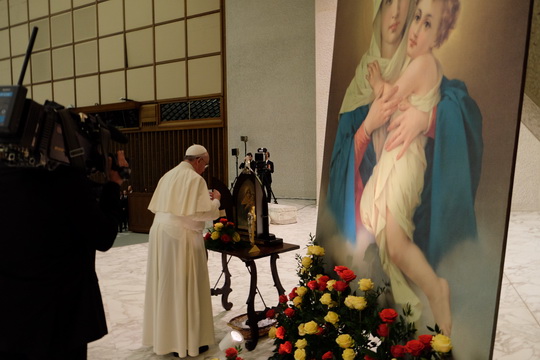