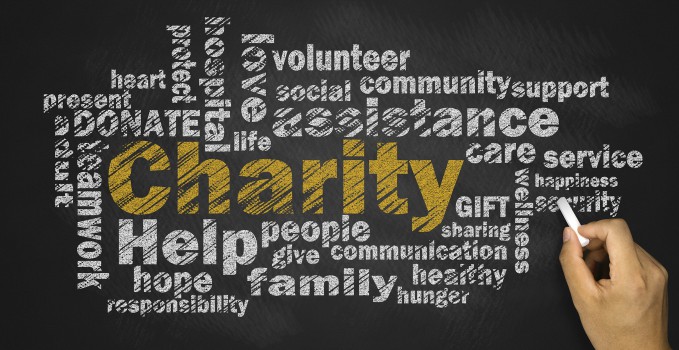 Pope raffles gifts to raise funds for refugees and the “homeless’

by Maria Fischer, with material from several agencies •

“Do like the Pope, raise funds for the poor and for works at the service of others,” a German Schoenstatter commented during a dialogue about what to do for works of mercy during the Year of Mercy, not having time or a “concrete call from the periphery” in their surroundings. He is right, to give alms indirectly is a work of mercy, and furthermore, one of the very few, concrete works of apostolate mentioned in the statutes of the Schoenstatt Apostolic League, in 1920. The current and even more efficient version of giving alms is to raise funds to help the poor or to support works at the service of others.

It is worth thinking about the countless raffles, lotteries, fairs done for this, the endless handicrafts, sweets, cakes made by so many Schoenstatters to sell…And it is true , every article on schoenstatt.org asking for donations for Dequeni, for the Original Shrine, for the prison ministry, for Belmonte, for Mary’s Home, the One Hundred Houses of Solidarity…is a potential work of mercy, waiting to be translated into reality through the generosity of some or many. It can be done! Pope Francis gives us such a clear as well as creative example.

The Vatican has again placed Papal lottery tickets on sale, in which some of the gifts that the Pope has received will be raffled off, and the proceeds will go to help refugees and the homeless.

In a press release, on 8 January 2016, the Governance of the Holy See announced the drawing of the third edition of the “Charity Lottery for the Holy Father’s works of charity” on the 2 February 2016. The objective is to raise funds for the neediest and the “homeless”. Each ticket costs ten Euros and they can be obtained until 1 February at different places in Vatican City, like the pharmacy, the Post Office, or Museum shops.

They can also be bought from a distance through a money order to the Coordination of Events of the Governance of the Holy See. The Pope’s wish is that the proceeds from the “generosity of the participants’ go to refugees and to the “homeless.”

The Head of the Office of Papal Charities, Diego Ravelli, explained that the prizes “are gifts that the Pope has received, which he wishes to donate.” Among the objects that will be raffled off are: a utility vehicle, a watch, two bicycles, a table clock, a silver ballpoint pen, a leather bag, a stopwatch, a leather suitcase, a handmade rug, a ceramic centerpiece and an electric coffee maker.