The Message of our Holy Father to an Ecclesial Movement of Renewal in a Moment of Grace: The Book of the Audience is Here! 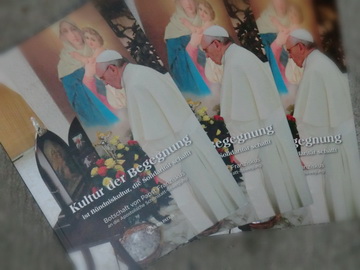 mda. “Distribute the book of the audience”. Maria Paz Leiva, Madrid, wrote those words on her card on “the next practical steps” during the planning meeting of Schoenstatt.org. She can do it, because the Spanish edition is ready, printed and can be distributed. At just the right moment after the Spanish Catholic newsportal, CAMINEO, publicised an announcement on this little book. A thousand extra copies of the Spanish edition will be printed in Argentina so that the delivery there and in its neighbouring countries can happen more quickly. The first hundred books with the text “the message of our Holy Father to an ecclesial movement of renewal in a moment of grace” (Foreword) in Italian are on the way to Rome, and since this week the German edition can be ordered online. 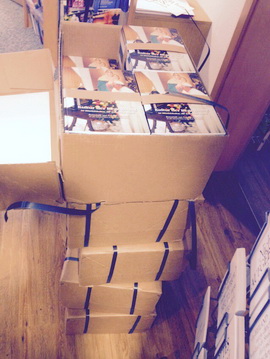 The Schoenstatt Centre in Memholz, Germany, has taken on the printing and distribution of the German edition of the book. On Monday, 26 January five heavy parcels were delivered. The first purchaser was Sr M. Irmentraude. She arrived at that moment at the reception office, looked into the parcel briefly, and without hesitation took one. “Even with old eyes you can read it easily.” “It is a very beautiful book which you will enjoy having in hand”, Gertrud Jehle wrote in the Whatsapp Chat of the Memholz Conference., and a few minutes later Johannes Höfle, a member of the Schoenstatt Young Men’s Movement, answered, “One for me, please!”

Ursula S also didn’t want to wait until the book was put on sale in her nearby Schoenstatt Centre, and immediately ordered 20 copies for her Mothers’ Group, but also “for colleagues in the parish, and friends, because the Pope is addressing subjects that are not only of interest and importance to us Schoenstatters.” On 31 January the parcel from Memholz arrived. “I have immediately given away the first two copies, one of them to my confessor. It really looks lovely.” Fr Egon M. Zillekens is looking forward to find out whether the copies in Spanish, English and Portuguese, which he ordered from Chile, will arrive before the German edition. “I need them here in the Marienau for our international guests”, he remarked.

Despite the summer holidays in Chile … 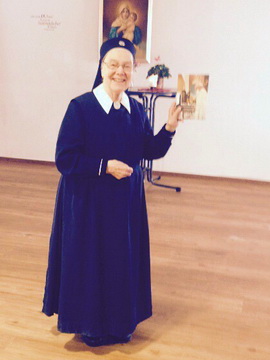 On account of the summer holidays that are just starting in Chile the printing and distribution of the first Spanish, Italian, English and Portuguese copies was a race against the clock – and succeeded! On 30 January the newsletter from Nueva Patris announced the completion of the book on the audience, and they were obviously proud of the fact that it was now available in five languages. In all probability a sixth will be added, because all the preparations for it were made during the meeting of the French Schoenstatt Family on 18 January in Cambrai.

The books can be ordered in all the languages from
www.patris.cl
(or by email):
[email protected].

A reason to visit Belmonte

There is someone else who can be happy: The idea to give the new Rector of Belmonte a starting capital of audience books – each time in the language of the donor – so that he can give them to visitors and guests, bishops, co-workers and friends from the movements. Although it has only been available for a few hours, he has already recieved donations for 27 books. In German.

Melanie Grauert from Switzerland remarked, “I could give him one and then visit Belmonte so that the new Rector can give it to me!” Perhaps that isn’t the shortest and simplest way to get an audience book – but it’s a good idea!