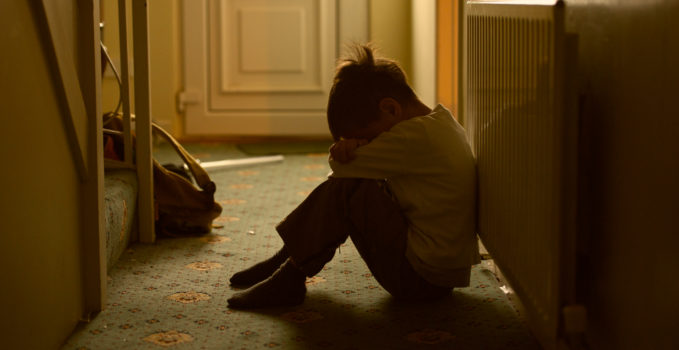 What response can we give to the abuse scandal?

I read the news and was horrified. Not again. Boston in 2002. The mass resignation of the Chilean bishops earlier this year after they admitted to covering up cases of abuse. The many reports of the years in Irish institutions, a possible case in a parish I once belonged to but we never found out if or how it was resolved, the story of a friend who didn’t know how to deal with the brokenness of her spouse who revealed to her after their marriage that he had been abused at a Catholic school by a Brother. And now…this. When is it going to stop?

Torn between sadness and a desire to do something

A Jesuit friend of mine said that in light of the sheer extent of the latest findings, he has no words and all he can do is hold the pain of the victims.

As a Catholic lay person, I am angry. I am angry at the men who did such despicable things to innocent children, and to avoid trouble for themselves even forced victims to have abortions, destroying even more lives. I am angry at the bishops and other clergy in these dioceses who did a lot, not the to help the victims, but to protect their colleagues and avoid scandal. They moved priests to other places, or sent them to places of rest or quietly removed them from ministry. I am even more angry at the bishops who went out of their way to discredit the victims who were brave enough to come forward and report the abuse.

I am angry. But what do I do with that anger?

One part of me just wants to mourn in silence; to pray for the victims and hope that they will find justice, healing and peace. But I also feel a kind of compassion for the priests who did these terrible things because something inside of them was also broken and they didn’t have the courage to seek help and healing before perpetuating their own hurt onto innocent victims. I am already doing reparation through prayer and acts in penance for the evil they committed.

Another part of me wants to do something. I don’t want to feel helpless and watch these stories play out time and again for God knows how long.

Responsibility to be rightly informed even if it makes us uncomfortable

I have started by reading the 900-page report. I want to be fully informed about the findings of the case, not matter how hurtful it is.

I spent the weekend reading a variety of articles that try to explain how this could have happened. Some articles were sober assessments of practices that enabled abuse on this scale. But there were also articles that resorted to scapegoating, such as one article that blamed homosexual priests for the crisis and called for them to be barred from the priesthood. I also had conversations with Catholic friends living in the United States, for whom this latest scandal is very close to home, and where some of them even knew the priests who were named in the report.

And I realized that together with the news, there is a lot of claims, counterclaims, denial, blaming tactics and hearsay.

This left me feeling overwhelmed. It is hard to know what to believe and what not to believe. But it is a path that we need to pursue. Even if it makes us uncomfortable, we are called to read these reports, to share the pain.

But it is also our responsibility to deeply investigate the information we are reading and to ask ourselves? Is it true? What is the intention of the article? Is it a genuine attempt to begin to find a solution to this scandal that hurts the Body of Christ? Or does it divide us and leave us unable to fight the scourge of abuse as a united family of God?

I also have read the letter that Pope Francis sent to the people of God on 20 August to share his deep pain with the victims and to call for action, so that in the “future, no effort must be spared to create a culture able to prevent such situations from happening, but also to prevent the possibility of their being covered up and perpetuated.”

We need to do more

But it is not enough. We need to do more. We cannot wait for the institutional Church to act. If we want to see change, to protect our children and grandchildren, if want a clergy and institutions that we can trust, we also need to play our part.

In civil society, petitions and awareness campaigns have great power to effect change. We should be doing the same. The laity has a right and a duty to call on the bishops of our dioceses to develop policies that protect the vulnerable. The laity should be involved in the formation of our priests, by assisting seminaries to prepare whole, healthy religious to serve our communities. We can only do this, if we stand up and make ourselves available to be part of the solution.

What can Schoenstatt contribute?

As Schoenstatters, I believe that we can play a key role by using our formation to foster organic, whole environments. Fr. Kentenich’s teachings on organic thinking, living, and loving and a profound study of his work on the order of being are wonderful starting points. But they cannot remain at the level of theoretical ideals. They must be lived, tested, examined through real lived experiences.

We model these ideals in our covenant relationships of love with our family; we struggle with them in our weakness through our particular examen, and we show others how to do the same…the boys and girls in our youth groups, the young men in our Schoenstatt and diocesan seminarians, the young women in formation to become Sisters, and in our own families, so that we can raise healthy men and women who will build the Church and not cause her any more shame or scandal.