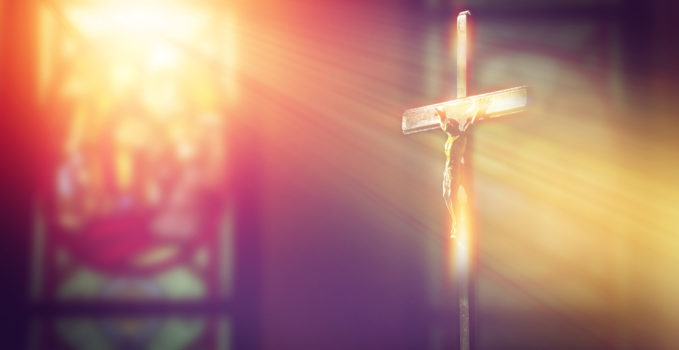 Two letters and a challenge

We share “a text to reflect on the ecclesial moment we are experiencing in light of our spirituality”, by Fr. Juan Pablo Rovegno, the Director of the Schoenstatt Movement in Chile. Given the importance of the topic and the way it has been handled, we decided, with the author’s permission, to publish it on Schoenstatt.org .

I wanted to share the content of a talk from two Family retreat days that I was asked to lead: the Family from Valle de Maria (Maipo area) last May and a recent family day in Chillán, at which I spoke about the crisis we are experiencing as a Church, which challenges and affects us too.

Two letters and a challenge

This reflection is within the context of two letters and a common challenge: the letter from our father and founder and the letter from the Holy Father, two letters that have touched their recipients. Both were written to the Church: one to the German church and the other to the Chilean church. Sixty-nine years separate the two letters but both are closely linked: the first letter allows us to understand the scope of the second and the second letter is a very concrete application of the first.

Fr. Kentenich wrote his letter in the context of the Apostolic Visitation to Schoenstatt and the observations that he saw as “particular ideas or terminologies”, especially the role of the founder of the family, his authority and father-child experiences; as well as the value of secondary causes as an expression, a path and guarantee for our encounter with God.

Behind this, and this was Fr. Kentenich’s criticism, is the mechanistic thinking that separates what should be seen and lived in unity and mutual complementarity, which “mechanically separates what is in union, divides and opposes where there are differences and polarises what is meant to mutually complement each other. It is not capable of uniting God and creature; nature and grace; attachment to Christ and attachment to Mary; faith and life; authority and obedience; person and community. This way of thinking atomizes reality and destroys vital processes “.

Mechanistic love is not capable of establishing stable personal bonds. It falls into individualism or massification, dependency or exactitude, without the capacity for a free and generous communion.

The life of the mechanistic man is an atomized life, disintegrated in its various dimensions (personal, community, social, ecclesial, cultural); it is dispersed and discontinuous.

Mechanism ends up destroying the healthy organism of attachments because of its inability to integrate, relate, unite; to understand reality, relating it and integrating it.

Its opposite is organic loving, thinking and living, giving special importance to secondary causes and the pedagogy of attachments: the person is seen and loved in his relationship with a personal God. If one loves Mary, Christ is loved in her; if one loves one’s brother, one loves God. If one loves God, this necessarily translates into love for others. But also, in the context of self-education, a fundamental pillar of our spirituality is that our wounded and disordered natures need to turn seriously to a path of healing, reconciliation and purification.

In this context, our father and founder was writing to a ritualistic and liturgical church governed by ideas and norms, where the value of the person and all natural things, the value of the secondary causes and, in short, the value of the incarnation through which all human people are a path to God, had been minimized.

Pope Francis writes his letter in the context of the abuse of authority and conscience, and the sexual abuse that we, who are consecrated, have committed. He does so in the context of the specific focus of his perspective in light of these incidents and of a crisis, especially by our ecclesiastical authorities, in the way reality is perceived and how we relate to it. Behind this is a mechanistic mentality, not only towards these concrete painful events, but also the way authority was exercised and way the consequences were measured. The totality and complexity of the problem was underestimated, leading to a partial response to the crisis.

In simple terms: firstly, the failure to take responsibility for the incidents, integrating them to the painful reality of the abuses and the dynamics that facilitated them; secondly, not taking responsibility for them within the context of a pastoral and human faith (closeness to and understanding of the abused person), and from a criminal perspective (these are crimes, not only sins), not just canonical; thirdly, placing the good name of an institution above the pain and situation of people; fourth, not examining the background of a rupture in the way in which authority is exercised and the space given to the freedom and respect for the conscience of the other; fifth, separating the legal/canonical from the consequences for the victims and society; sixth, not examining the causes and their consequences linked to disaffection, distancing, rejection and social pain towards the church; seventh, carrying on without stopping to reflect and integrate what has happened in a wider and higher context.

The way we understand and relate to reality

We could continue, but these two letters shook us because they question how we understand and relate to reality, in this case the painful reality of abuse, and the way we are responding to the challenges of our times.

The danger lies in the answer we give, because it can also be mechanistic: suppress the priesthood or reduce it strictly to the sacramental ritual, a bland and distant chaplain, a good employee; take all the security measures and feel calm and safe that we have good protocols; take responsibility, even offer compensation to fix the hurt caused and believe that the problem has been solved … If we do this, we are only looking at half of the process, reducing reality to separate incidents, because at the heart of the problem is a way of understanding and exercising authority, of integrating and healing emotions, of understanding religion as more than behaviour or the observance of rites or norms, understanding the questions and contradictions of the human search for meaning as opportunities for God to enlighten and direct; as well as the value of freedom and personal conscience.

Is this not the same as what is happening in so many areas of society in which we live?

In that sense, the mission of the 31st of May is more relevant than ever:

Our mission is more relevant than ever, because it occurs within the context of a very deep social and ecclesial crisis. It is about emphasising some dimensions that allow us to accompany this process from within, giving us an opportunity to complement it with our environment, reviewing our structures and dynamics (the crisis is not distant from us but we also don’t have a formulaic answer for it), and creating dialogue with this reality in a creative and complementary way.

This crisis also affects and hurts us directly as a community of priests, for the times when the exercise of authority caused hurt to real people, through abuse as well as by omission or through weak or erratic behaviour. We can say, with pain and humility, that we can only accompany the ecclesial process that has now begun, if we take responsibility for ourselves and act in solidarity with a wounded church and society.

An aspect that merits a separate paragraph and should not be hidden in the definition of a simple church, is that of a church that is merciful in its miseries, so that it can legitimately bear mercy for humanity. The Holy Father made this statement explicitly when he spoke about consecrated life at the Santiago cathedral, and which he took up personally in the events that followed.

And the challenge … to love the church in these circumstances. This does not mean justifying the unjustifiable, defending the indefensible, relativizing what is evident. Instead it is about renewing our faith in the Church of Jesus Christ and to follow the necessary path of discernment, conversion and renewal together. To love the Church means, in this context, to actively collaborate in this process.

It would be worthwhile to revisit the timeliness of the selected texts from “Joseph Kentenich’s View of a Renewed Church” (by Peter Wolf).