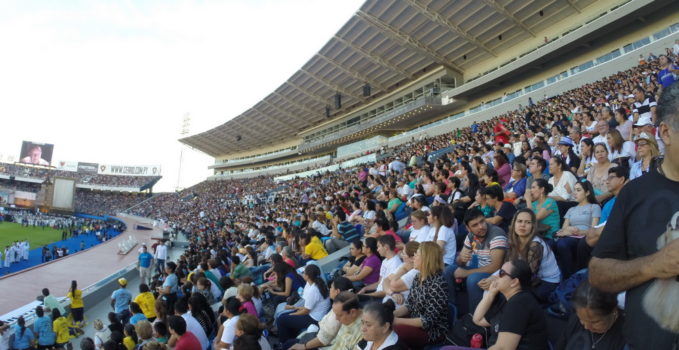 “An experience beyond coordinating buses”

Everything began at one of the CAF (Family Council) meetings where the idea emerged to have buses that would leave from the Shrine to participate in Chiquitunga’s Beatification. The idea “Schoenstatt for the Church” prevailed in our hearts, and the desire to experience a piece of heaven with the Family encouraged us take such an initiative. —

The Mothers’ Branch and the University Girls’ Youth organizations took up the task. Both were surprised to have a large number of registrations, thus several buses, seven to be exact! From the beginning, the experience exceeded all expectations through unexpected situations.

When the great day arrived, we left from the Shrine at approximately 1:30 pm.  Each bus had a person in charge that gave out water and cookies to their passengers so to help withstand the day. 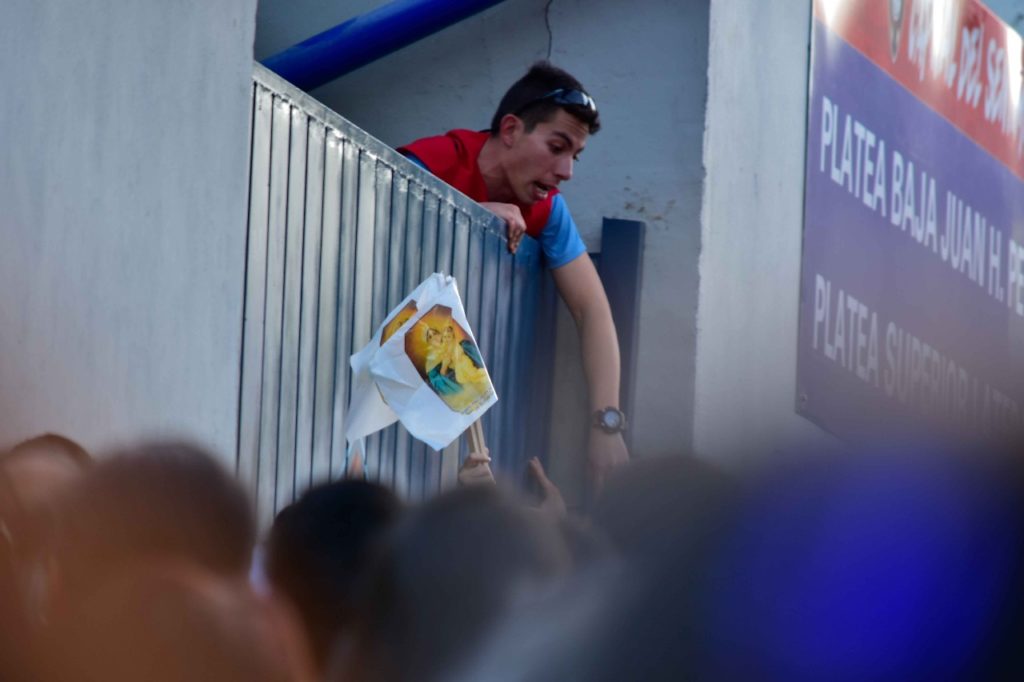 And then the constant change of plans began

The adventure began when we were unable to arrive at the agreed meeting place (Perpetual Help Church) with the people who were on the buses and the people going on their own. The streets were totally jammed. And that was when the constant change of plans began. We had to descend from the buses at a place very far away, and we met the rest of the Family at an area closer to the stadium, where the beatification ceremony would be held.

We arrived at our meeting site, and upon seeing the Schoenstatt flags and the Blessed Mother’s pennants while waiting to enter altogether as a family, there was great joy. We walked to the gate, we encountered a line a mile long with thousands of people, and we heard rumors that the section was already full, and there was no way humanly possible that we could enter. We tried hard, we prayed, and we struggled to enter, but it didn’t seem much use. We had the idea of resigning ourselves and going to the site where a gigantic screen had been installed to transmit the ceremony. Moving toward that area, something unexpected happened. She, the Blessed Mother, our loyal Ally, the one who opens roads, and in this case gates, took perfect care. A gate to the south bleachers opened, a section not planned for use, however the organizers had to do it on the fly because of the myriads of people pressing to enter the stadium. 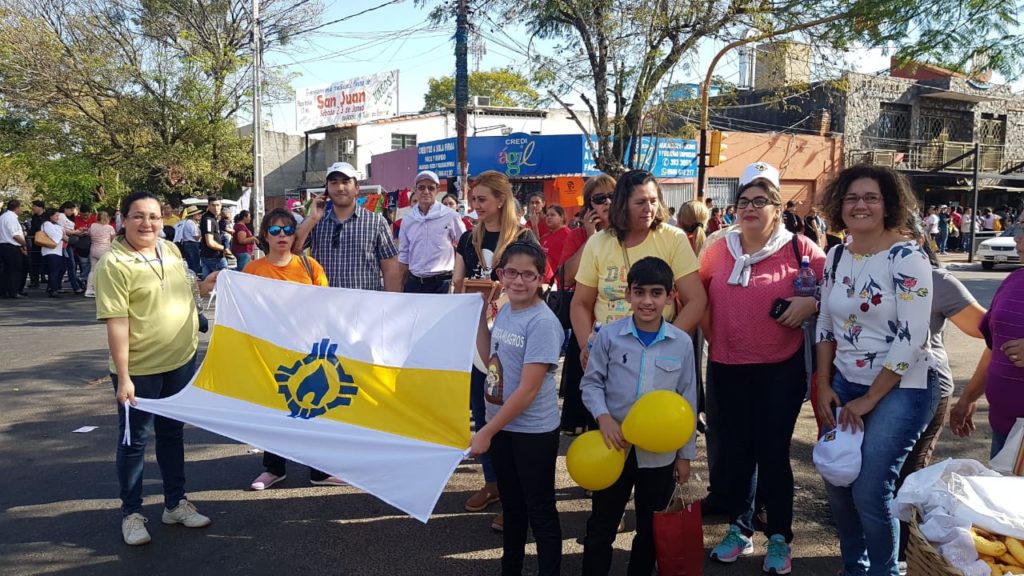 We entered as if it was the chance of a lifetime; there was a sea of people pushing to find a little corner of that area to enjoy the ceremony.

That afternoon we verified once again that the Paraguayan people are exceedingly Catholic and everyone united as a Church to celebrate the gift of the beatification of our beloved and admirable Chiquitunga.

We got in; we accomplished something that seemed impossible for a moment. Once there, we just had to enjoy the spectacular choir as they sang, the altarpiece that was really a work of art, and Chiquitunga’s story that was shown before the ceremony. The readings, the homily, and the joy of seeing the packed stadium celebrating a life, a soul, a heart, a person who gave everything for Jesus, who loved him to the innermost part of the body. One, who I dare to say, is a real SAINT.

This experience was much more than coordinating buses. It was to experience, an afternoon that what was impossible for man was possible for God and the Blessed Mother, that trust rubbed shoulders with the miracle, “Nothing without you, Nothing without me.” All the effort was worthwhile and the joy of sharing such a celebration as a family was priceless. “All for Schoenstatt. Schoenstatt for the Church. The Church for the Most Holy Trinity” we experienced Fr. Kentenich’s words. 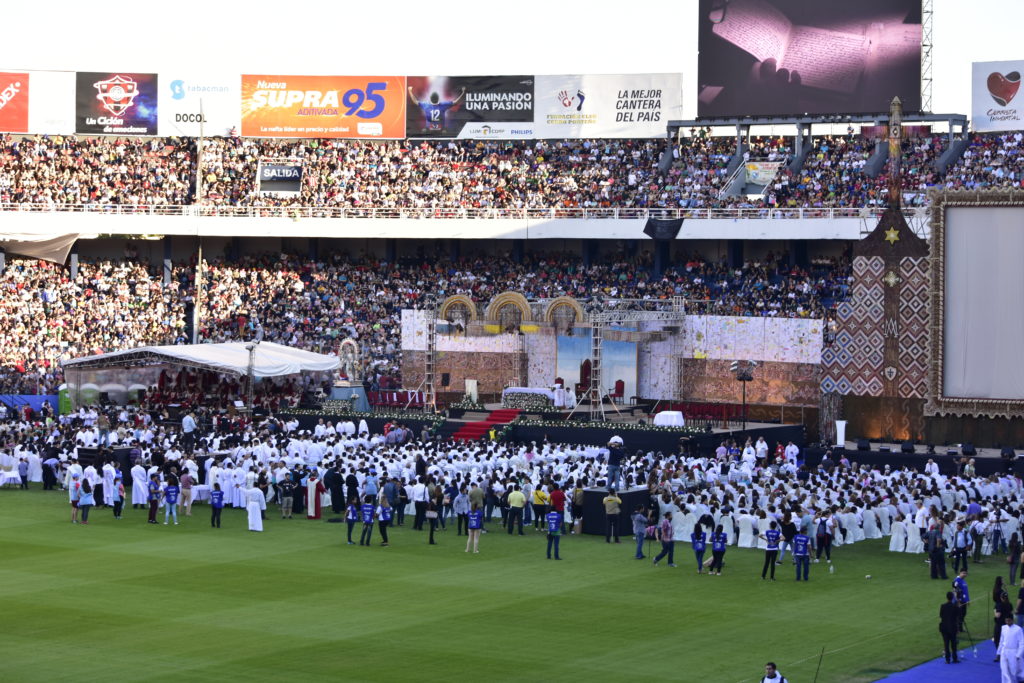